One of the most immediate results of the Black Lives Matter protests has been the removal of racist statues — not just in the United States, but around the world. Since protesters took to the streets last week after the murder of George Floyd by a white police officer in Minneapolis, statues of Confederate soldiers, slave traders, and other racist figures have either been torn down by crowds, or removed by city officials. From Boston’s statue of Christopher Columbus to a monument dedicated to King Leopold II in Belgium, symbols of white supremacy are finally getting the treatment they deserve. 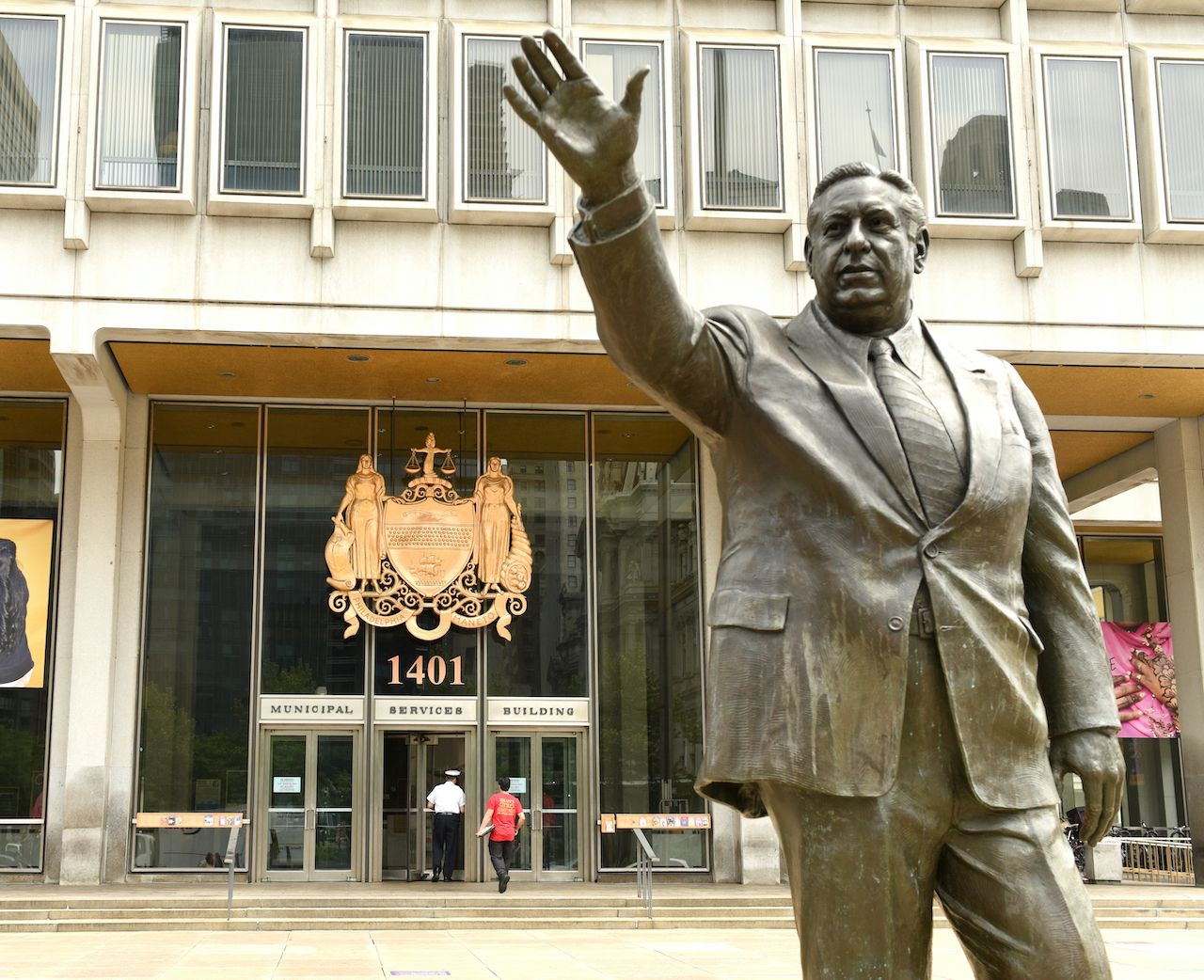 On June 3, 2020, the city removed a statue of Frank Rizzo, a racist former Philadelphia mayor and police commissioner. The statue had been slated for removal for three years, but when protesters attempted to light it on fire and bring it down using a rope, it prompted the city to finally take steps to take it down. “The statue represented bigotry, hatred, and oppression for too many people, for too long. It is finally gone,” said current Philadelphia Mayor Jim Kenny on Twitter.

Two monuments — a five-story-tall obelisk commemorating Confederate troops and a statue of Charles Linn, a Confederate officer and one of Birmingham’s founders — were taken down in Birmingham last week.

The statue of Charles Linn was torn down by protesters, but the obelisk, known as the Confederate Sailors and Soldiers Monument, was removed by the city on June 2, 2020. After protesters vandalized the monument and attempted to topple it following the online instructions of a professor of Egyptology at the University of Alabama at Birmingham, Randall Woodfin, city mayor, told the crowds he would “finish the job.” 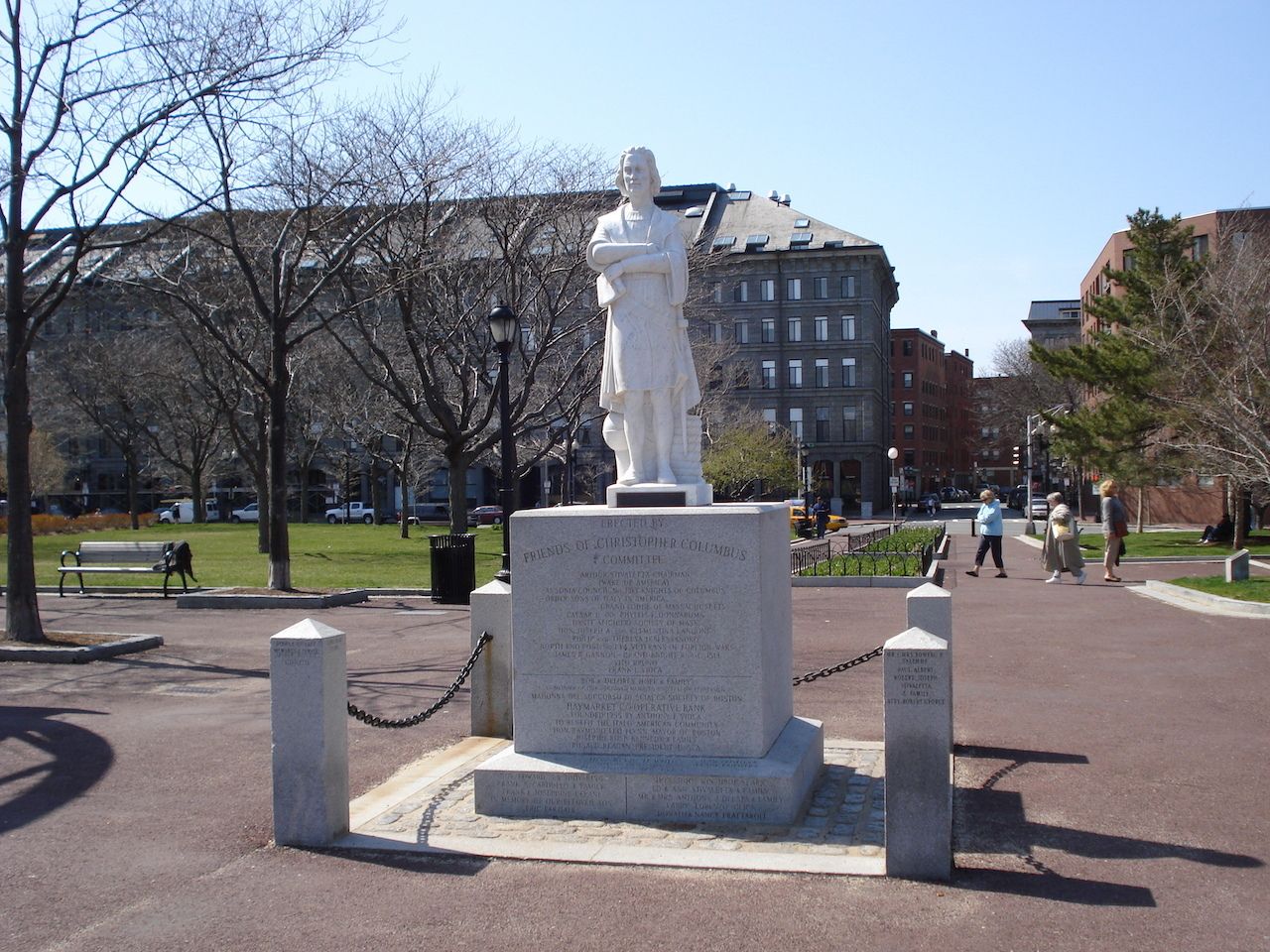 A statue of Christopher Columbus located in Boston’s North End neighborhood was taken down by the city on June 9, 2020, after it was beheaded by protesters.

Other statues of the controversial explorer, who violently exploited and killed indigenous people in the Americas in the 15th and 16th centuries, were torn down in cities like St. Paul, MN and Richmond, VA. 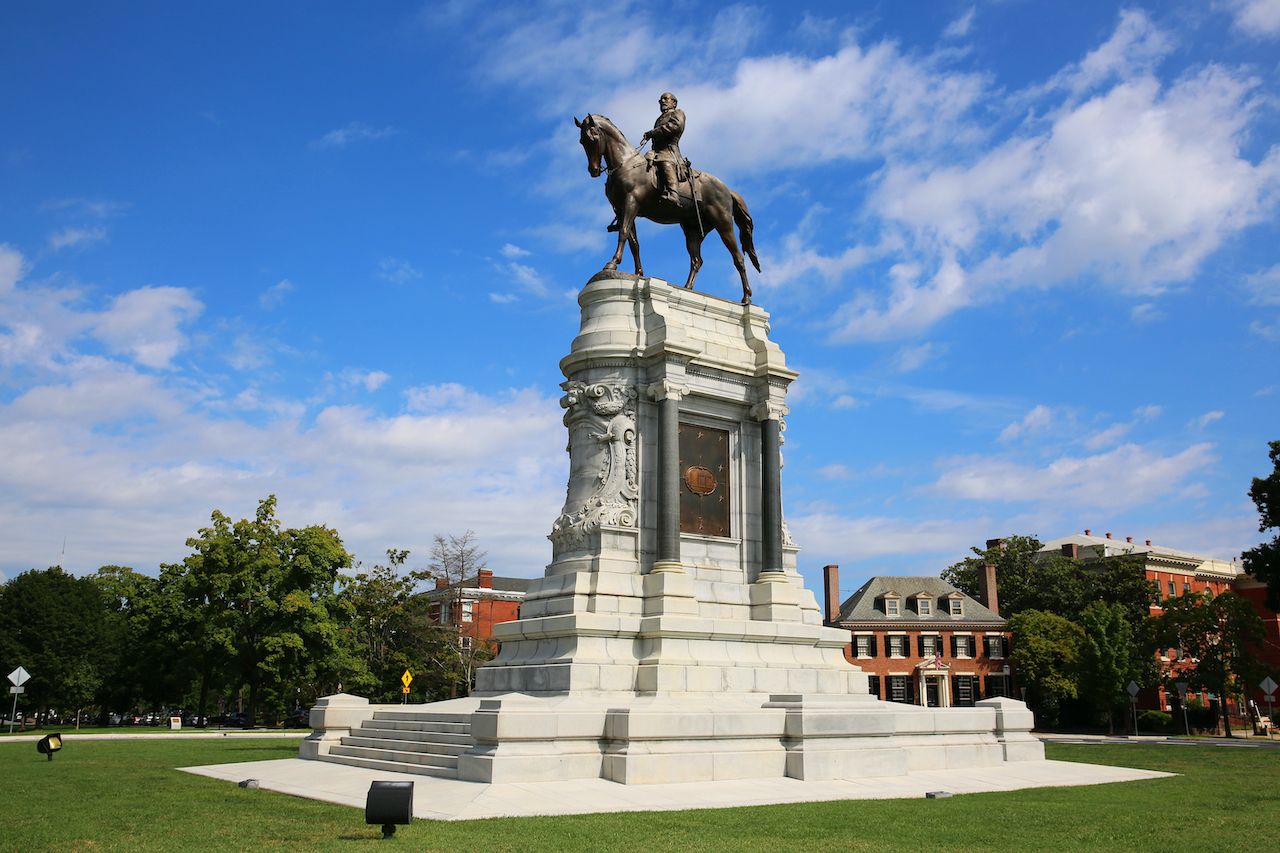 A statue of Christopher Columbus in Byrd Park was torn down by protesters using ropes, and then set on fire and thrown into a lake.

Richmond will also see the removal of one of its most recognizable monuments. A giant statue of Confederate General Robert E. Lee is now slated to be removed from its visible location on Monument Avenue and placed in storage. Protesters covered the statue in graffiti a couple of weeks ago, and last Thursday, Richmond Mayor Levar Stoney announced the statue’s removal. 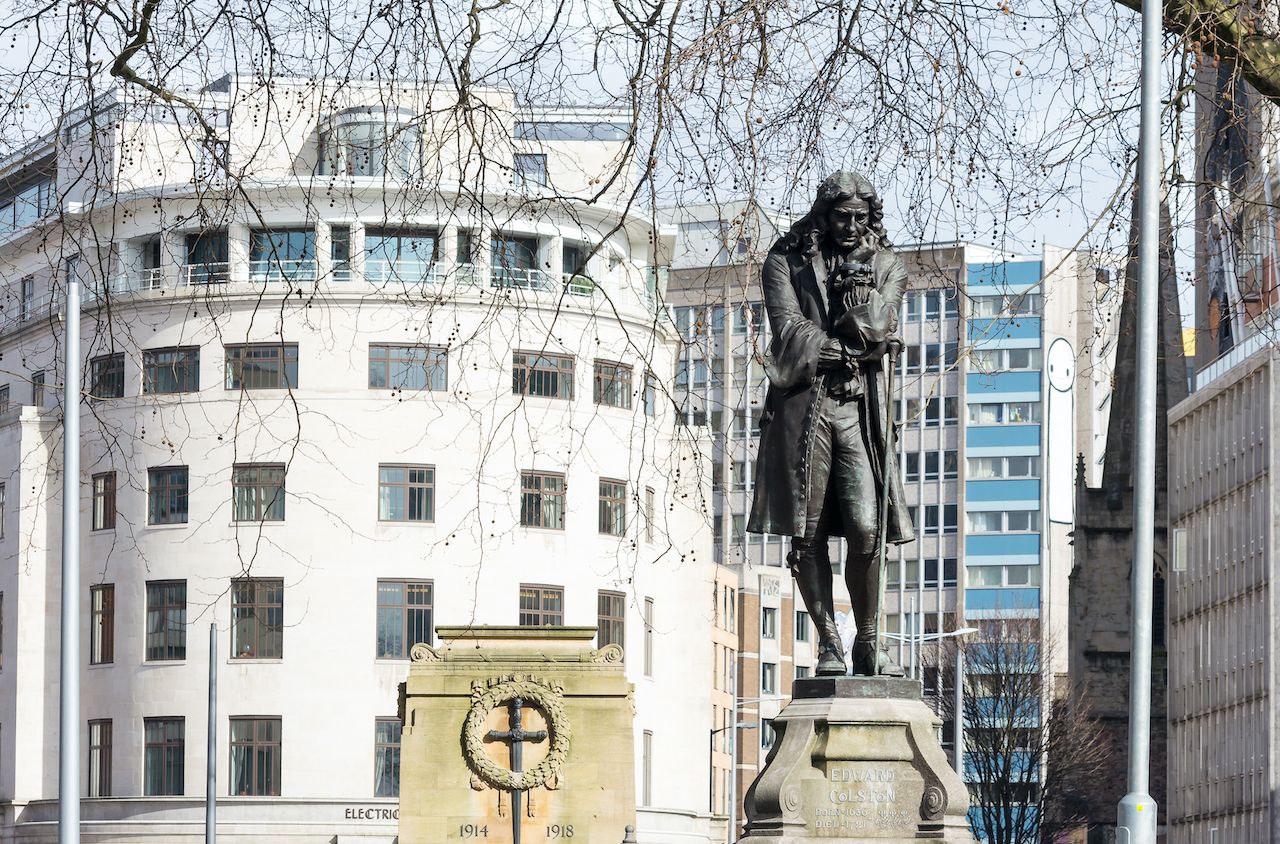 In Bristol, a statue of 17th-century slave trader Edward Colston was brought down by protesters with ropes. The statue has been controversial for several years, but the recent global events have thrust it into the spotlight. When the statue fell, a protester was pictured with his knee on Colston’s neck, emulating the way George Floyd was killed. The statue was then dragged through the streets of Bristol and thrown into the harbor. Bristol Mayor Marvin Rees said the statue will be retrieved and displayed in a museum along with objects from the Black Lives Matter protests.

Eighty-five miles away, in Oxford, a statue of Victorian imperialist Cecil Rhodes, located at Oriel College, is creating controversy. While many want the statue taken down, no action has been taken yet. There are talks about adding a plaque beside the statue to provide historical context rather than remove it entirely. 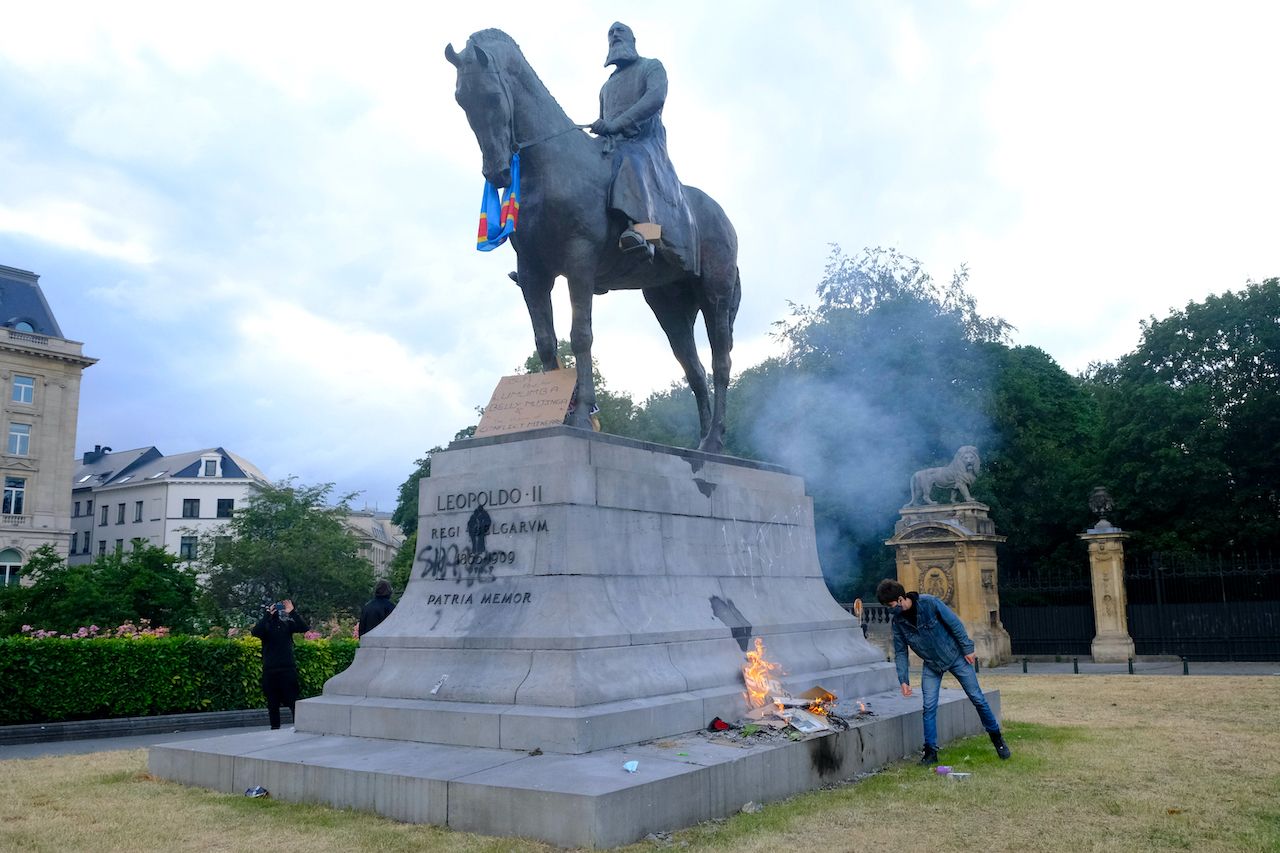 Statues of King Leopold II are being defaced all over Belgium, and many are calling for their removal. In Antwerp, protesters set a statue of Leopold II on fire last week, and it was subsequently taken down by authorities. When he was in power in the 19th century, he seized the Congo and led an exploitive and violent regime. Belgians have long criticized the statues as symbols of the country’s violent colonial history.

Museums11 Must-See African American Heritage Sites in the US This Year
Tagged
Activism News
What did you think of this story?
Meh
Good
Awesome