Let’s get some things straight right out of the gate. I’m not anti-technology. I’m not trying to raise my kids in a protective bubble where the only information they get is from me. My eldest daughter is all over every social media trend four years before I know the app even exists, and my other daughter has logged in God-only-knows how many hours looking at weird-as-hell You Tube tutorials (you know, for when she might need to know how to properly skin a rabbit or melt ice telepathically). They get plenty of screen time in when they go down the mountain into town…just not at home.

I moved from Michigan to Patagonia eight years ago, and one of the reasons was to raise my kids with a strong connection to nature, to give them a simple childhood that includes lots of tree climbing, fishing, swimming in crystalline rivers and lakes, kayaking, hiking, and, well, just being bored sometimes and having to figure out something to do.

Some studies suggest that most kids today spend half the amount of time outside as we did when we were younger — and some experts say it’s as pathetically little as 4 – 7 minutes per day. According to a 2015 study by Common Sense Media, American youth between 8-18 are logging in an average of 7.5 hours of screen time per day, not counting time spent online for homework.

I saw it with my own kids. When they get bored at home and had easy access to a screen, they used it almost thoughtlessly. They didn’t conscientiously think “should I go ride the neighbor’s horse or play with the dog, or should I scroll through Facebook?” They automatically gravitated toward the screen and checked out, zombie-like, for hours if I had let them. And, let’s be honest. As an exhausted single mom, it was all too easy for me to let them binge watch a television series if that meant I could enjoy some Malbec and a good book in peace and quiet.

But, *sigh*, they deserve better. Even if that means momma gets less Malbec and fewer hours reading peacefully.

In his book, Last Child in the Woods, Richard Louv explored the widening disconnect between kids and the outdoors and shared how it impacts their physical and emotional health. Through extensive research and examples, Louv attributed obesity, depression, and attention disorders in today’s youth to a childhood that is based indoors and online. He calls it “nature-deficit disorder.” 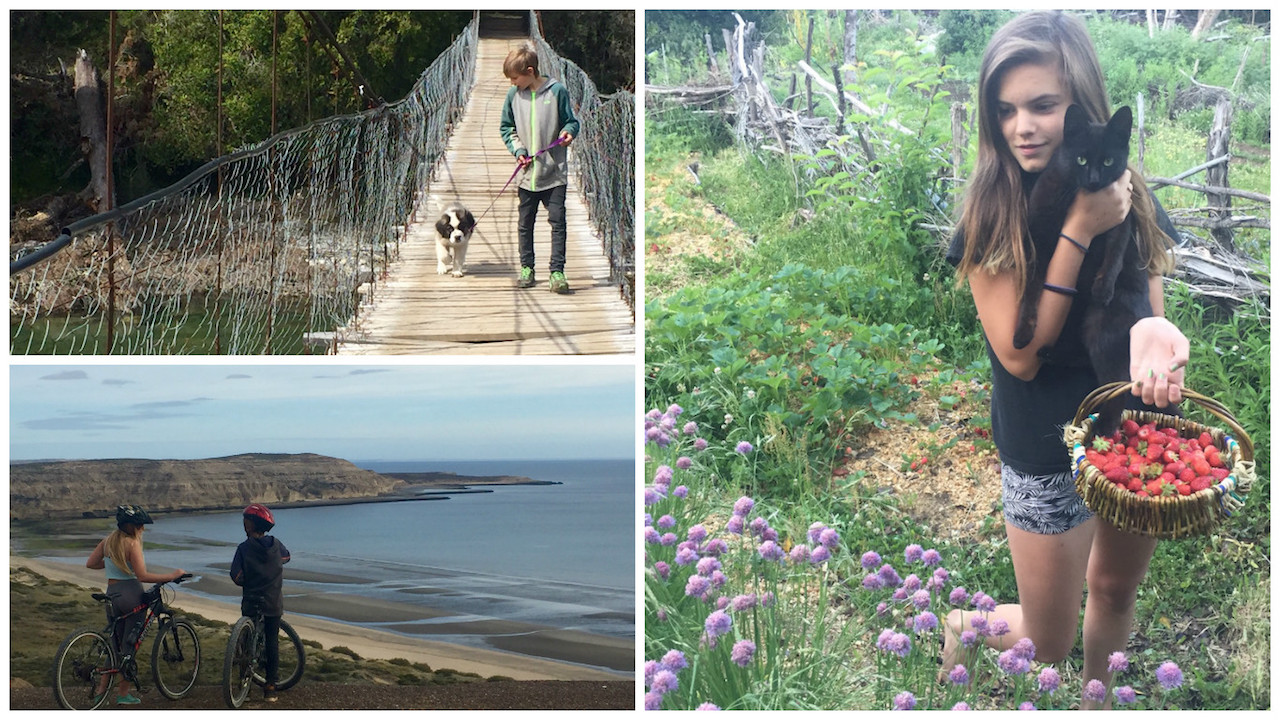 While Louv admits his findings were not a medical diagnosis, rather a societal diagnosis, more and more pediatricians have turned to “lack of nature” as a partial explanation for some issues they’re seeing in patients. Scientific research has shown that connecting with nature lowers blood pressure, reduces stress, and bolsters our immune system, as well as having many other positive impacts.

And, as someone who loves the environment, I have to face the fact that getting my kids to step away from the screen and spend more time in nature is crucial to the future of our planet. How can I expect my kids to care about the natural world if they don’t feel connected to it? Why should they care about rivers being dammed up if they don’t ever kayak or raft those rivers? Why should they worry about a new development clear cutting some forest if they haven’t spent magical days meandering through similar beauty?

In a 2006 study, Cornell University researchers studied people’s interactions with “wild nature” before the age of 11. What they found was that those who had early experiences hiking, camping, fishing, etc. cared more about the environment as adults than those who didn’t spend time in nature as kids. It’s kind of a no-brainer, but it seems like nowadays many parents expect their kids to care about nature just because they do.

So by unplugging at home, I’m hoping to cultivate a love and respect for the outdoors that lasts them well into adulthood, while giving them the healthiest, most fun childhood I can. Plus, it gives them plenty of things to show off on Instagram when they do get online in town.

Feeling motivated to get your own kids (or yourself) unplugged? O.A.R.S., the National Park Foundation, and NRS have recently launched the #100HoursUnplugged Challenge. Check it out at www.100HoursUnplugged.com.

LifestyleI’m a Millennial Who Does Not Own a Cell Phone. Here’s Why I Think It Makes My Life Better
What did you think of this story?
Meh
Good
Awesome