The opening scenes of Morgan Neville’s new documentary about Anthony Bourdain’s legacy, Roadrunner, feels like a haunting. Bourdain’s voice floats onto the screen, narrating his story from the afterlife. It’s an emotionally jarring moment that will hit Bourdain’s longtime fans like a wrecking ball — just one moment among many in Roadrunner that will resurface the grief and heartache brought on by Bourdain’s passing in 2018.

“To tell a story about Tony and never have his voice just felt wrong,” Neville tells me. “He was always his own character. So he could help tell his own story.”

Neville brings together friends and colleagues of Bourdain’s, including friends Eric Ripert and David Chang, as well as his producers and directors, like Helen Choi and Tom Vitale. Clearly still wrestling with anger and grief over his death, each figure reflects on the legacy of a man who was in many ways easy for fans and outsiders to idealize and romanticize.

Rugged and charming, astonishingly smart and quick witted, it was only natural to elevate Bourdain to a pedestal. But Neville isn’t so easy to fool, and while clearly admiring of Bourdain’s accomplishments, he also allows his interview subjects and his own archival research of behind the scenes clips to show another side of the television host and writer — one that brings the legend back down to earth. In one equally moving and disturbing moment, for instance, Chang bursts into tears recalling the moment when Bourdain told him he would never be a good father.

But that ultimately is what Tony, as Neville refers to him, would have wanted. Bourdain and the people who loved him wouldn’t have felt that a fawning, idealized portrait of him would be honest or even ethical. This was, of course, a man who was open about his rocky past — who, as Neville puts it, “embraced brutal honesty,” openly explored his cocaine and heroin addictions, and whose dark sense of humor tended toward unsettling jokes about death.

“He was upfront about his flaws,” Neville says. “Almost like a badge of honor, wearing his flaws on the outside. I think that’s something incredibly endearing about him: He wasn’t bullshitting, and so people could trust him. But I also feel like for all his introspection, he had some blindspots.”

Neville recalls one of his first meetings with Chris Collins and his wife Lydia Tenaglia, who were collaborators on Bourdain’s show Cook’s Tour and who ended up working with him over the course of the rest of his career. Neville launched into what he calls a “rambling” speech with Collins and Tenaglia, in which he praised Bourdain’s work and made it clear how important it was to him — until they stopped him and offered a blunt reminder: “He could be such an asshole.”

“I think doing something hagiographic would have been totally the wrong thing,” Neville continues. “I felt like they were giving me permission [by saying] ‘Don’t sanctify him. Tony does not need it.’”

Part of understanding Bourdain was not just to create a nuanced, honest portrait of someone who was almost universally and unconditionally beloved, but to also examine where his perspective falls short. Yes, he was an exceptionally, almost uncannily perceptive and insightful person. But he also had trouble seeing and understanding himself — and his impact on others.

“He was aware of his emotional shortcomings, but he didn’t focus on those,” Neville says. “In a way, it’s a lot easier to talk about addictions and mental health, but his most fundamental shortcomings had to do with how he could feel love and receive love.”

That revelation is perhaps especially heartbreaking given how loved he actually was. The tension between Bourdain’s struggle to feel loved and how much he’s loved by his family and colleagues is very much a central pillar of the documentary. 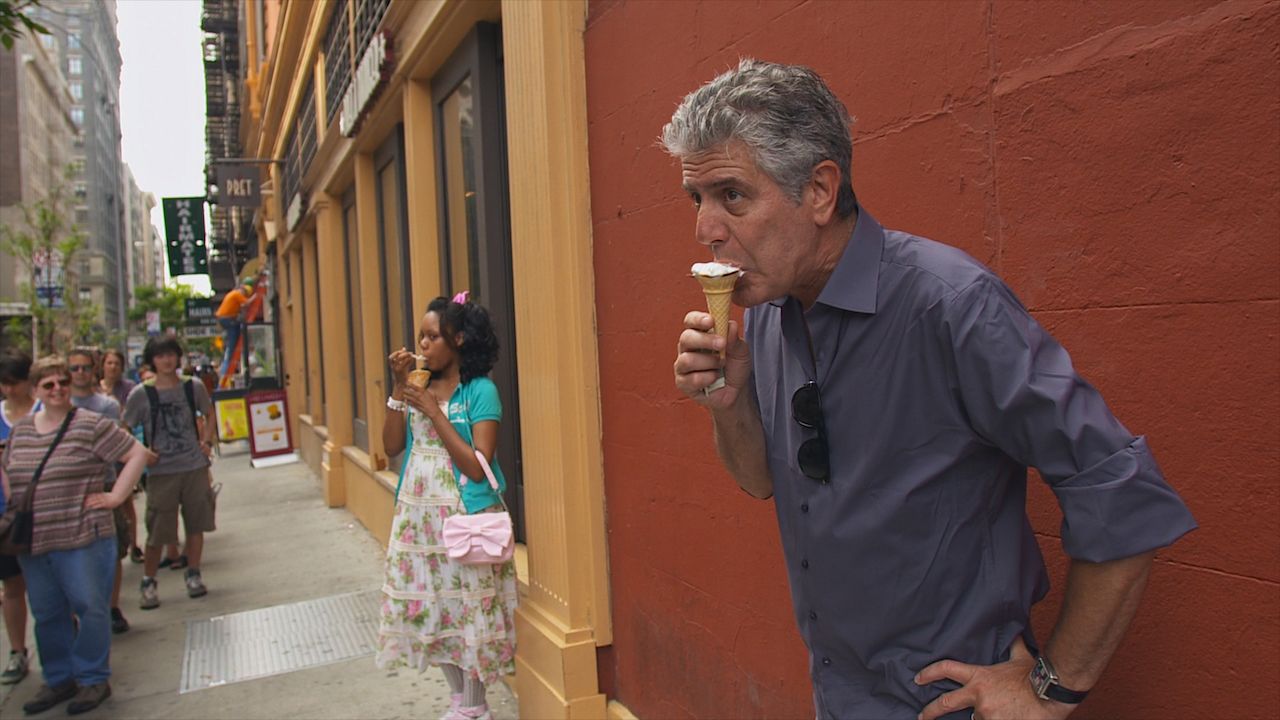 The memorial that popped up for him outside of the restaurant Les Halles is just one testament to the outpouring of pure devotion people felt for him. Not just by the strangers who watched his show, but by the people closest to him. His presence fundamentally changed everyone he encountered — in-person or through a screen — and almost always for the better. One undeniable element of Bourdain’s legacy, in fact, is that everyone who knew him loved him — and still does.

Yet Roadrunner grapples with Bourdain’s distorted version of himself. Not just in the emotional and psychological sense, but also in his professional life. In one stand-out audio clip Neville unearths, Bourdain insists that it’s not his purpose to be an educator, advocate, or a journalist — and that it’s not even his intention to inspire people.

Moments later, Eric Ripert refutes this claim directly, speculating that perhaps he didn’t fully realize how fundamentally political his work was. Indeed, from an outsider’s perspective, his greatest impact arguably was how much he did inspire people in so many ways. He inspired people to travel and experience unfamiliar food, but also, and more importantly, he inspired people to be more compassionate, curious, empathetic, outspoken, and fearless. But it might have been easier for Bourdain to ignore his influence on strangers than acknowledge it.

“Tony often had a willful ignorance about himself,” Neville says. “I feel like he tried to keep everything in a bubble. If he actually had to confront the platform he had or the influence he had, that would become overwhelming. So he put blinders on just as a way of focusing on the job. I think it felt much safer and more manageable for him to make it feel smaller than it actually was.”

It might be difficult for long-time devotees of Bourdain’s work to accept his conflicted attitude toward his work (it certainly was for me), but that’s part of a tension at the heart of the documentary. He was a journalist of the highest order and made television that changed American culture for the better, and yet he seemed to struggle to justify and accept his purpose as our tour guide.

The documentary will also almost definitely bring back to the surface all the grief fans of Bourdain felt, and continue to feel, after he died. One of the greatest contradictions of Bourdain’s life is that he was a profoundly lonely person. Yet everyone who encountered him felt that we were his dearest friends. He drew us in and made us all feel like his most intimate confidantes. We were — we are — so attached to him not as a celebrity, but as a person, and many are still struggling to understand why he left us behind. 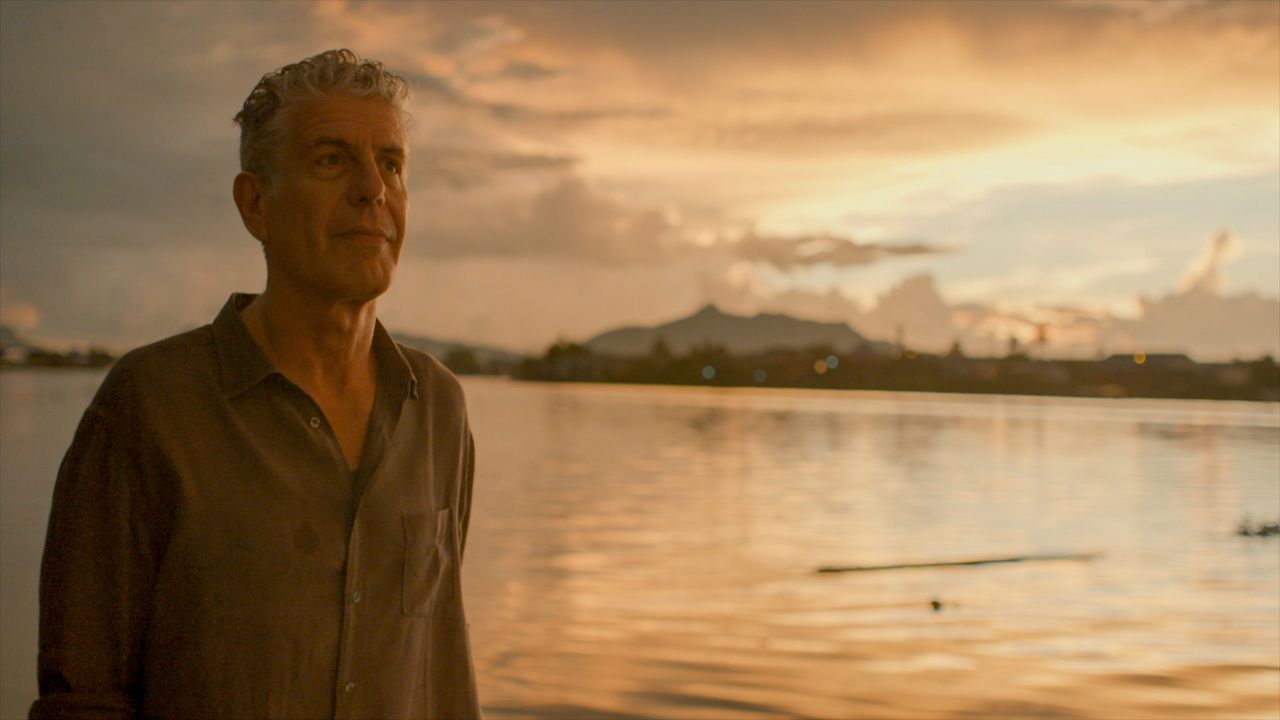 Roadrunner is also a cathartic, final eulogy for Bourdain. It’s not a satisfying eulogy, exactly, but a comfort nonetheless. It’s a road map to recovering from his death that I imagine people who loved him will return to again and again, seeking answers and solace in his own words and those of his friends. Neville does his best to compassionately create space for the people he interviewed to be emotionally raw. In doing so, his film reaffirms that the mourning period is not over. Maybe it never will be.

“I saw every stage of grief making this film — people being angry, sad, forgiving,” he says. “Experiencing all that grief, I had to honor it. I wanted people to feel that crater he left behind when he died.”