For the first time in 300 years, worshippers will be able to ascend Rome’s Holy Stairs (or “Scala Santa”) — located in the Santuario della Scala Santa e Sancta Sanctorum — without its protective casing, lending the pilgrimage there an even greater significance.

Said to have originally been located in Pontius Pilate’s palace in Jerusalem until they were transported to Rome in 326 AD, these are the stairs that many believe Jesus climbed before receiving his death sentence from Pontius Pilate.

For three centuries, on the order of Pope Innocent XIII in 1723, the stairs were encased in protective planks of walnut wood, preventing the many worshippers who climbed on their knees from touching and damaging the marble surface. Their wood covering is now being restored, however, so until June 9, the faithful have the rare opportunity to touch the original steps. 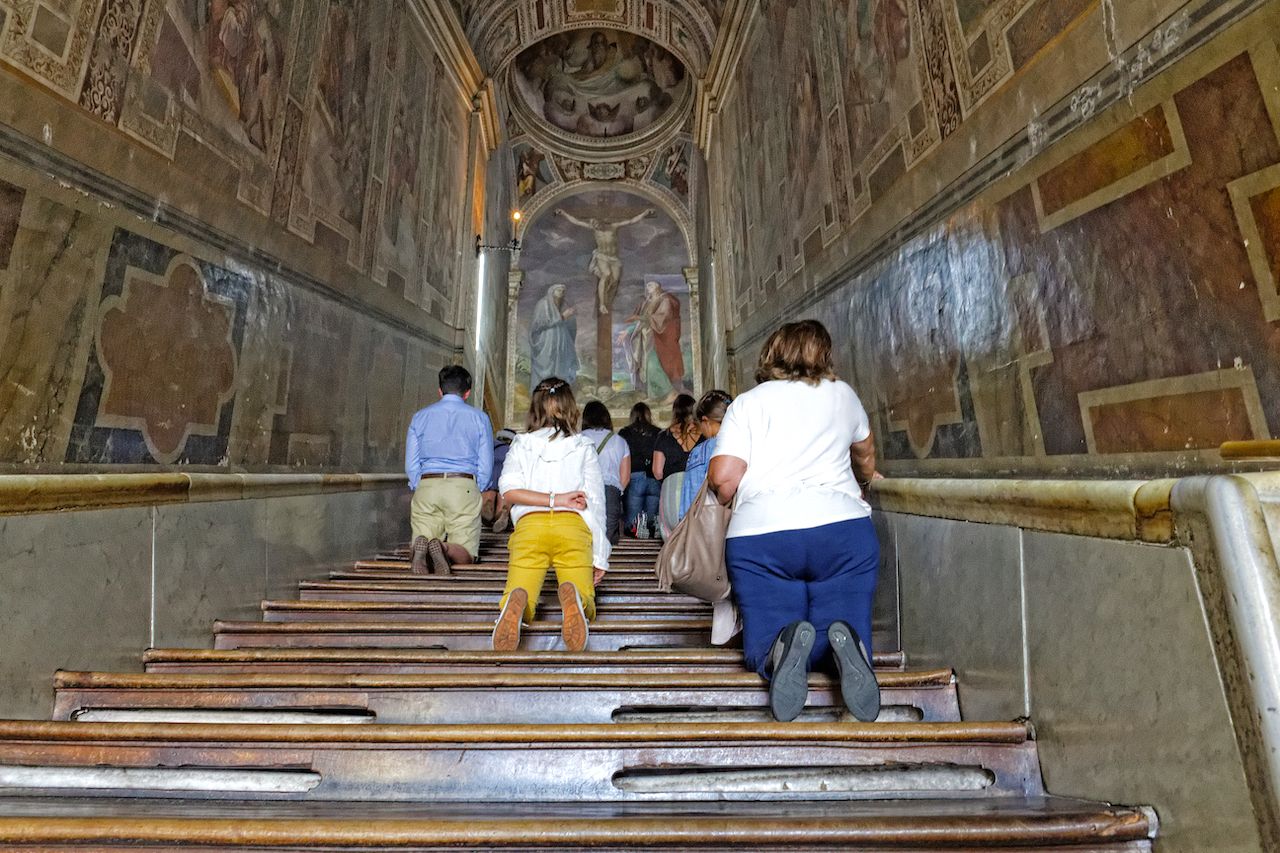 The restoration is the first time the 28 steps have been exposed since a cleaning in the 1950s, and many objects have already been found under the wood, including coins, photos, handwritten prayers, and rosaries. The frescoes around the staircase were recently restored.

If you’d like to take advantage of the rare opportunity to ascend the bare stairs, you must do so before June 9, the Feast of Pentecost, when the casing will be re-installed. The inauguration, which will take place from 3:30 PM to 5:30 PM on that day, will include a presentation of the restoration, a benediction of the Stairs, and a holy mass.

Budget TravelHow to save money on your trip to Rome
Tagged
News
What did you think of this story?
Meh
Good
Awesome