Survival expert Bear Grylls is back this summer with a new iteration of his hit show, in which he takes celebrity guests through some of the earth’s challenging areas and teaches them survival skills to master. The opening segment of Running Wild With Bear Grylls: The Challenge has Grylls and actress Natalie Portman take on the slot canyons of the Escalante Desert. Portman learns how to descend a narrow canyon, cross a deep ravine, and how to light a fire to signal for their extraction from the southwestern Utah region. In the second episode, actor Simu Liu learns how to protect himself against the freezing elements of the Canadian Rockies and he puts newly learned winter mountaineering skills to the test.

We caught up with Grylls recently just after the premiere:

Matador Network: If ever lost in the wild, what’s the first thing we should make sure to do? 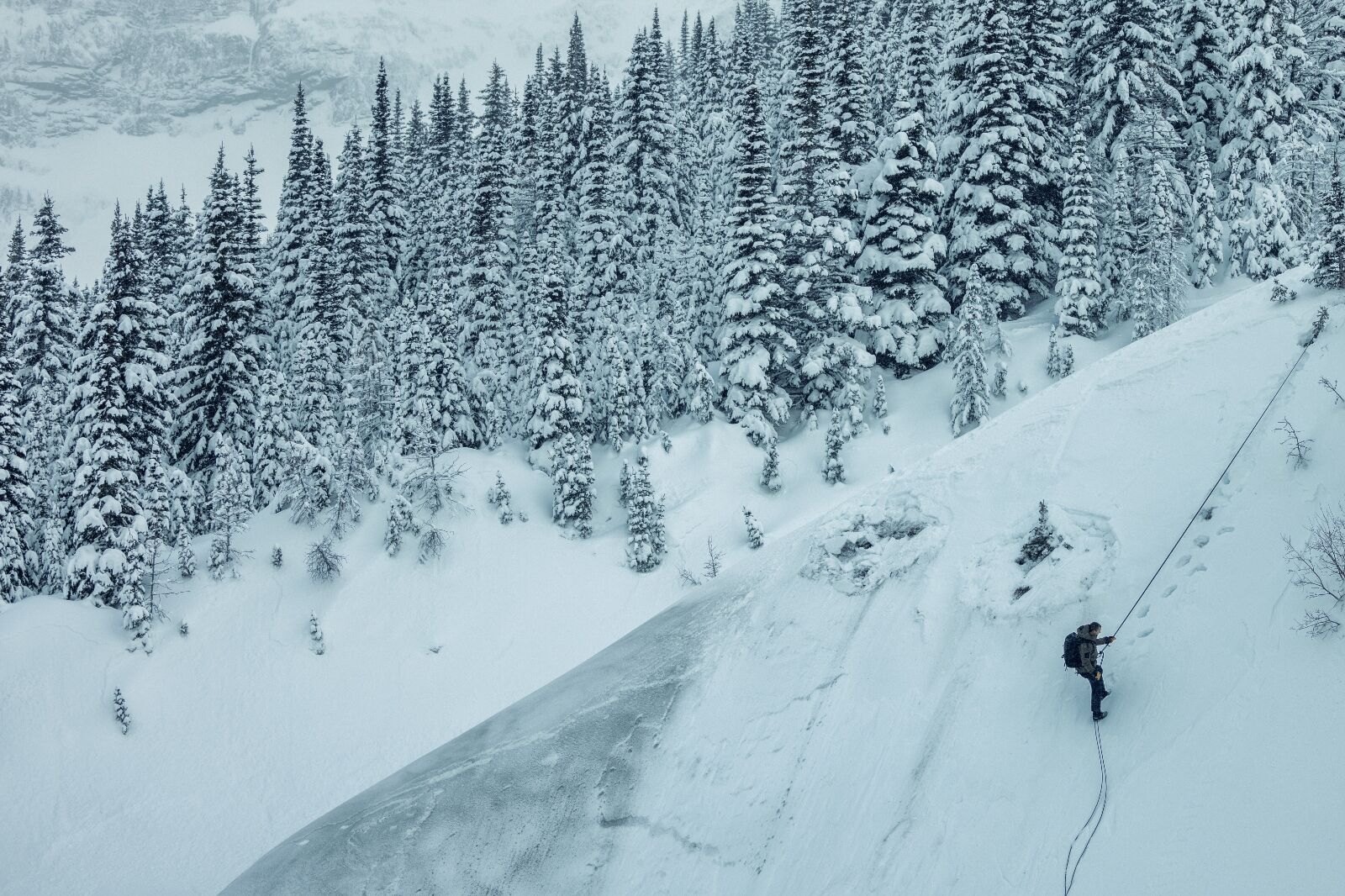 Bear Grylls: First up STOP. Most people rush in and make bad situations worse by panicking and doing a few rushed bad moves. STOP stands for stop, take a moment, observe, plan. This way you give yourself a fighting chance to reverse a simple error. Remember: your greatest asset is your brain. Think laterally, be smart, be resourceful and be determined to make it. Those are the elements that set survivors apart.

What gear should every adventurer always have with them? 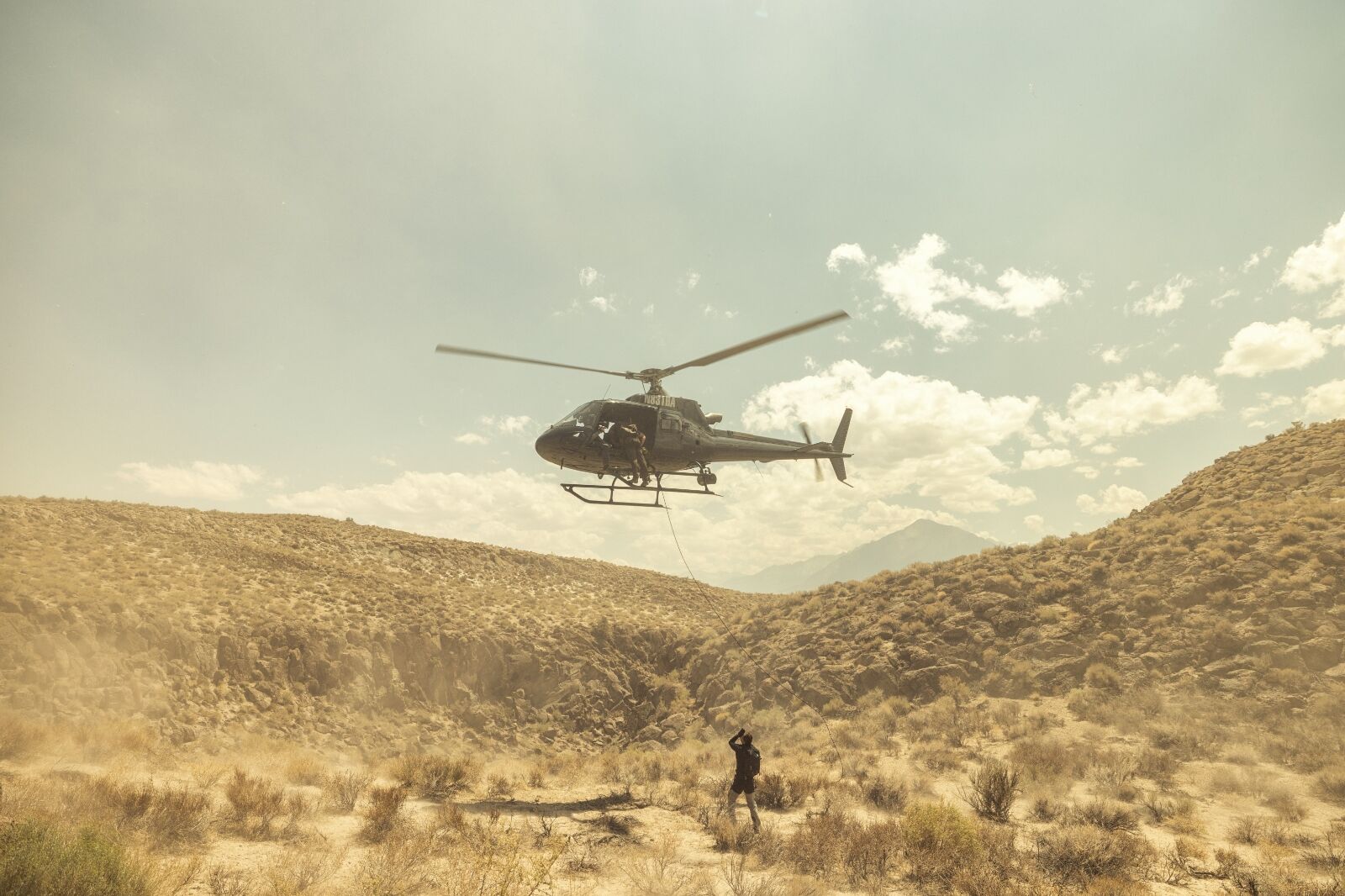 Being prepared is so important, it sets you up for success from the get-go. Research the area and know the key items that will help you. For example, in the snowy mountains, a set of spare gloves can be a lifesaver. Ditto a small down jacket that you keep waterproofed and tucked into a small pounce in your backpack. Staple items are a multi-tool, waterproofed comms, such as an iPhone or satellite phone if off-grid. A small first aid and a fire starter kit. Enjoy water and some energy bars. Protective clothing: hat and long-sleeved shirt for desert and waterproof jacket for mountains.

This season takes you from the Escalante Desert with Natalie Portman to the Canadian Rockies with Simu Liu. What’s been your favorite terrain to adventure in? 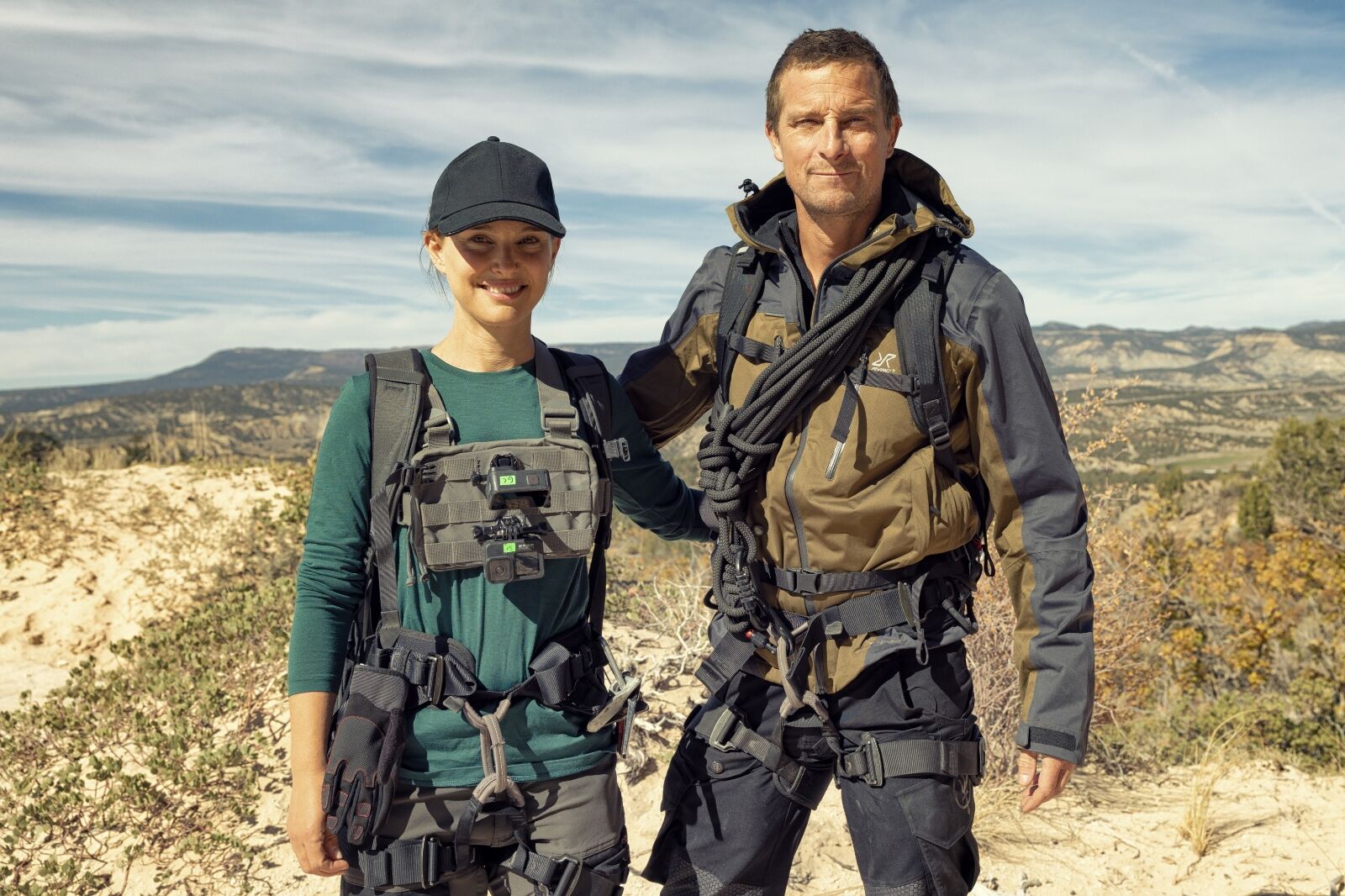 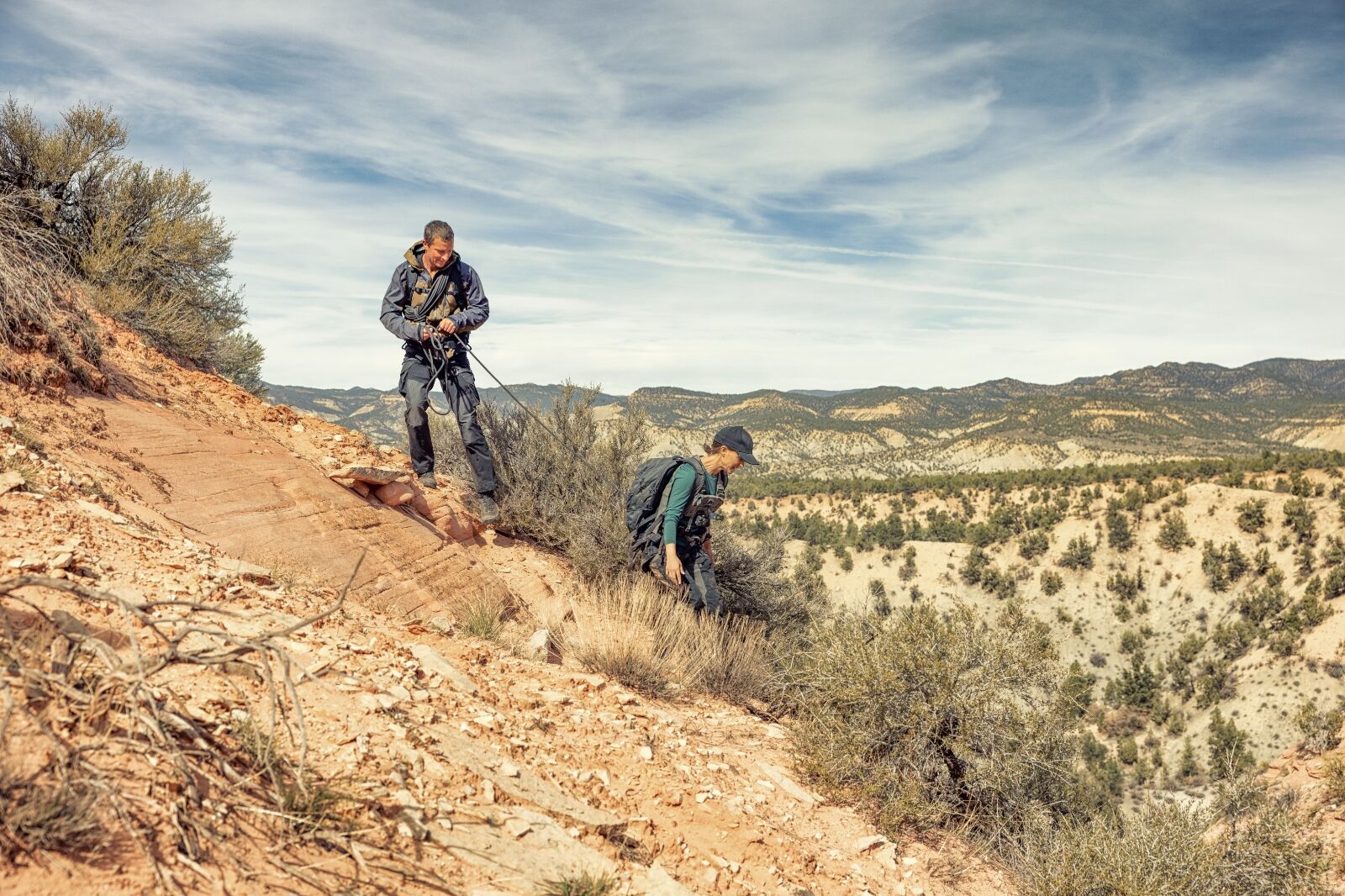 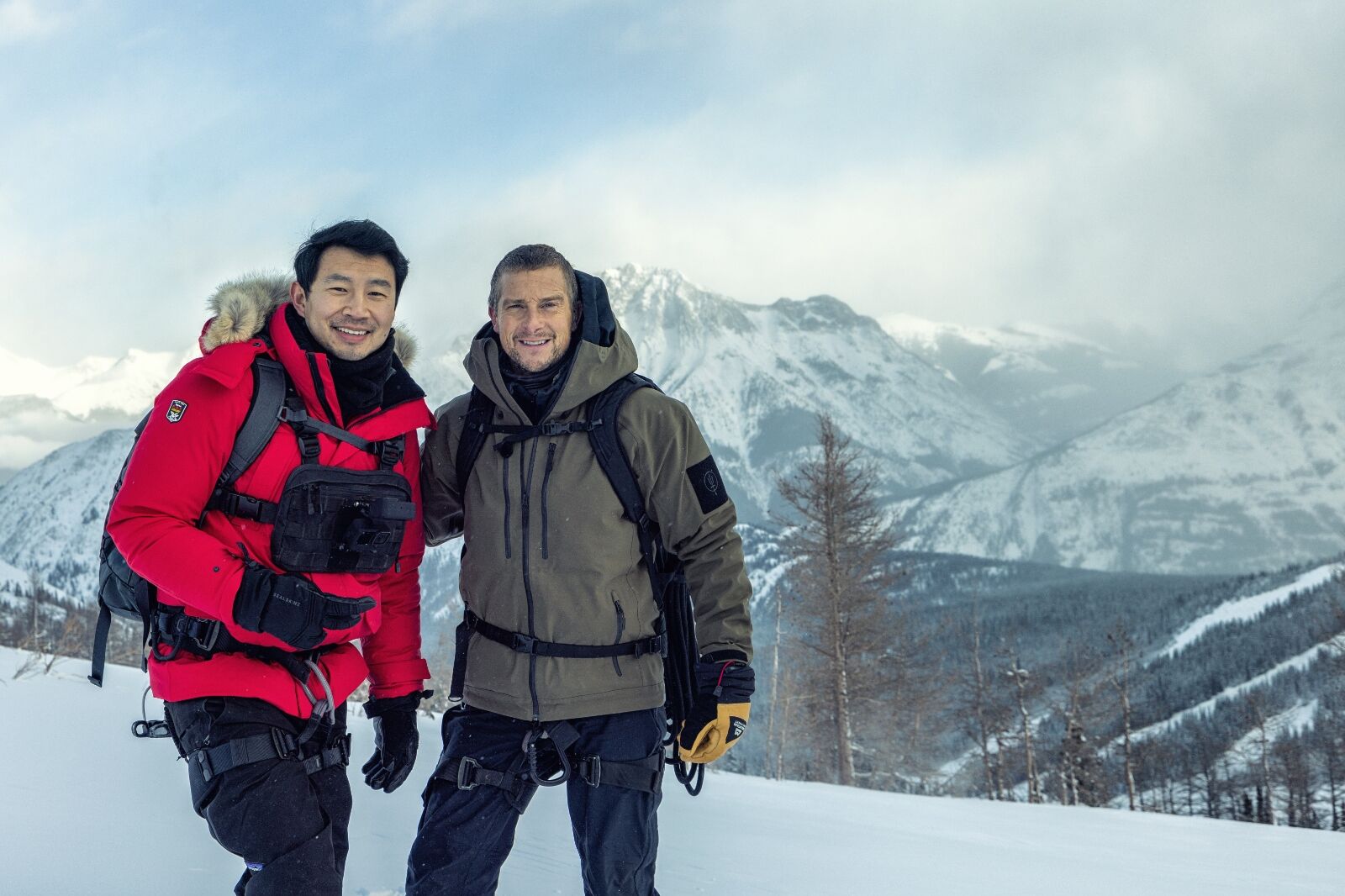 Every adventure for this season was a unique one for me, and we definitely pushed the boundaries in all respects. From the jungles to the high mountains. The stars come on this show because they want the empowerment that being in the wild can give and they want to learn some skills that might help them in life. Going to the Canadian Rockies with Simu Liu was one of the toughest. We were there in winter in storms and sub-zero conditions.

From the opening episode, we learn how to filter dirty water through underwear. What are some other luxury pieces we could use when all the underwear has already been used up? 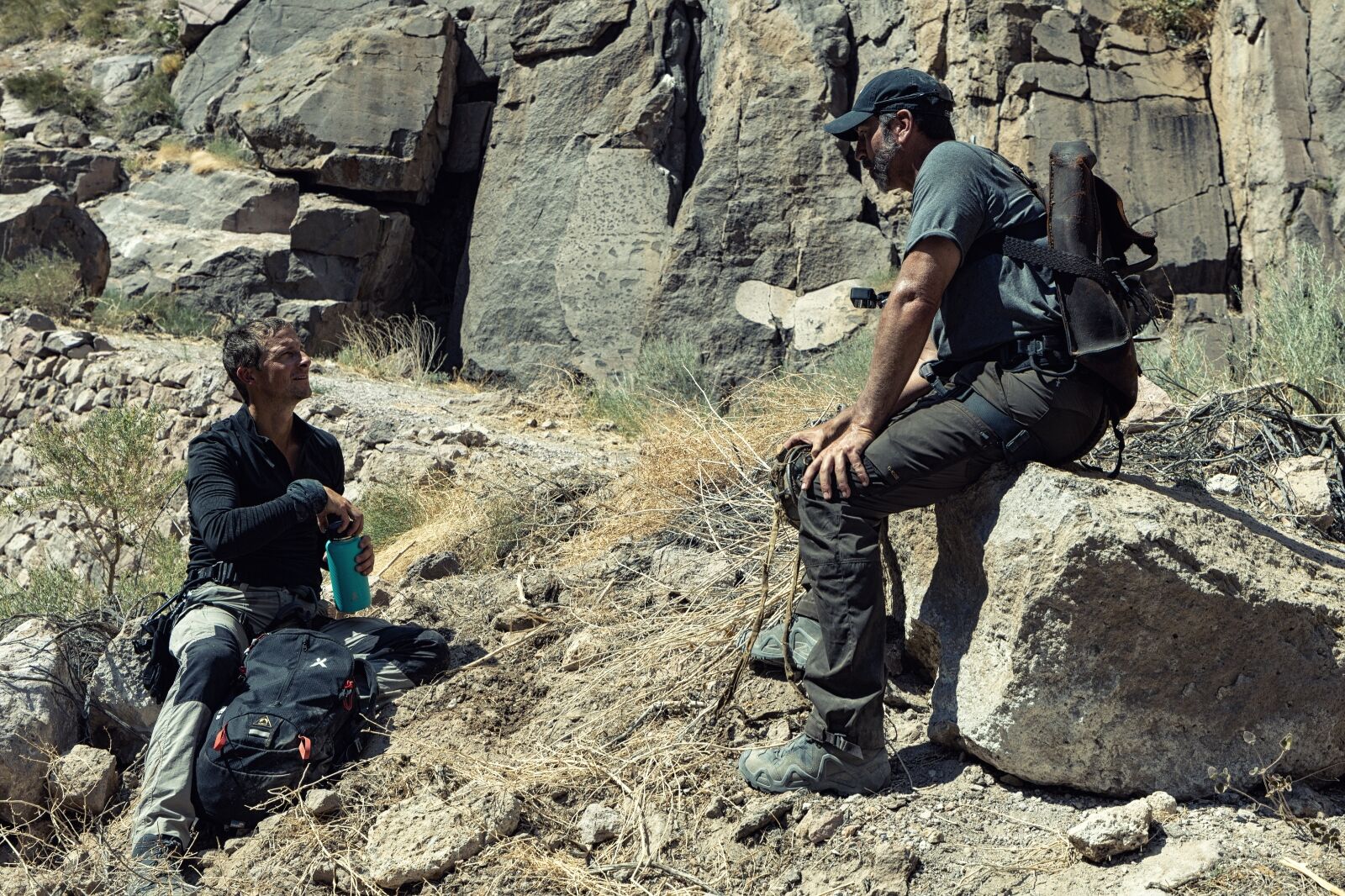 Survival is all about being resourceful and using everyday items in ways that can help you stay alive. To filter the water you can use anything — yes underpants work but I’ve often also used socks or a t-shirt. Or used batteries or chewing gum to start a fire. You just have to use your imagination.

You mention the importance of having a positive spirit for survival. What is one situation you have been in that you couldn’t have gotten through without positivity? 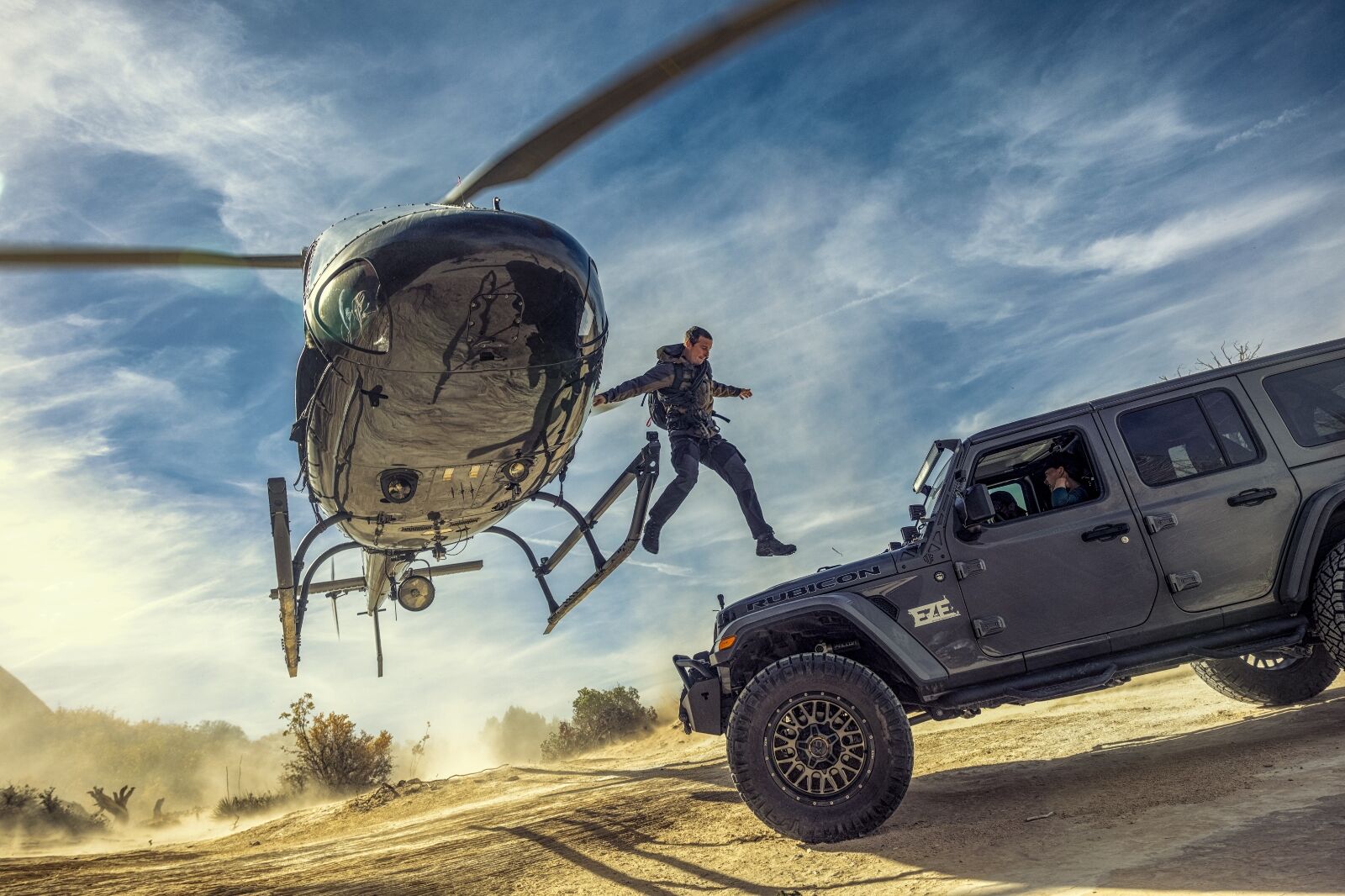 A lifetime in the wild has taught me that attitude is the ultimate key to success and survival. The wild opens people up and never judges you, but it does ask a lot of us if we are going to survive. A good mindset is about positivity, resourcefulness, courage, determination, and faith. I remember being on Everest for three months in a small tent and often battling up the high faces for up to 18 hours a day. In those moments, heart, friendships and a never give up attitude count for everything. As does kindness. A key attribute to survival in groups.

From our exchange with Grylls and watching the first two episodes this season, we learned the following seven survival tips from him:

Currently running on National Geographic with new episodes every Monday, the rest of the season has Grylls survive in the jungles of Costa Rica with Ashton Kutcher, the volcanic rainforest with Florence Pugh, the Sierra Nevada Mountains with Anthony Anderson, and the Great Basin Desert with Rob Riggle. All the episodes will be available to stream on August 10 on Disney+.

OutdoorWhat It’s Like To Be a 2022 Olympics Ski Patroller: Quarantines, King-Size Beds, and 80 Mph Skiing
Tagged
Adventure Travel Outdoor TV
What did you think of this story?
Meh
Good
Awesome