When people think of where to soak up French culture in North America, Quebec and Louisiana may come to mind. While these places are iconic for how they’ve adopted customs, language, and heritage from across the pond, there’s a hidden piece of France — actual France — just off the east coast of Canada. Saint Pierre and Miquelon, an hour away from Newfoundland, are self-governing islands belonging to France.

The isles embody a distinctly French atmosphere and way of life with the bonus of being France’s only “overseas collectivity” that’s in North America. It actually is France — and it’s accessible via a remote Newfoundland fishing village. Just like its unique position in the world, there are a lot of surprising things to do in Saint Pierre and Miquelon. Here’s how to spend an unforgettable weekend in France — without leaving North America.

Getting to the islands 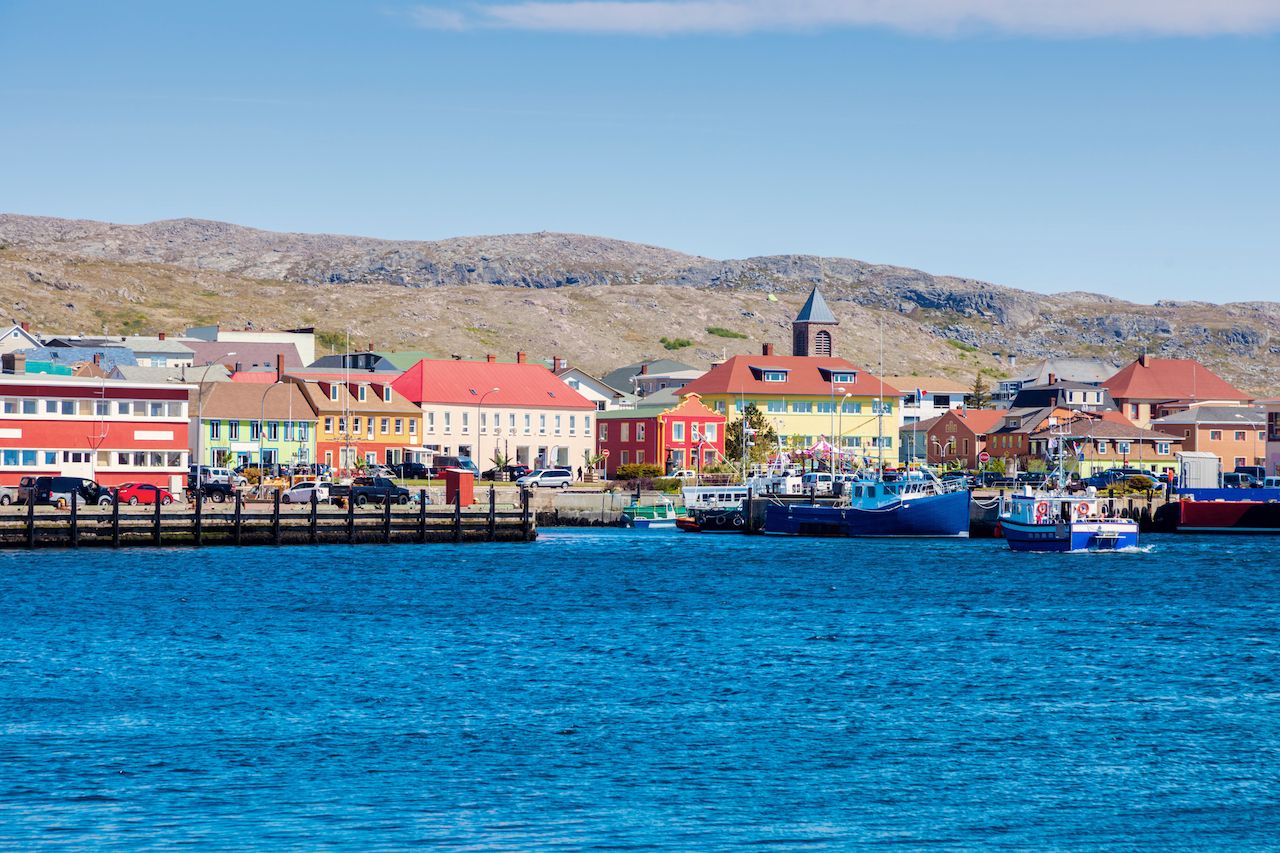 Saint Pierre is the smaller of the islands, but it’s home to a town of the same name, which is the central hub for visitors and where most of the islands’ 6,000 residents live. You can fly in on Air Saint-Pierre from a handful Canadian cities, including Montreal, St. John’s, and Halifax. Flights also come in from Paris during the summer tourist season.

But the real way — the adventurous way — to get here is to take the SPM Ferry from Fortune, on the southern coast of Newfoundland, into Saint Pierre. The ride takes about two hours on the open water and shuttles back and forth a few times per day, though you should reserve your ticket in advance. There’s also a ferry from Fortune to Miquelon from May to September when the islands see the majority of their visitors.

Use Saint Pierre as your base for exploring the islands. There are hotels throughout town, but for a unique experience, the Gunina Guesthouse or Pension B&B give you the chance to meet and get honest recommendations from a local host. Though the entire town is walkable, stay between Rue Borsaint and the coast for the quickest access to museums, cafes, and street happenings.

The island of Miquelon, west of Saint Pierre, is a sightseeing stop. There’s not a proper town there, and the 600-person village of Miquelon-Langlade is about the only place on the island with services. It does have an airport where you can reserve a flight in advance to fly in from Saint Pierre. The few hotels in Miquelon-Langlade include the Auberge de l’Île, your best bet for an overnight stay.

Chow down on croissants, pain aux chocolat, and mille feuilles. 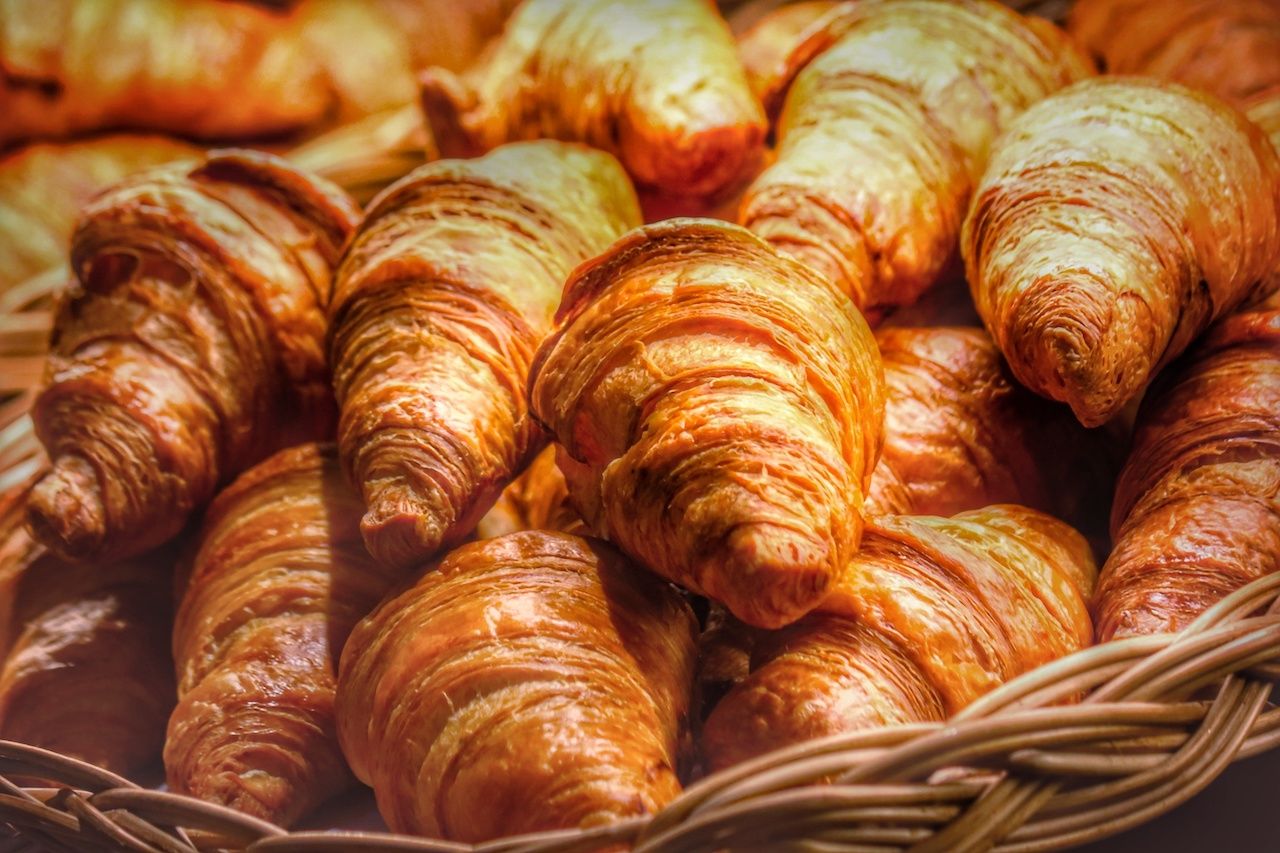 Beyond the language and architecture, the born-and-bred Frenchness of Saint Pierre is most noticeable in its culture of viennoiserie, or baked goods. They love their pastries. It’s not uncommon to see locals lined up outside of the many neighborhood boulangeries for freshly baked croissants and pain aux chocolat early in the morning.

If you only have a few hours to explore Saint Pierre, don’t skip a croissant. It’s well known that the flaky, buttery pastry tastes best in France — and it’s not just in your head. French butter is richer than American butter due to the fat content, and that extra fat is perfect for baking flaky, melt-in-your-mouth French pastries.

If evening apéro is more your speed, head to Les Délices de Joséphine, a tea room and more with a strong selection of French wine. To do as the locals do, grab a fresh baguette from a neighboring boulangerie, along with a selection of cheeses and charcuterie, and spend an evening nibbling bites in the cafe, wine in hand. 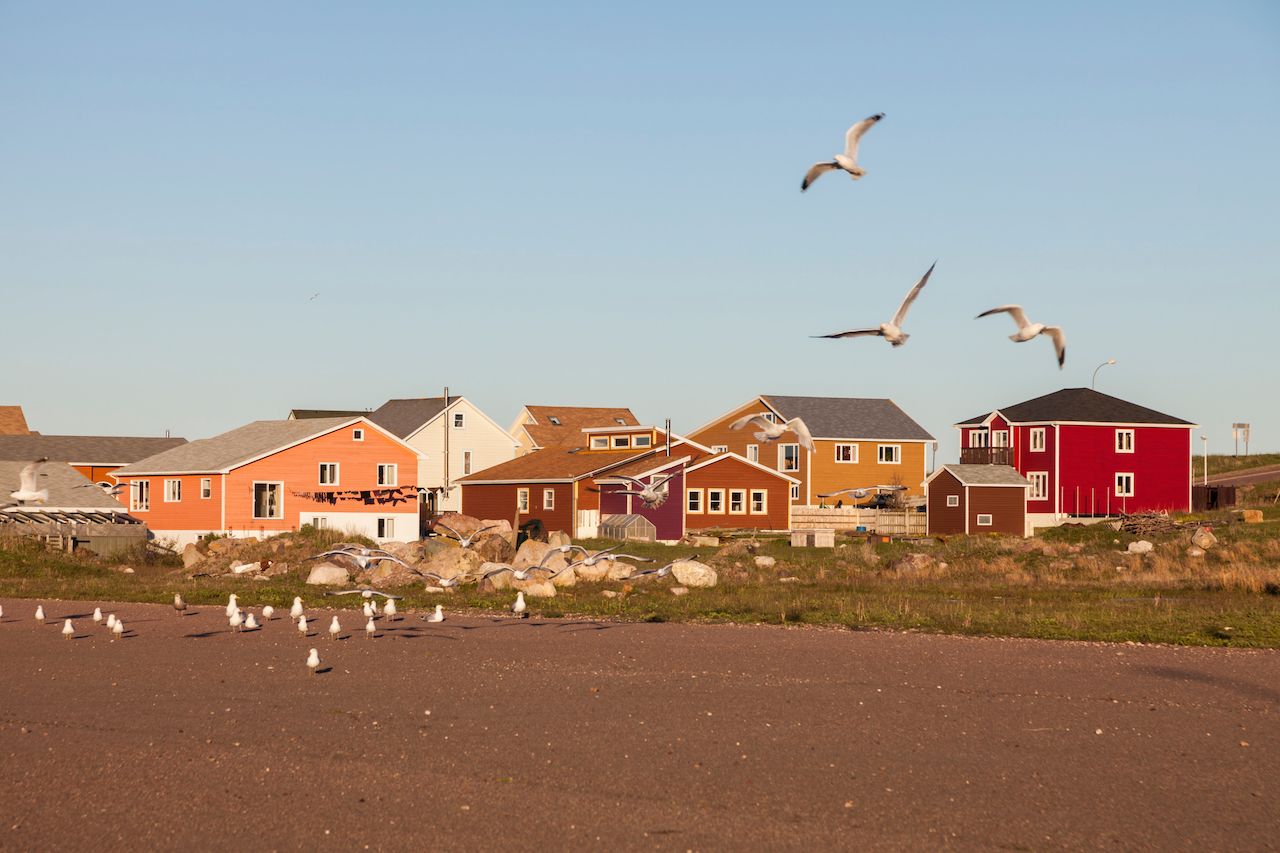 Even if you’re only in Saint Pierre for a day or two, pencil in the time to take a sightseeing walk around the city. This shouldn’t take you more than an hour or so, depending on how often you stop for photos or to pop into a storefront. The charming wooden houses in the city center are splashed with bright colors and represent the pride of the inhabitants of the archipelago — while blending Newfoundland and French architecture in a manner unseen anywhere else in the world. The winding, cobblestone streets are also reminiscent of Europe, and with the crashing Atlantic Ocean waves in the background, it can be easy to forget that you’re closer to Detroit than you are to Marseille. 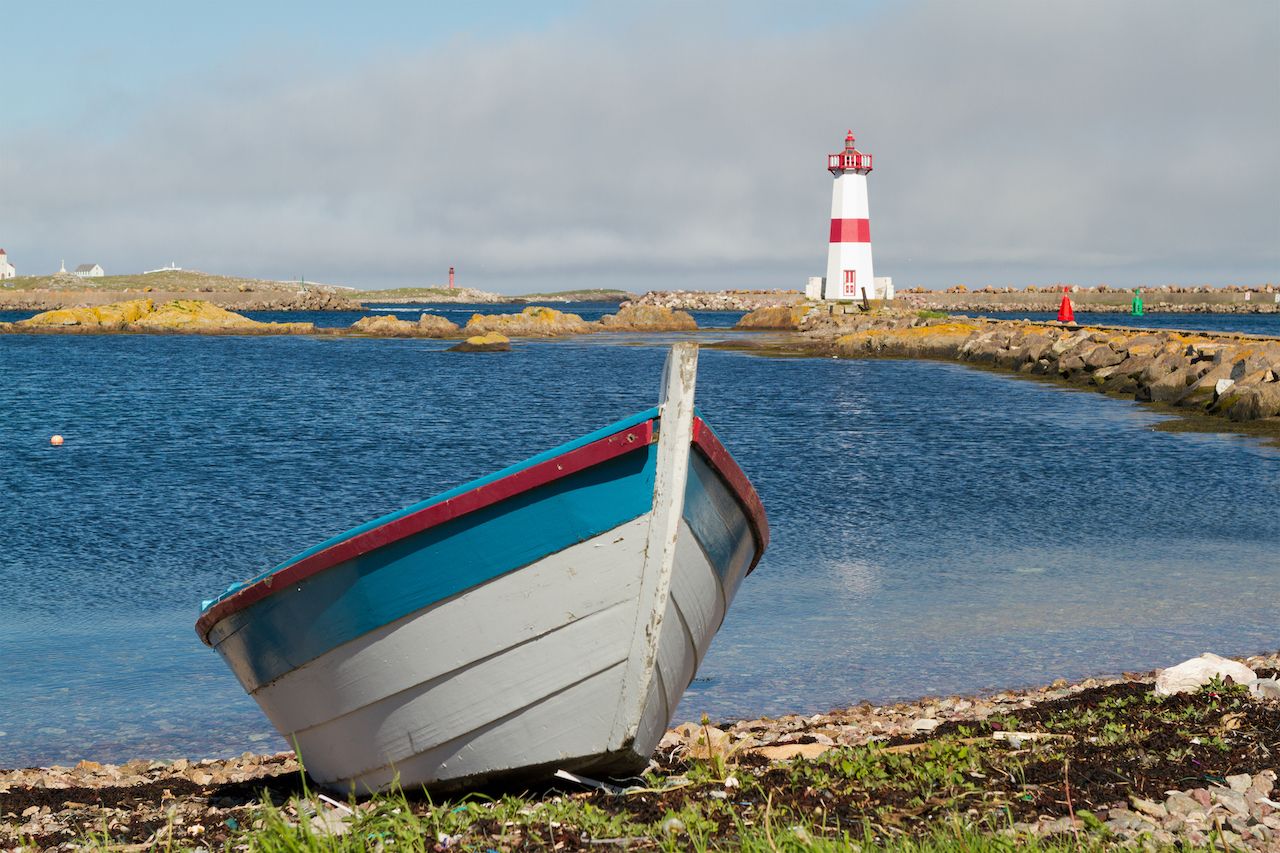 Positioned just next to Saint Pierre, l’Île aux Marins stretches just 5,000 feet and is between 300 and 1,300 feet wide, depending on the tides. Although the settlement is locally known as a ghost town, a ferry runs back and forth between Saint Pierre and l’Île aux Marins several times a day, so visitors, and locals, can still appreciate the beauty of the abandoned village.

From the ferry dock, take a self-guided tour of the tiny island and the architecture that remains, including Maison Jezequel, a small schoolhouse museum, the grand church and cemetery, and a handful of preserved fisherman’s homes. The island was first settled in 1604 and had a population of nearly 700 up until 1945 when it was annexed by the commune of Saint Pierre. Despite a lack of plumbing and electricity, a small number of people still live on the island on a seasonal basis, but the village is otherwise completely abandoned. It’s quite a change from the charming European streets in the city.

Spend a day at the museums and architectural sites. 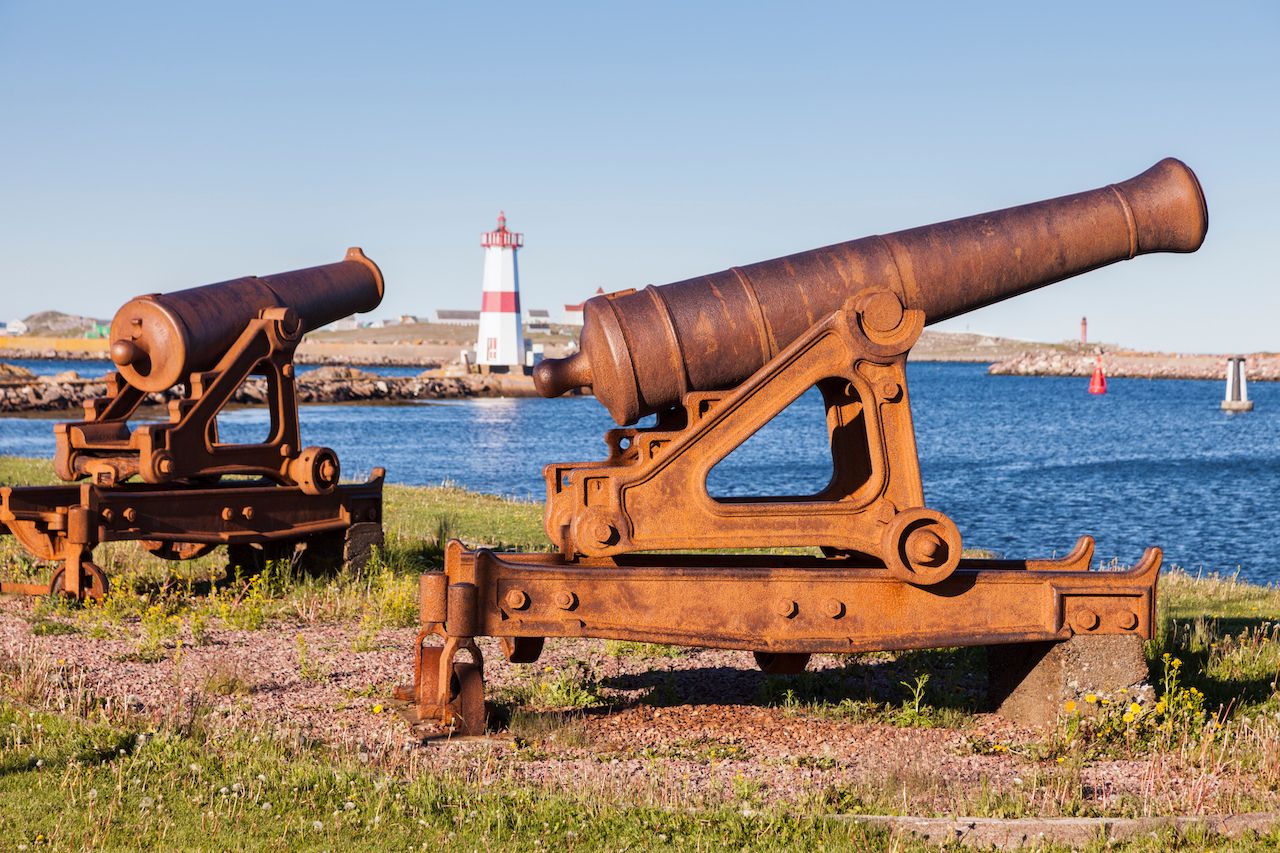 Despite being small in size, Saint Pierre and Miquelon has many popular cultural activities, anchored by a handful of great museums and galleries. You can see them in one day if you have a good pair of walking shoes. Head to the L’Anse à Henry or Anse à Bertrand archaeological sites, where both prehistoric and colonial settlements have been identified during archaeological digs in the late ‘80s.

At L’Arche Museum & Archives, you can get a firm understanding on the modern history of Saint Pierre and Miquelon through artwork and artifacts, interactive conferences, and workshops. Finish your museum tour at Musée Heritage, a private collection of artifacts and displays that really gets to the heart of the social, economic, and religious development of the archipelago and the plight of those who first settled on the islands.

Get out to Miquelon for coastal fauna and flora. 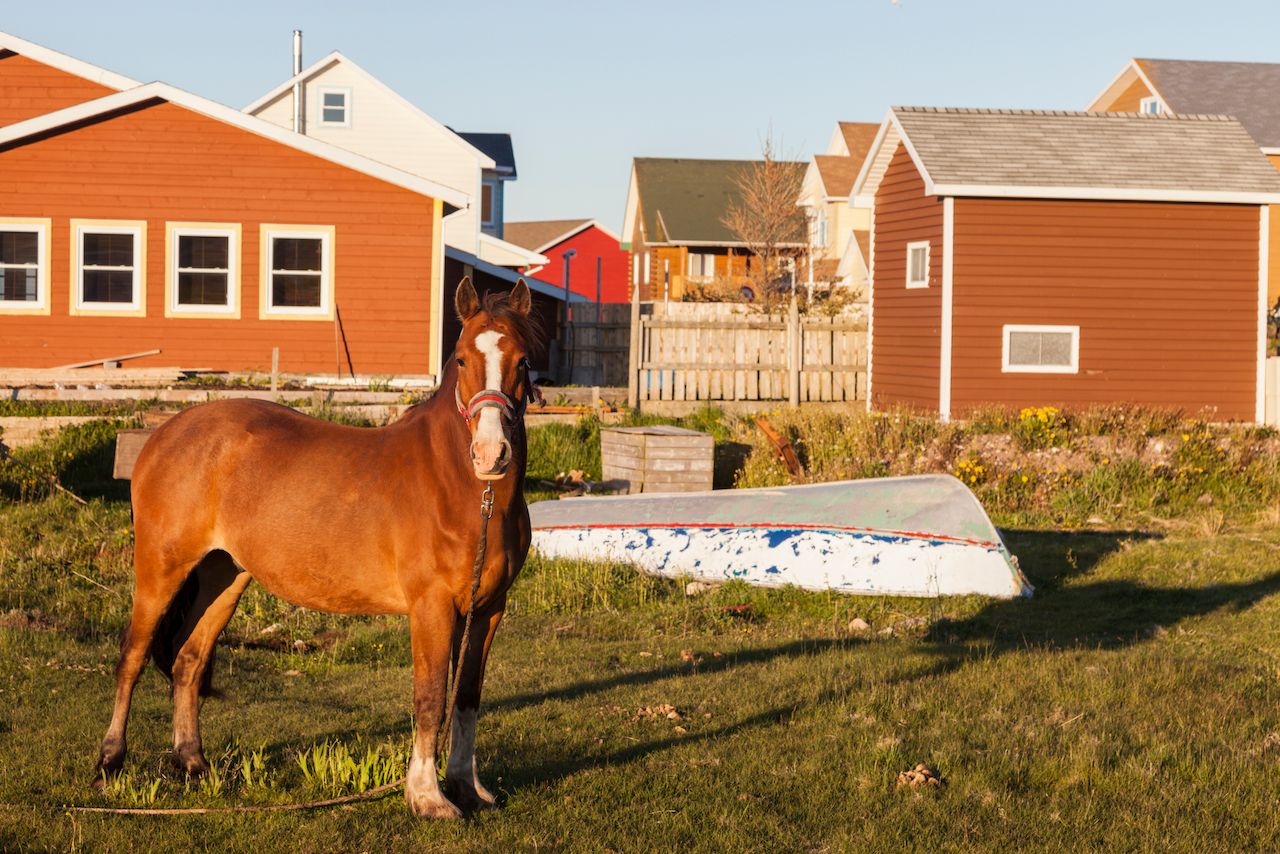 Miquelon is about as seabound of a destination as you’re able to easily visit in North America, and its remoteness means there is a lot on offer for nature lovers. If you’re a hiker, not taking the chance to get out of the town square would be doing yourself a disservice. Head to the Grand Barachois lagoon, which is a staggering walk that leads to a wildlife observatory where you can catch a glimpse of shorebirds, seals, and, if the dice rolls in your favor, orca whales.

Also on Miquelon, you’ll find the Cap de Miquelon, a quiet walking trail and park known for its gorgeous ocean views and local fauna. The hills of Miquelon have a booming population of wild horses, which group themselves in natural herds and can often be seen peacefully grazing on the coastline. Both are day hikes that are most easily reached via a guided jaunt down from the village on a bus. The guide will return you to your lodging or transportation back over to the cobblestone streets of Saint Pierre.

Food + DrinkNova Scotia’s Official Chowder Trail Is a Must for Any Seafood Lover
Tagged
Beaches and Islands Culture Insider Guides
What did you think of this story?
Meh
Good
Awesome