Mexico City is one of the top destinations for anyone looking for a city break in the Western Hemisphere. Besides the seemingly endless museums and parks, and the majestic Colonial City Center, it’s the city’s many historic neighborhoods that make Mexico City such a fascinating, multi-faceted, world-class metropolis.

Santa Maria la Ribera is one of the oldest residential neighborhoods in the city. It was the first suburb when it was built in the late 1800s, and was home to the first houses and public buildings constructed outside of the Spanish centro historico. Over the years the number of residents ebbed and flowed, and the city proper quickly grow around the neighborhood.

Today, Santa Maria la Ribera isn’t as posh as more famous tourist-friendly areas like Roma, Condesa, and Coayacan, but that’s exactly where its charm lies. The compact neighborhood bustles with activity. The historic barrio is full of working class and multi-generational families, food stalls and local markets, and a bustling street life that makes simply wandering around a rewarding experience. 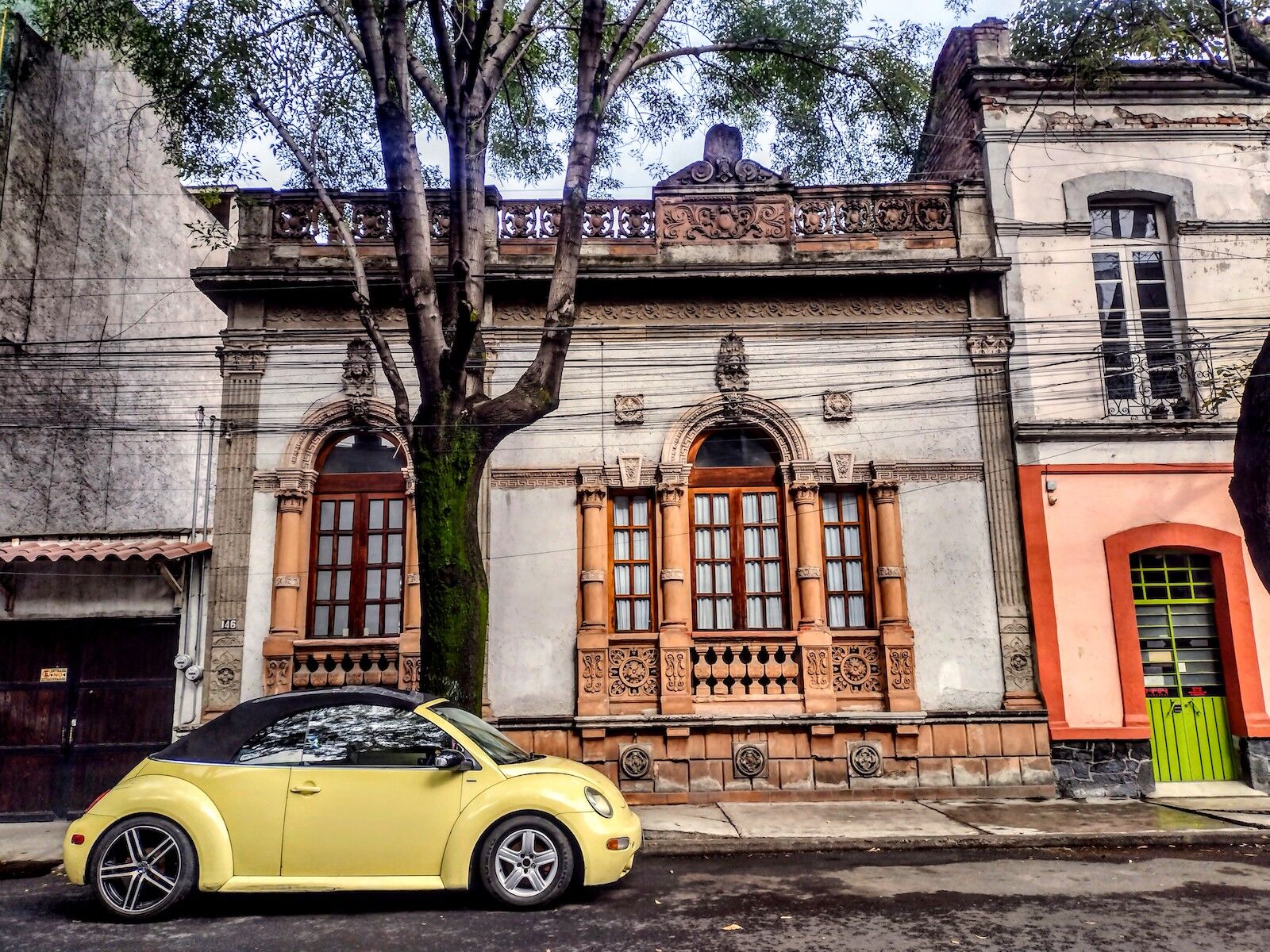 The avenues of Santa Maria la Ribera are lined with trees, 19th-century homes, and real-deal restaurants and bars. At the center of this small but densely packed neighborhood lies the Alameda de Santa Maria. In the evening, neighbors gather to talk, lovers look for shadowy corners to smooch in, and music and dance groups gather to practice here. On weekends the park hosts a full-on neighborhood dance party, which is a display of collective joy and community solidarity that outpaces anything else in the city for sheer exuberance and authenticity.

Those who want to experience one of the most interesting neighborhoods to visit in old-school Mexico City should head over to Santa Maria la Ribera.

What to do in Santa Maria la Ribera 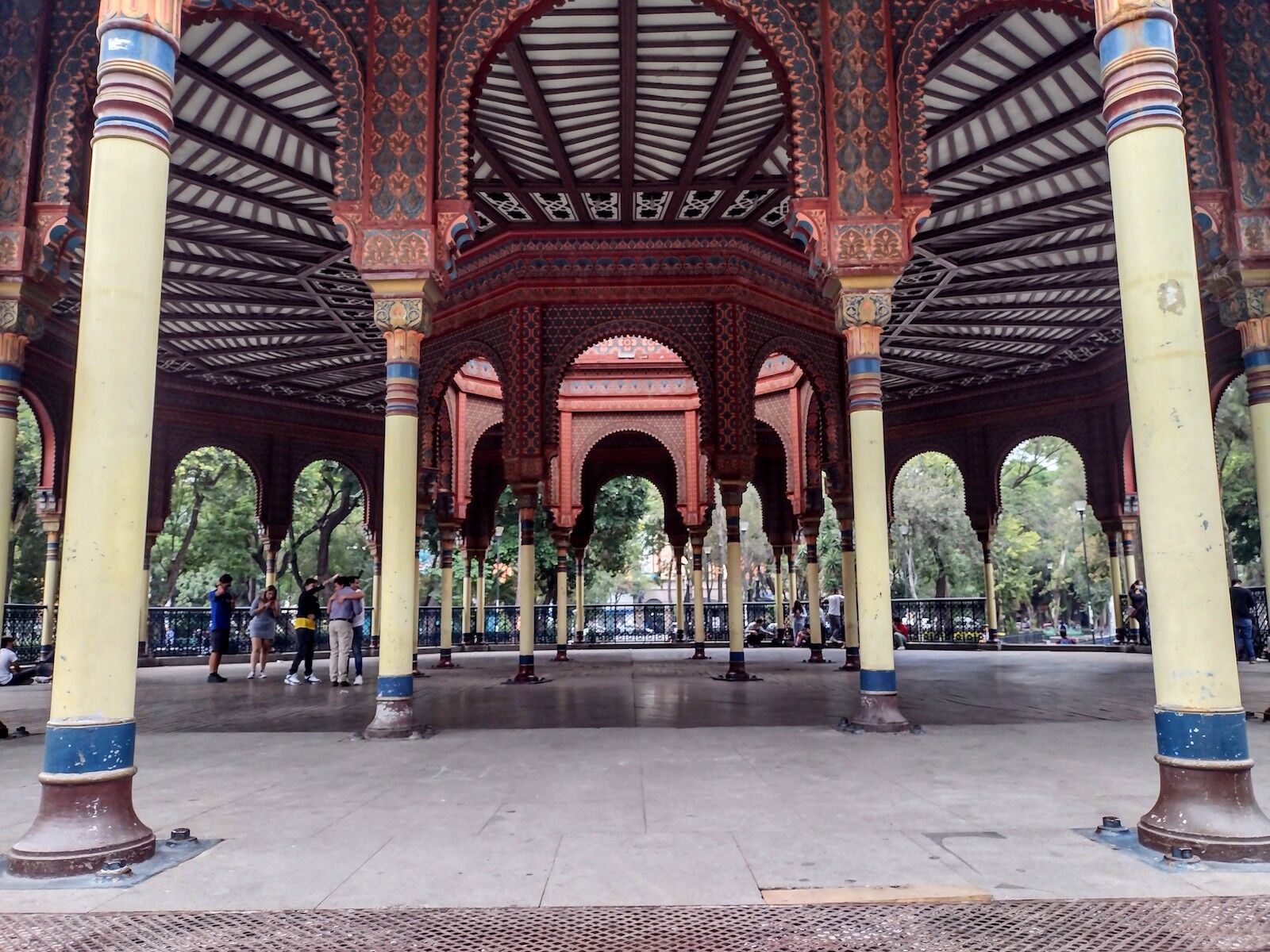 Kioska Morisca: Located in the center of the Alameda de Santa Maria lies the Kioska Morisca (Moorish Kiosk), a fabulous, Islamic-style open-air temple that was originally built to represent Mexico in the 1894 World Expo in New Orleans by architect José Ramón Ibarrola. After the expo, it was moved to the park and has become its crown jewel and most iconic feature — as well as the best place to watch all the activity from a slightly elevated vantage point.

Museum of Geology: Just across the street from the park, the palatial Museum of Geology is an Art Nouveau masterpiece built from a volcanic rock called ignimbrite and decorated with iron and bronze details. Run by the National University of Mexico (UNAM) the museum explains how the country was formed from earthquakes and volcanos and hosts everything from dinosaur skeletons to a massive mineral collection. 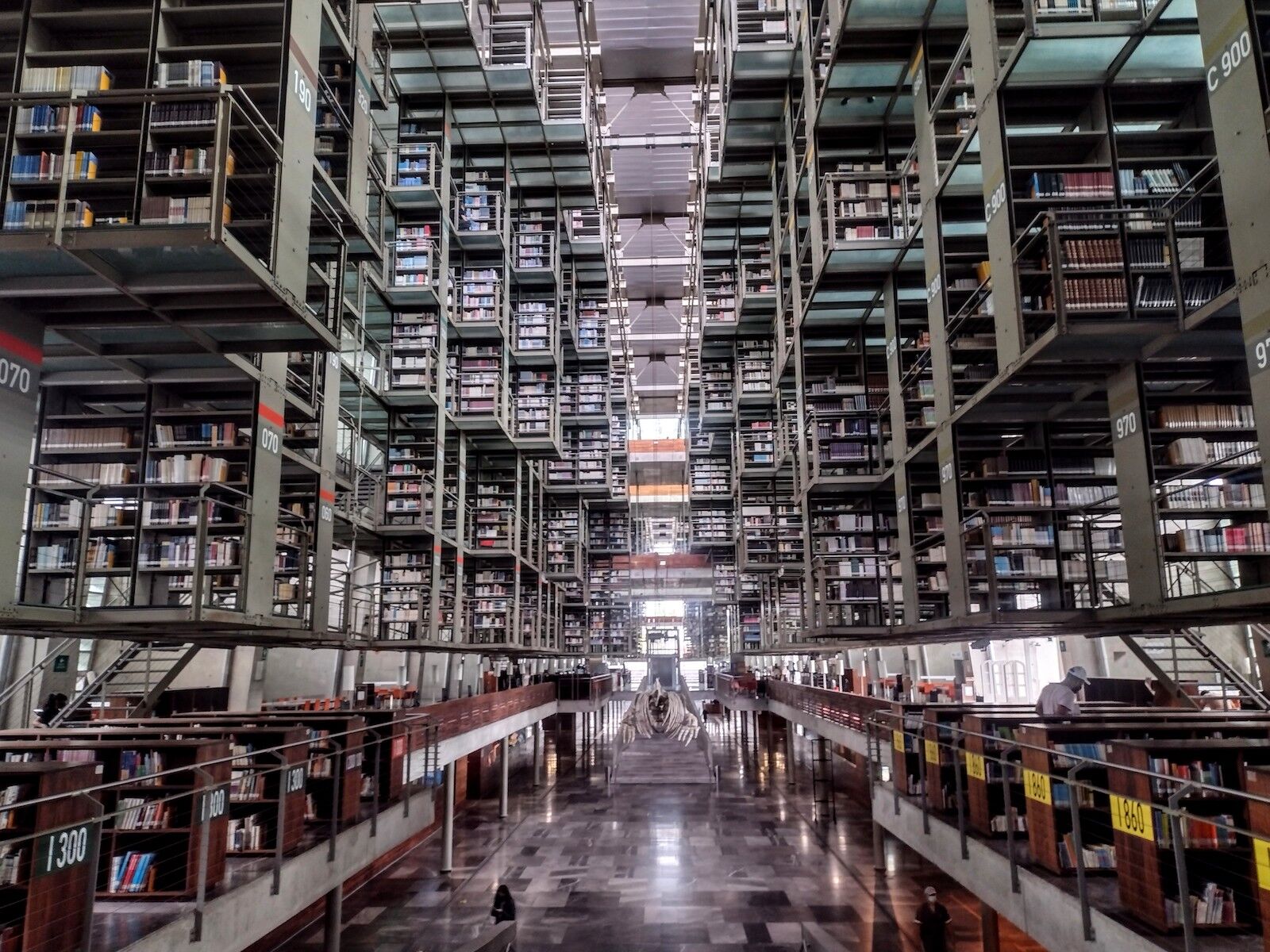 Biblioteca Vasconcelos: Although technically located a block outside the neighborhood, no visit to Santa Maria la Ribera is complete without a visit to the ultra-modern Biblioteca Vasconcelos. The 400,000-square-foot library is a bibliophile’s dream come true. The world-famous architectural marvel was constructed in 2006 and features crystal floors and ceilings that give the interior a luminous and futuristic Matrix-like feel, while several balconies and patios open onto leafy gardens.

Where to Eat and drink in Santa Maria la Ribera 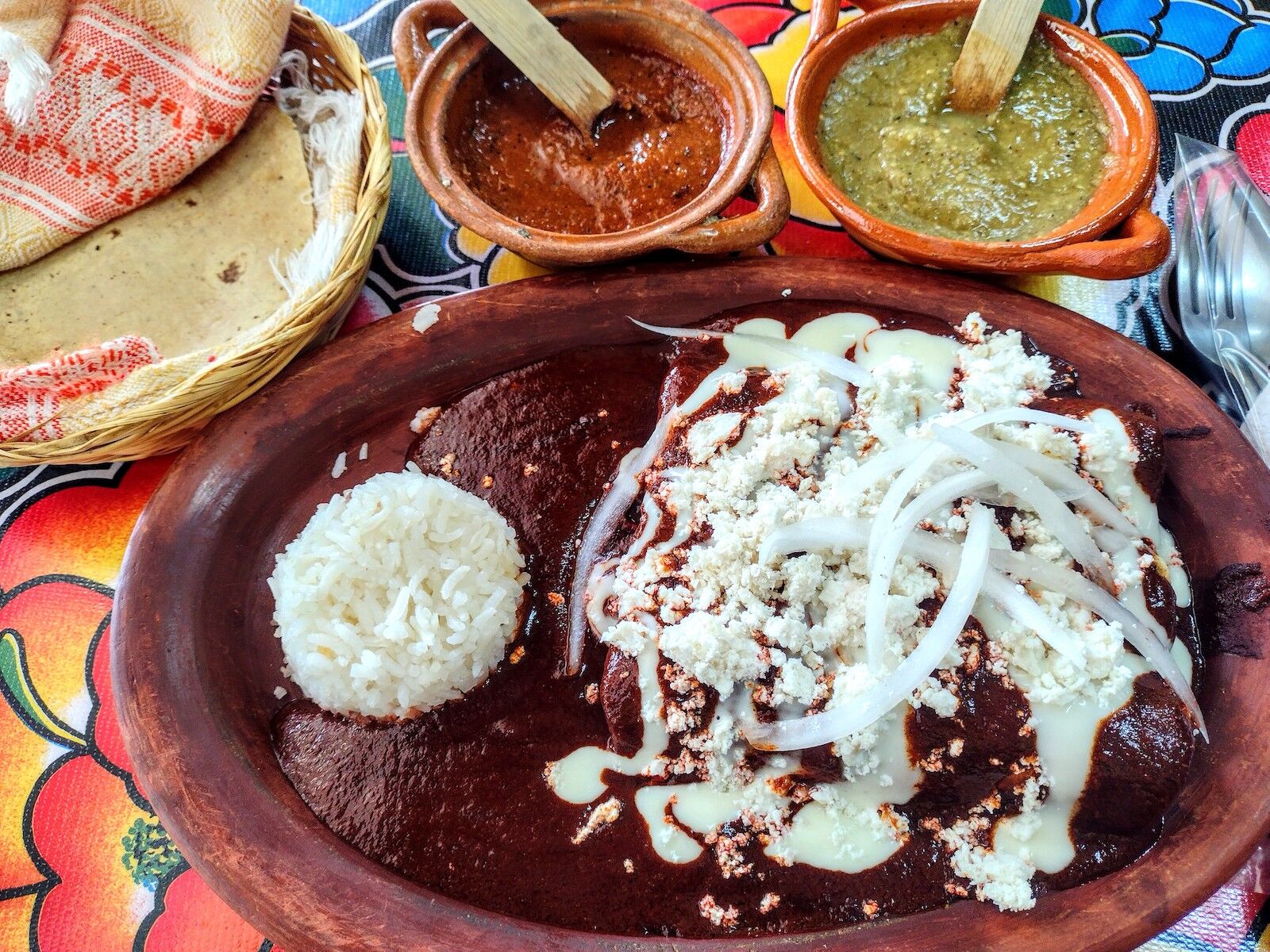 Oaxacaqui: The streets surrounding the Alameda de Santa Maria are lined with cafes and restaurants with sidewalk seating that make for great people watching, but when you are ready for a stand-out meal head to Oaxacaqui. Giant tlayudas (thin corn flatbreads) dripping with queso oaxaqueno and juicy coloradito (red mole) enchiladas are just some of the delights that await at this Oaxacan restaurant that often has a line down the block.

Mercado de la Dalia: For a real neighborhood experience, grab lunch at bustling Mercado de la Dalia. Besides endless rows of fresh produce and household essentials, the market also hosts a small food court where family-run comedores like Sabor de la Tierra serve up set-price lunches that come with a soup, drink, and the option of half a dozen or so different daily main dish specials for one low price. 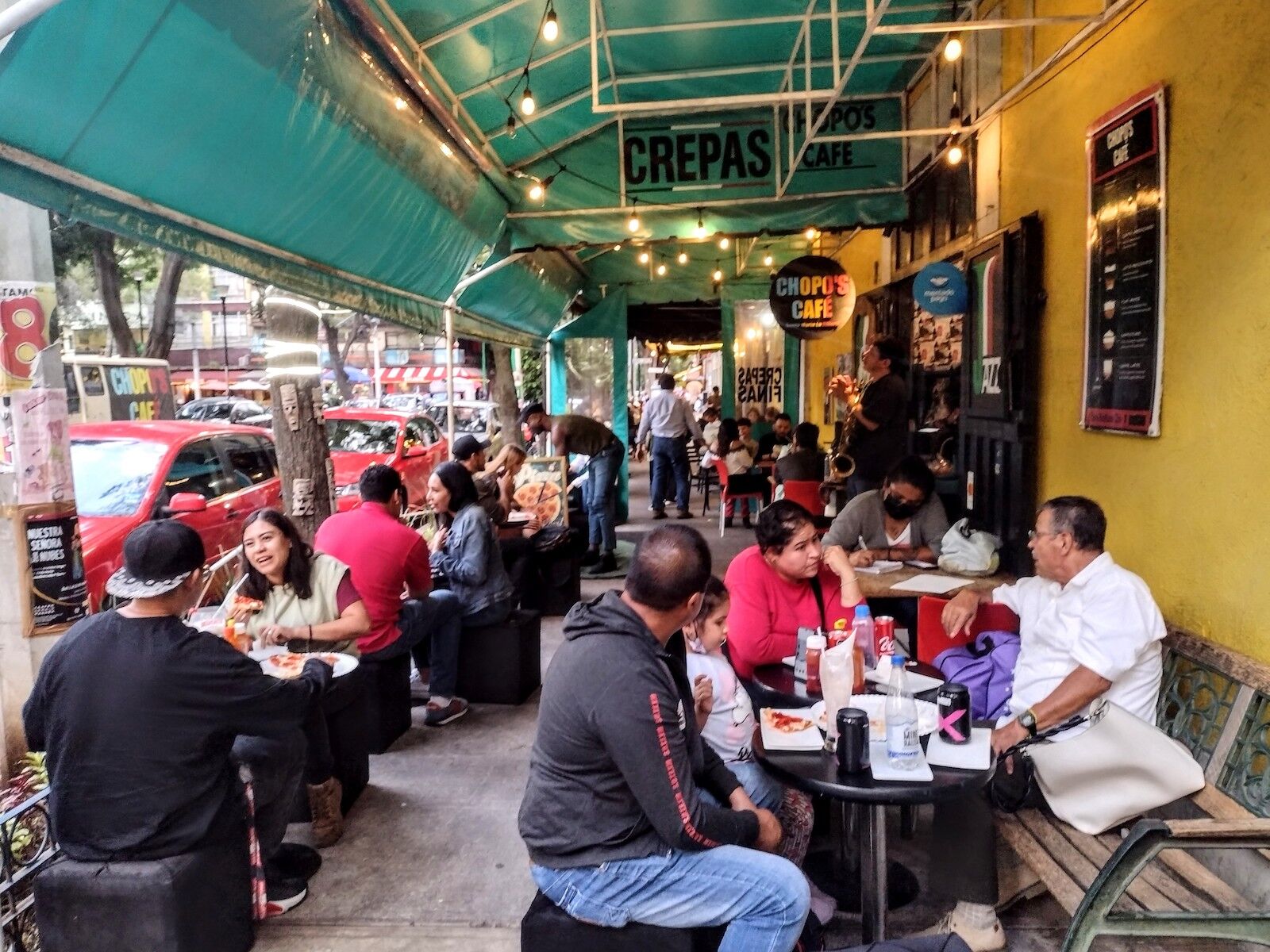 Pulqueria de la Joya de Santa Maria: Pulque is a pre-Colombian fermented alcoholic beverage made from the maguey (also called agave) that was sacred to the Aztecs and is reputed to have potent medicinal powers. Santa Maria la Ribera is home to the oldest pulqueria in the city. Pulqueria de la Joya de Santa Maria dates back to 1907. Try a natural or a curado (mixed with seasonal fruit) and be ready to make instant new friends — just get here early as it closes at 8 PM.

Where to stay in Santa Maria Ribera

Santa Maria la Ribera is close enough to the Centro Historico of Mexico City that it’s easy to visit for the day, preferably in the afternoon or early evening, by metro (Buenavista Station) or in a short taxi or uber ride. But the neighborhood also makes for an interesting place to base yourself on a visit to Mexico City.

Hotel Santa Maria: This cozy and economically priced hotel has an ideal location just a half block from the Alameda de Santa Maria in the heart of the neighborhood.

Casa MX Alameda: Backpackers and budget travelers will find this hostel a great place to set up basecamp, meet new friends, and explore the area. Located in the nearby Guerrero neighborhood, it sports a large rooftop terrace and bar where local bands and DJs play on the weekends.

CulturePequeño Seúl Is a Glorious Slice of Korea in the Heart of Mexico City
Tagged
Travel Mexico City, Mexico
What did you think of this story?
Meh
Good
Awesome