No offense to Pan or Theseus, but the best labyrinths aren’t the ones you find in films or fables — they’re the ones that exist in the real world, and which can be explored whenever you get up the courage. Nothing will put you in the Halloween spirit this year like wandering through a winding underground maze. Europe is home to dozens of tunnel systems you definitely wouldn’t want to get lost in, from the chilling crypts of Rome to a sprawling underground salt city in Krakow. These are the underground labyrinths in Europe that will seriously creep you out this Halloween. 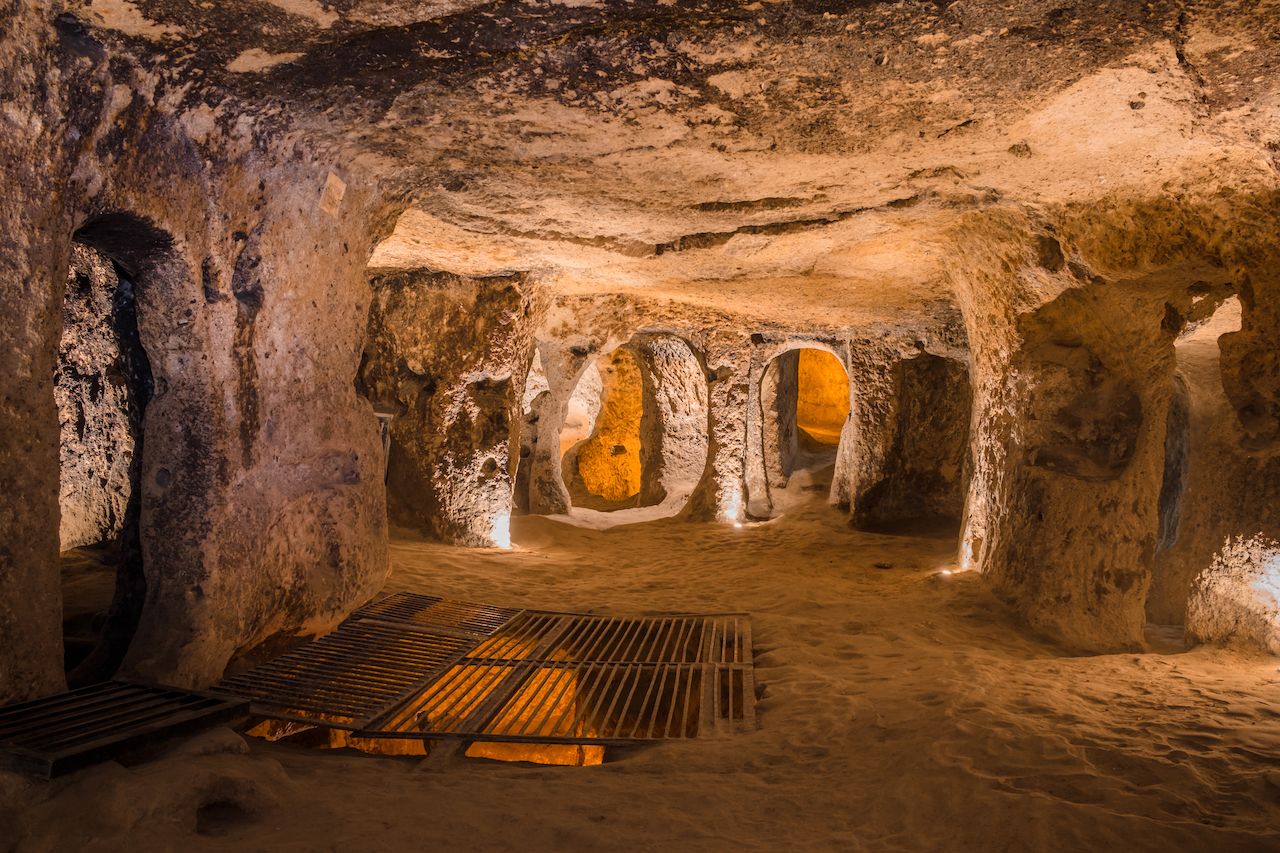 Beneath the surface of Cappadocia is a sight that might be even more impressive than the unusual rock formations that have brought UNESCO recognition to the region. Cappadocia is home to around 300 underground cities that were first dug out of the rock as early as 2,600 years ago to protect themselves against invaders. Derinkuyu, the most famous of them all, is thought to have been built around the seventh and the eighth century and used to house 20,000 people in 18 underground stories. The immense labyrinthine city, full of tunnels, corridors, and passages, has rooms that once served as stables, churches, storage rooms, and wineries, Atlas Obscura reports. Guided tours through this underground labyrinth are available.

If you didn’t know better, you’d probably think the Capuchin Crypt was purpose-built to scare people on Halloween. Although not exactly a labyrinth, underneath the church of Santa Maria della Concezione in Rome, is a crypt that houses the bones of some 4,000 dead Capuchin friars. The bones are displayed in six small chapels, including the Crypt of Skulls, the Crypt of Pelvises, etc. The remains are meant to remind visitors of human mortality, and that, they do. The Capuchin Crypt is open every day from 10:00 AM to 7:00 PM and can be visited in combination with the Capuchin Museum for less than $10. 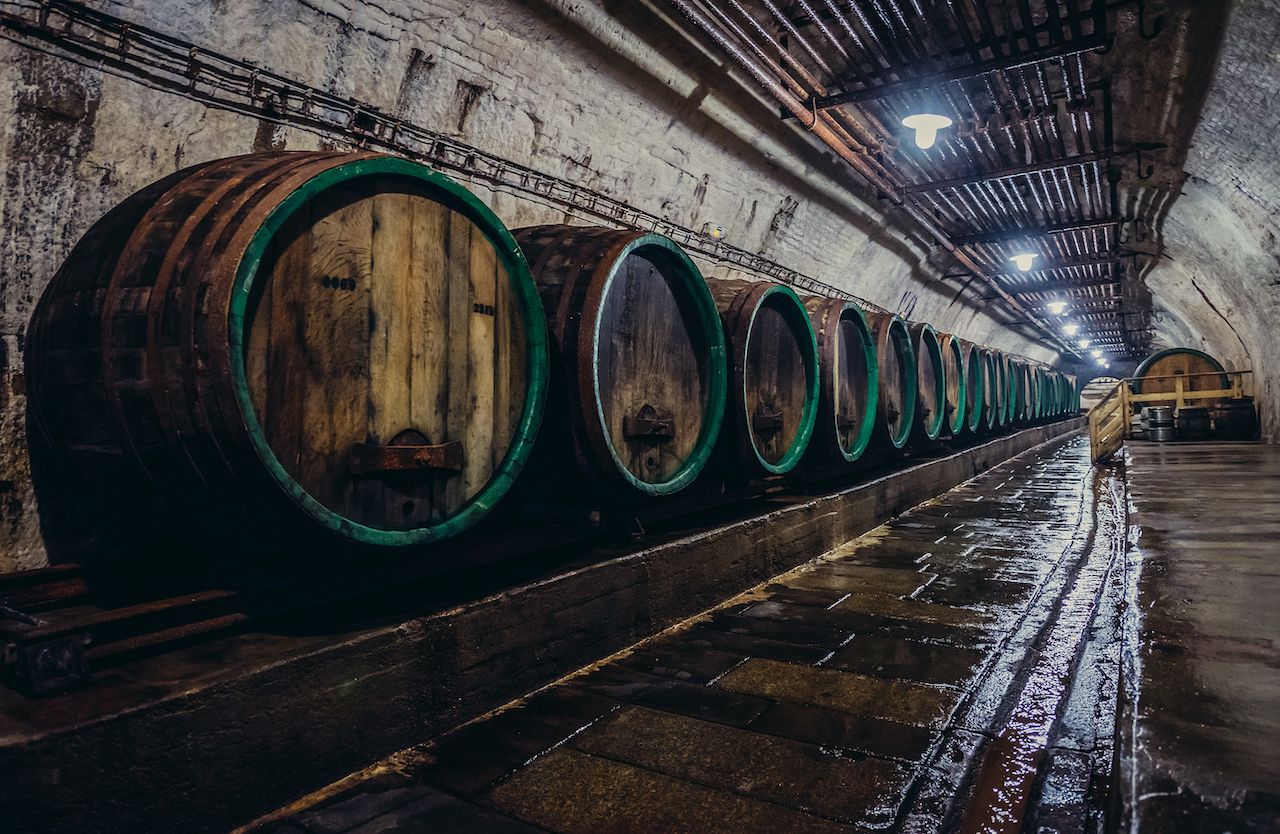 A 12.5-mile underground labyrinth of corridors, cellars, and wells lies under the city streets of Pilsen. Constructed as early as the 13th century, the underground network served as storage for food and beer, and to transport water and sewage. Today, the underground tunnel system is not used for any practical purposes, but is a tourist attraction for those interested in the city’s history. One-hour guided tours are available for about $7 and start in the building of Brewery Museum.

With its stone buildings, cloudy skies, and ill-lit passageways, Edinburgh is naturally spooky. And that’s before you even learn about its 18th century underground vaults. Between 18 of the 19 arches of South Bridge are a system of underground vaults that used to house taverns, cobblers, smelters, and other tradesmen. At a time, the vaults also served as a home to Edinburgh’s poorest who lived in appalling conditions. The vaults were filled in with debris in the 19th century, and were only excavated in the 1980s. Daily tours of the vaults are available for about $15. 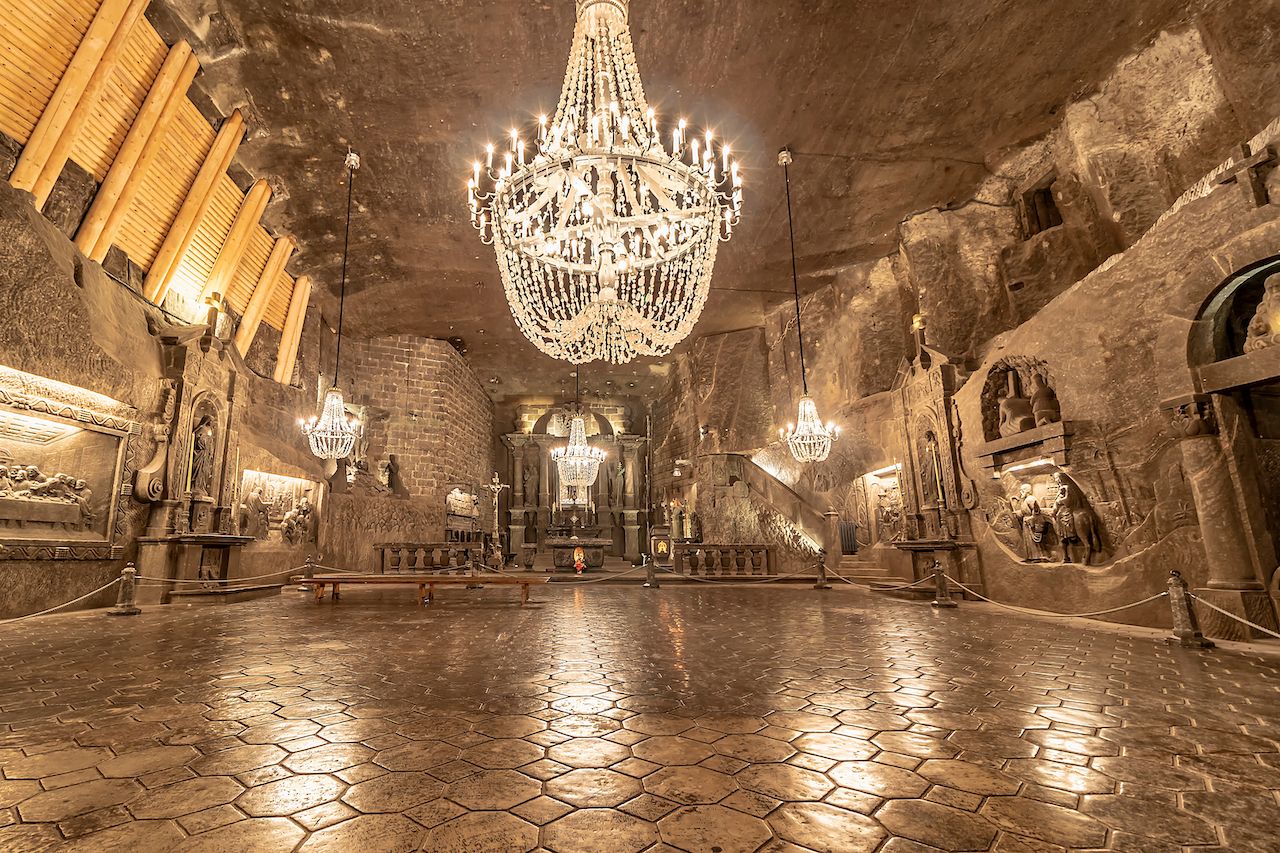 The Wieliczka Salt Mine just outside Krakow kind of looks like the 13th century version of Grand Central Station — it’s huge. The mine spans 152 miles of galleries, over 2000 chambers, and nine floors, producing salt until 2007. The space is composed of several mine shafts and winding passageways, and also contains an underground lake, cathedrals, chapels, and statues carved from the rock salt. The mine is an official UNESCO World Heritage Site, and can now be rented out for private functions, or explored on tours, although only 2 percent of this underground labyrinth can be visited.

Berlin’s underground passageways aren’t nearly as ancient as some of Europe’s other underground labyrinths, but their story makes them equally eerie. Underneath the German capital are bunkers, air raid shelters, tunnels to smuggle things and people between East and West Germany, and abandoned subway stations, Atlas Obscura reports. Tours of Berlin underground are available courtesy of Berliner Unterwelten. 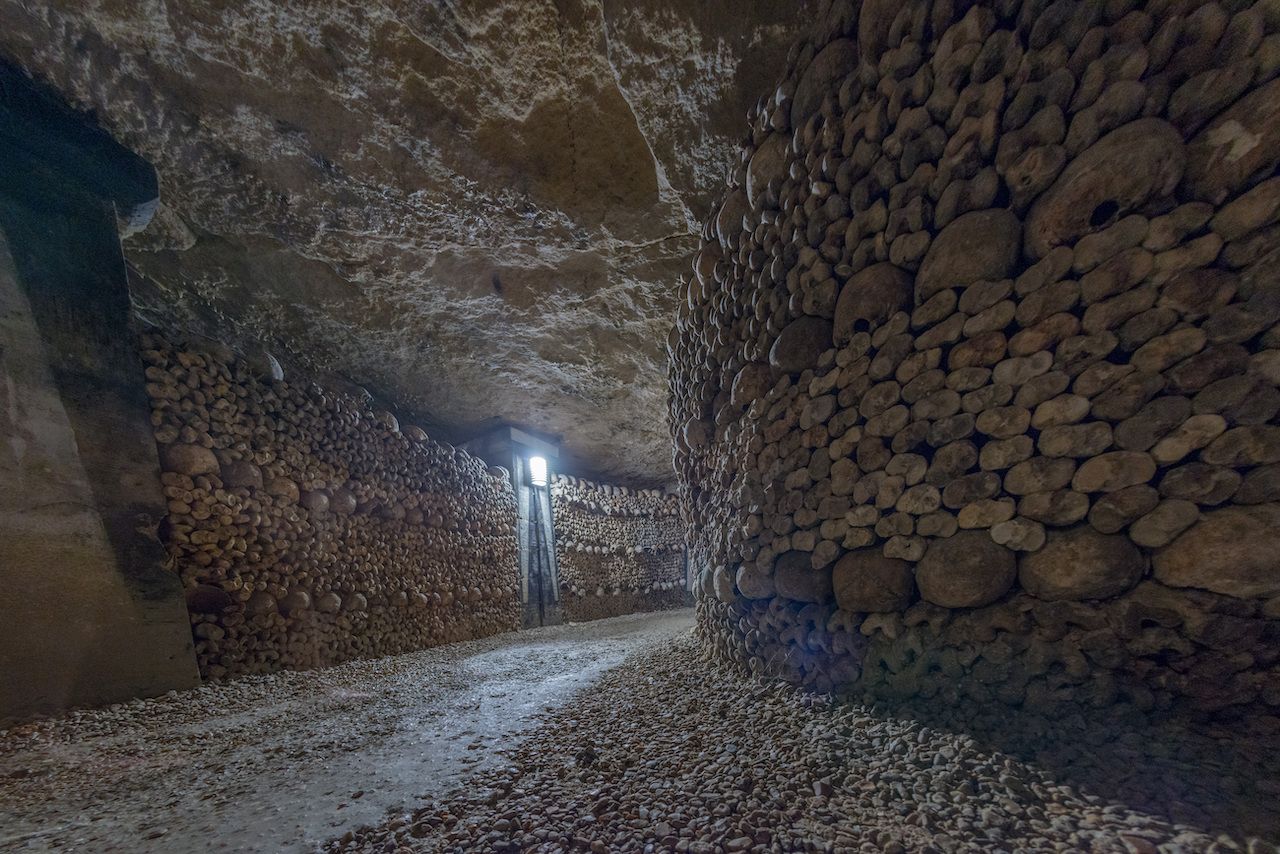 Paris might be thought to be the most romantic city in the world, but these catacombs under the French capital’s streets paint a slightly less pleasant picture. This underground labyrinth houses the remains of million Parisians whose skeletons were transferred from the city’s cemeteries to existing quarries in the 18th century in the hopes of putting an end to major health issues in the city. The Paris catacombs, 65-feet underground, have been opened to the public since 1809. Anyone can visit the Parisian catacombs and see the skulls and other bones lining the tunnels for yourself by following an official 0.6-mile circuit.

CultureThe 7 Most Haunted Places To Visit in Europe
Tagged
Art + Architecture Culture
What did you think of this story?
Meh
Good
Awesome