While the Second World War brought destruction to all other major cities in Poland, the buildings of the city of Kraków in the south of the country largely escaped the fighting and bombings. In 1978, the entirety of Kraków’s old town was declared a UNESCO World Heritage site, a clear indicator that travelers should not skip this city. Here are nine sights that prove Kraków is the most stunning city in Poland. 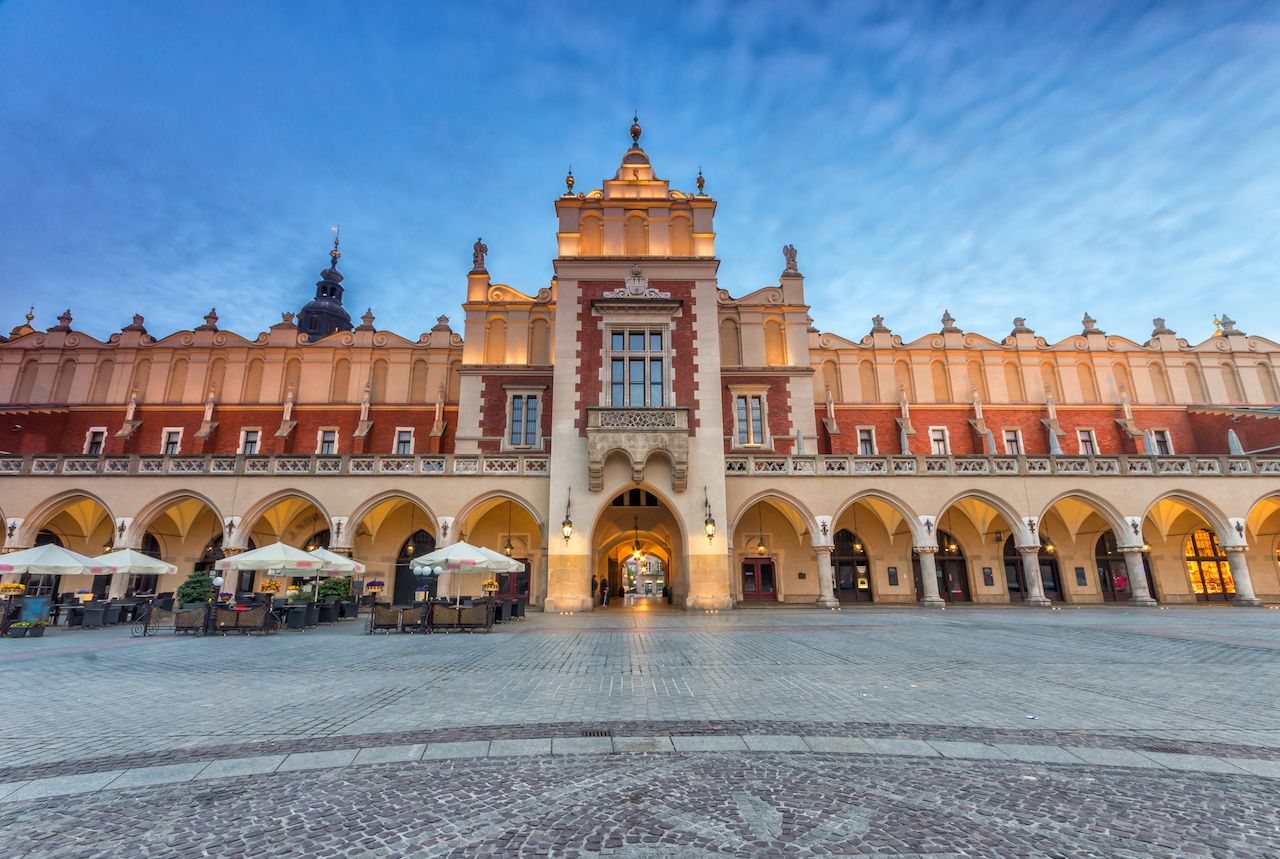 In the middle of one of the most beautiful medieval town squares in Europe, the Cloth Hall is one of Kraków’s most recognizable buildings. Wander through the archways of this cream and brick edifice into the center passage lined with stalls selling souvenirs like amber jewelry, wooden boxes, or religious icons and lit by ornate lamps. Step outside again and admire the townhouses which surround the square, painted in bright colors. 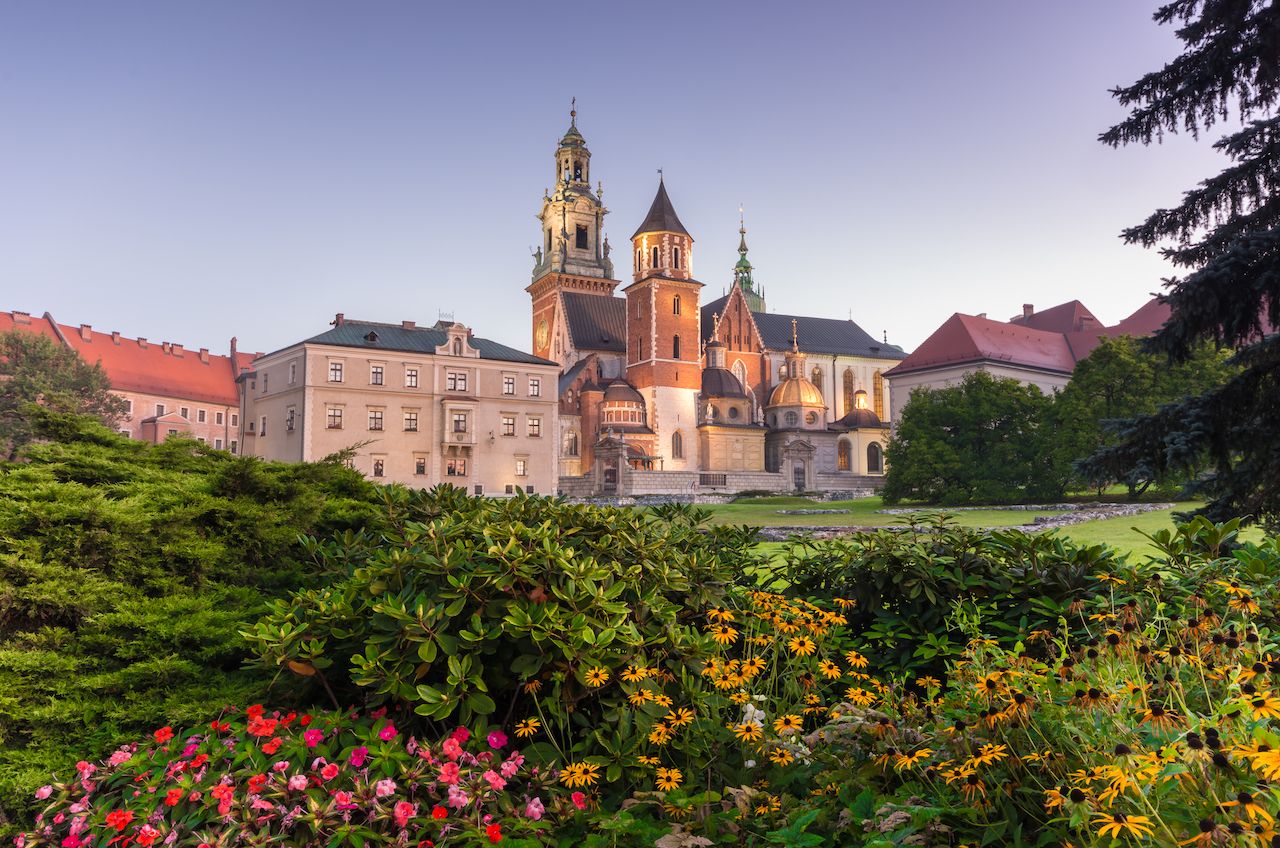 Located on a hill overlooking the Vistula River, the Wawel is a large complex of buildings, the most famous of which are the royal castle and the cathedral. There is a museum inside, but the exteriors are more impressive than any of the exhibits, which are temporarily closed in 2019. Some of the oldest stone buildings date back to the 11th century, and the collection of church towers and spires, turrets, and wide courtyards are fairy-tale worthy. 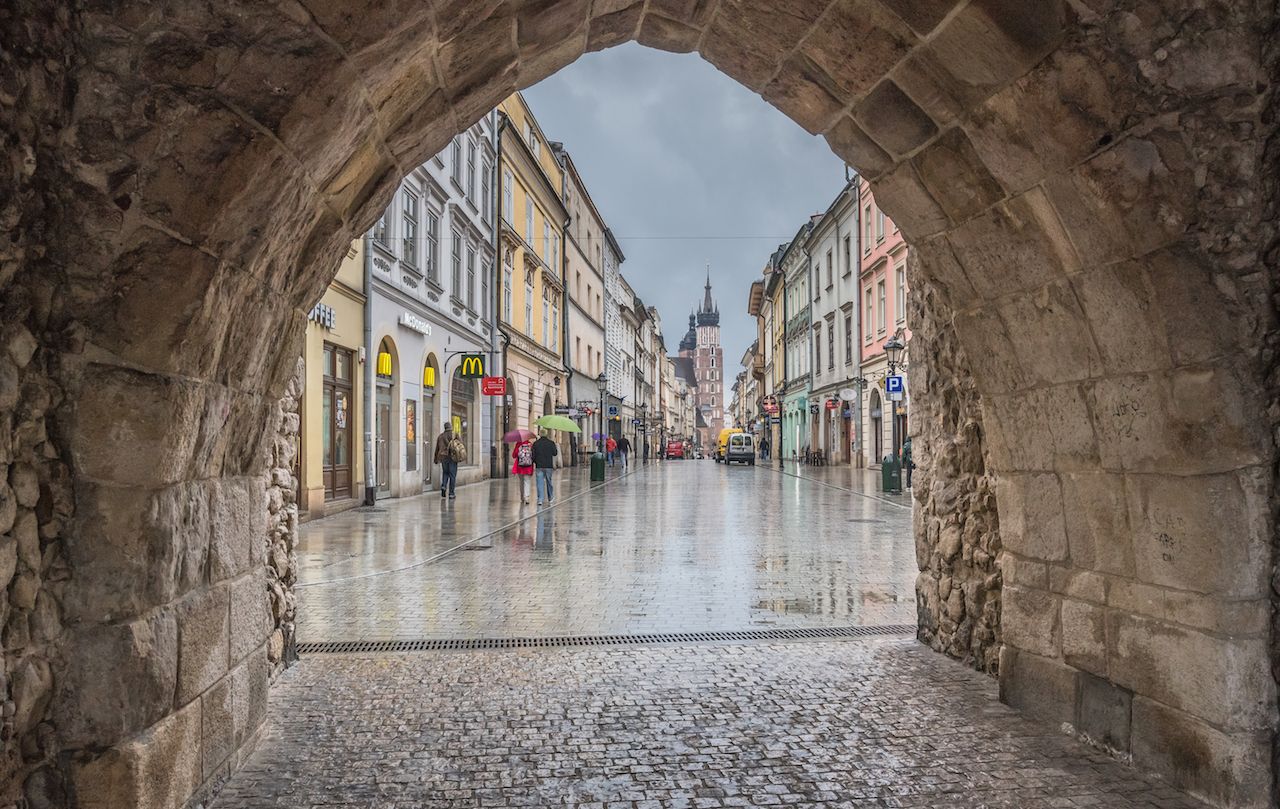 St. Florian’s Gate is Kraków’s most important medieval gate. The gate, built in the 13th century, was one of eight gates set into the walls that fortified Kraków and is the only one still standing today. The gate is still the main entrance to Kraków’s old town, so it’s here that most visitors get their first glimpse of the city. The large Gothic gateway with its white stone towers opens onto the wide cobbles and colorful houses of Floriańska Street. 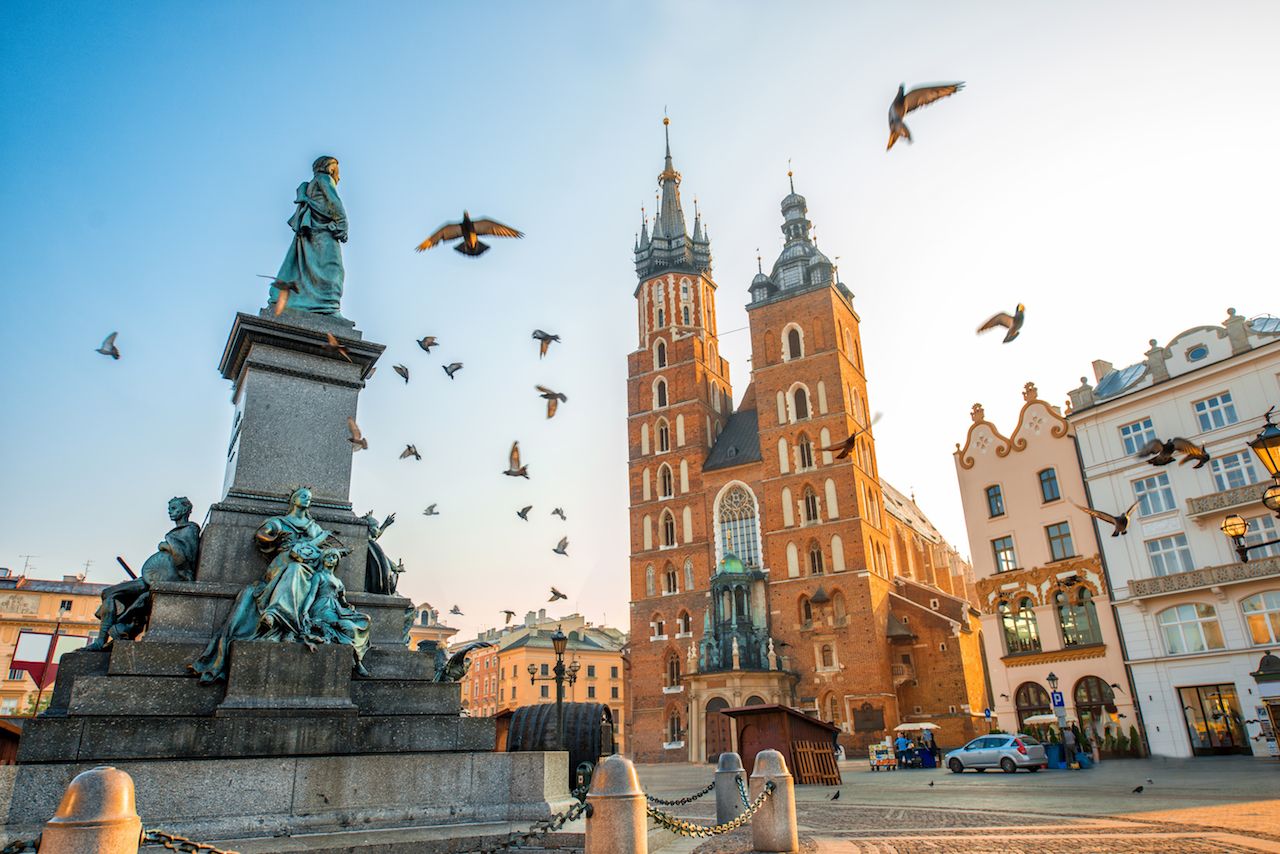 Opposite the Cloth Hall in the main market square, St. Mary’s Basilica is a brick structure with two large towers. The north tower served as a watchtower for the city and every hour, on the hour, a man plays a bugle call from it. Every day, the call cuts off suddenly in commemoration of the watchman who was shot in the neck while sending out a bugle call in warning of the Tartar invasion of the city in the 12th century.

Step inside to be met by incredibly ornate decoration; the walls are deep reds and gold, the ceilings blue and seemingly covered with twinkling stars. The 15th-century Gothic Altar of Veit Stoss is also a major tourist draw. Carved in wood and richly decorated, it was considered so precious that it was dismantled and hidden during the war. Despite the efforts of the Poles, it was found by the Nazis and transported to Nuremberg, before being returned to Kraków after the war. The altar opens up every day at 11:50 AM. Tread carefully in the nearby Mariacki Square — it was built on top of the old cemetery in the Rynek Underground. 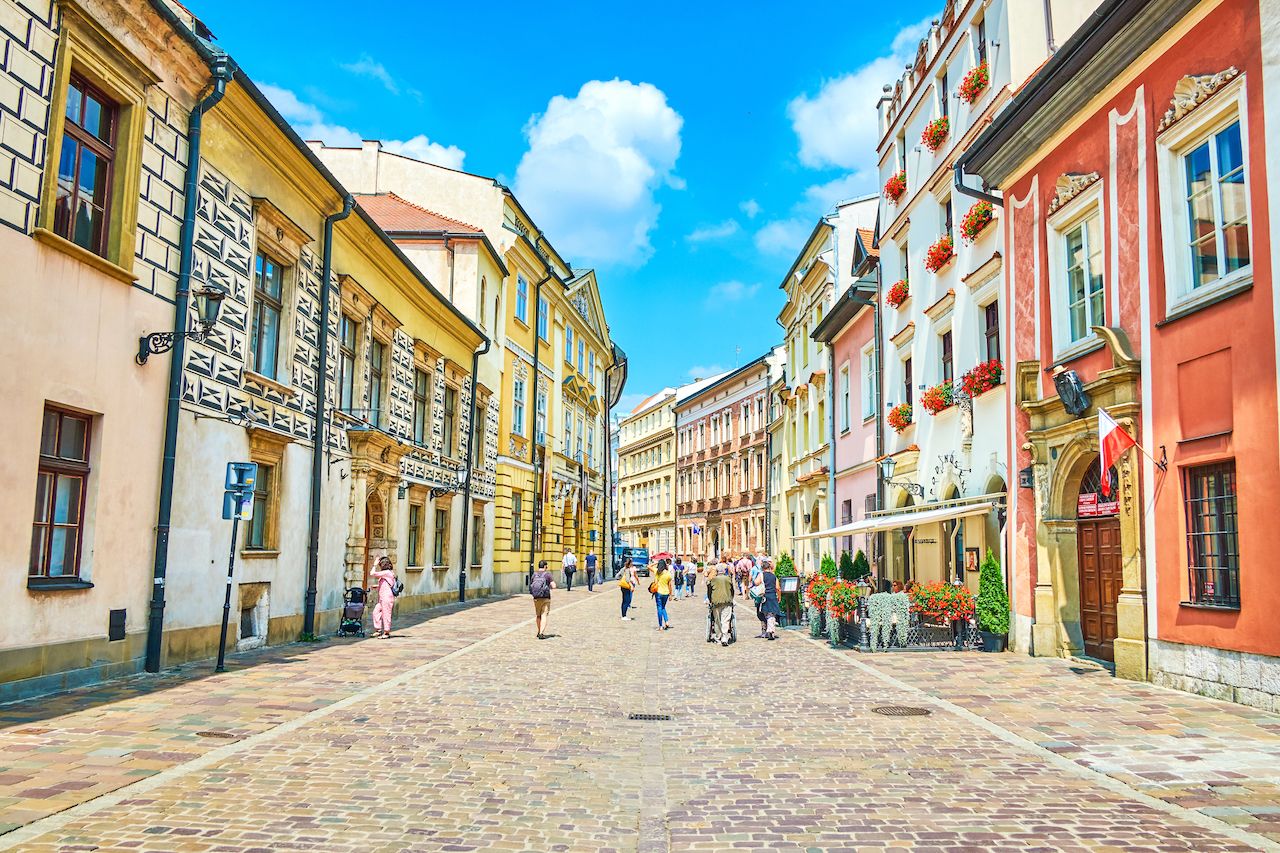 Kanonicza Street was part of the old Royal Route that led from St. Florian’s gate to the Wawel, along which paraded victorious kings, visiting dignitaries, and religious leaders when Kraków was Poland’s capital (until 1596). The houses that line the street are of Renaissance and Baroque styles and painted in pastel hues — the street is Instagram-perfect. You can also slip into several quiet stone courtyards off the street to escape the throngs of tourists Kraków endures in the summer months. Look out for house number 19, which was once the residence of Poland’s most beloved son, Pope John Paul II. 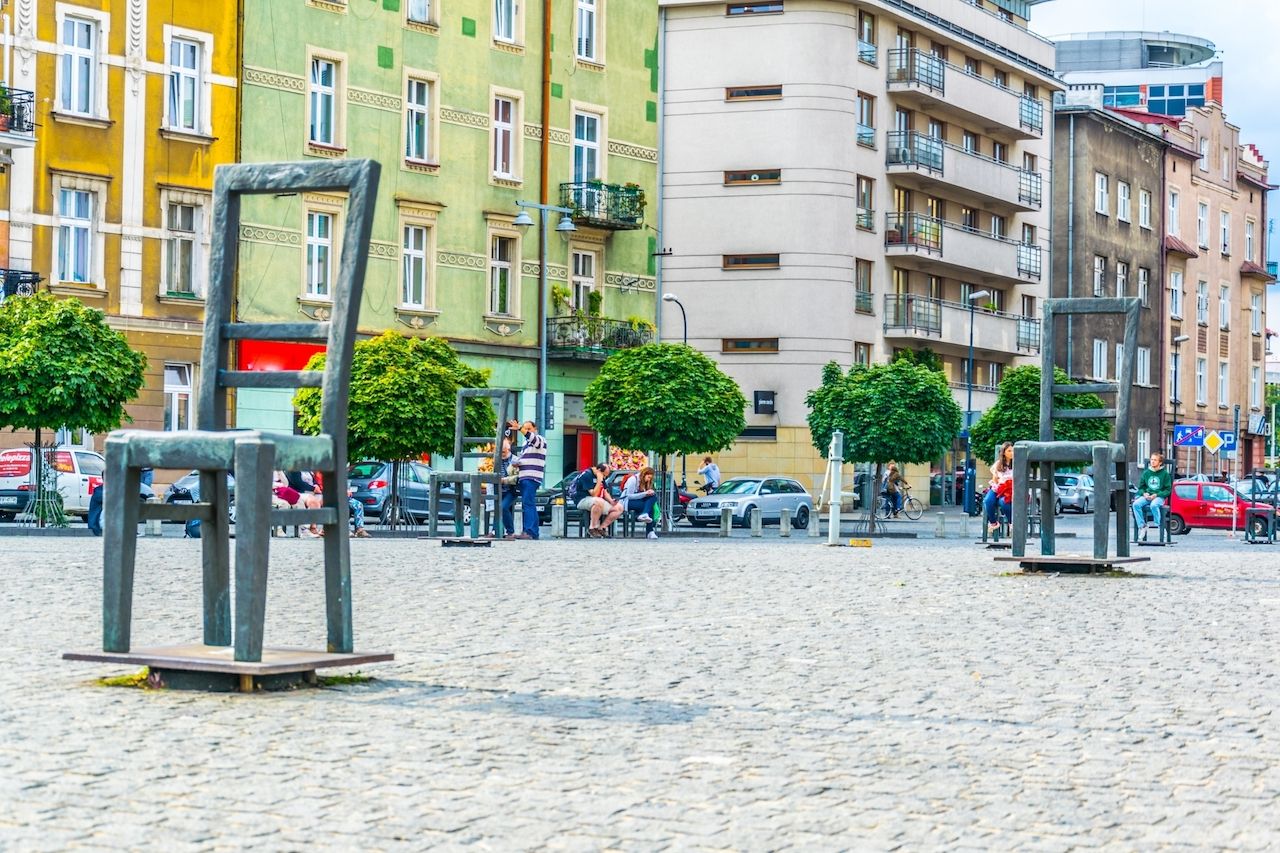 This square is in the center of the former Jewish ghetto, Podgórze. It was here that Kraków’s Jews were forced to live, stripped of their possessions, and eventually deported to the concentration camps. Seventy large and small cast-iron chairs are set across the square’s cobbles, a sobering reminder of those who were lost during this terrible period in Poland’s history. They make a sharp contrast to the colorful townhouses that ring this lively square. It’s a place to reflect on Kraków’s past. 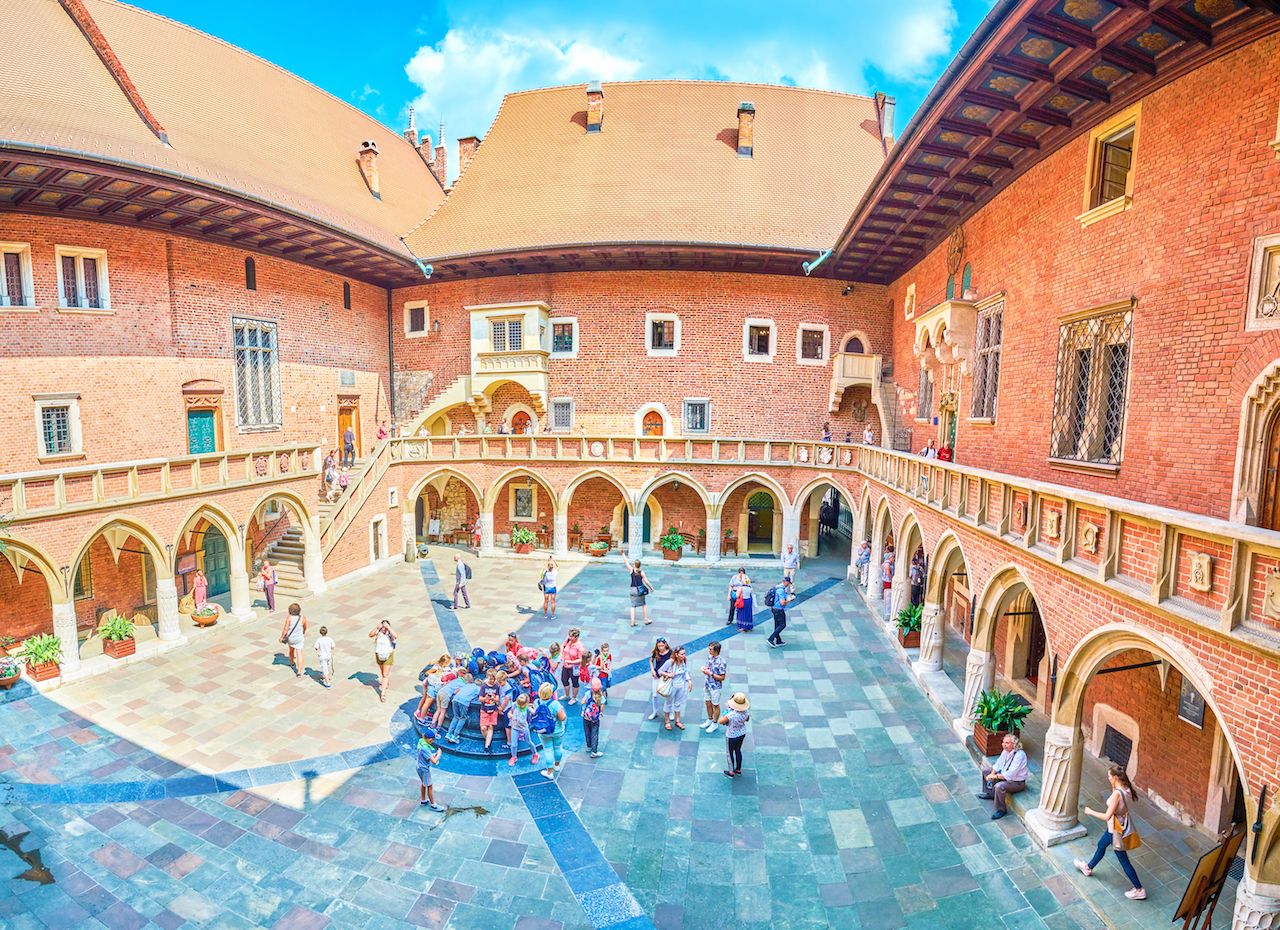 Collegium Maius, a gorgeous red-brick edifice, is the oldest building in Kraków’s Jagiellonian University. The arcaded courtyard, dating back to the 15th century, is the highlight of a visit. Go early in the morning before the students wake up and the tourists arrive. It makes it easier to picture Nicolaus Copernicus, one of the university’s most famous students, scribbling math or astronomy notes. You can also take a guided tour, which will take you through the library among other places. 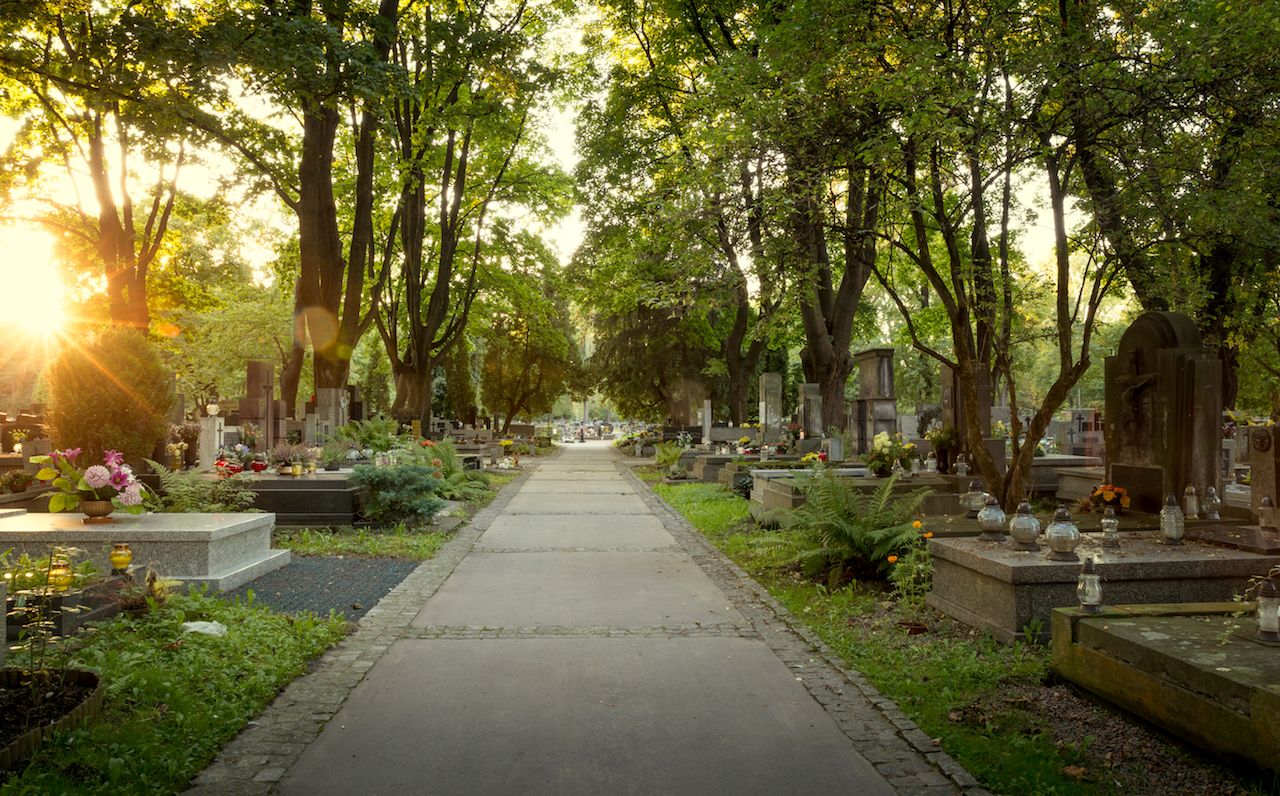 Kraków’s Rakowicki cemetery is relatively unknown among foreign tourists, so it’s a very tranquil spot if you want to get away from the crowds. Gravestones and mausoleums line the wide, cobbled walkways and are shaded by overhanging trees. The cemetery hosts the graves of famous citizens, many of which are topped by magnificent sculptures, as well as small, weather-beaten headstones of ordinary Cracovians. You will often see colorful lanterns with candles flickering inside placed on the graves here. Poles leave these lanterns as a way of honoring those they have lost; on November 1 — All Saints’ Day — you will see the cemeteries ablaze with light, but lanterns can be seen year-round. Look for the graves of famous Polish painter Jan Matejko, poet Wisława Szymborska, and the parents of Pope John Paul II. 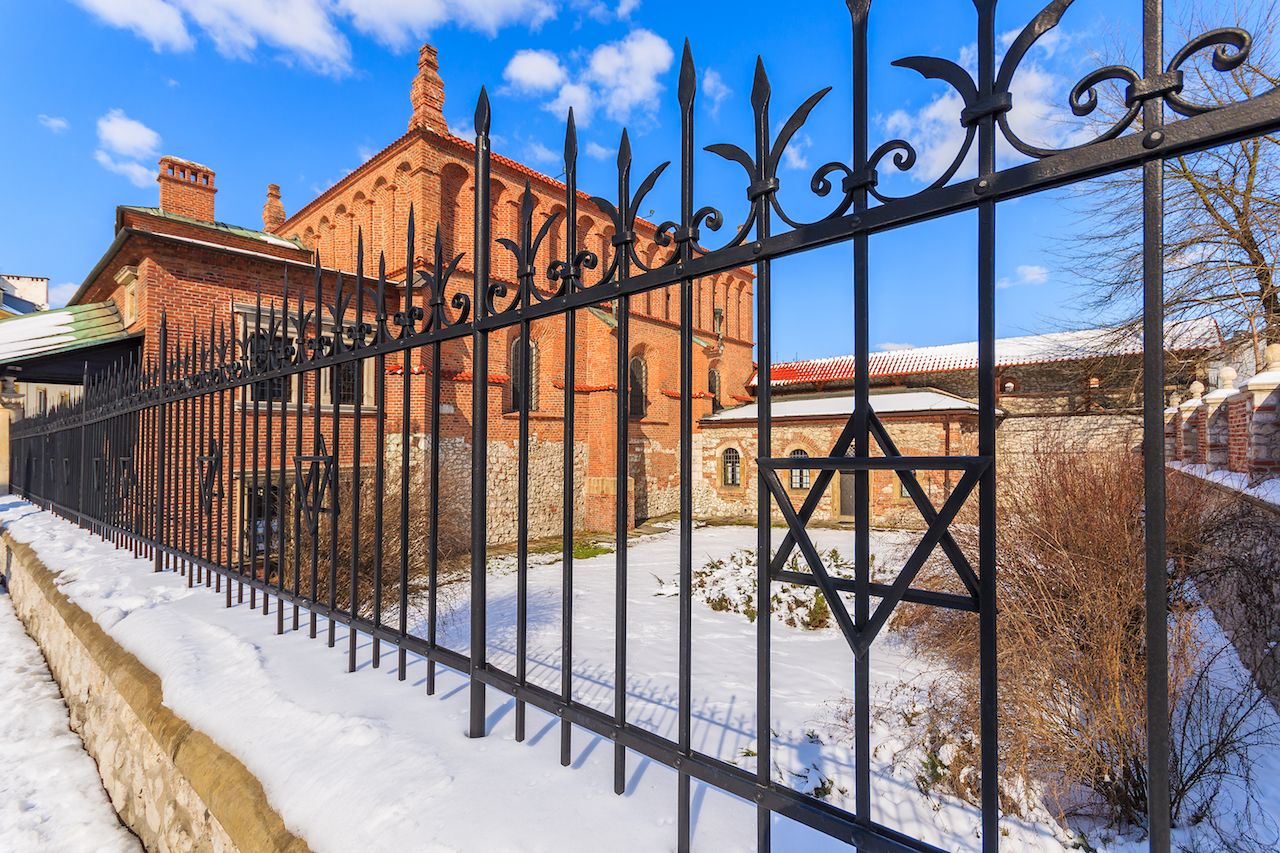 Kraków’s Old Synagogue stands in the middle of Kazimierz, the old Jewish district of Kraków. Though very few Jewish people remain in the city, it is possible to see rabbis walking through the throng of hipsters who congregate in this trendy neighborhood. Built in the 15th and 16th centuries, the Old Synagogue is the oldest surviving example of Jewish architecture in Kraków. The rather austere exterior doesn’t reflect the treasures to be found inside. The inside of the synagogue was ransacked during the German occupation in the 1940s, but it has been beautifully restored with high vaulted ceilings in the main prayer hall.

The synagogue stands on Szeroka Street, which was at the heart of Jewish life in Kazimierz and now attracts tourists for its merchant houses and restaurants serving Jewish food. Visiting hours vary depending on the season; regular tickets cost about $3, and a very worthwhile audio guide is an extra $2.50.

Travel11 Amazing Things To Do in Poland That Will Get You Stoked To Visit
Tagged
Art + Architecture Culture Trip Planning Krakow, Poland
What did you think of this story?
Meh
Good
Awesome

The Train Out of Krakow