Most Americans, regardless of their fluency in the incredible breadth of Asian cuisine, have tried soy sauce poured from a bottle of red-topped Kikkoman, a staple in the pantry of countless households and restaurants. Few people in the US, however, have experienced rare and high-quality soy sauce, the pinnacle of which is snow-aged. Tasting it will transform your understanding of what a simple soy sauce can accomplish — if you can get your hands on a bottle.

Snow-aged soy sauce is a speciality of the Niigata prefecture in Japan. It’s close to the water, and mountain ranges ripple through the region, making snow fall so common that Niigata is commonly referred to as “snow country.” A method for aging soy sauce to perfection emerged 400 years ago in this wintery climate, in which snow is used as a “natural refrigerator” for the nama shoyu, which is raw (or unpasteurized) soy sauce. 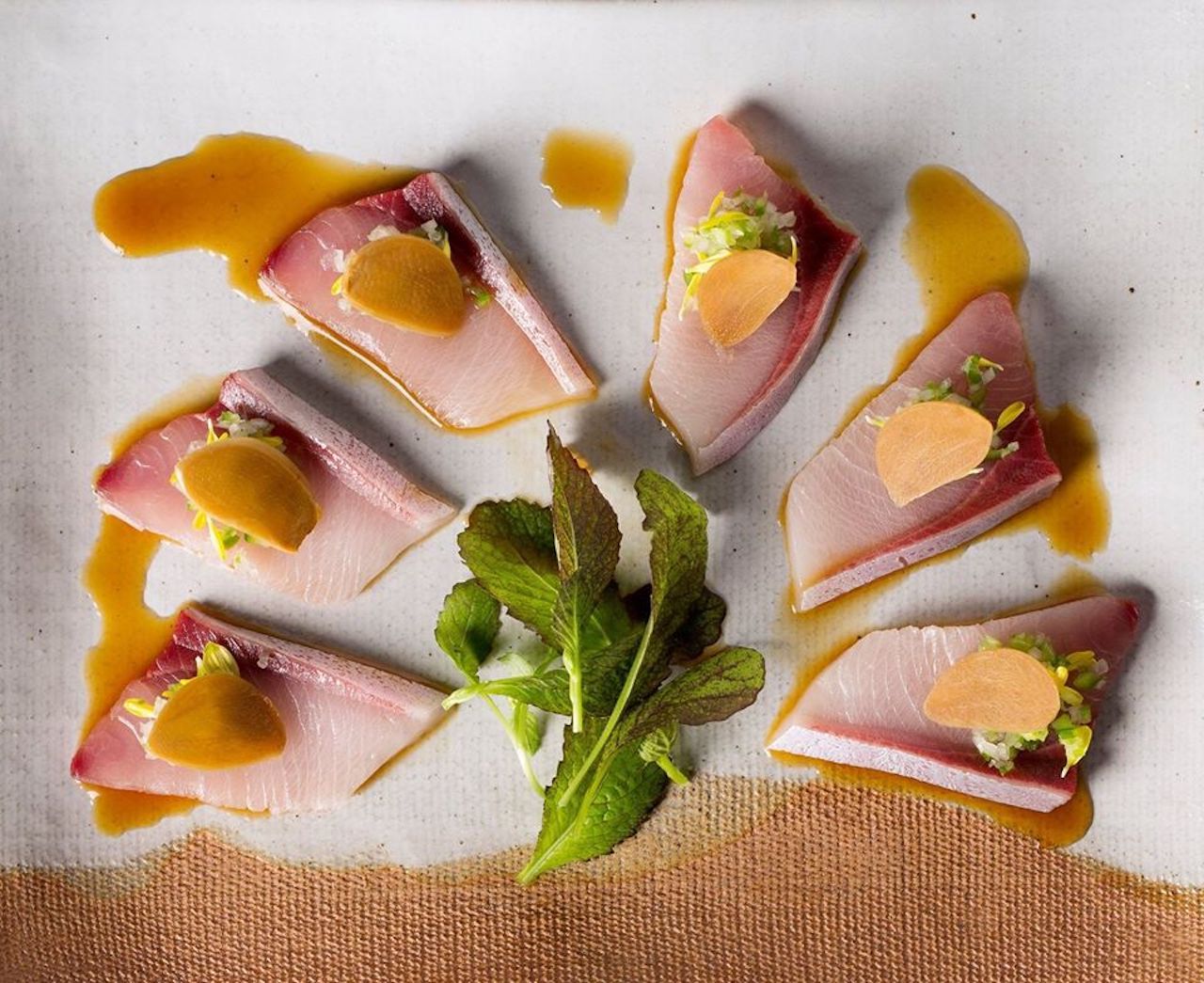 Zuma — a Japanese restaurant with locations in Boston, New York, and Miami — is the only restaurant in the United States with snow-aged soy sauce on the menu, specifically a brand called Yukimuro-Yuraka. This is a culinary coup for Zuma, which takes pride in not just the taste of its snow-aged soy sauce (more on that soon) but the way it’s produced, too.

“These days, since the demand for soy sauce is so high, most of the soy sauce breweries are buying soybeans from Canada or China,” explains the head chef at Zuma New York, Oliver Lange, where Yukimuro-Yuraka is served with sushi and sashimi tasting courses.

By contrast, at Hokushoku, the company that produces Yukimuro-Yuraka, almost all of the ingredients for the soy sauce are sourced in Japan. The soybeans and water come from Niigata, the salt from Nagasaki, wheat is shipped in from nearby Gunma. And sticking to local ingredients isn’t the only way it’s better for the environment. 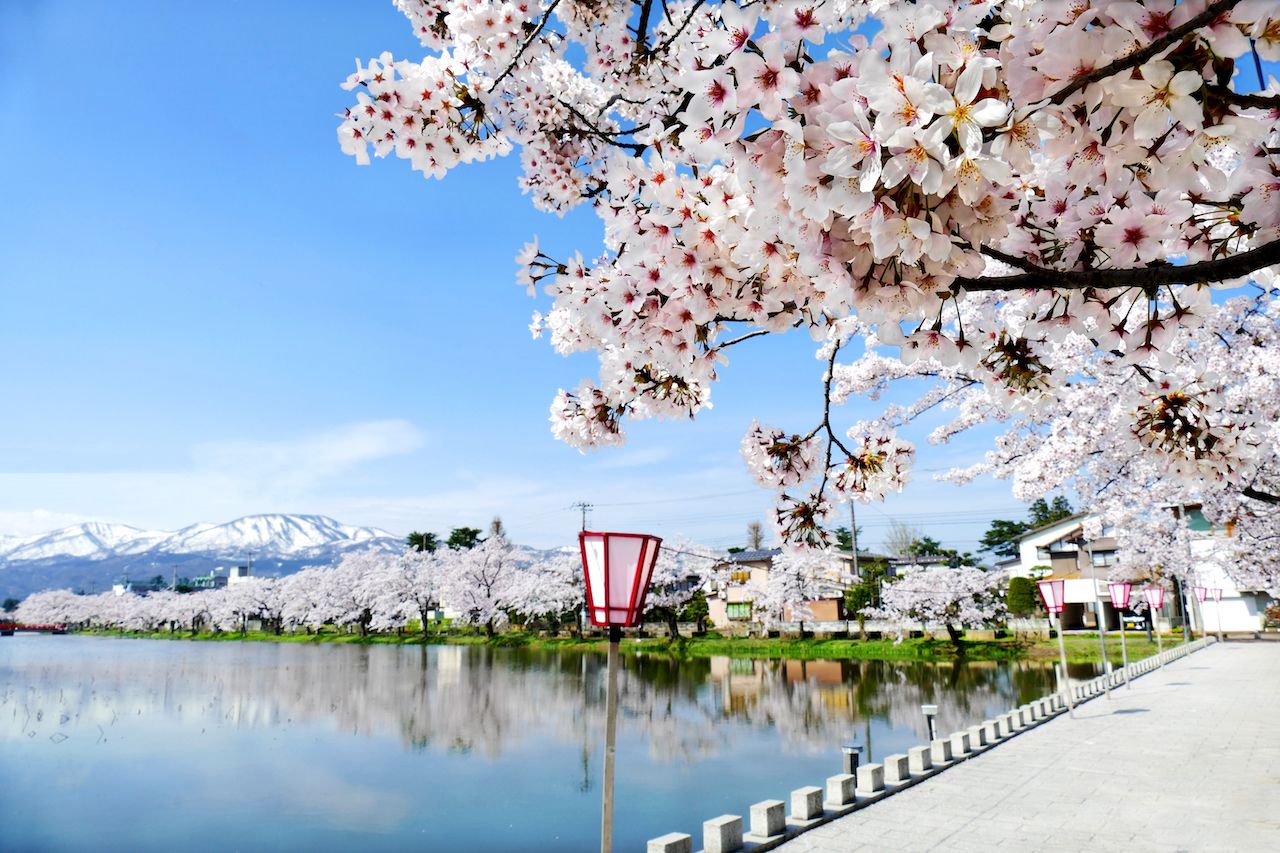 Though the advent of electric refrigerators nearly extinguished the practice of snow-aging, some producers in Niigata held on to the practice. Another company that produces snow-aged soy sauce, Echigo-Yukimuro, claims that every ton of snow used amounts to a 30 kilogram reduction in carbon dioxide emissions that would be released from keeping the soy sauce chilled using traditional refrigeration. Echigo-Yukimuro uses as many 700 tons of snow annually to snow age its products, which, in addition to soy sauce, include things like tea, fish, and sake.

The soybeans themselves have already been fermented by the time the bottles end up in the yukimuro, the snow-encased room where they will be aged for an additional one to four months. The temperature inside the yukimuro stays constant, no outside light is allowed into the room, and the yukimuro’s high humidity ensures the soy sauce doesn’t dry out. The room is free from vibrations, too — totally still.

The state of the room is called seichi, safe from influences outside the doors of the yukimuro. The soy sauce is literally less stressed out and therefore ripens gently, without its freshness deteriorating over time.

The process might sound arduous, but it’s worthwhile. Most people will only ever know soy sauce as a condiment intended to add a salty kick. Snow-aged soy sauce, on the other hand, is smooth and subtle, intentionally low in sodium and slightly thicker in viscosity. It hardly has a flavor of its own; its sole purpose is to elevate the complexities of other dishes.

“In terms of taste, it’s much more mellow,” Lange says. “The flavor is more balanced. Some soy sauce is very aggressive in saltiness, a little bit too sharp or tangy. But this soy sauce… supports the ingredients, it brings out more flavor.” 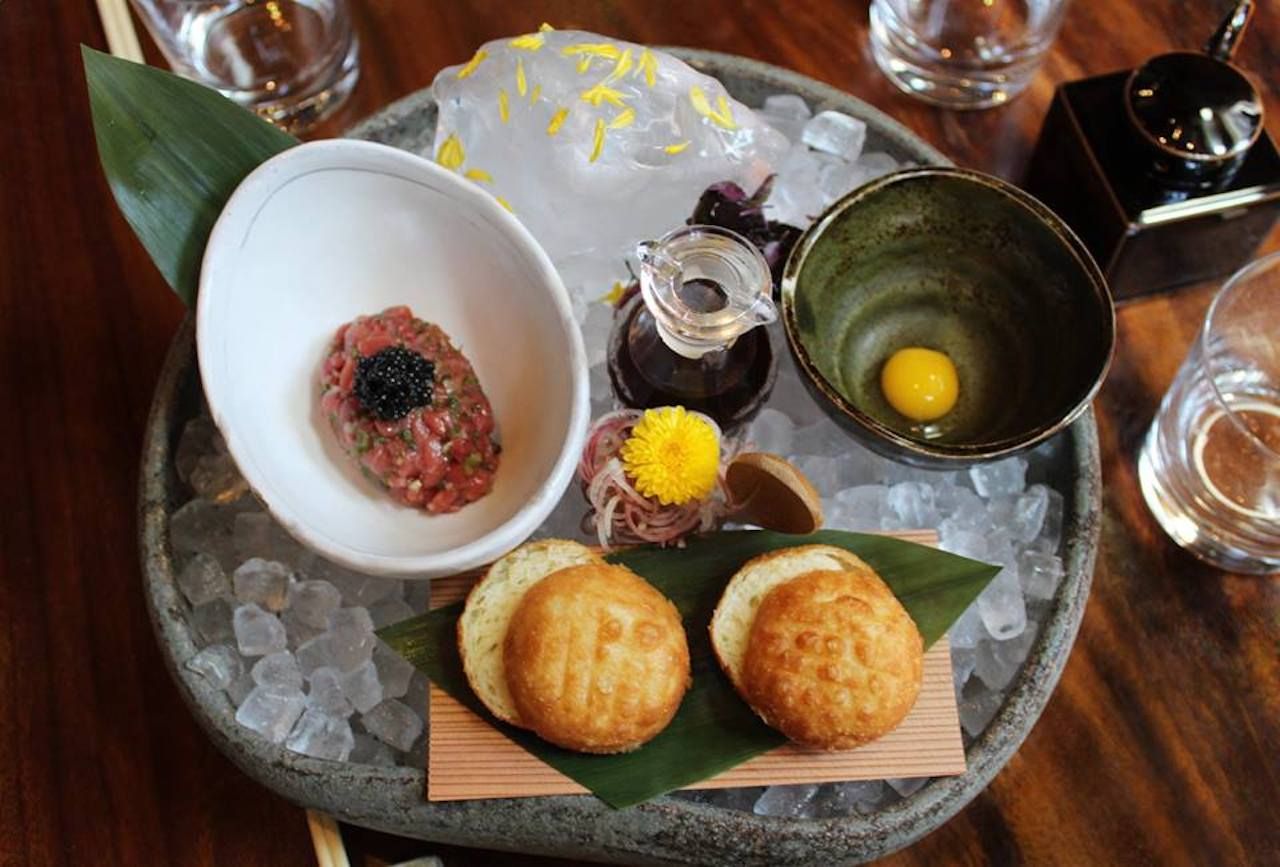 I recently had the opportunity to try it for myself at Zuma. The soy sauce arrived at our table in a stout, unlabeled glass bottle alongside a stub of wasabi root, which was freshly grated in front of us. I gingerly tapped a thick, rich slice of ruby red tuna belly into the soy sauce — just a touch — and took a bite.

The soy sauce itself isn’t distractingly acidic, nor could the salinity even be described as crisp. Yet to say it’s bland isn’t quite right either. Yukimuro-Yuraka snow-aged soy sauce is simple, fresh, and light — a breeze of salt passing over your palette then dissolving. The already divine flavors of the tuna belly popped; the soy sauce succeeded in underlining, even emphasizing, this delicious fish but never overwhelmed it. The tuna belly itself melted away on my tongue like a knob of sea-washed butter.

“I’ve never tasted anything this fresh,” Zuma’s executive sushi chef, Kwang Kim, said of the yukimuro soy sauce when he stopped by our table to say hello.

At the moment, Zuma is still the only place in the country where you can try Hokushoku’s snow-aged soy sauce (Chef Kim jokes that he hopes it stays that way for the foreseeable future, as it speaks volumes about the quality of his restaurant). There are so few companies producing snow-aged soy sauce that it’s nearly impossible to find outside of Japan. In my own research, I couldn’t even dig up a place to snag a bottle online. If you want to get a taste for yourself, it has to be at Zuma.

The restaurant has become a perhaps unexpected ambassador of this culinary treasure. Lange says he stumbled upon it while on a research trip visiting sake breweries and rice farms in Niigata. It’s easy to see why Lange was so drawn to it. On a plate of much more flashy, attention-grabbing foods, Yukimuro-Yuraka soy sauce acts as a spotlight, making everyone else look good while confining itself to the background.

This shouldn’t necessarily be news, at least not to people familiar with sushi. A high-quality soy sauce will never overpower expensive pieces of fish. Yet the arduous process by which snow-aged soy sauce is produced sets it well apart. The care with which Niigata’s snow-aging experts treat this humble ingredient that most people, I think it’s fair to say, take for granted is a reminder of its honored status in Japense cuisine. To taste it alongside sushi and sashimi is to briefly glimpse how magnificent food can be when the ingredients are treated with respect.

Food + DrinkEverything You Need To Know About Japanese Barbecue
Tagged
Food + Drink Restaurants + Bars Japan
What did you think of this story?
Meh
Good
Awesome