One young woman from the UK is seeking to make trekking to the high mountains of Tibet about as hard as possible. She’s doing it dressed in traditional Nepalese clothing and carrying only equipment available long before Yvon Chouinard brought mountaineering gear into the modern age. Elise Wortley is on a mission to recreate the Himalayan journey of French author and spiritualist Alexandra David-Neel, best known for her 14-year voyage through Asia from 1911 to 1925. In so doing, Elise seeks to inspire young women the world over.

Following the footsteps of a giant 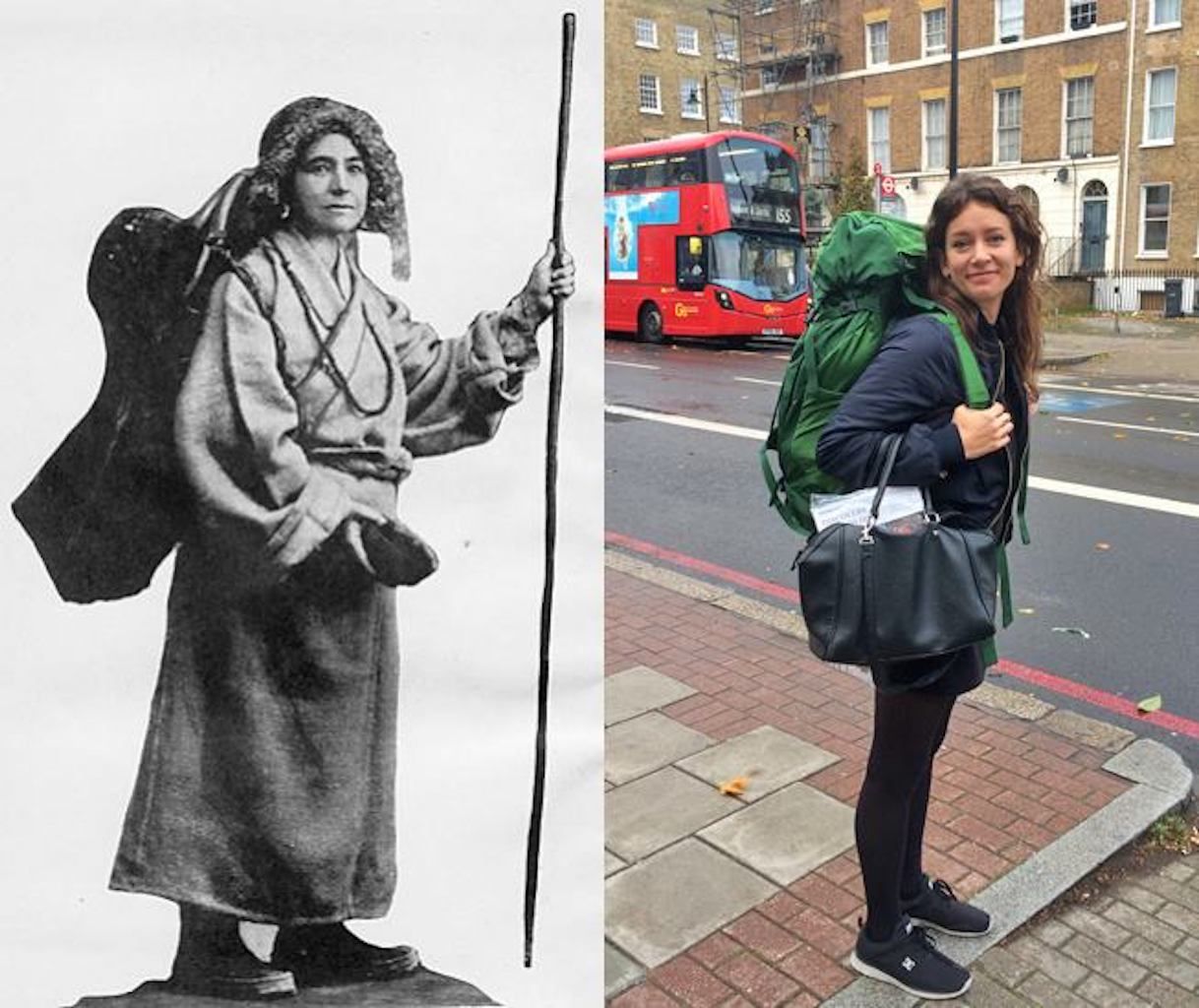 Elise Wortley was 16 when she first read the French explorer’s work, and the idea of recreating David-Neel’s path imprinted itself in her mind. The peak of David-Neel’s trekking came in 1924 when she reached the forbidden city of Lhasa, Tibet, at a time when the region was essentially impossible for outsiders to access. It was a monumental achievement, one that inspired future voyagers from Jack Kerouac all the way to today’s modern dirtbags.

David-Neel achieved this during an era when historical accounts of heroic adventurism almost always point to men. Female travel, Elise thought, needs to be highlighted to the same degree as men’s.

“Here in the UK we have about seven famous explorers who are on the TV, and they are all men — which to me is so bizarre, as there are so many women doing amazing things who don’t seem to fit this macho ex-army explorer profile that has been created,” she said. “This is why I’m really doing all this, to try and highlight their stories, especially Alexandra David-Neel, who was just so inspiring.”

David-Neel dressed as a beggar in order to pass into the city of Lhasa undetected, and she turned her experience into the books Magic and Mystery in Tibet and My Journey to Lhasa. Although she was married, she undertook the adventure alone. Of course, she had no Google or cell phone, let alone any kind of lifeline to turn to should disaster strike. She was an influencer long before the days of Instagram and an adventurist before solo female travel was a thing.

“I actually think that the women’s trips were way more hardcore [in the old days],” said Elise. “They faced the same challenges as men, but also had to do this with the pressure of being a woman — so having to deal with periods, discrimination, et cetera. And a common theme with them all is that they had to dress as men through much of their exploring years.”

As such, Elise brings an all-female team with her on her journeys. In November 2017, she landed in Lachen, Sikkim, a northern Indian state bordering Bhutan and the same location where David-Neel began in 1911. She trekked north, reaching as close to Tibet as she could, crossing mountain peaks and valleys with her makeshift gear setup.

“It’s not your normal walk in the Himalayas,” Elise said. “The main thing for me was to have an all-female team… In India they just didn’t understand why I didn’t want a male mountain guide. It was really, really hard to find a guide.” She found further difficulty when explaining that she’d be bringing her own tent and equipment and, for better or worse, didn’t want the gear on offer from guides and tour organizers.

The nights were cold. Elise stayed warm in a yak wool hat made by her mother and a yak fur coat that greeted her upon arrival in India. She soothed herself with water heated in a traditional kettle, sleeping in a tent high in the world’s most ominous mountain range. For a month she and her team pressed onwards, eventually reaching Kangchenjunga base camp, the end point of leg one. Then, she turned around and headed back to where she started.

The next leg begins in China, which Elise expects to kick off in May of 2019. Planning and organizing this trek has been equally tough. While she uses the internet and modern accessories to plan the trip once she’s on the ground, Elise works to keep things as true to the David-Neel’s past experience as possible.

That means that organizing the route from Beijing to the Kum Bum monastery in Tibet has proven challenging. A century ago, David-Neel chartered a horse and cart to carry her. Needless to say, horses and carts are an increasingly elusive form of transportation in the age of combustion engines.

Moreover, many of David-Neel’s Tibetan stops have proven difficult to access. “I very naively didn’t realize how restricted Tibet is, even now,” said Elise. “You can visit there, but you can’t really go anywhere.”

Still, Lhasa is the planned destination. The end goal, however, is not so much a place as an aspiration. It is to inspire young women — in both travel and life — to just go for it and not let preconceived notions about limitations stand in their way.

“There were times when I’ve been organizing this that I just sit there and have a little weep, thinking, ‘There’s no way this is ever going to happen,’” Elise said. “But actually I’ve found through this that if you keep pushing, keep at it, you will get there.”

Travel for inspiration — and a good cause

Beyond paying homage to inspirational women of travels past and inspiring those of the future, Elise is raising money for the charity group Freedom Kit Bags, an organization which provides sanitary wear to women outside of the developed work, particularly in Nepal and in places where stigma surrounds menstruation. Many are victims of sexual assault. Through her website, Elise is accepting donations for the charity. Her goal is to donate 100 Freedom Kit Bags to women and girls in rural Nepal by next spring. Each kit costs £25, or about $32. In addition to individual donations, support for her journey to this point has been provided by Exodus Travels, a UK-based responsible tourism organization, and THINX, which provides sustainably made reusable period underwear. 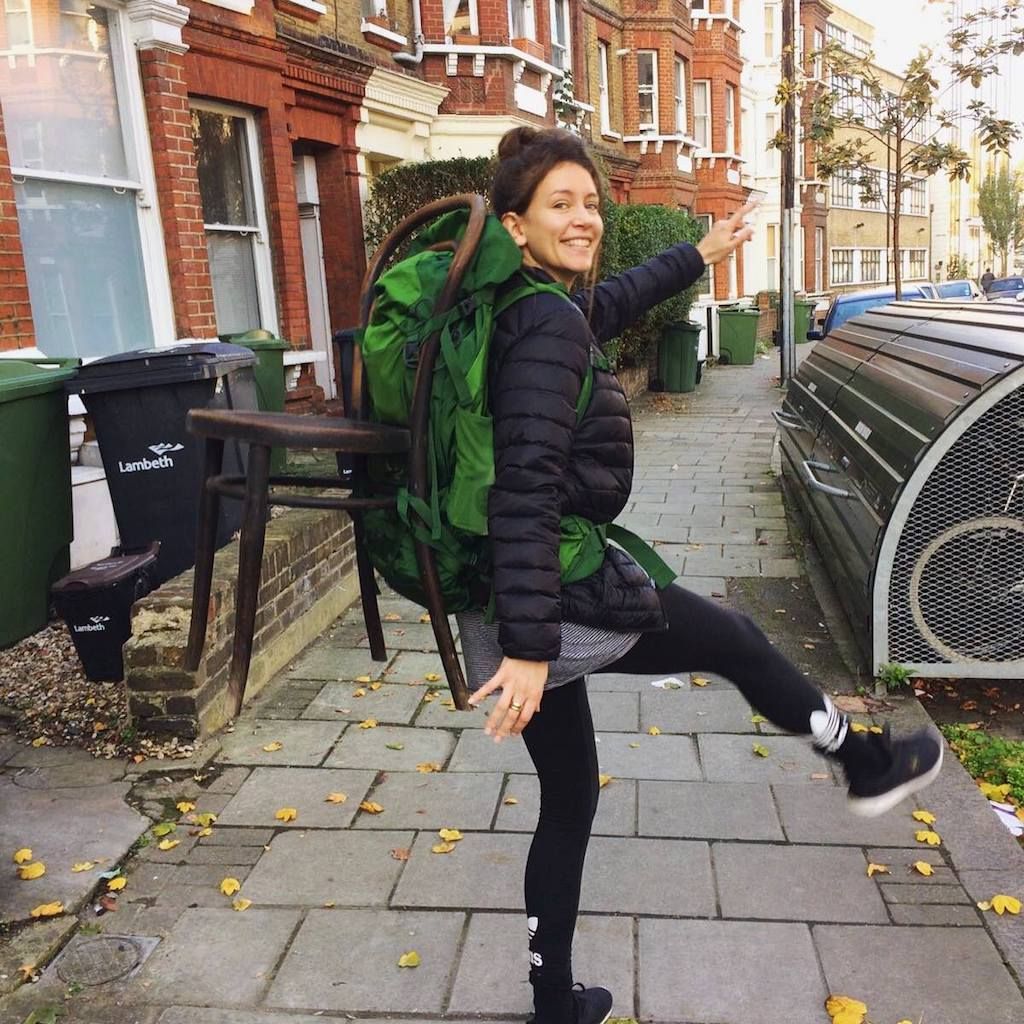 Travel equipment was much more primitive back in Alexandra David-Neel’s day. Much of the clothing she wore was made of yak fur and wool, which Elise procured in the form of a tent, hat, and boots. Even her backpack is homemade, with the legs from an old wooden chair and a wicker basket serving as the frame. Here’s a rundown on what else she’s traveling with, according to her blog:

In Her Shoes: India
Tagged
Activism Female Travel
What did you think of this story?
Meh
Good
Awesome