Atlanta is like no other US city — it’s a beautiful mix of urban and traditional charms. Even a short trip to “The Big Peach” should include saucy barbecue, a dressed-up night out, and boutique accommodations that exude warm hospitality. These three Atlanta boutique hotels fit the bill perfectly. Each combines nicely appointed guest rooms with Southern dining and a central location to ensure you get the full Atlanta experience.

Experience the finest levels of boutique service at the Glenn Hotel 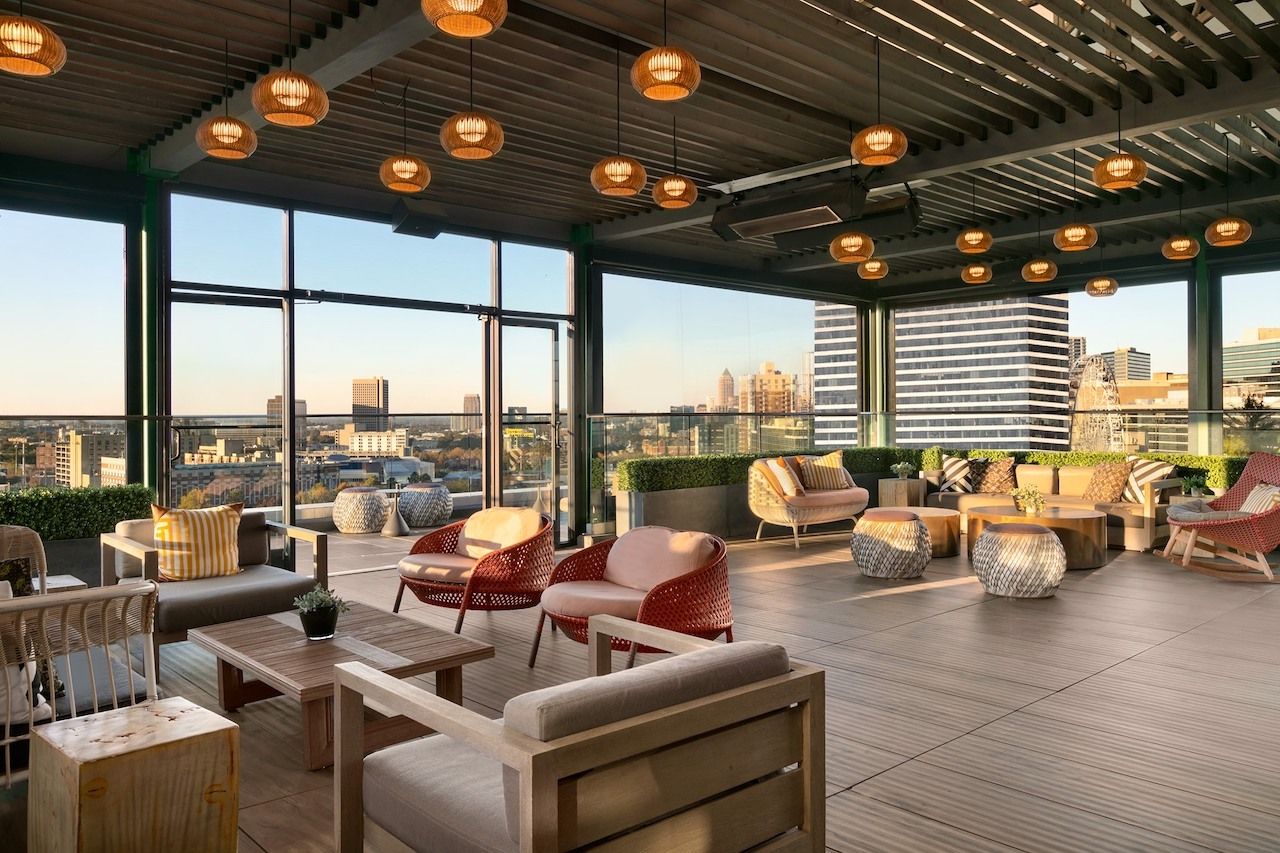 Few things are as welcome after a long day of travel as a warm, scented towel with which to place over your weary face. The feeling is pure magic. The Glenn Hotel offers such a moist towel at check-in, along with a cool drink to soothe you from the city’s hot summer temperatures. Before you drift off into cocktail and moist-towel-induced fantasy, remember that you haven’t even left the check-in desk yet. Atlanta boutique hotels are known for their charmed hospitality, and the Glenn Hotel is one of the best examples of this tradition; it has an open-air SkyLounge up top for evening drinks under the stars and 110 exquisitely-trimmed guest rooms below. 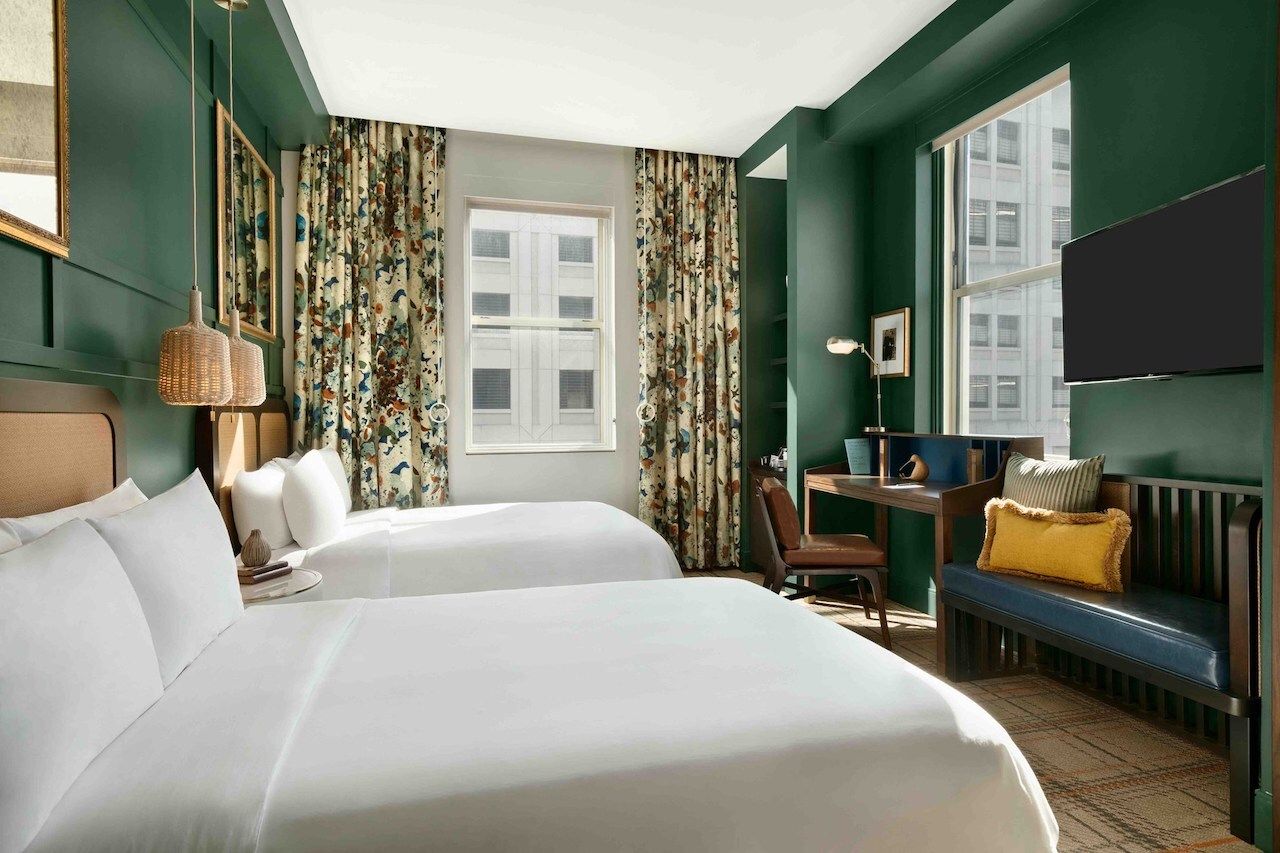 Room options range from standard to penthouse, and all include ornate bathrooms with large showers along with original artwork from celebrated local and international artists. Southern-influenced cuisine is served nightly at Glenn’s Kitchen. The hotel is located on the edge of downtown Atlanta, across from Centennial Park and nearby to State Farm Arena, the Georgia Aquarium (see below for discounted entry), and the CNN Studios, which offer tours where you may catch a glimpse of Wolf Blitzer. 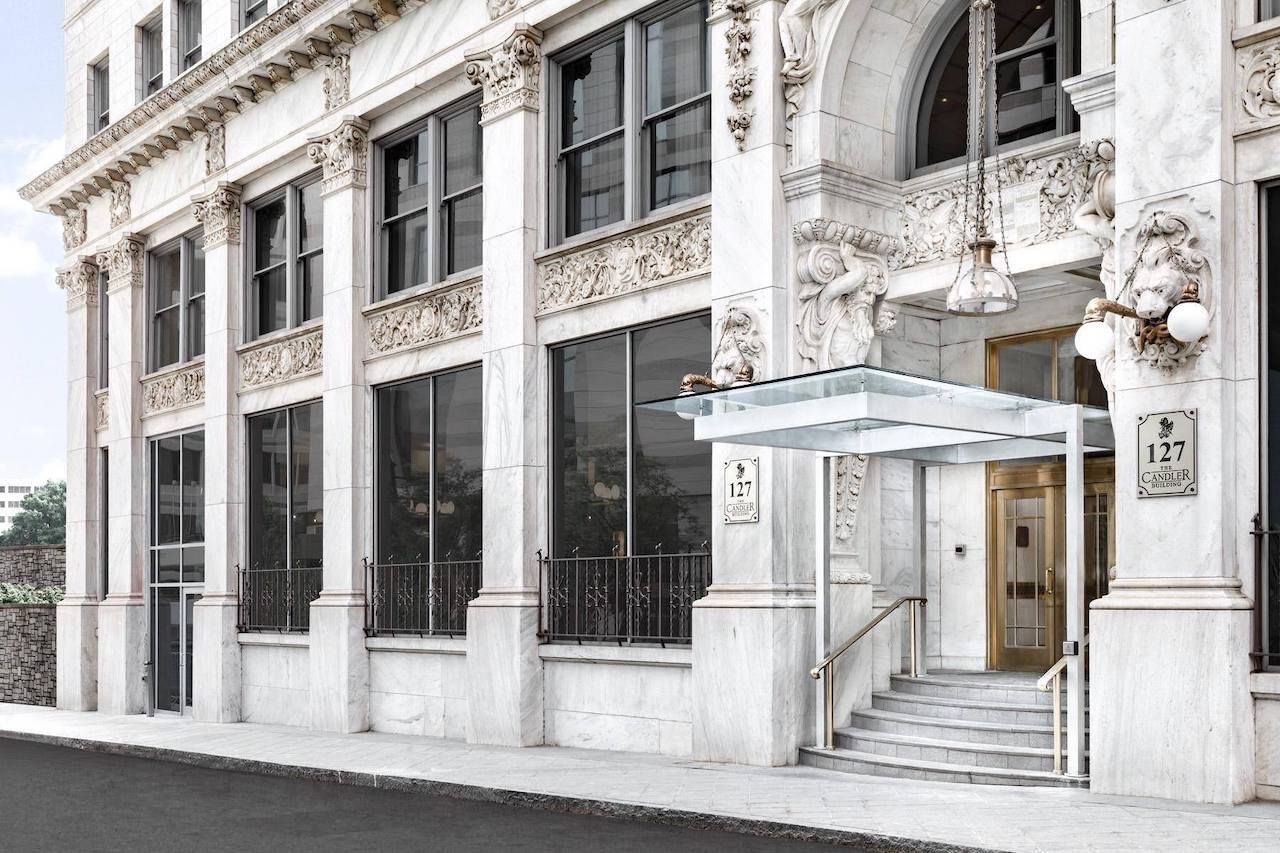 Iconic food and drink companies keeping their masterpiece recipes hidden in strategic locations is nothing new (if you come across KFC’s seven spices, let us know). According to legend, the Candler Hotel is ground-zero for Coca-Cola. The hotel was built in 1906 by Asa Briggs Candler, founder of Coca-Cola, and it’s believed by many of the soda brand’s hardcore devotees that the original recipe for the soft drink is kept in the basement vault to this day. Regardless of the validity of this claim, a stay at the Candler Hotel is an excellent opportunity to experience a piece of Atlanta history. 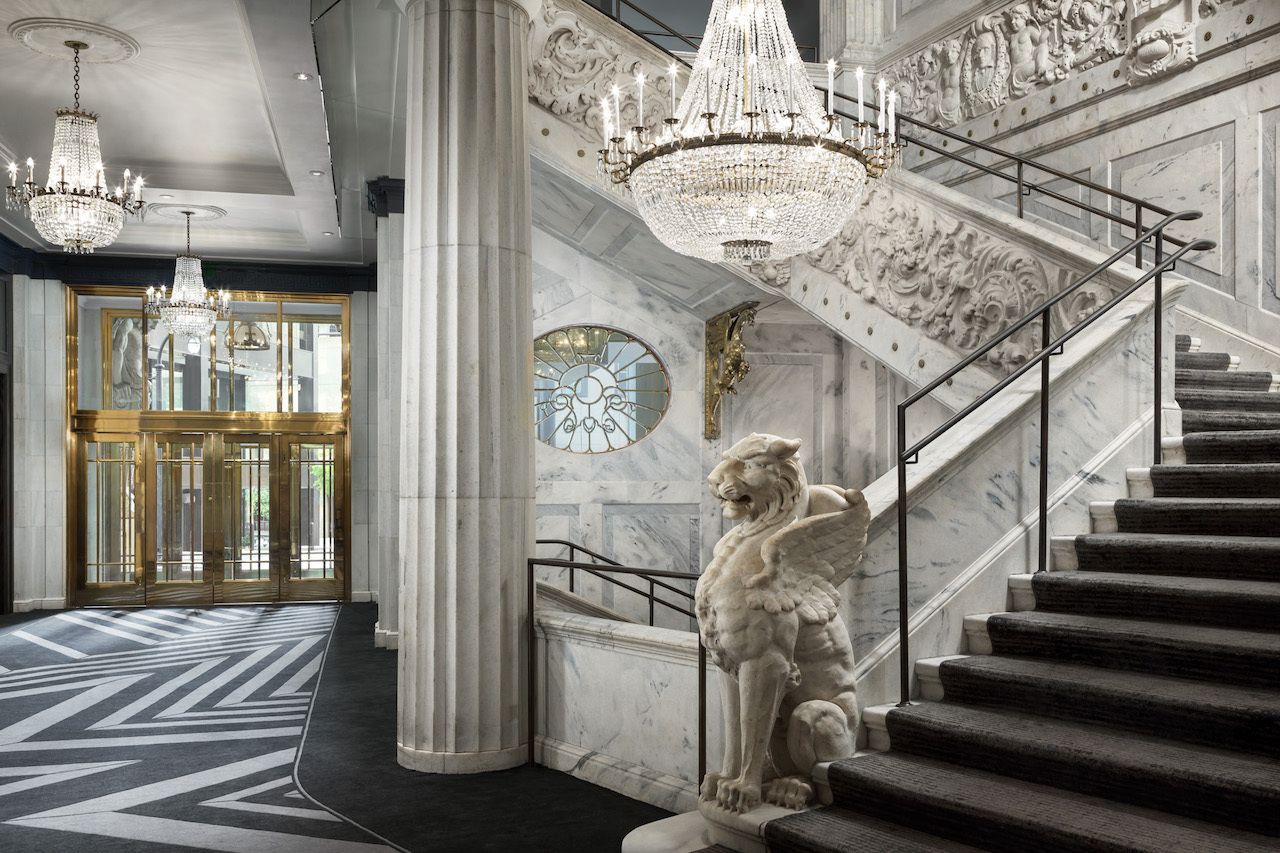 You’ll be within walking distance to the World of Coca-Cola and the downtown installment of the Landmark Diner, the legendary Atlanta breakfast spot. The Candler opened as a hotel only in 2019, after many years as office space, so on top of being right downtown, the property features 265 hip and modern guest rooms in a mid-rise tower not far from Mercedes-Benz Stadium. Of all Atlanta boutique hotels, the Candler Hotel has the coolest backstory.

Stay near the Beltline at the Wylie Hotel 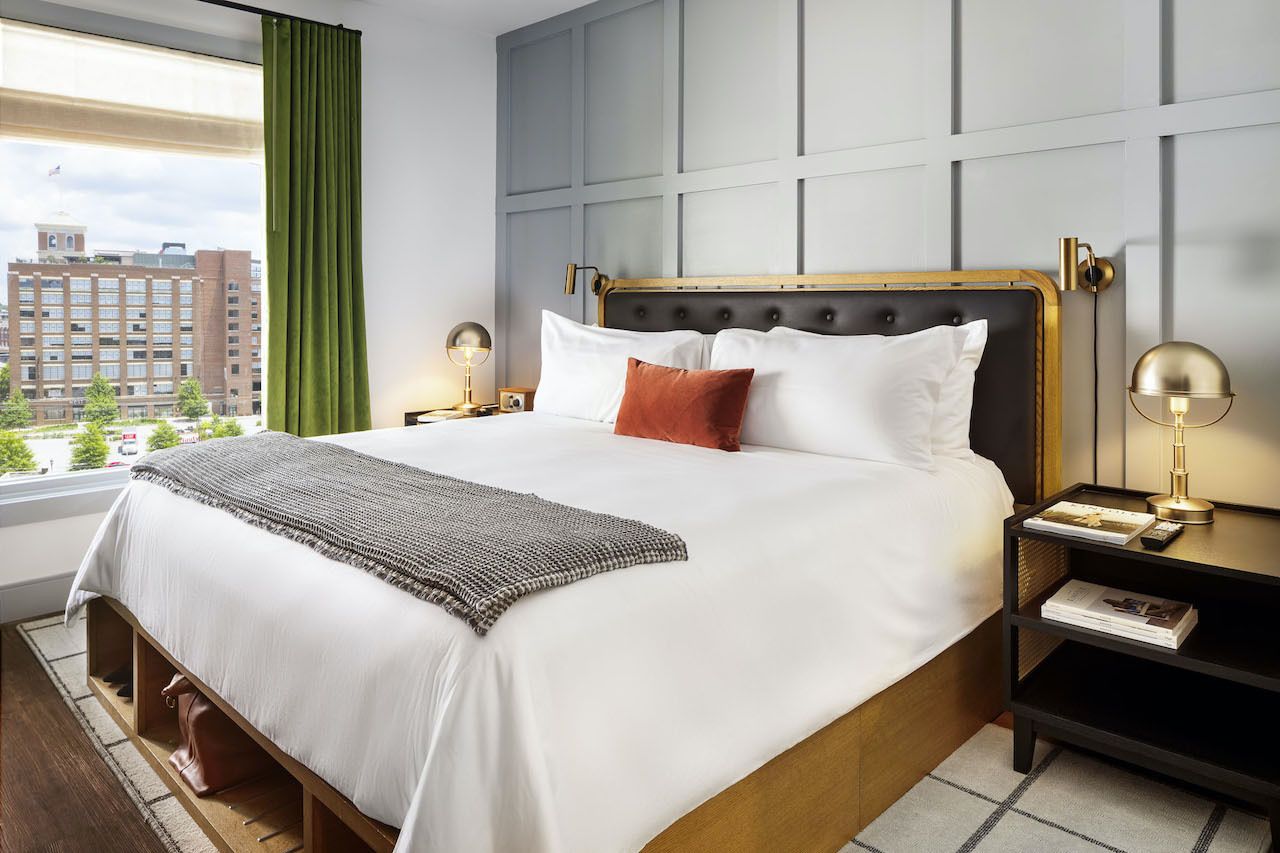 Atlanta’s Beltline is a 22-mile urban park consisting of converted old rail lines that encircles Atlanta’s urban core. A stay at the Wylie Hotel puts you adjacent to this urban oasis, an ideal place to access the trails for a hike or find a good spot to settle down for a picnic. Because the hotel is in the city core, it also gives you easy access to sports, museums, and Atlanta’s legendary music scene. 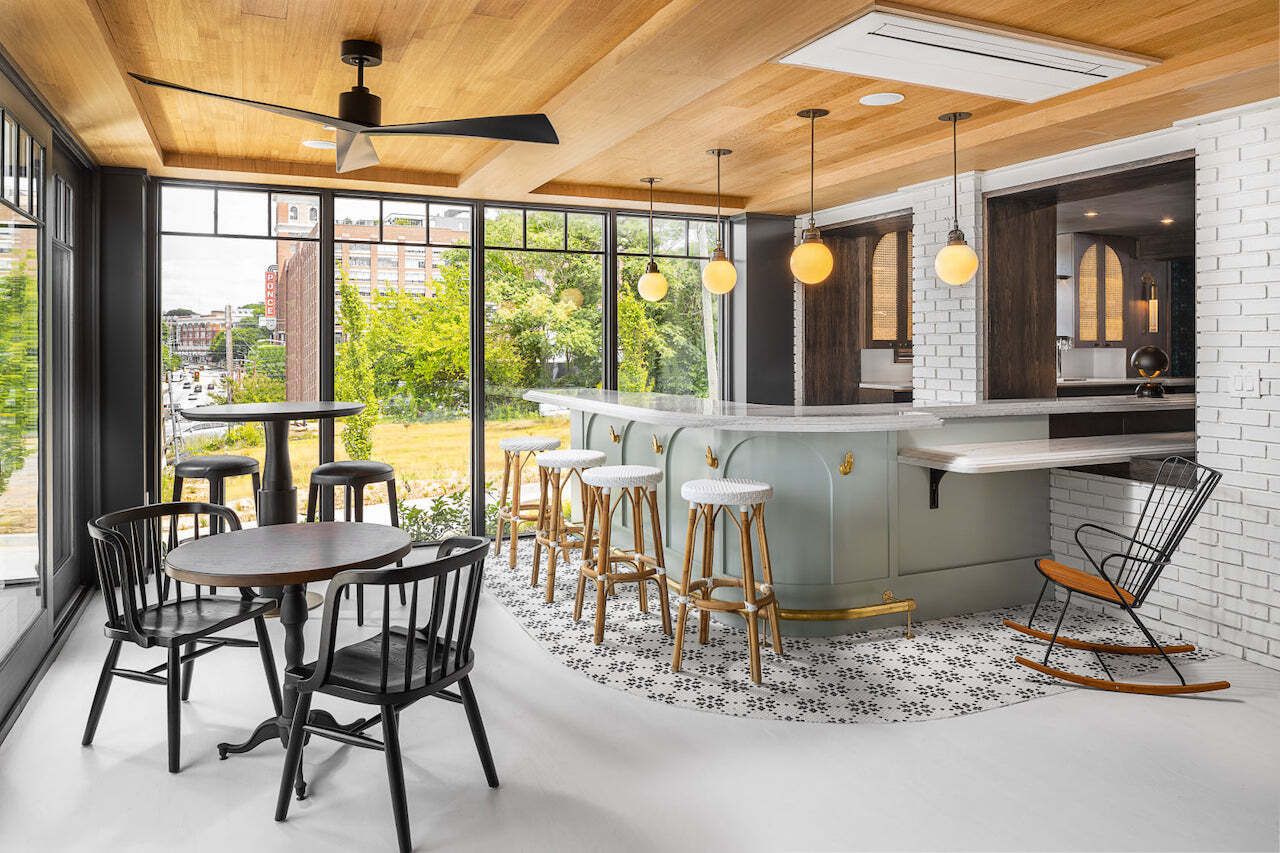 What makes The Wylie Hotel a standout property is its homelyness. Each room features an artisan pantry of local snacks. The onsite restaurant, Mrs. P’s Bar & Kitchen, serves local, seasonal cuisine in a small space that hasn’t forgotten about its southern roots. Overnight guests can enjoy a drink in The Parlor or The Sunroom before retiring to their room for the night. The overall experience makes you feel at home the way that a B&B does, while also offering the amenities and services of a top-notch hotel.

Tour the Georgia Aquarium for over 50 percent off

While you’re in town, stop by the Georgia Aquarium with this Travelzoo deal that gets you in the door for just $33 — more than 50 percent off the full price. Here you can check out African penguins, American alligators, Manta Rays, and more. Add-on activities include swimming with whale sharks and specialized encounters with dolphins, penguins, seals, and more.

Epic Stays6 Perfect Atlanta Airbnbs To Experience the Best of the City
Tagged
Epic Stays Atlanta, GA, United States
What did you think of this story?
Meh
Good
Awesome