Whether it’s summertime or the dead of winter, there are few things more enjoyable than a dip in the restorative waters of a thermal spa. You could go to any old spot in your hometown, take a mud wrap or get a two-hour massage, but you’re definitely better off in a place where spa traditions date back centuries. Thanks to the ancient Romans, who took relaxation pretty seriously, there are a number of cities across Europe with an abundance of thermal spas, and unlike in Roman times, they aren’t just reserved for the elite. From the natural geothermal hot springs of Iceland to ancient Roman baths in England, here are the spa towns you need to keep on your radar for a restorative experience. 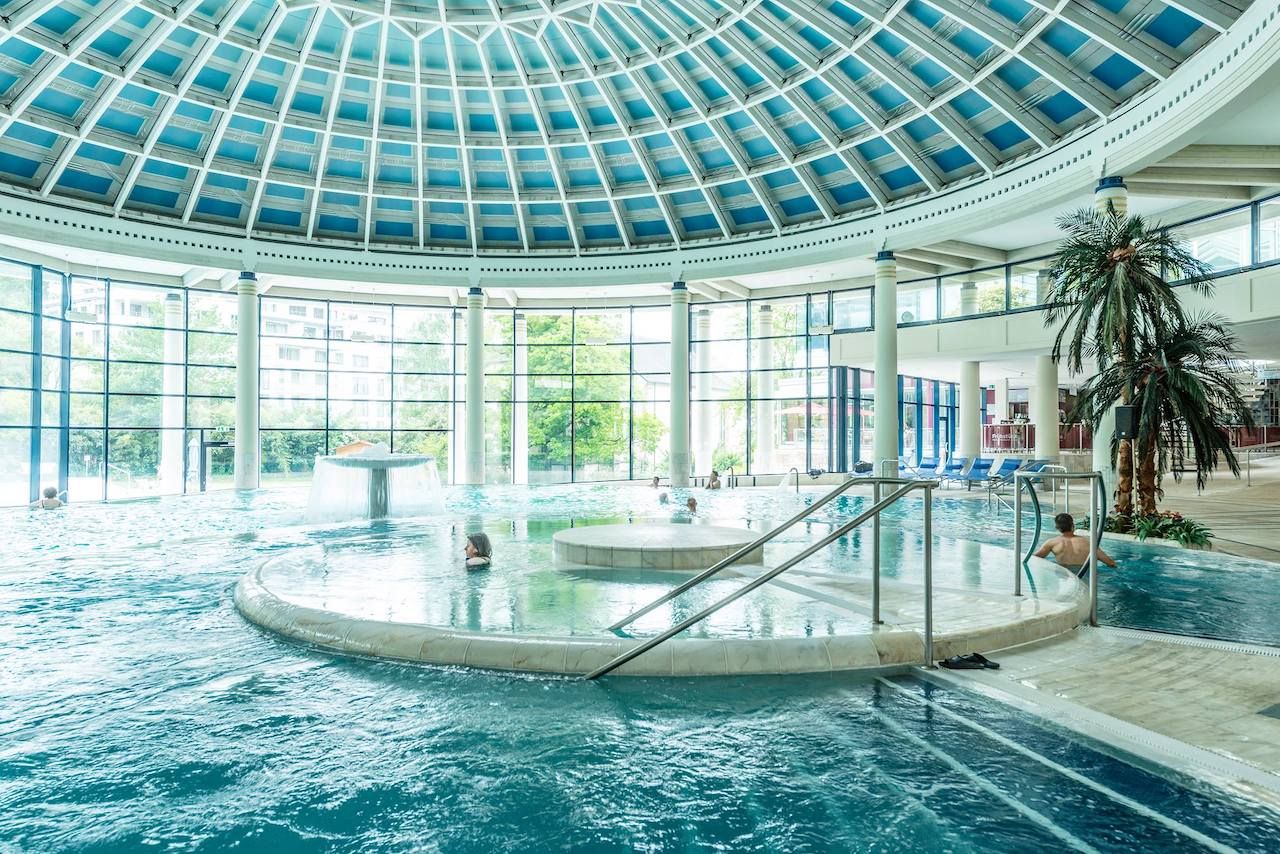 Literally translating to “bath-bath,” Baden-Baden is the king of German spa towns. There are two main thermal baths to choose from. The Friedrichsbad is an exceptional way to experience Roman and Irish bathing traditions, with 17 different thermal bathing stations all with different temperatures. It’s also important to note that this is a nude bathing complex, so you should be prepared to bare it all. You will not, however, have to be naked in front of the opposte sex unless you really want to, as men and women only bathe together on special mixed-gender days.

Opened in 1877, the Friedrichsbad baths does not actually date back to Roman times, but you can still enjoy the building’s elaborate frescoes and classical architecture while you sit in the rejuvenating waters. The Caracalla Spa has a much more modern aesthetic, built in the 1980s with a glass dome and marble columns. While it doesn’t have quite as many pools as Friedrichsbad, there are still 12 hot springs to choose from, including an outdoor area in a castle garden.

The charms of Baden-Baden haven’t gone unnoticed by the rich and famous, either. Notables from Barack Obama all the way back to Queen Victoria have been known to frequent the spa town. 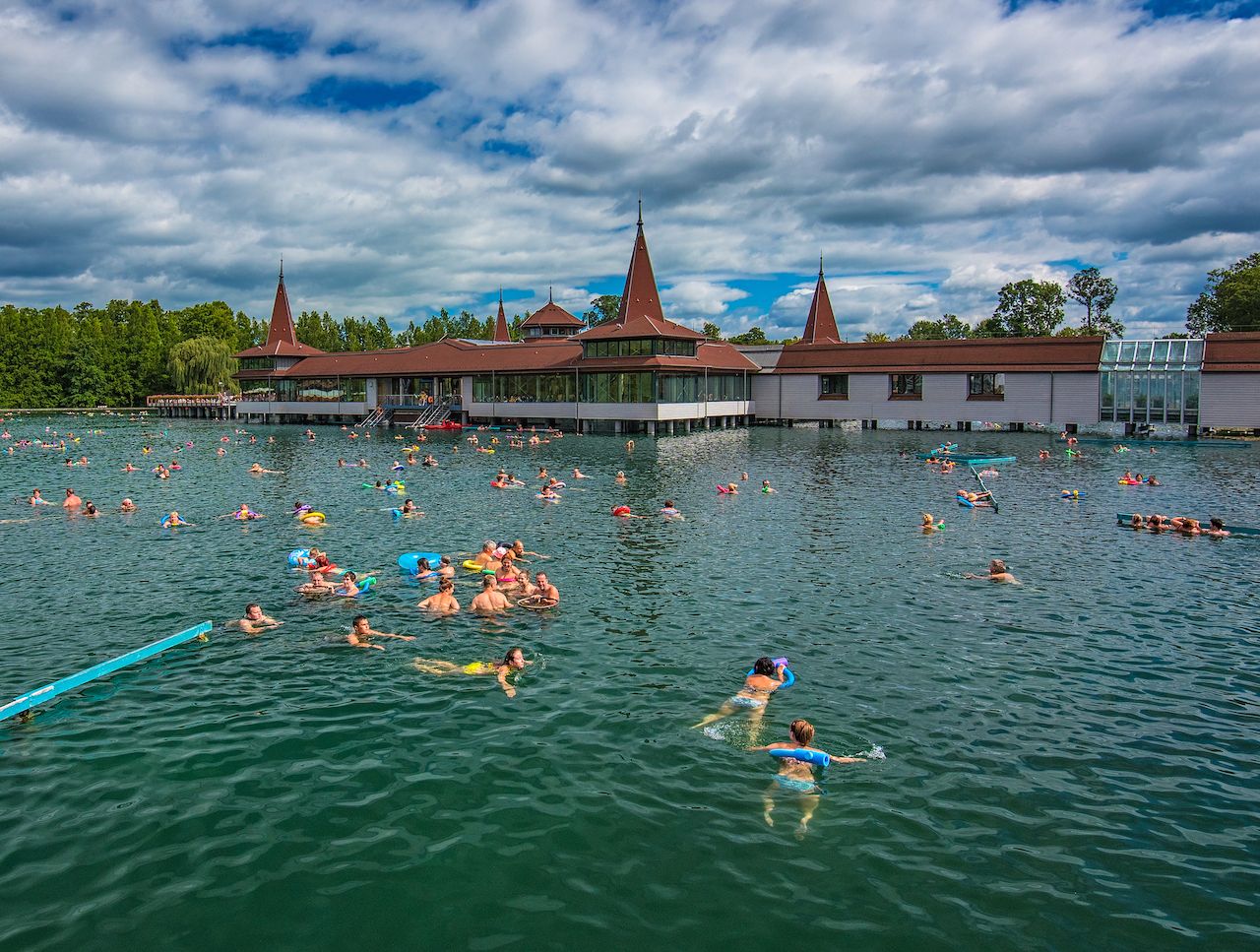 Budapest is indisputably Hungary’s best-known spa town, with multiple spas across the city. The problem is that bathing in Budapest can be far from relaxing. Crowds are tough to avoid in the city’s more popular spas, and though certainly worth a visit, they may leave you craving a more soothing experience. Heviz, located two hours southwest of Budapest, is home to the world’s second-largest thermal lake, fed by a natural hot springs that are rumored to have a host of medical benefits. In this town of under 5,000 people, you won’t have to worry about jockeying for space in a pool. The water temperature is always warm, so even in the heart of winter you can take a relaxing and comfortable dip in Lake Heviz. Many residents spend their summer days floating among the lake’s water lilies while sipping a drink or reading a book. 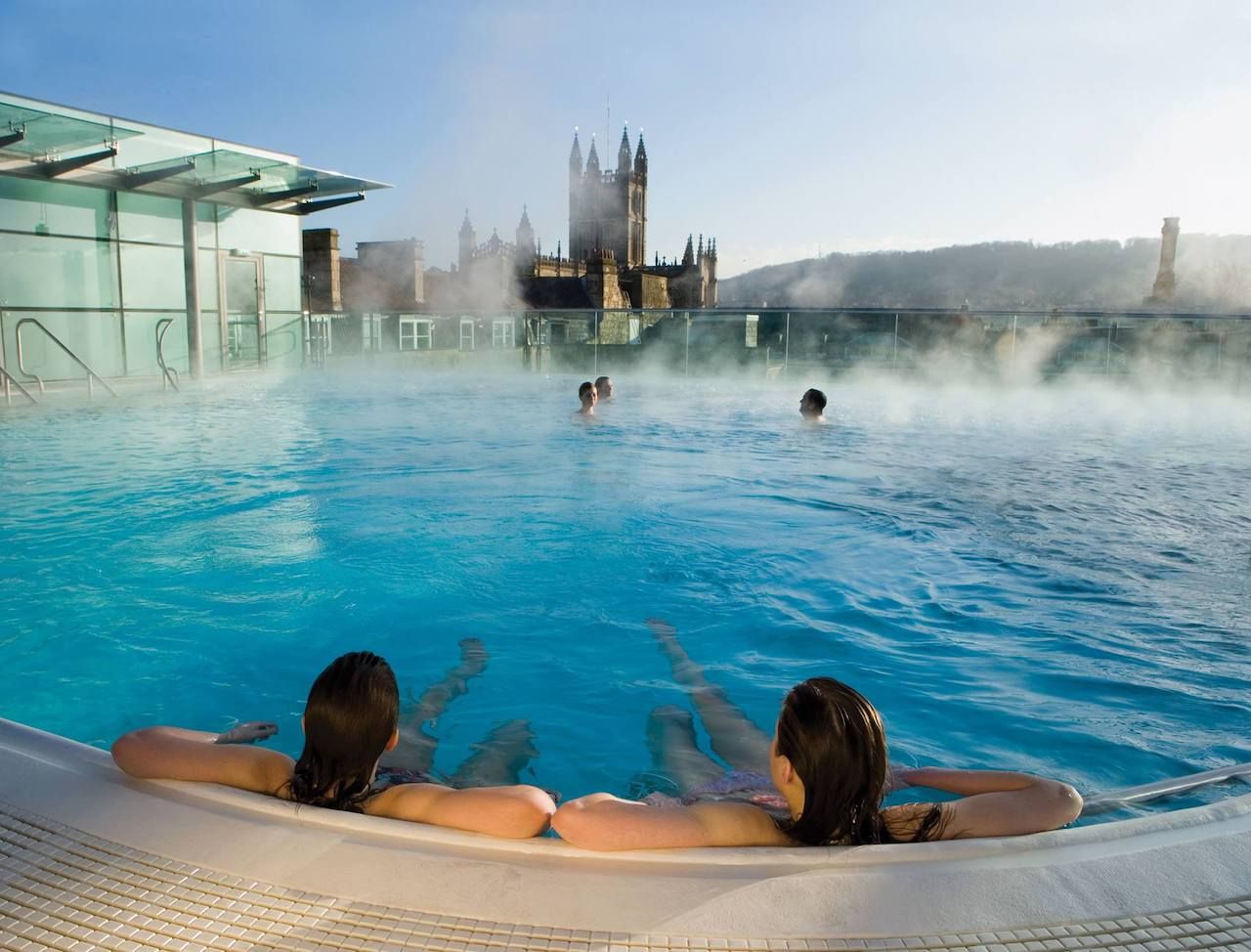 Aptly named, Bath is the premier relaxation town in England, with its spa roots going back over 2,000 years. Around 43 AD, Romans began developing the Aquae Sulis, a sanctuary for rest and relaxation unique from the military outposts they often established in occupied territories. The extensive series of baths was the largest outside Rome, and people traveled long distances — even from mainland Europe — for the restorative waters of the Aquae Sulis.

The city’s spa history is incredibly well preserved, with the original Roman Baths complex and Great Pump Room available for tours, though the baths themselves are no longer usable. People still, however, come from all over the world to take a dip in Bath’s Thermae Bath Spa, the city’s main spa with 18th-century Georgian architecture and an open-air rooftop pool. 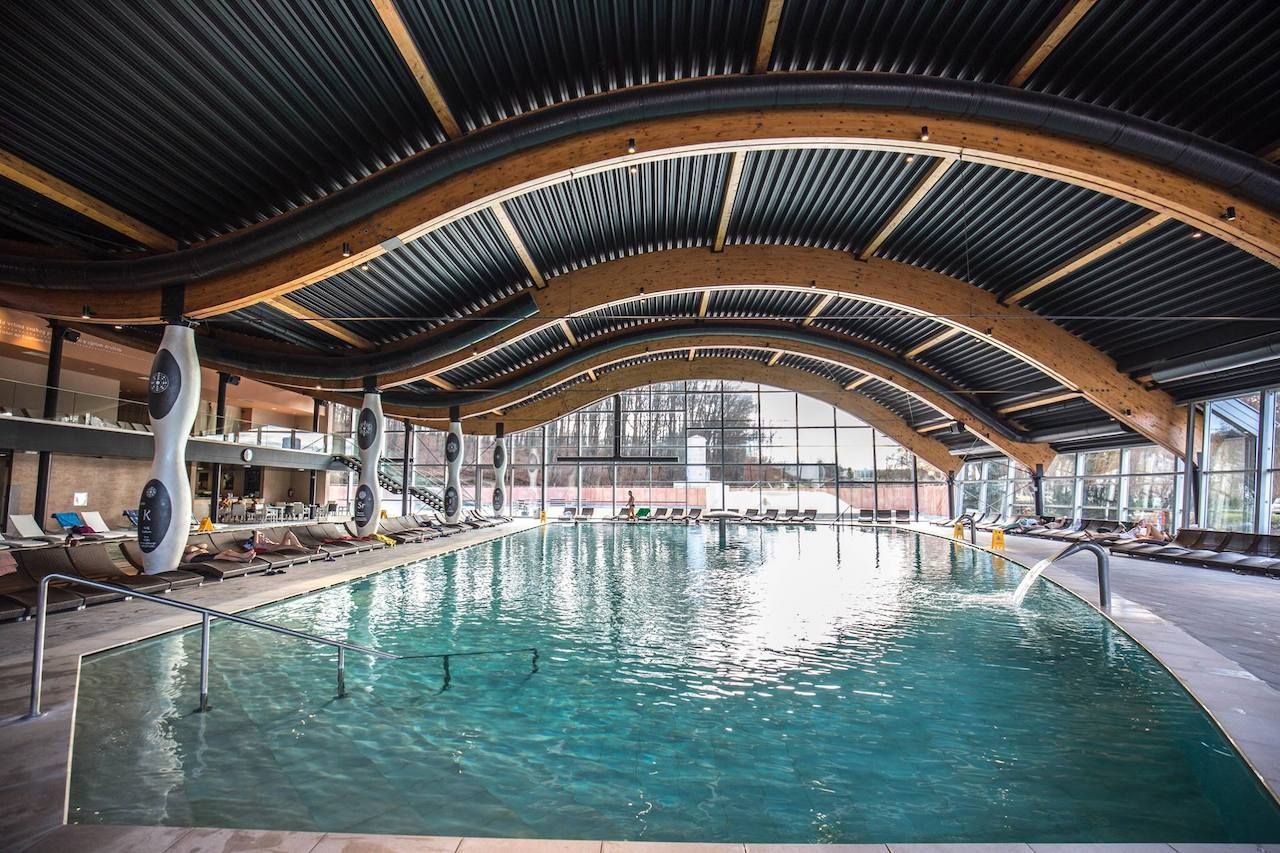 Most visitors to Croatia tend to spend their time along the coast, basking in the sun. But while a beach day by the Adriatic is certainly relaxing, nothing beats the spas of Sveti Martin na Muri in the north of the country. This city’s spa tradition dates back to 1936 when its first wooden swimming pool was built. Now, visitors flock to the LifeClass Terme Sveti Martin resort. Its Temple of Life pool complex was inspired by the philosopher Rudolf Steiner (the man behind the Waldorf education) who was born in a nearby village. Because the thermal waters there come from the Pannonian Sea — a former sea basin that existed 10 million years ago — the pools are said to have healing powers. 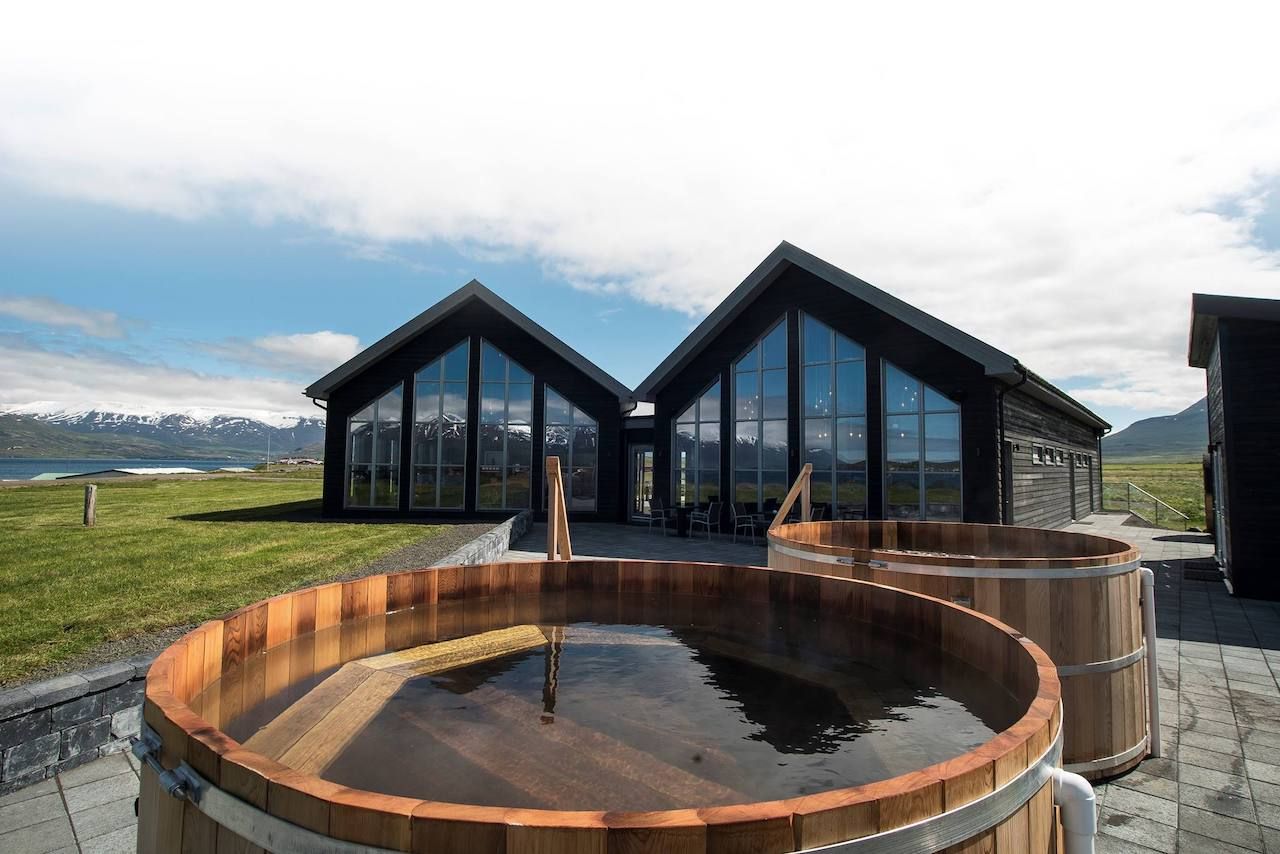 Iceland is full of geothermal springs, and visitors to the country won’t have too much trouble finding thermal pools. The Blue Lagoon, just south of the Keflavik Airport, is the country’s best- known spa, but it’s also a victim of its own popularity, drawing immense crowds at some pretty steep prices. A great alternative can be found in Dalvik, on the country’s north coast, just a half-hour from the city of Akureyri. You can bathe outdoors in the water hot pots, with fantastic views of the Island Fjord, but what really makes Dalvik unique is the Bjórboðin — the Beer Spa. You will soak in beer, water, hops, and yeast while drinking a local Kaldi brew. You’ll have to book in advance, though, as the spa can only accommodate 14 guests per hour.

WellnessThe 7 Fanciest Thermal Spas in Budapest You Need To Check Out
Tagged
Trip Planning Wellness
What did you think of this story?
Meh
Good
Awesome