Hopefully, you’re not yet at the point where you’re going all Portlandia and attending festivals via drone. Because though the heat, crowds, and cost of a major music festival can be a little aggravating, it’s still the only chance to see your entire playlist live in one place, combining it with an epic vacation to a new city or a beachfront paradise.

Spring might be even better than summer when it comes to US music festivals, offering cooler weather and bills with a little more variety. Read on for the best music fests to hit between March and May, and some of the best acts to see when you get there. 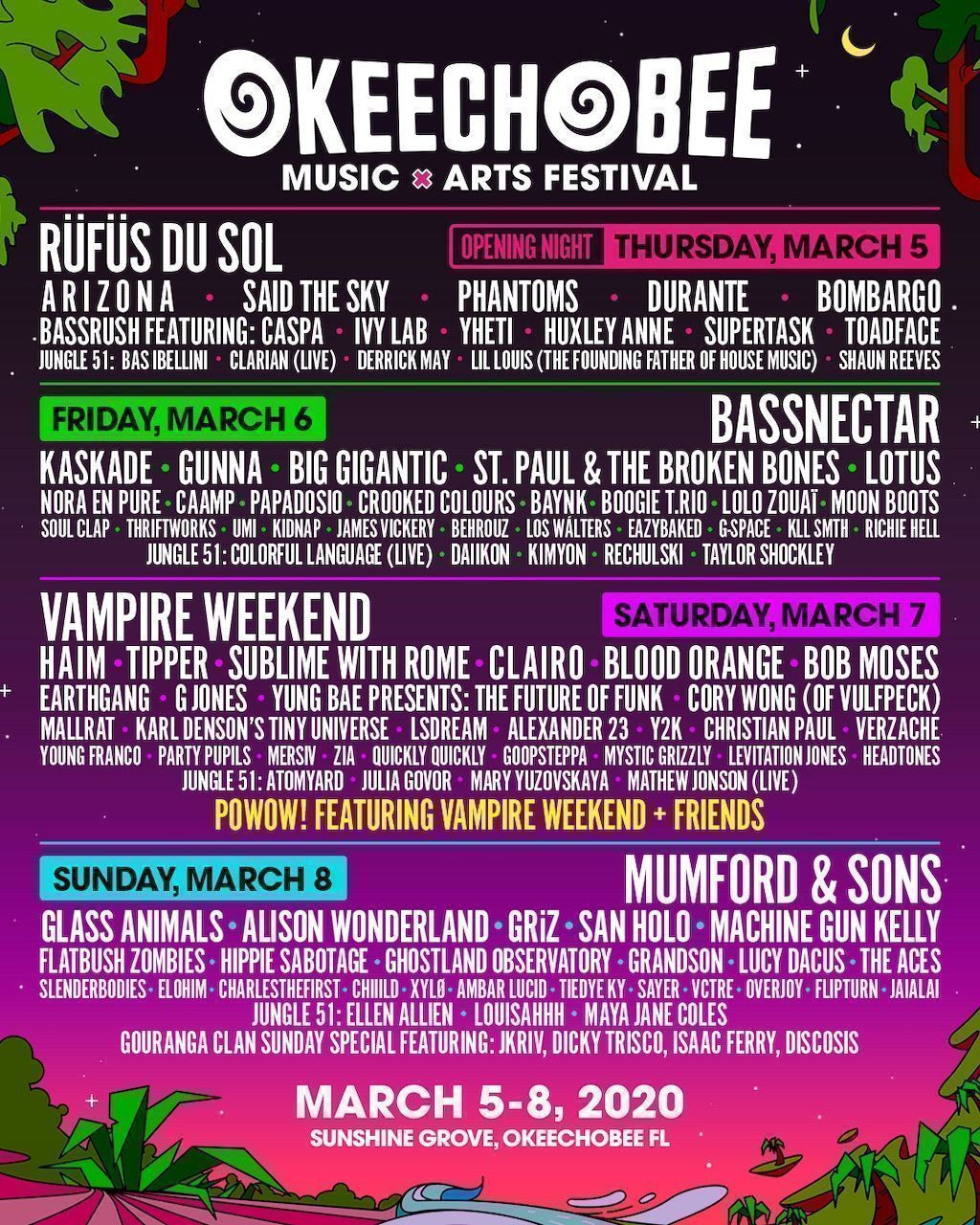 Spring break in Florida typically conjures up images of sun-soaked beaches and regrettable ice luges, but that’s not the case if you head to this festival deep in the swamps north of Lake Okeechobee. The camping festival is a world away from beachy Florida, with giant art installations, a vaudeville/stand-up comedy theater, and a roving group of performers keeping you entertained when you’re not listening to music. But if you’re hellbent on a beach, Okeechobee’s got one of those too at Aquachobee — just make sure to look out for alligators first. 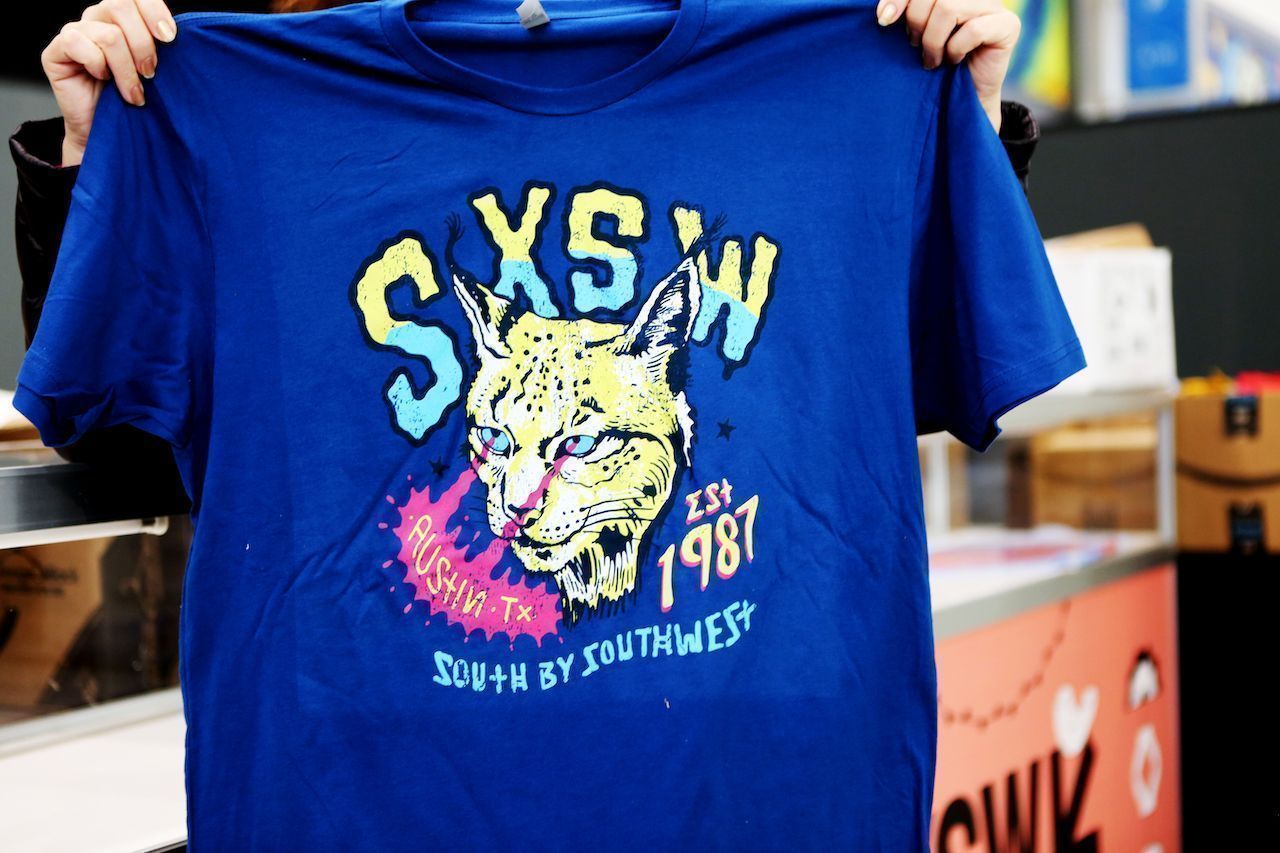 Though there was a time when South By Southwest was just a little music festival for up-and-coming acts in Texas’s quirky capital, like the city it takes over the festival has grown exponentially. Now, it’s a tech conference, film festival, and worldwide networking event where you can still catch shows from great acts all around town. It’s not a festival in the sense of buying one ticket and seeing scores of big names but rather a chance to catch tons of live music in one of the best live music cities on the planet.

Notable acts: You’ll find literally 2,000 performers from over 60 countries at SXSW, but if you need a little direction, MICHELLE and Disq are both worth checking out. 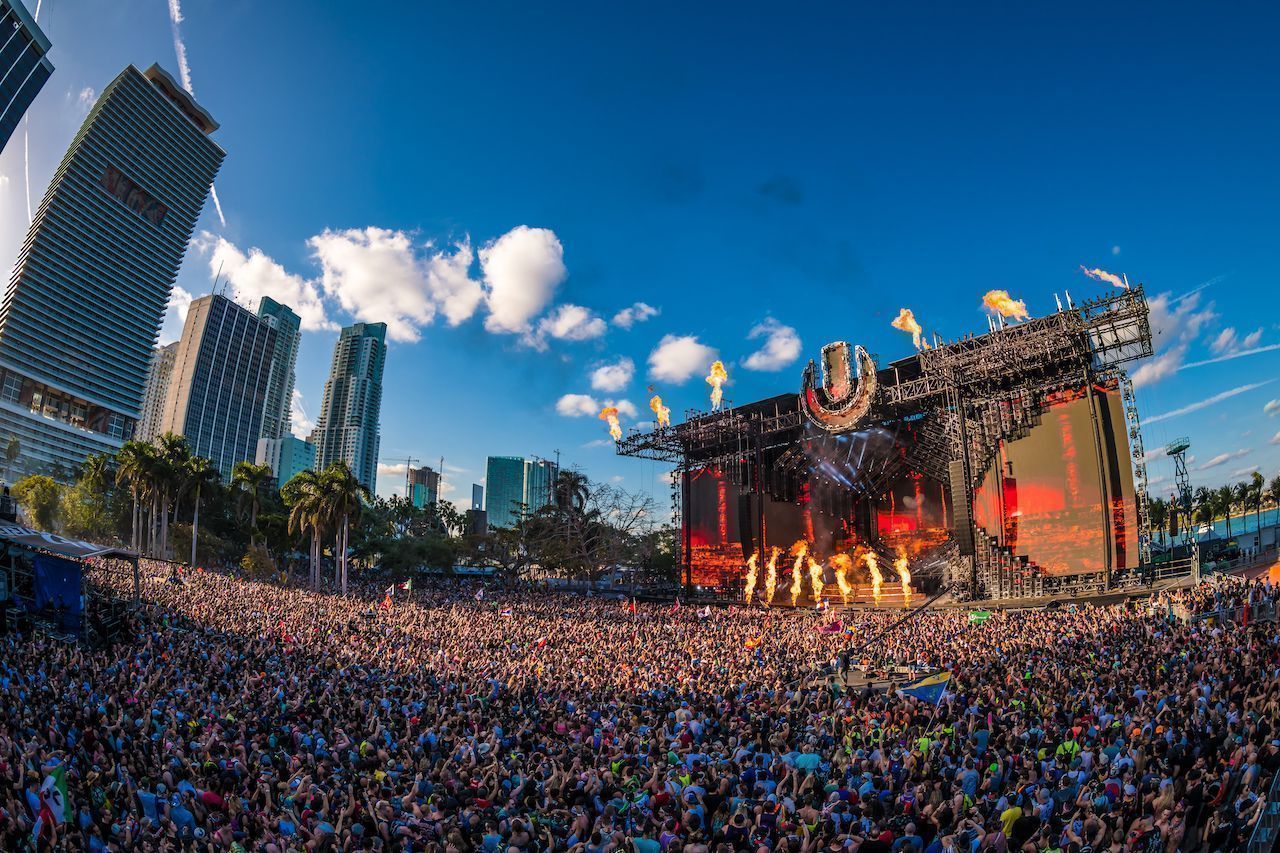 The granddaddy of electronic music festivals returns to downtown Miami this year. It’s a chance to catch the biggest names in EDM and other modern genres under the glorious Florida sunshine in the shadow of the downtown skyline, with people from literally all over the world. Ultra’s also the culmination of Miami Music Week, where the same acts you see on the mainstage play small clubs and even some retail shops around town. 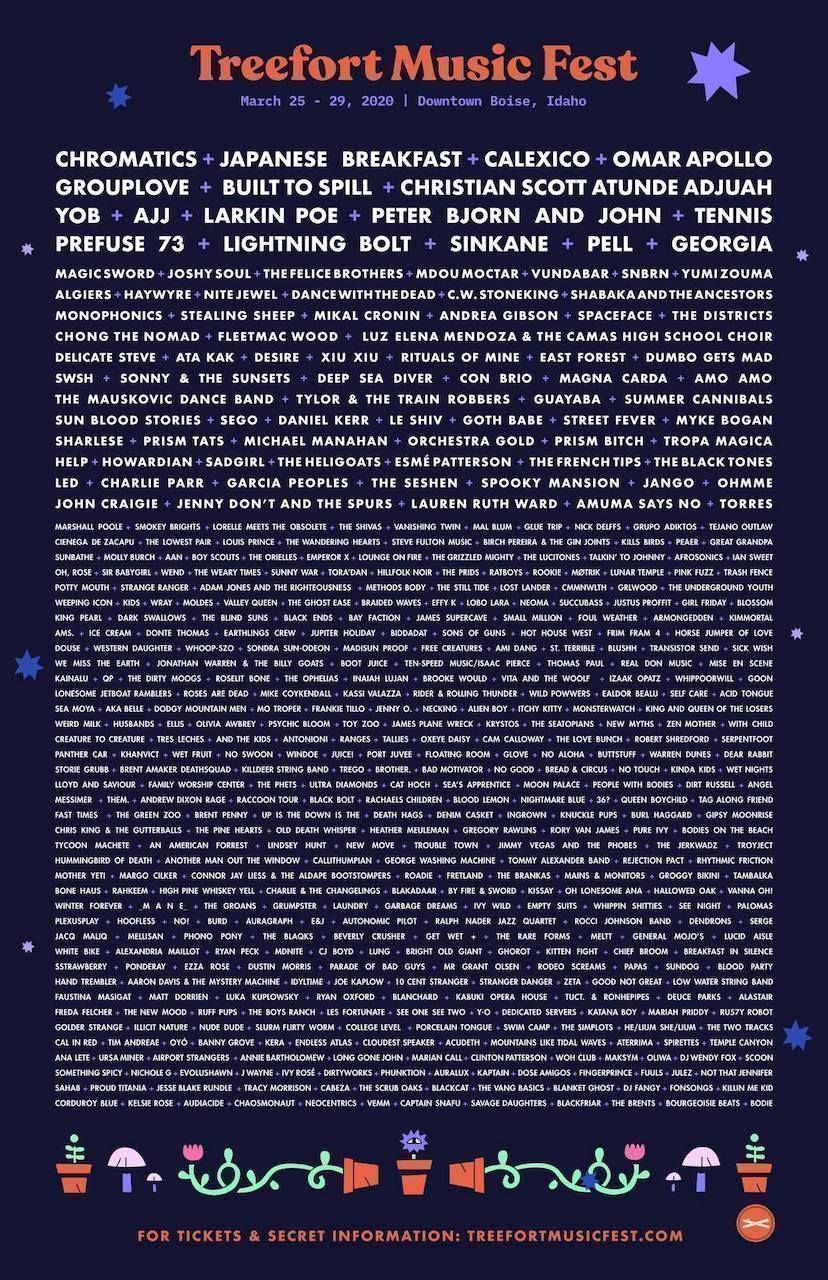 Not to say the secret is out about Treefort, necessarily, but for music lovers who long for festivals “the way they used to be,” it’s already become a household name. The five-day fest takes over downtown Boise in a far-less-obtrusive way than SXSW, where every bar, restaurant, and event space around the area is filled with live music. You can also find temporary stages for headliners and daylong spring parties, plus satellite “forts” like flimfort, comedyfort, artfort, and foodfort to supplement your experience. 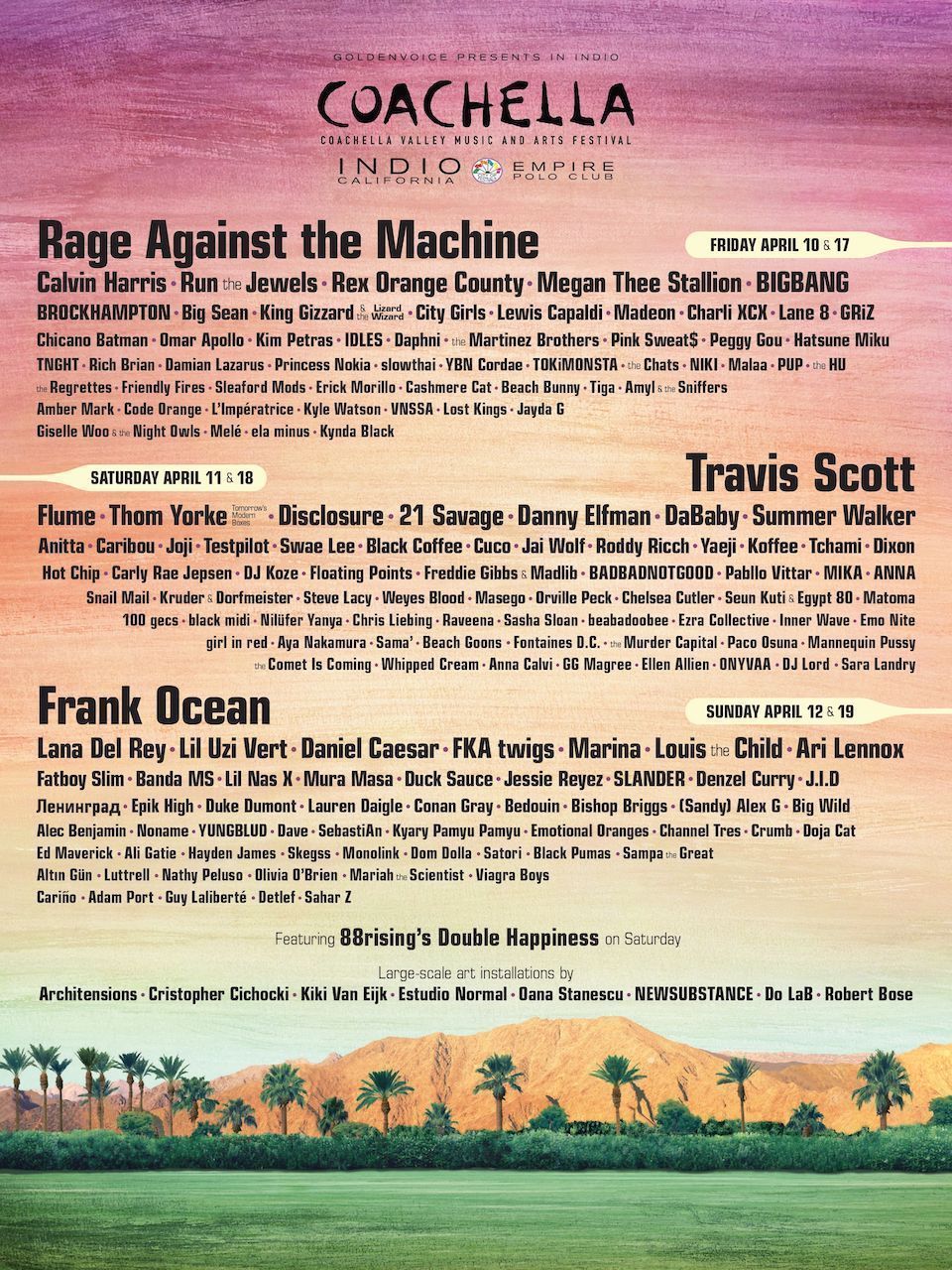 The undisputed queen of spring music festivals has mastered the two-weekend format, offering lineups just different enough to keep you around and just similar enough you won’t beat yourself up for choosing one week to go. It’s also become the platform of choice for momentous occasions in popular music: Remember, this is the same festival where Tupac came back from the dead via hologram, Guns n’ Roses finally took the stage after decades apart, and Beyoncé redefined the headliner performance. Though Coachella may be the festival many point to as the icon of over-commercialization, it’s still a great time. 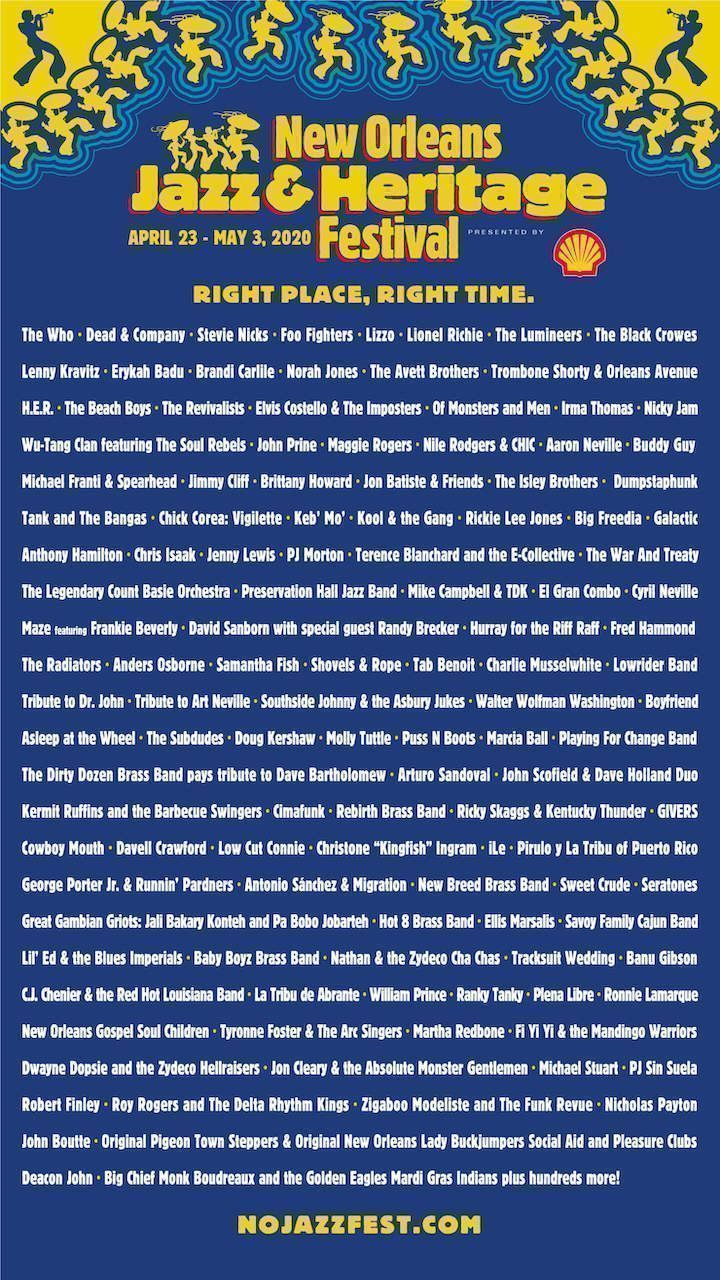 Having outgrown its old “New Orleans Jazz Fest” moniker, this two-week takeover of the Fair Grounds and Race Course now features a folklife village, a cultural pavilion, and an entire exhibit devoted to the native peoples of Louisiana. The festival delivers hundreds of acts over a dozen stages in genres including jazz, obviously, but also everything from rock to blues to hip-hop. 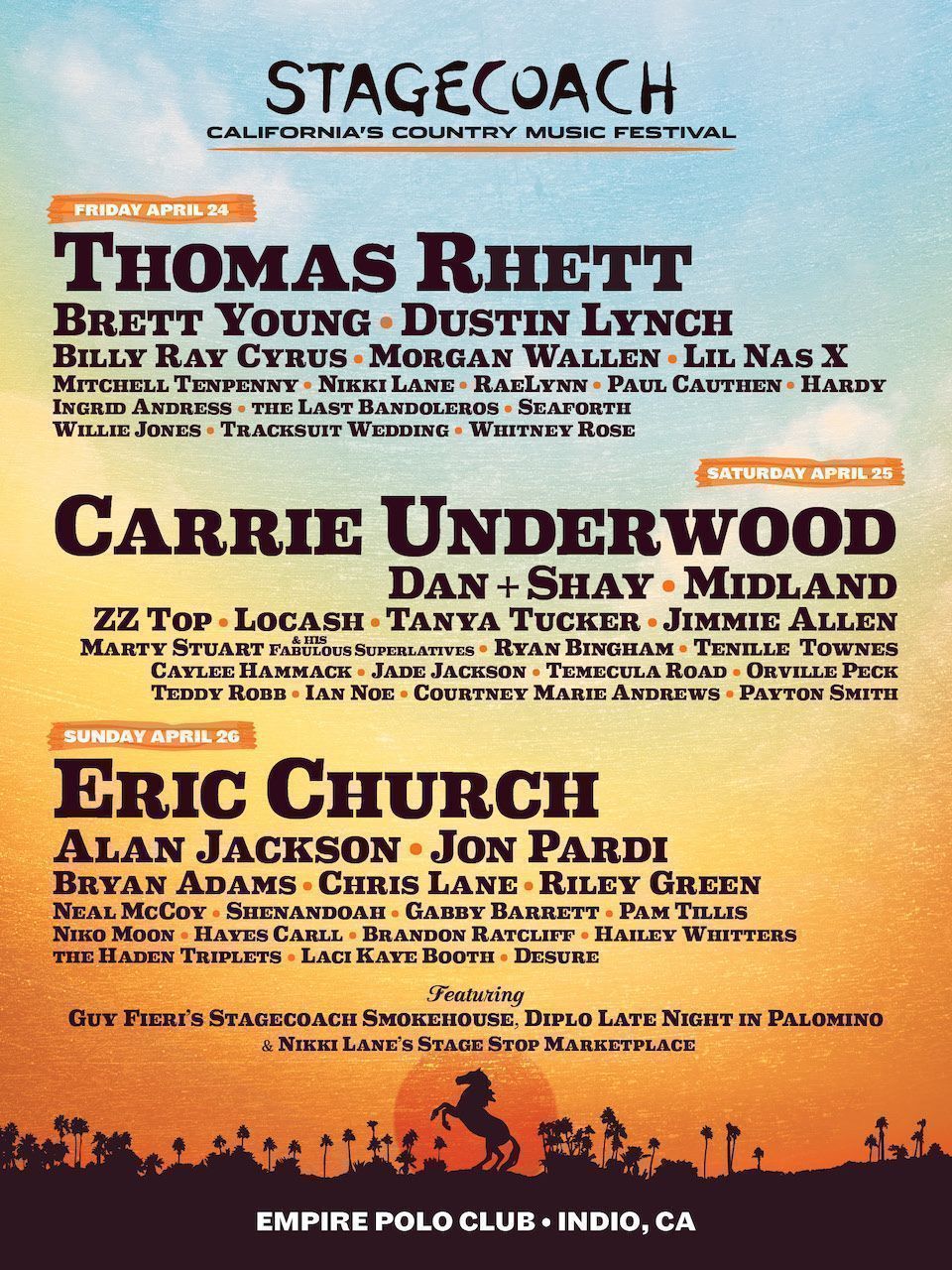 Indio may as well be the music capital of the world for the last month of spring. As this festival, originally conceived as a way to monetize the existing infrastructure from Coachella, has blossomed into one of the most popular country music festivals in the world. The crowds are not nearly as massive for the country acts that land near Palm Springs the last weekend of April. While it’s not exactly a hidden gem, it is a more tolerable alternative to the madness of the previous two weeks. 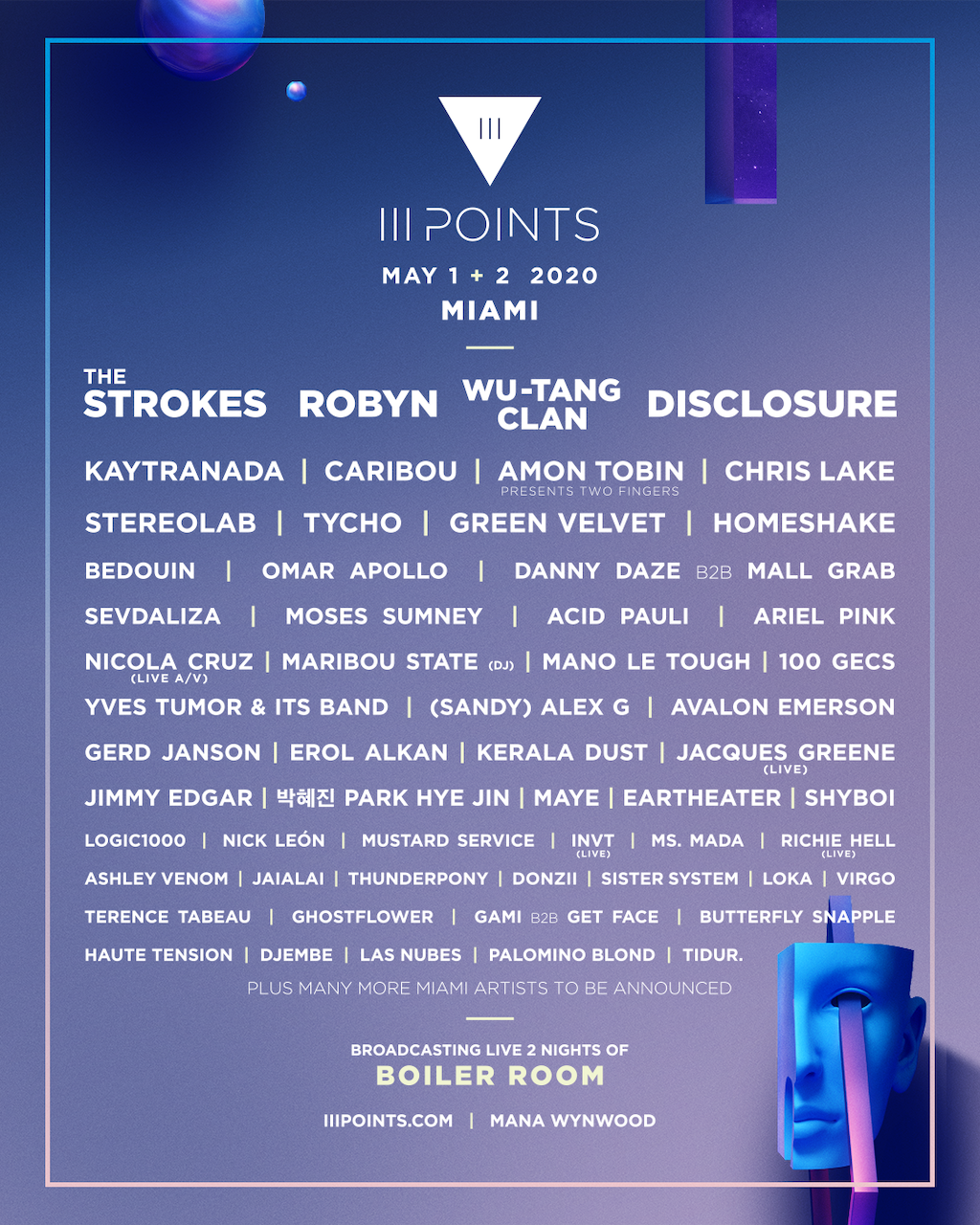 What began as a one-night festival of local bands in Miami’s Wynwood arts district has grown into what many music lovers consider the city’s best festival. It attracts a perfect balance of local and regional acts you’d never get to see elsewhere, with just enough big names to keep you staying out late. III Points is also housed in the massive Mana Wynwood venue, smack in the middle of one of the biggest concentrations of street art in the world. 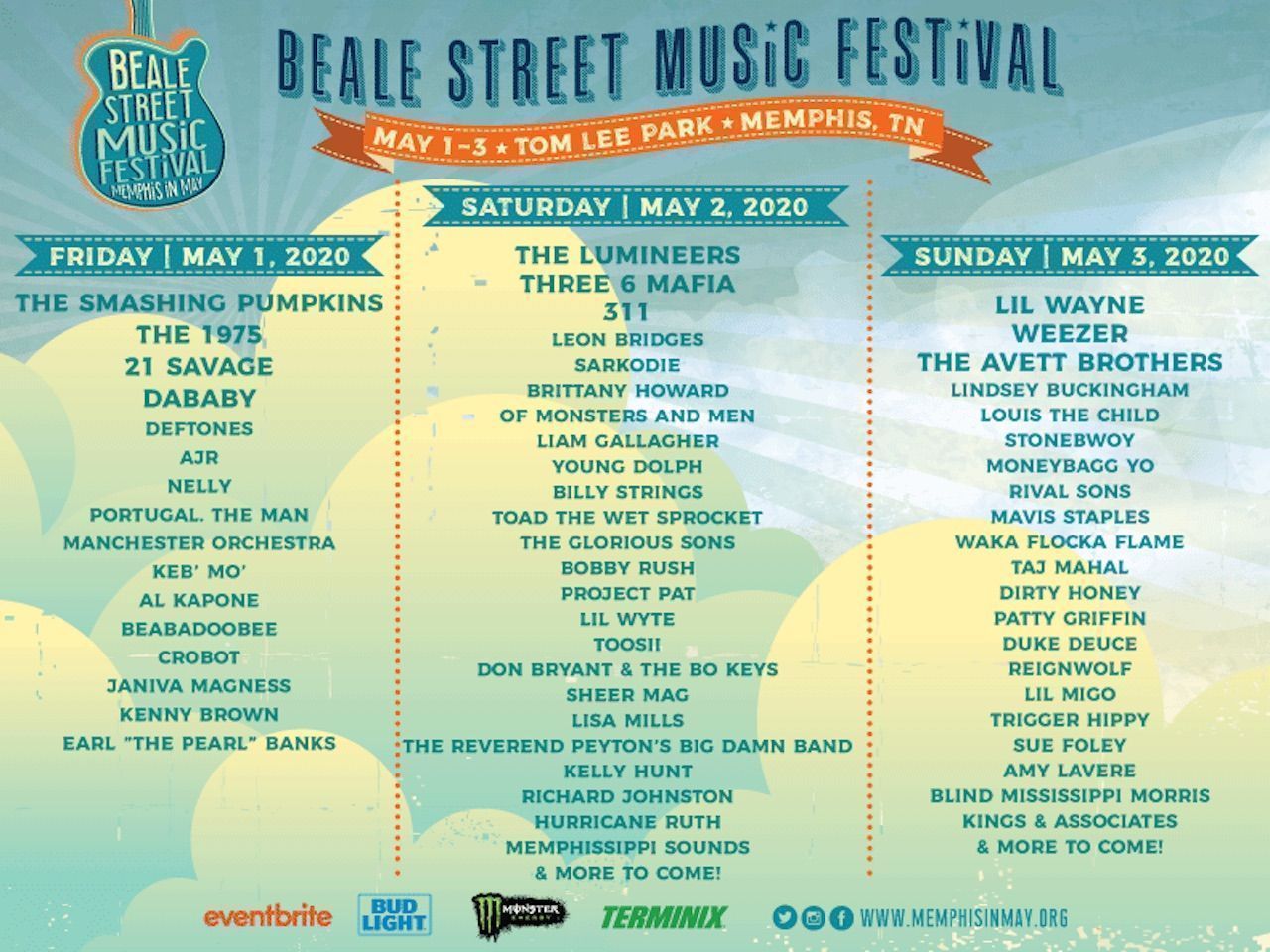 Though for most of the year, Memphis is overshadowed in the music world by its sexy sister to the north in Nashville, for one glorious weekend in May it regains its position as the original Music City, USA. Memphis in May has become the city’s cornerstone event, and for its kickoff weekend, you’ll find the biggest names in entertainment playing Tom Lee Park on the banks of the Mississippi. Hang out in town another couple weeks and you’ll experience the other thing this city’s known best for when the World Championship Barbecue Contest continues the celebration. 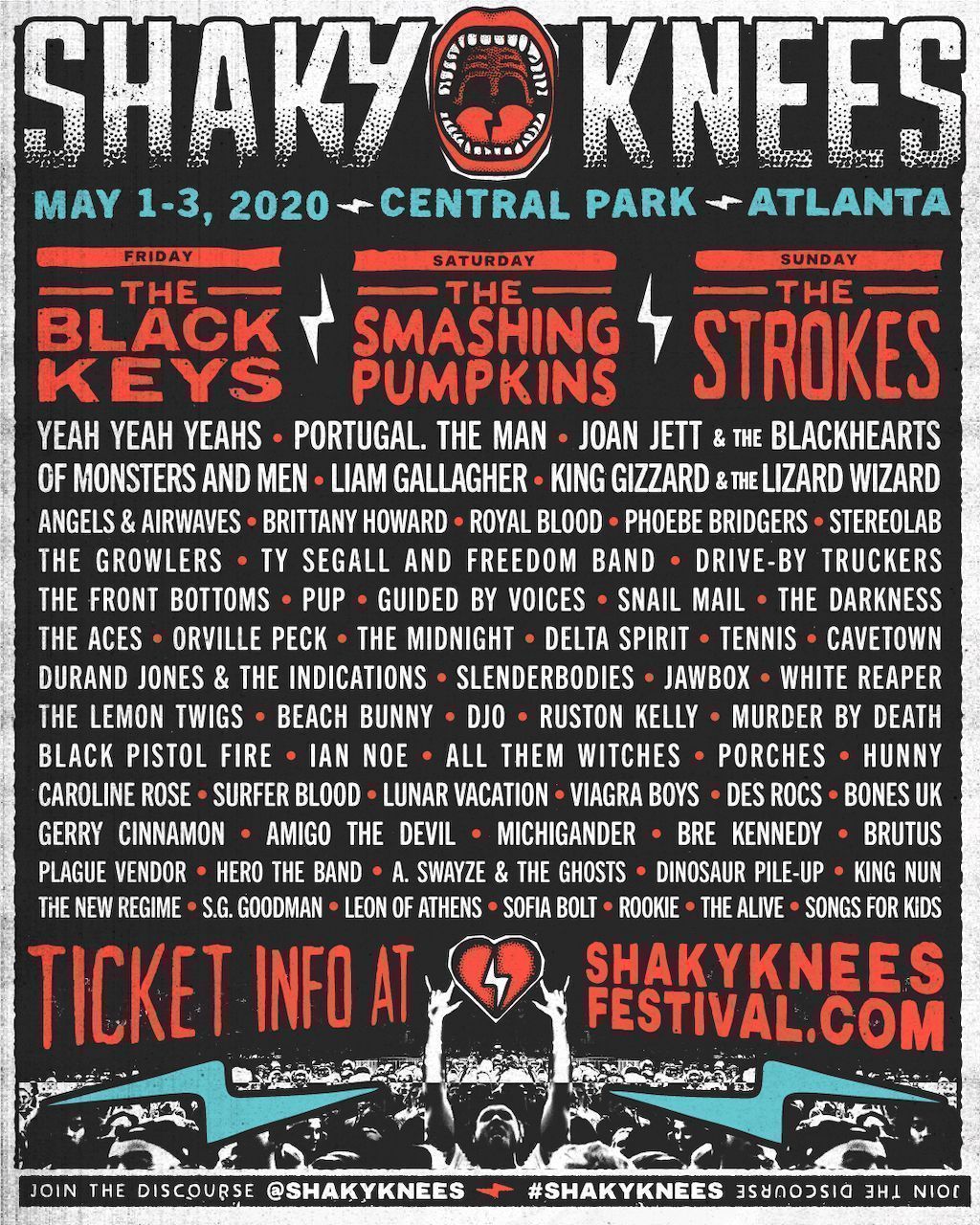 You like rock? Like, bands with four people playing actual instruments and singers who aren’t auto-tuned rock? Shaky Knees might be the only major music festival left for you, where top names in indie, alternative, hard, soft, and classic rock play Atlanta’s Central Park, reminding us that reports of rock and roll’s death have been greatly exaggerated. It’s also a city festival, which means those who like rock on stage — but not under their back when they’re trying to sleep — can post up in a nice, comfy hotel after the show. 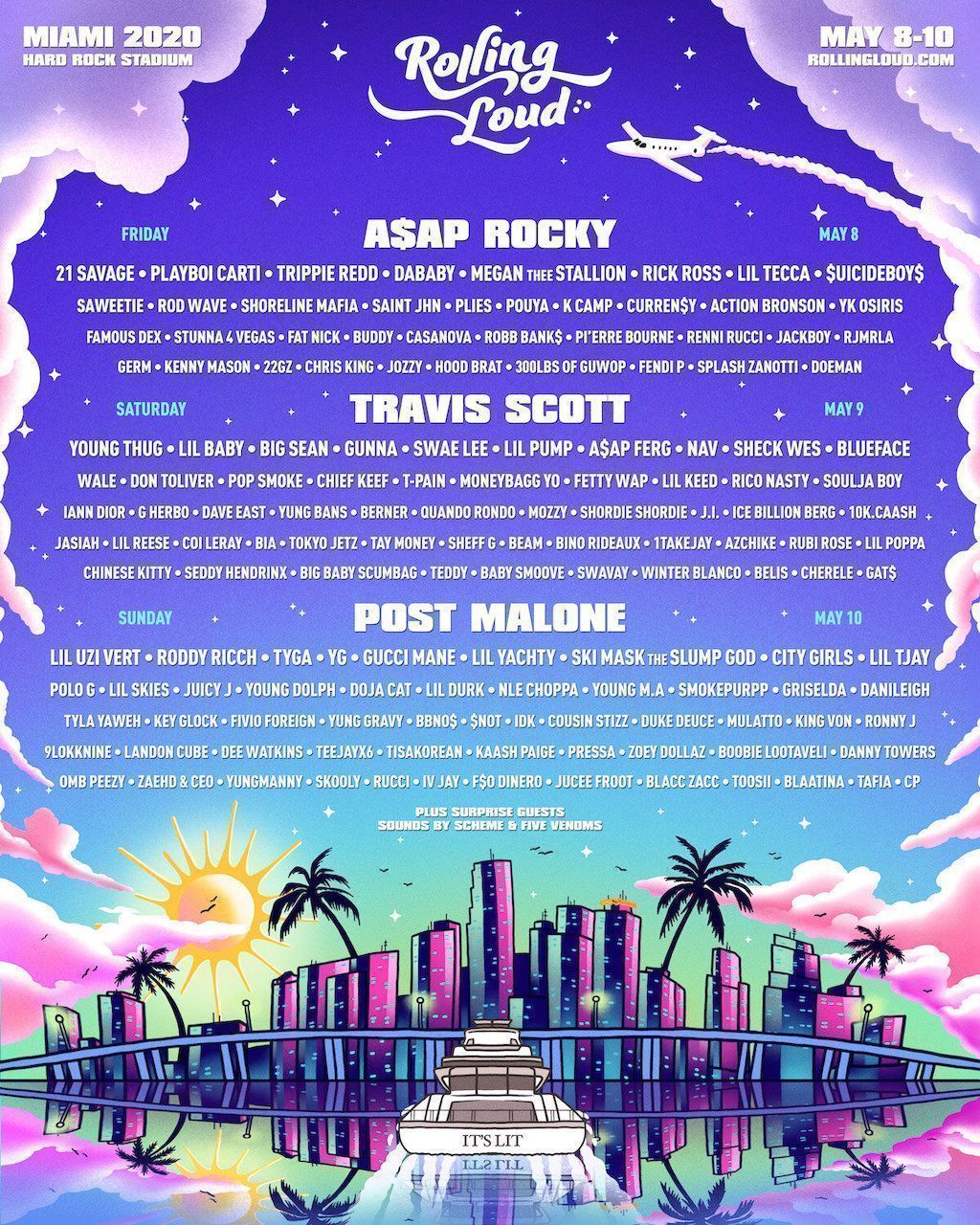 This year the Super Bowl of hip-hop music festivals will occupy the same space as the actual Super Bowl when it takes over Hard Rock Stadium between Miami and Ft. Lauderdale. Though it won’t be on the same field where the 49ers blew a 10-point lead in the fourth quarter, Rolling Loud will be spread across multiple stages in the Hard Rock parking lots, drawing music fans from all over the southeast. That same weekend, many of the headlining acts play small shows at clubs and bars around South Florida, so traveling here is a chance to see them in intimate spaces as well. 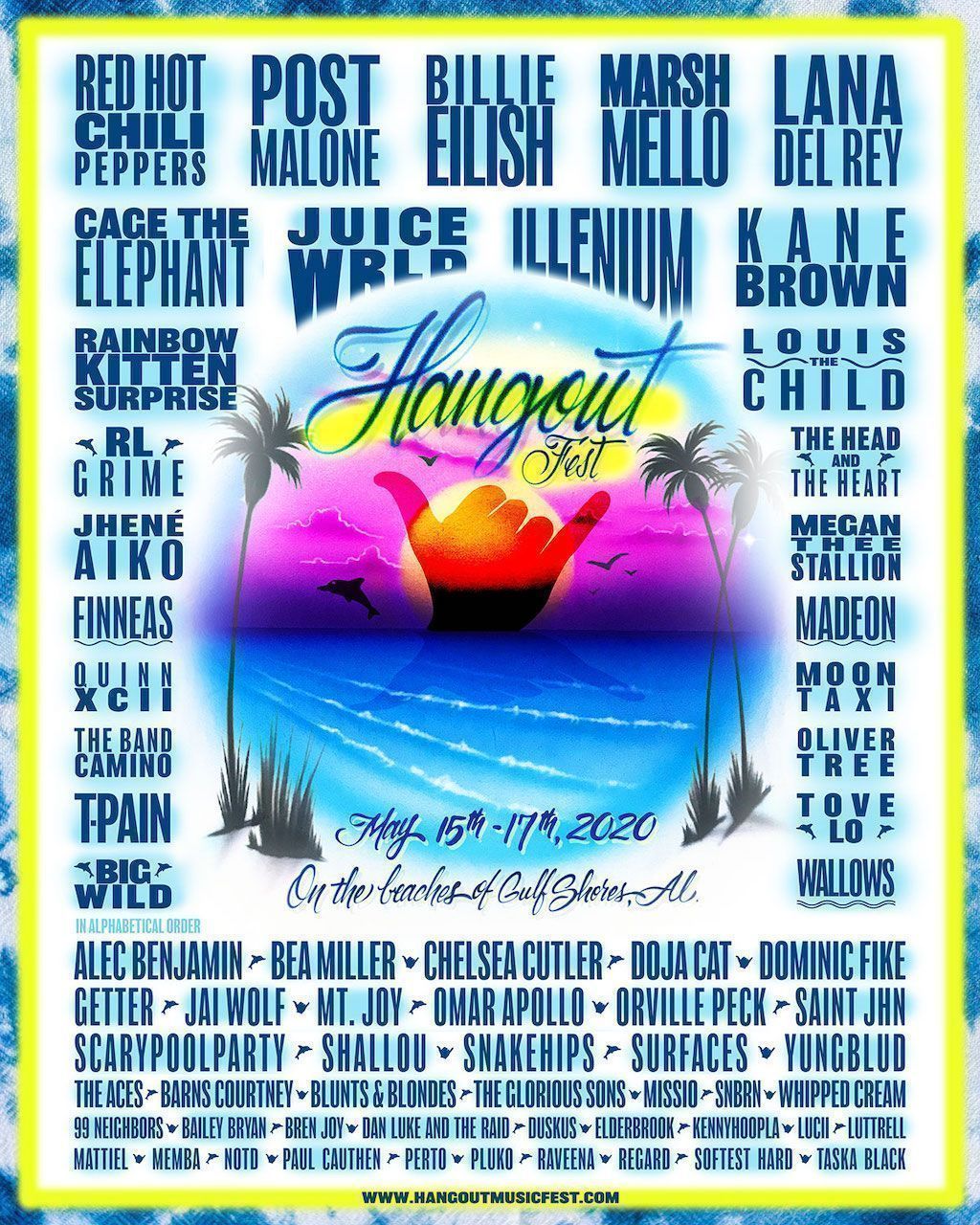 Combining all the beachside recklessness of spring break with the uninhibited fun of a music festival, Hangout may be the best music festival vacation one can take. Rent out a condo overlooking the white sandy beaches of Gulf Shores, make new friends playing beer pong until lunchtime, then head over to the festival with them for the afternoon. It’s the only big fest held right on the water, and though you can’t really go swimming inside festival grounds, nobody’s stopping you from doing it outside. 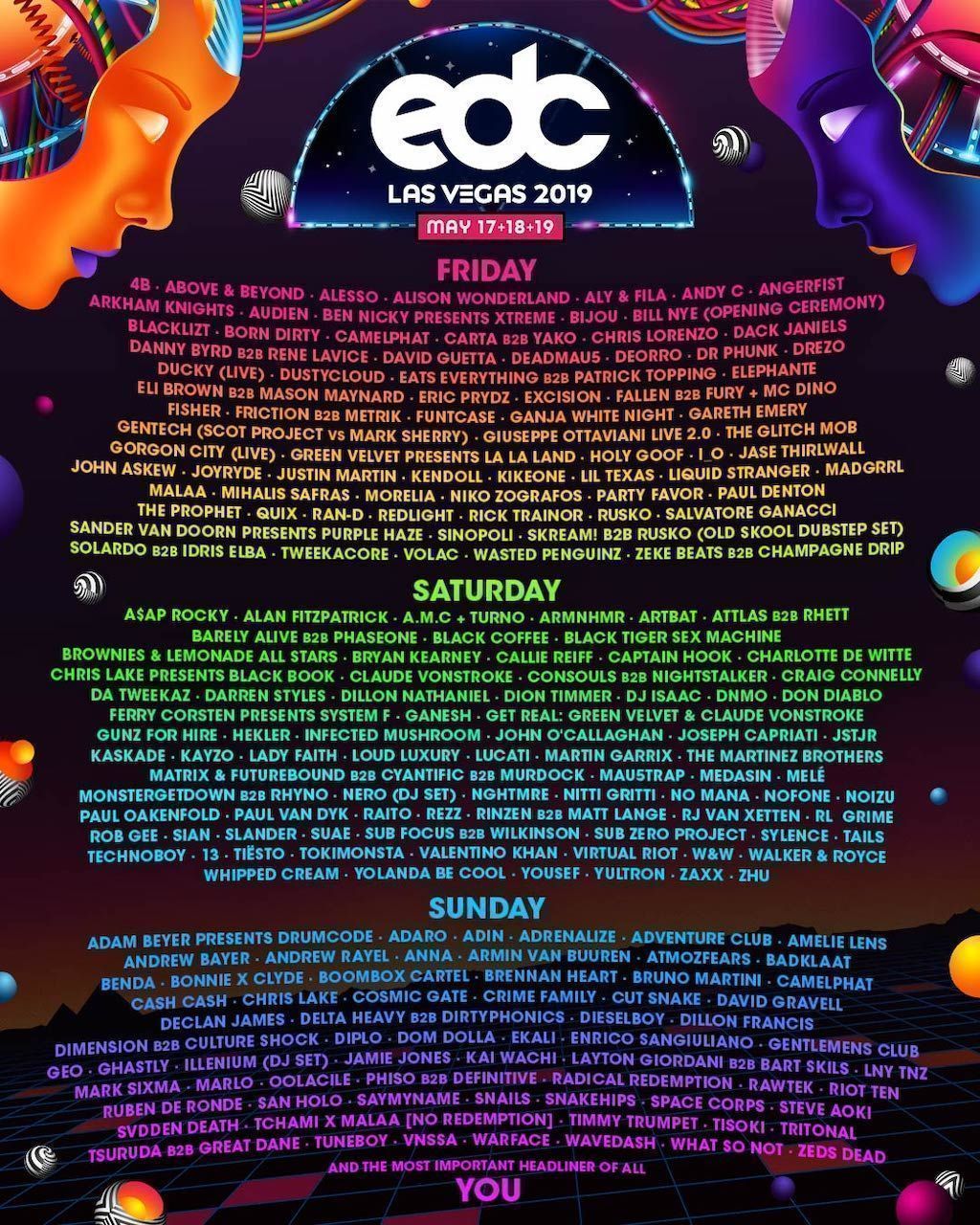 While spending all day on an asphalt racetrack in late-spring in Las Vegas may not sound like everyone’s idea of a good time, for ravers, candy-flippers, and fans of electronic music it’s about the best place in the world. EDC Vegas is the odd festival that combines a camping experience — RVs and shiftpods are as ubiquitous in the parking lot as they are during NASCAR events — with an urban festival. And though you might be tempted to base from the comforting A/C of the Wynn or Circus Circus, long shuttle lines and rides home at the end of the night can be a nasty buzzkill. 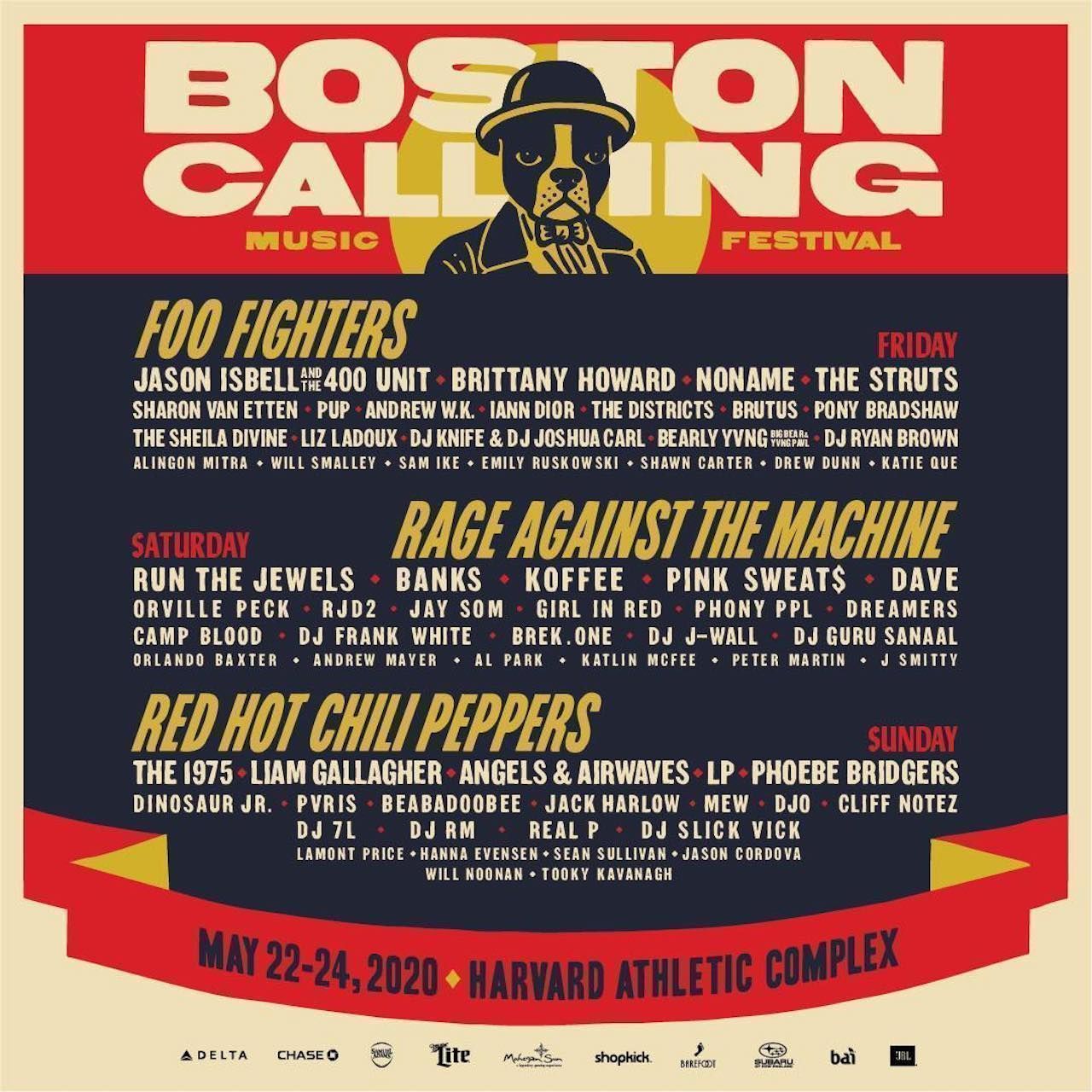 Ahh Harvard. Alma mater of eight US Presidents. Birthplace of Facebook. And, for Memorial Day weekend anyway, the world epicenter of rock and roll. The Bean’s biggest music festival is also one of the best for music lovers, where beyond seeing a smattering of big-name headliners you can also spend a few days checking out talented acts you might otherwise not see. You can also try some of Boston’s best food and beer at the fest, a big draw for those who remember to eat at music festivals. 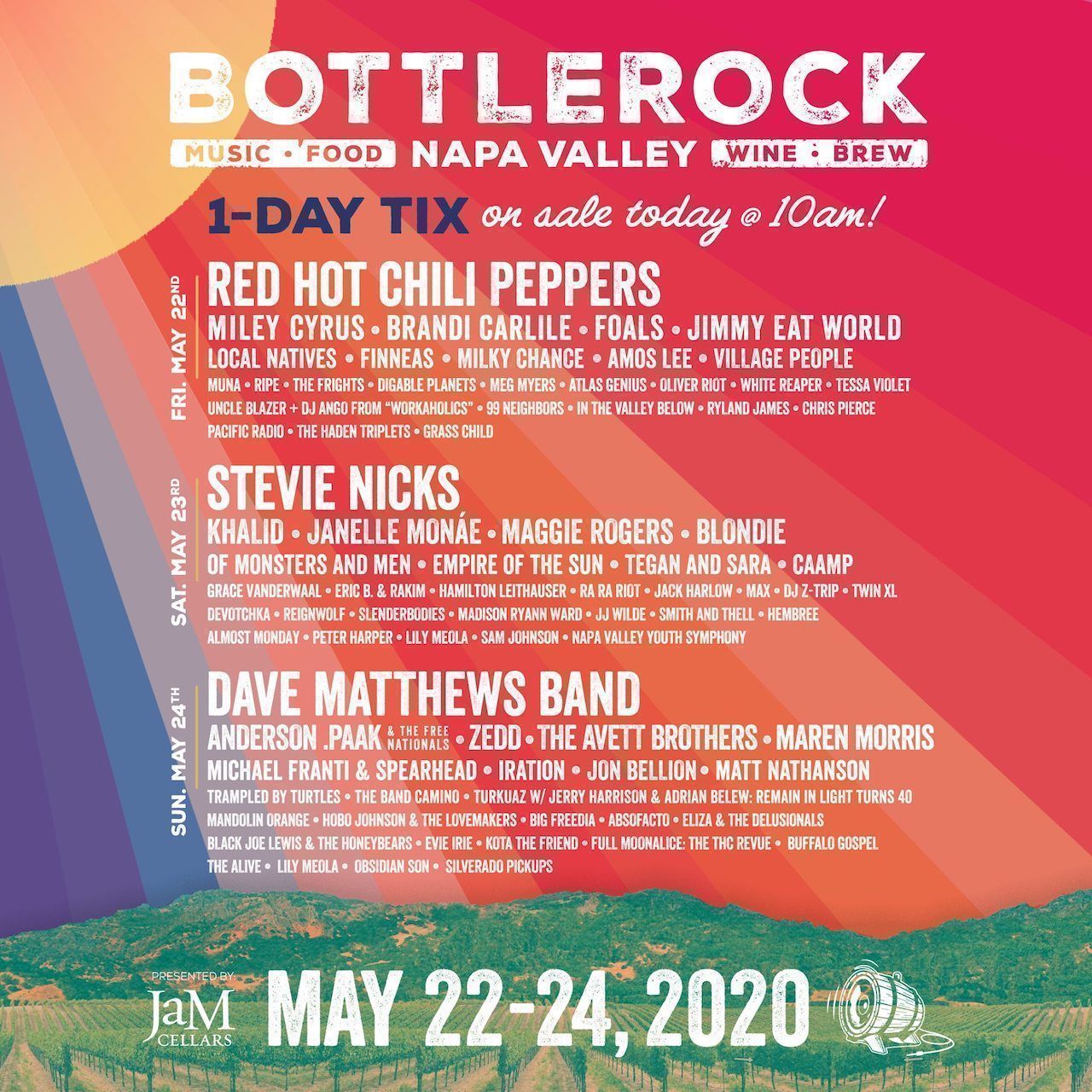 If you’re going to Napa, music festival or not, you’re gonna want wine and food too. And the folks behind BottleRock don’t make you choose, where in addition to a stellar lineup of multiple genres you’ll find ample wine tents and food trucks. The only tricky part about this fest is finding a place to stay, as even on weekdays in the winter Napa hotels can be bank-breaking. If you’re down to camp, your best bet is probably Camp Carneros at the Skyline Wilderness Park, only a couple of miles away.

LGBTQ TravelEvery Single LGBTQ Event in the US You Need To Go To in 2020
Tagged
Events Music + Nightlife United States
What did you think of this story?
Meh
Good
Awesome