Scandinavian architecture never disappoints, and the proof is in this new project to be built in Bergen, Norway. As part of a massive waterfront redevelopment project called True Blue, Swedish studio White Arkitekter will create a more-than-half-a-mile-long park along Store Lungegårdsvann lake, complete with gardens, play areas, and a floating starfish-shaped pool. 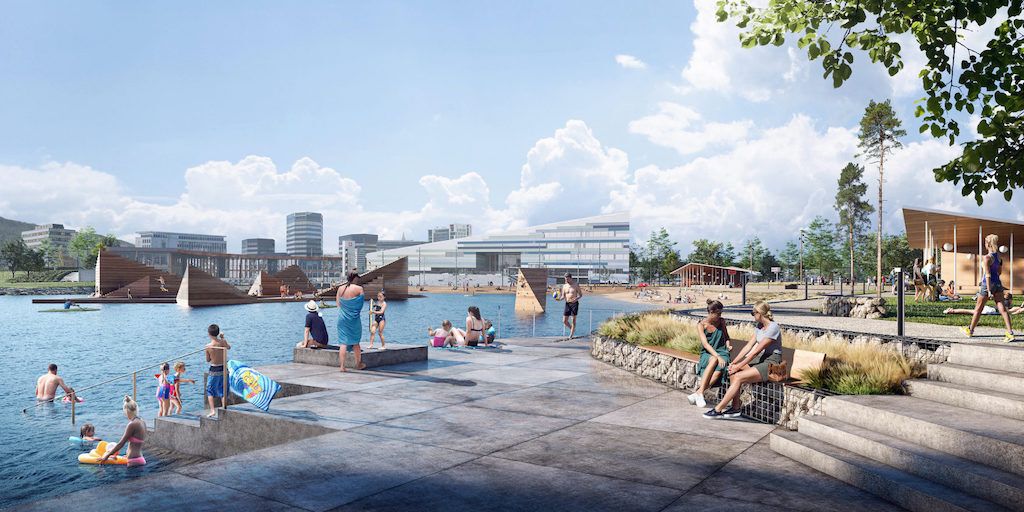 A nearly 5,000-foot-long sea wall will surround the waterfront park, which will be divided into three zones with the first zone, the closest to the city center, housing the starfish-shaped pool, a city beach, recreational space, and an area for events. 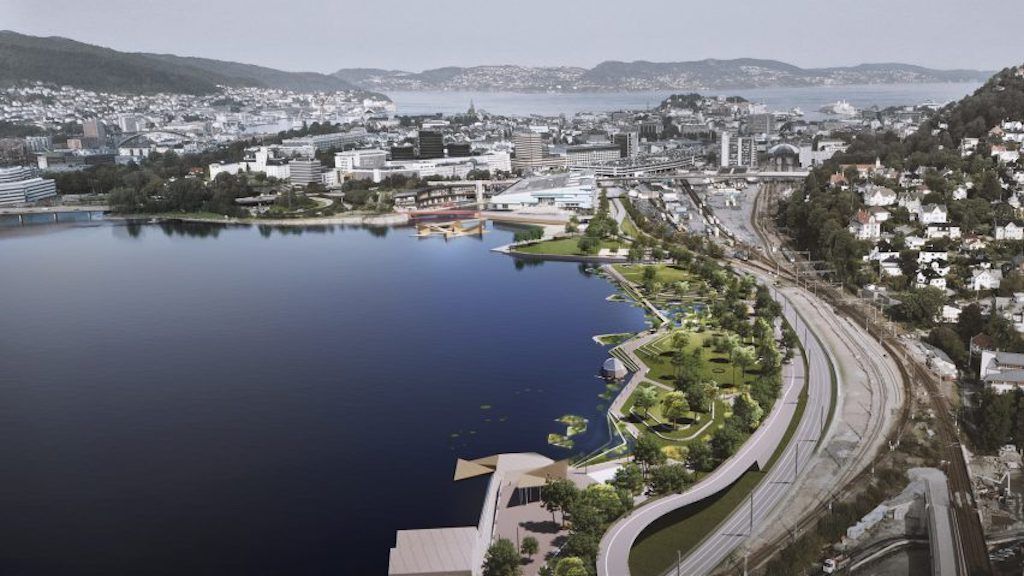 The starfish-shaped pool, made of triangular volumes, will actually be three connected geometric swimming areas floating on Lungegårdsvann Lake and linked to the mainland by a pontoon. The volumes will house a sauna, a picnic area, and a kayak rental, Dezeen reports, and the floating structure will be also used as a stage for large events. 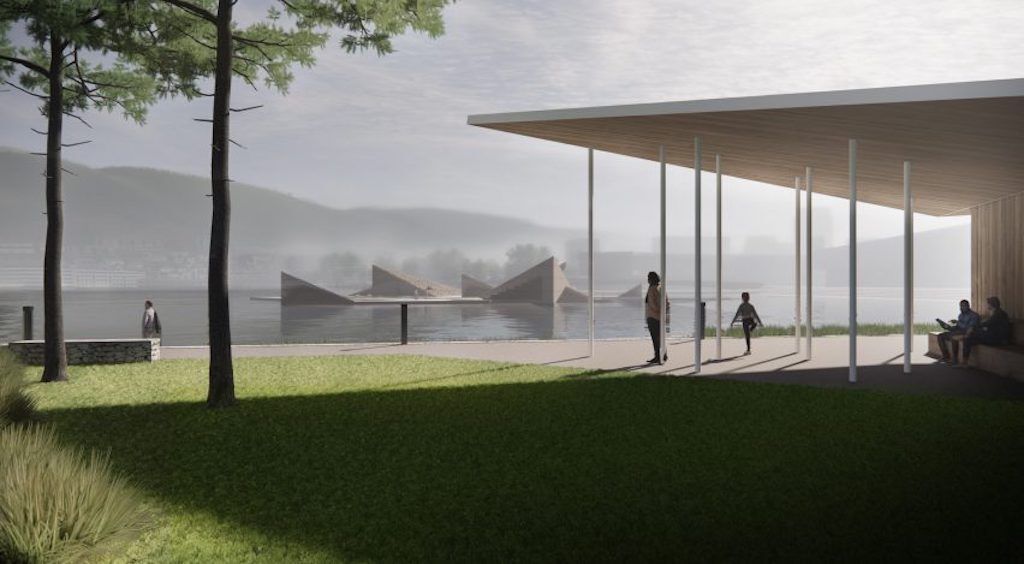 Niels de Bruin, White Arkitekter’s lead architect, told Dezeen, “True Blue is our way to express the love story between the city of Bergen and water in all its forms, the mist, the rain, the running streams and the waiting sea. The design principle is as old as time — given the harsh conditions of the natural coast in Bergen, like the medieval builders before us, we build a wall that forms the perimeter of the park. The space between the wall and the sea, a series of lush hills, meadows and wetlands, become a place to experience water, the wild and dangerous water as well as the soft and soothing one.”

The new waterfront park is set to be built by 2023. Zone one is set to open in 2023, and the pool will be composed of three separate swimming areas, defined by triangular forms that reflect the surrounding mountains. A similar triangular structure on land will hold a large sauna, with others housing picnic areas and kayak rental facilities.

“Strong geometrical shapes are a fantastic way to express architecture in a natural landscape,” said De Bruin. “Linking the triangulated forms together also makes a starfish pattern. The triangle-shaped silhouettes of the surrounding mountains become part of this three-dimensional landscape.”