A crisp autumn walk in Zurich, Switzerland, where farms are readily found within city limits, could take you by a pumpkin patch. A much likelier sight, though, are tidy fields with row upon row of long, bright green leaves. Underneath those leaves, buried in the soil, are succulent round bulbs ripe for the picking — turnips that, in this part of the world, are the symbol of fall.

Colored a deep pink, almost magenta in tone, with a modest sash of creamy white at their base, these turnips are planted in late summer and harvested throughout the fall. The last turnips are taken out of the ground in early November, in time for an annual festival that, for many Swiss families, marks the beginning of the holiday season. 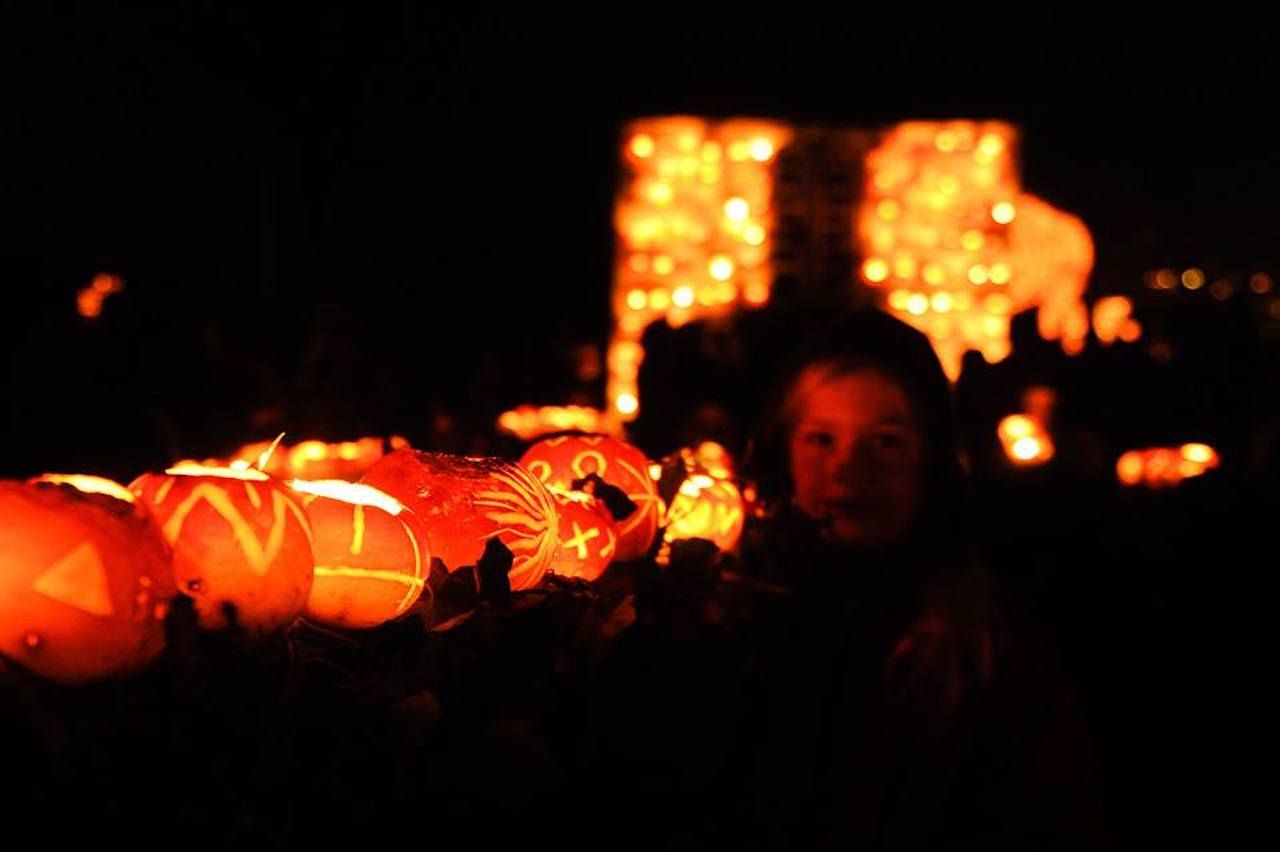 The largest such event is the Räbechilbi in Richterswil, a lakeside town south of Zurich. Most years in mid-November, a line of people over a half-mile long and carrying over 50,000 bulbs carved from more than 33 tons of turnips. The event has been in the Guinness book of records for the sheer number of vegetables involved and has been recognized as a UNESCO living tradition.

The artistry at Richterswil event has become more ambitious each year, with large, wheeled floats in the form of everything from trotting horses pulling a cart to sailing ships to animals reaching two stories high and decorated with hundreds of glowing turnips. Add in traditional tunes from musicians marching between buildings illuminated in turnip lanterns of their own, and the nighttime festival is a sight to behold. 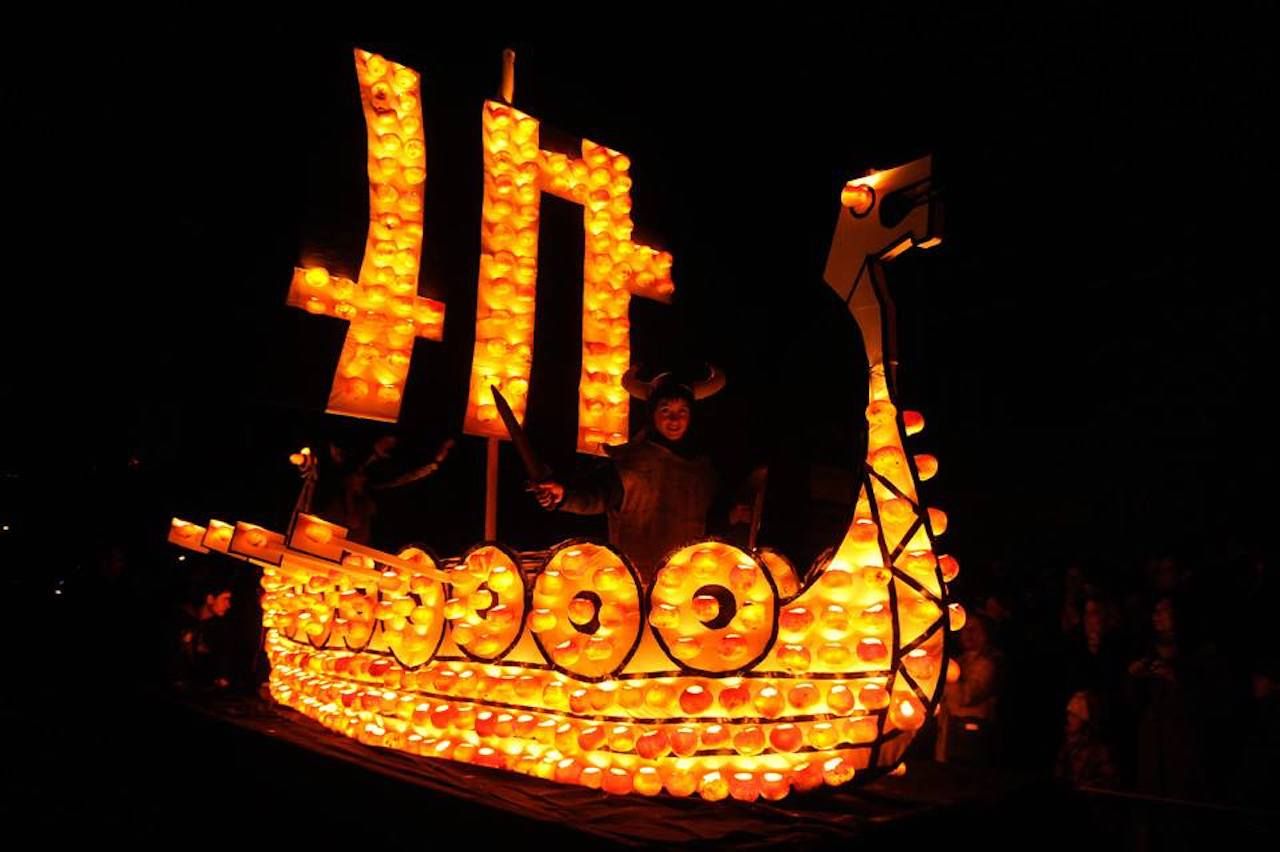 Beyond Richterswil, the lighting of the turnips is celebrated in towns and cities throughout German-speaking Switzerland. In towns like Adliswil, the event is much smaller but still treasured. Children will participate in their yearly ritual of walking through town with their lit root vegetables and singing a special song for the occasion.

The Räbelichtli song tells of a dark, starless night, illuminated only by the turnip lantern. When a north wind blows out the candle within the turnip, sing the children, it will be time to return to their homes. Swiss children sing this age-old tune strolling through their local streets on a day called “Martini,” which is always on November 11.

The Richterswil festival, which has been held yearly for well over a hundred years, normally occurs on the Saturday closest to that date. 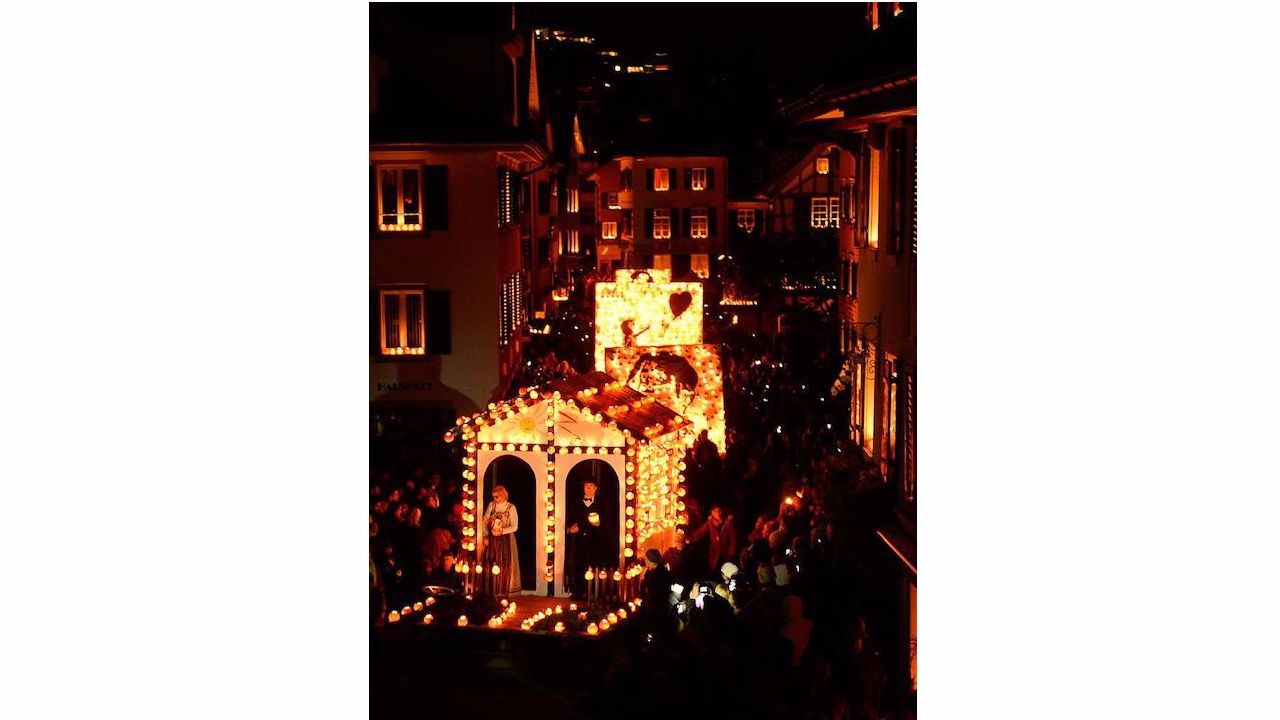 The origins of the tradition are not well known, but they are thought to be based on a harvest celebration that predates Christianity’s arrival in the Alpine country. Later, the event — which is called Martinstag, or Martin’s day, in neighboring Bavaria — was given a religious meaning as the day to celebrate St. Martin. Martin was a French bishop who, according to lore, cut his cloak in half on a bitterly cold day to give it to a beggar.

The custom of carving a vegetable — be it a pumpkin, gourd, or a root vegetable — was thought to start in Ireland. There, legend tells of Stingy Jack, who tried to fool the devil and, upon his death, was condemned to a purgatory of walking on Earth with nothing but a lit turnip to guide him. The Irish night of the Samhain, which occurred roughly halfway between the fall equinox and the winter solstice, was thought to mark the end of summer and harvest season and the onset of winter darkness and was celebrated with lanterns made of carved turnips or beets.

Today Samhain is thought to be a precursor to Halloween, and, indeed, Irish immigrants traded in turnips for the orange pumpkins they found in North America. Despite the lore about Stingy Jack’s efforts to trick Satan, Samhain’s earliest roots are believed to be in Celtic beliefs, which regarded this day not just as the time to prepare for winter — but the moment when the line between the living and the dead was faintest.

Those same pagan rituals are thought to have inspired celebrations on the European continent as well. In several northern European countries, people visit their neighbors and offer prayers for the dead in return for sweets. Given the association with begging, the story of Saint Martin helping out a needy beggar fits well into this theme.

Unlike pumpkins, turnips are more delicate, smaller, and lighter — making them easier to carry and hang from eaves. They are also not carved all the way through. Rather than punching upside-down triangles through the tough skin of a pumpkin to make eyes, the turnips’ exterior is gently scratched in festive designs. Once hollowed out, the flicker of a lit candle placed inside produces an ethereal glow through the turnip’s translucent fibers. 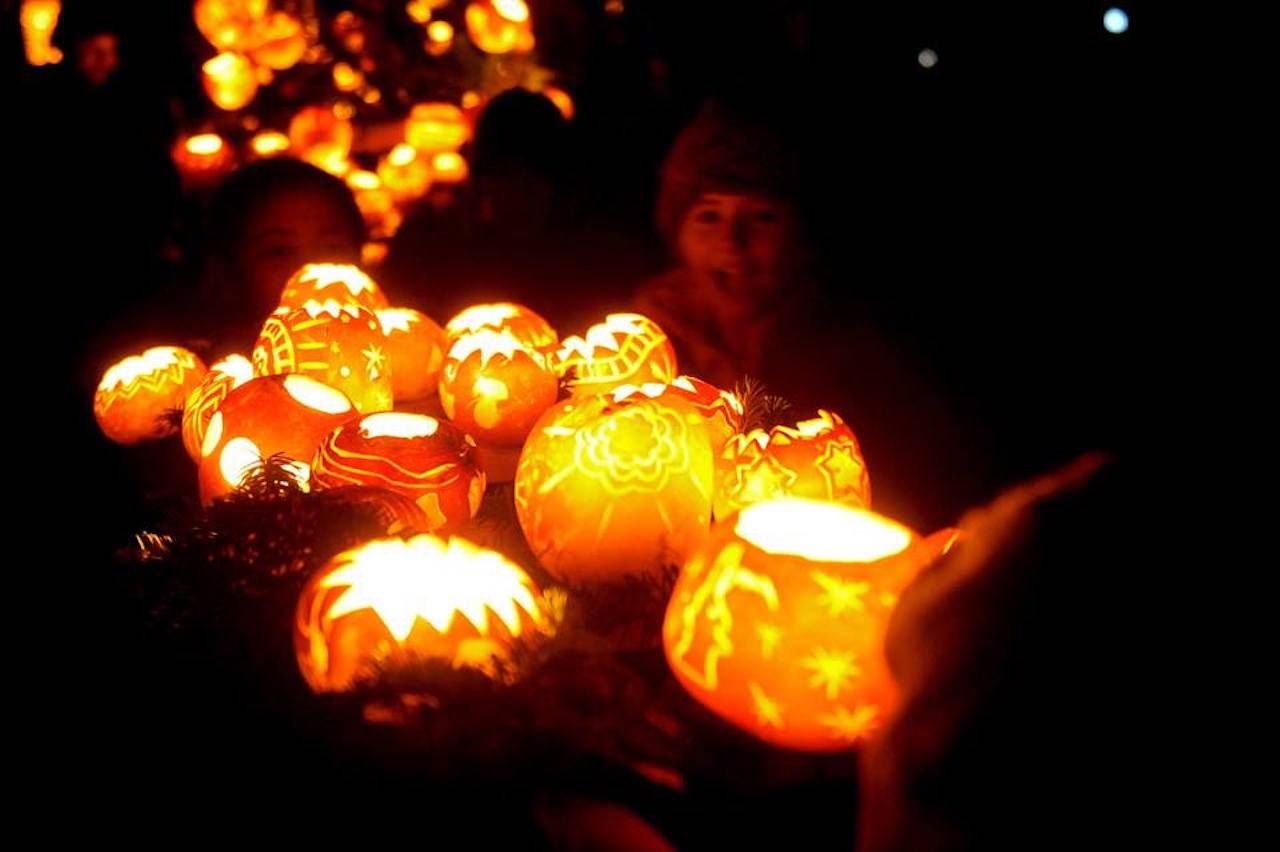 When they parade through the town, most children carry the lit turnips. Often they place the turnip on a wooden stick so they don’t burn their hands, and they use pieces of wood or toothpicks to elevate the lid, which is also carved, and let more light come through. At home, people may place the turnips in their windowsills or hang them on strings.

Nowadays, the songs and celebrations are a way to mark the end of the bounty of fall and the long nights ahead. The parading of turnip lanterns has long since ceased to be about beggars and dead souls. With the sweet voices of children singing and the joy and artistry of events like the Räbechilbi, it’s instead a celebration of ancient traditions and of the winter holidays ahead.

HolidaysHow To Celebrate Pagan Samhain Instead of Halloween This Year
Tagged
Culture Festivals Switzerland
What did you think of this story?
Meh
Good
Awesome