Danes claim to be the happiest people on the planet, and a stop in the city of Aarhus is the easiest way to see why. Here, in Denmark’s second largest city, bold architecture and top-notch interior design complement scenic harbors and a creative dining scene. Located on the Jutland peninsula that extends into the North Sea, this city surrounded by forests has the largest concert hall in Europe and apartments that look like icebergs. Here are some of its top sights.

Admire the city through rainbow-colored glass. 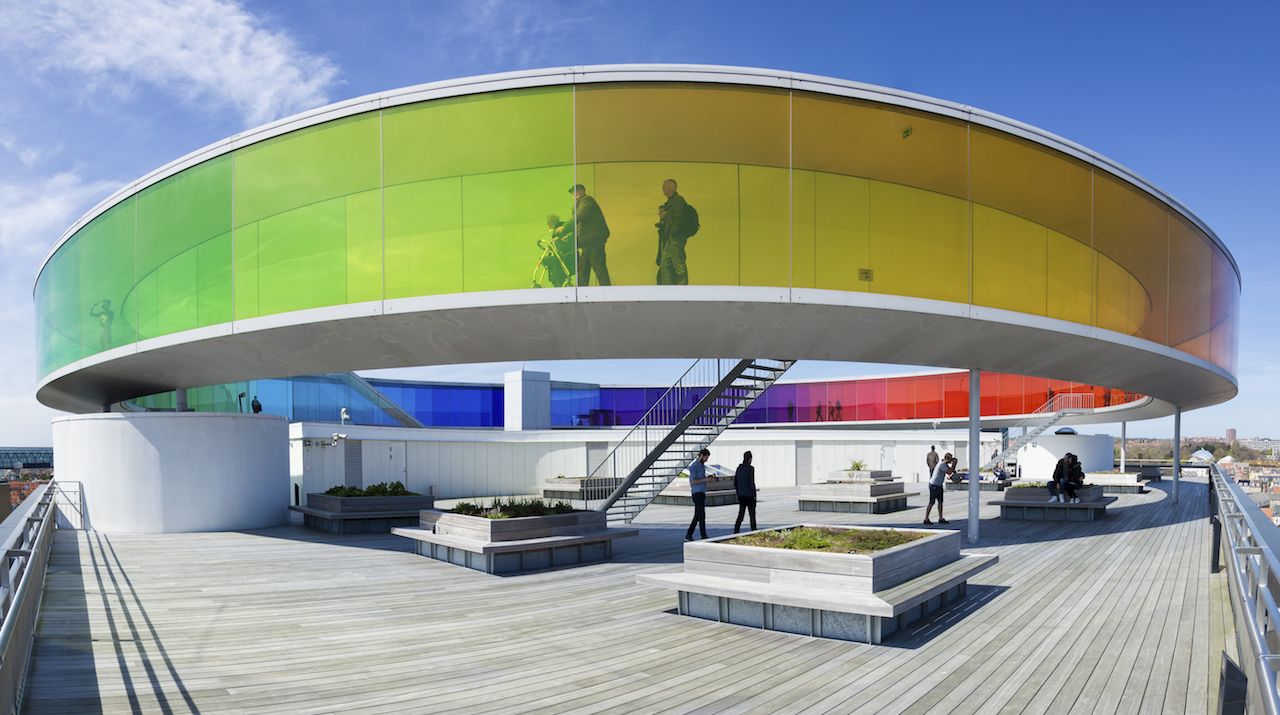 Located close to the city center and Aarhus River’s canal, the ARoS Art Museum is among northern Europe’s largest. The facility is housed in one of the city’s most iconic buildings, a cube-shaped, 10-story structure inspired by Dante’s Divine Comedy. On the rooftop, visitors enjoy an astonishing view of the city through a 360-degree walkway with colorful glass called ‘’Your Rainbow Panorama,” an architectural wonder designed by the celebrated Icelandic-Danish artist Olafur Eliasson. The museum’s other floors house a massive collection of Dutch art spanning a period of 300 years, as well as modern works from Dutch and international artists. Check the website for ongoing, impressive temporary exhibitions, as well.

Marvel at the city’s modern architecture. 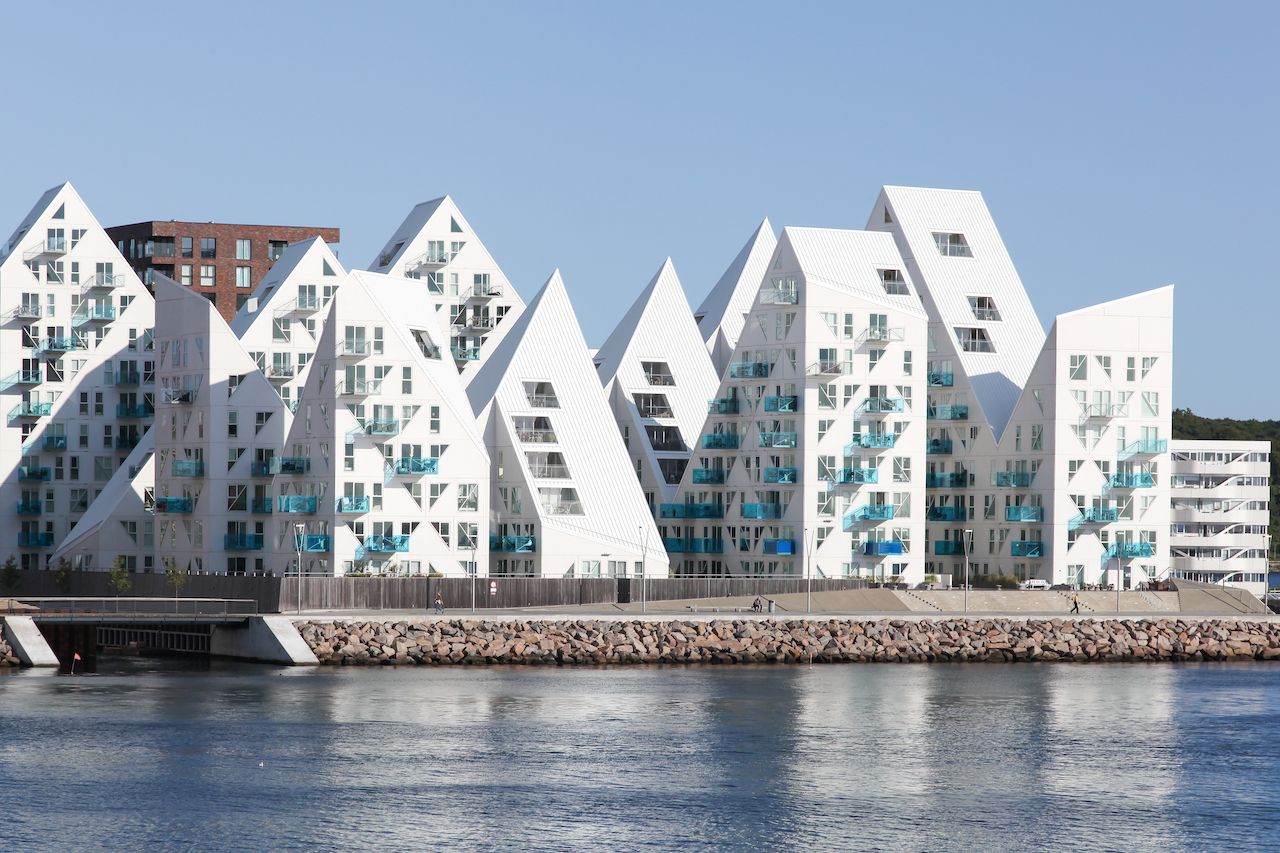 Aarhus is home to some of Europe’s most impressive architectural landmarks, most of which are located in Aarhus Ø, the city’s newest and most modern quarter. The “iceberg’’ apartment building is the best known among them. As the name suggests, this residential complex resembles floating icebergs and offers stunning ocean views to those fortunate to live there. Nearby, the neighborhood’s old harbor has been transformed into a massive library and community center called Dokk1. This strikingly renovated space is designed to “bridge citizens, technology, and knowledge,” essentially a sanctuary for those who value learning.

Dokk1 is near the classic Aarhus Theater, a brightly painted landmark building that hosts cutting-edge theatrical works. Lastly, there’s Musikhuset, the largest concert hall in Scandinavia, with six halls and nine different stages. Here, you can catch everything from ballet and modern dance performances to electronic DJs and musical acts like The Band of Horses. 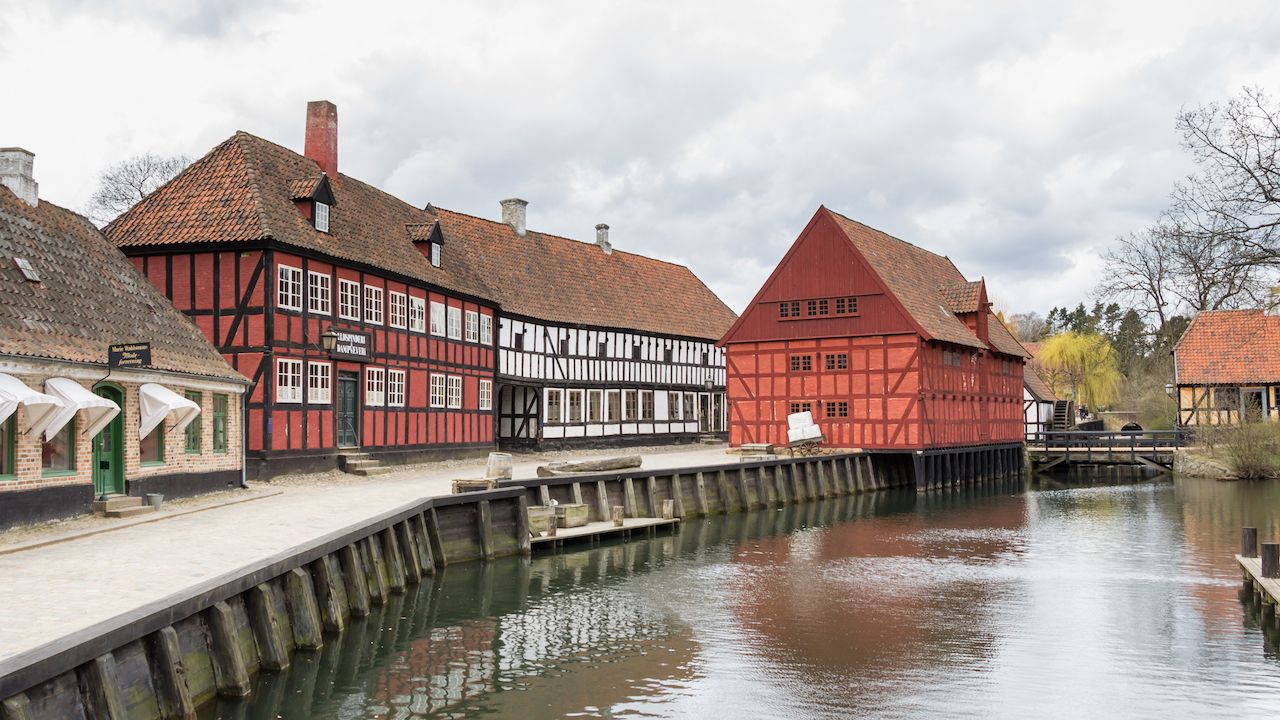 It may seem quaint, but Den Gamle By is a fun contrast to the Aarhus’s cutting-edge, modern architecture. Everyone working in this museum town dresses, acts, and plies trades straight out of certain time periods — be it the 1900s, 1920s, or 1970s. From the colorful wooden architecture and traditional outfits to old-timey food, the area is like a time warp that you won’t soon forget.

Picnic in the forest — with beer. 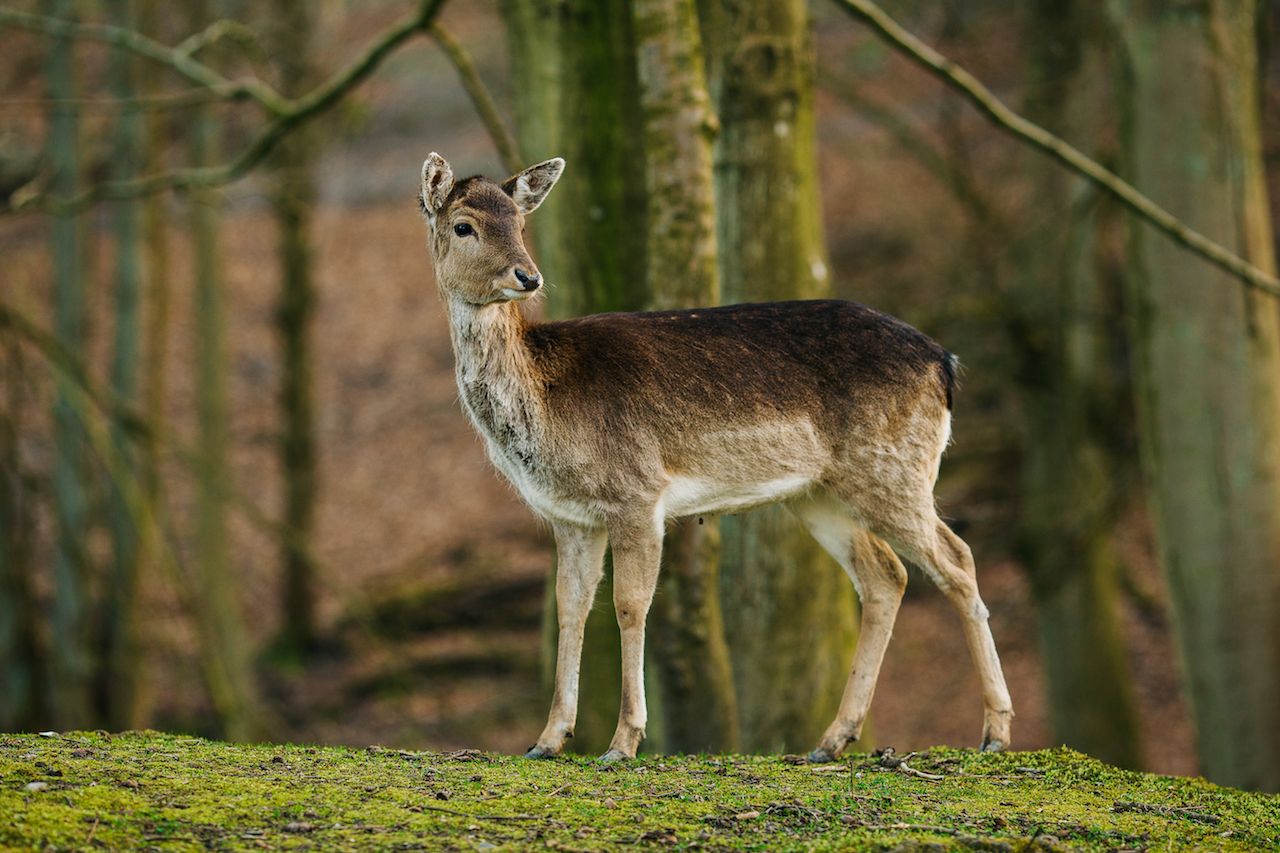 Only a few kilometers from the Aarhus city center lies a vast, magnificent forest filled with oak trees, colorful flower fields, and rare species of plants. Marselisborg Forest is an excellent choice for a short excursion away from urban surroundings, ideal for a bike ride through the woods or a yoga session on grass-covered glade. During sunny weekends, the forest brims with locals out for a stroll along with their picnic baskets — and often an impressive amount of beer. The northern part of Marselisborg is inhabited by wild deer so accustomed to humans that you may be able to get close enough for a photo.

Go for a spin at Tivoli Friheden. 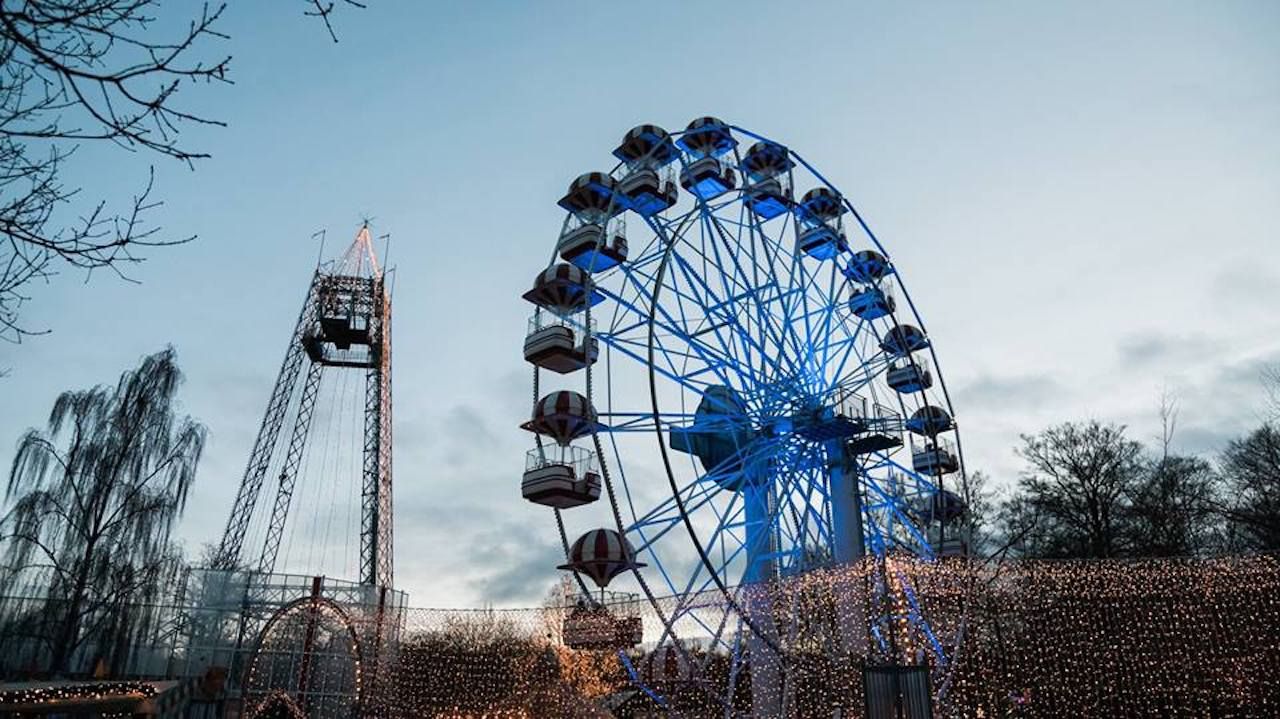 Tivoli Friheden is the lesser-known counterpart of Copenhagen’s beloved Tivoli Gardens. Located in the heart of Marselisborg Forest, this amusement park is ideal for families and solo travelers alike. Thrilling roller coasters, colorful carousels, kid-friendly rides, and a long lazy river guarantee a fun day for both young and older visitors. After you’ve been turned upside down on the park’s rides, relax with a cup of coffee at cafe Sving, a slice of pizza at Karussellen, or traditional Danish hotdog at one of the park’s food stalls. If you visit from April to September, check out Friheden’s schedule. Its stages feature popular music concerts, plays, and other events during the warmer months. 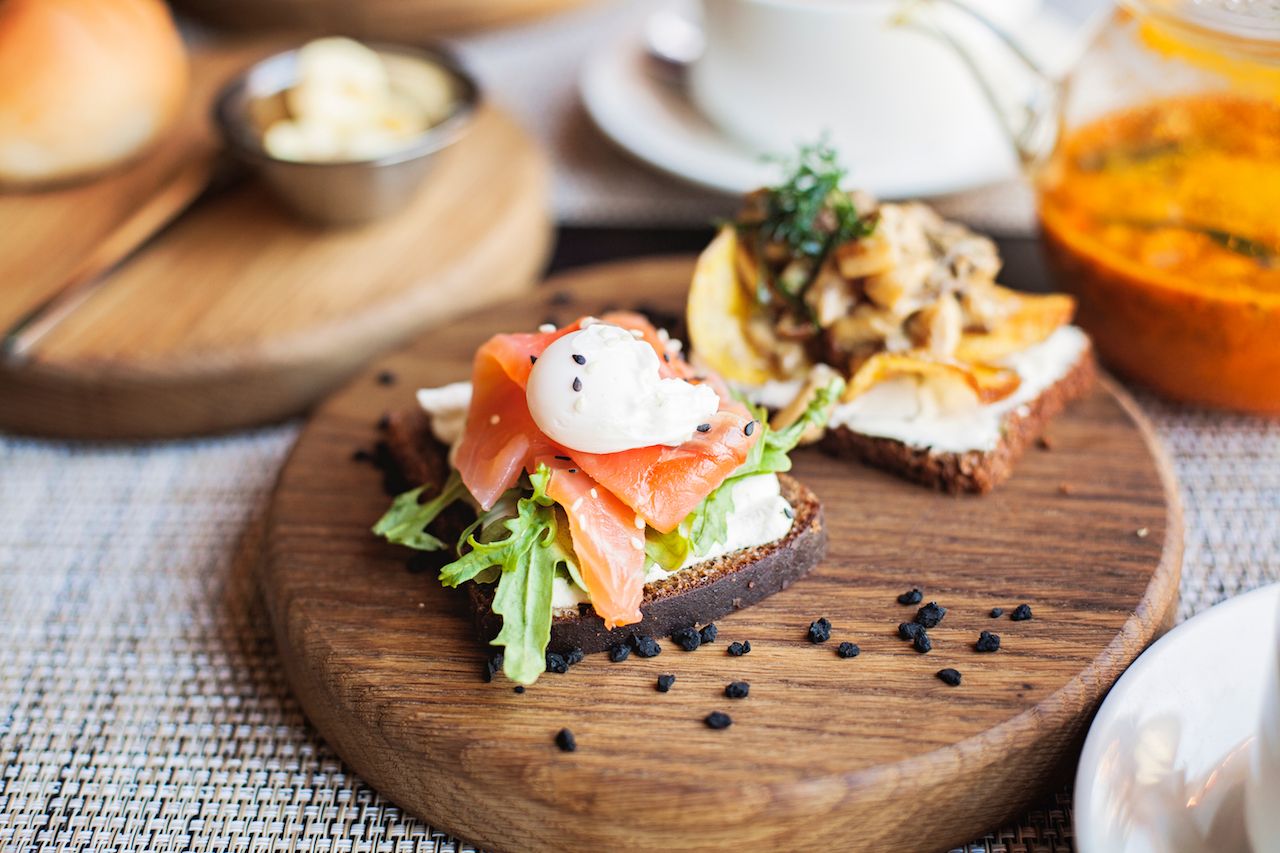 Having undergone a decade-long process of restoration, Aarhus Central Food Market reopened to the public in 2016. The waiting period has proven well worth it, as the market has become a small slice of paradise for foodies and gastronomy connoisseurs. Featuring over 20 different food stalls, the market offers delicacies from all over the globe — but you can’t leave without sampling authentic Danish dishes like krebinetteror smørrebrød. There are even frequent seminars and cooking classes where you can get acquainted with Scandinavian cuisine and learn the difference between a flæskesteg and a culottesteg.

Be awestruck by Denmark’s largest church. 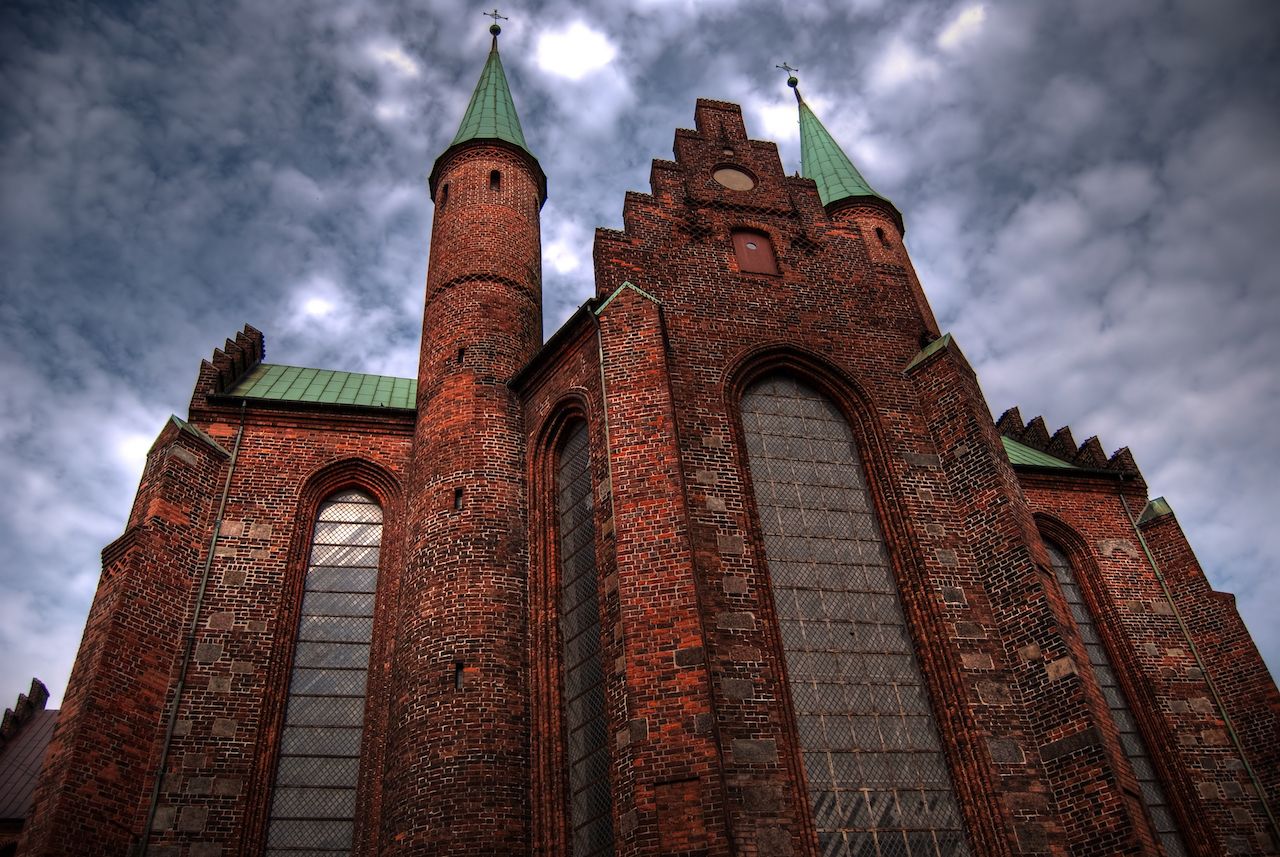 Standing at 300 feet tall in the heart of the city, the majestic Aarhus Cathedral is a mix of Gothic and Romanesque architecture and definitely most of the city’s most significant historical buildings. The cathedral’s exact date of erection remains unknown, but it is estimated to have been around the 12th century. Being the tallest church in the country, you can admire the fresco paintings and murals in the interior, as well as the legendary pipe organ with the baroque facade, built in the 18th century.

Spend a long, long summer day at the beach. 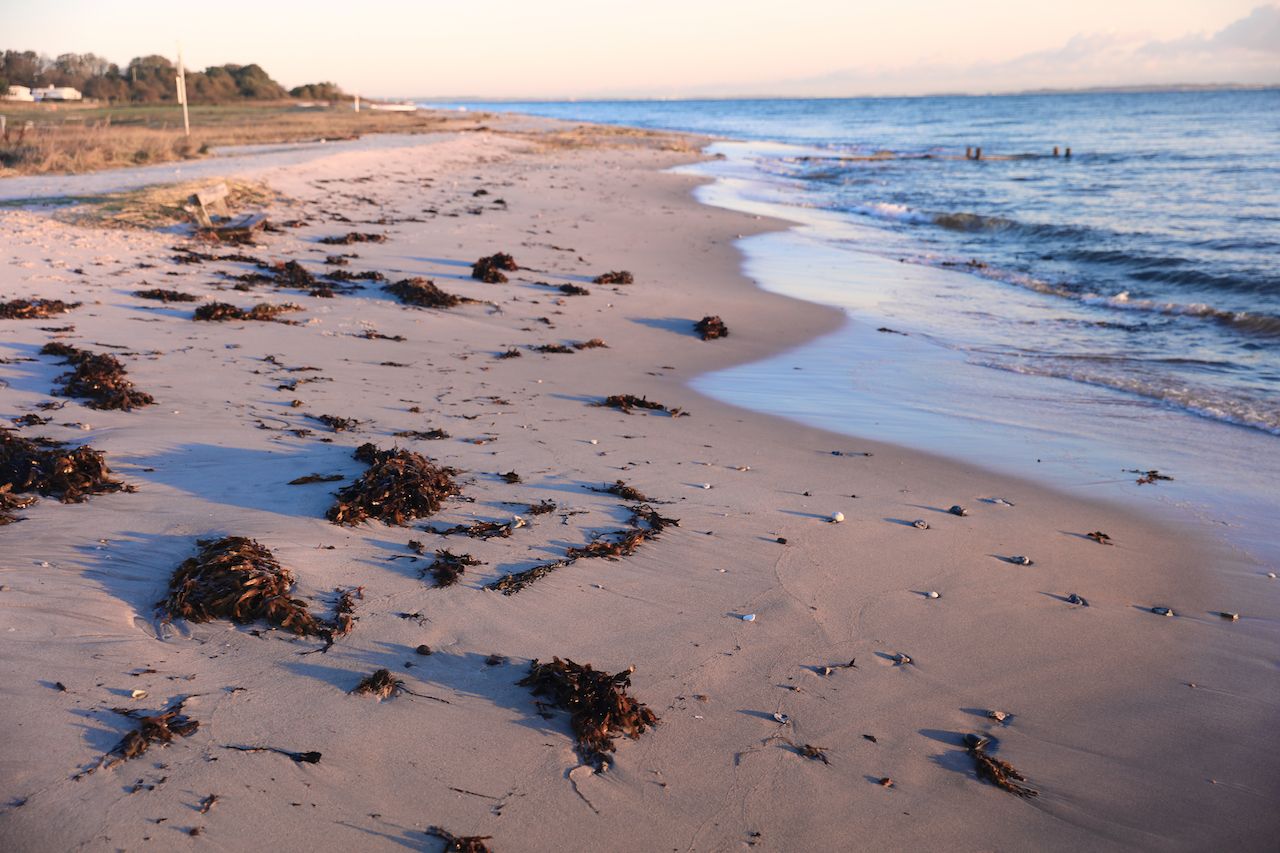 During summer, the city of Aarhus feels oddly quiet, its shopping streets and squares nearly empty. That’s not surprising considering you can reach several beaches in only minutes from the city center. At its peak, Scandinavian summer grants almost 16 hours of daylight. Locals seem to spend most of their days relaxing, sunbathing, and swimming on Bellevue Beach or “den permanente,” both within a walking radius of the city center and also reachable by bus.

DessertWhy Scandinavia Is the Most Underrated Destination for Pastry Lovers
Tagged
Culture Insider Guides
What did you think of this story?
Meh
Good
Awesome