A couple of weeks ago, children shattered a glass castle exhibit at a Shanghai Museum worth $64,000. But unruly children are not the only museumgoers who break valuable pieces of art. Italian police identified a 50-year-old Austrian man who broke several toes of a 19th-century plaster sculpture displayed at the Museo Antonio Canova in Italy during his visit on July 31.

Video footage of the incident shows the map sitting on the statue’s base and leaning on the artwork while posing for a photo. While he noticed the damage he accidentally caused, he stood up and continued on without telling the staff.

A COVID-19 procedure that requires international visitors to sign in helped identify the man. He was visiting the museum with a tour group as part of a birthday celebration trip. When police eventually contacted the man’s wife she admitted his mistake, and the court in Treviso is currently deciding whether or not to press charges. Potentially, the man could face a fine of $117,000 and a prison sentence of up to eight years.

According to a statement by the museum, “Our heritage must be protected. [A]dopting responsible behavior within the Museum while respecting the works and goods preserved in it is not only a civic duty, but a sign of respect for what our history and culture testifies and that must be proudly handed down to future generations.” 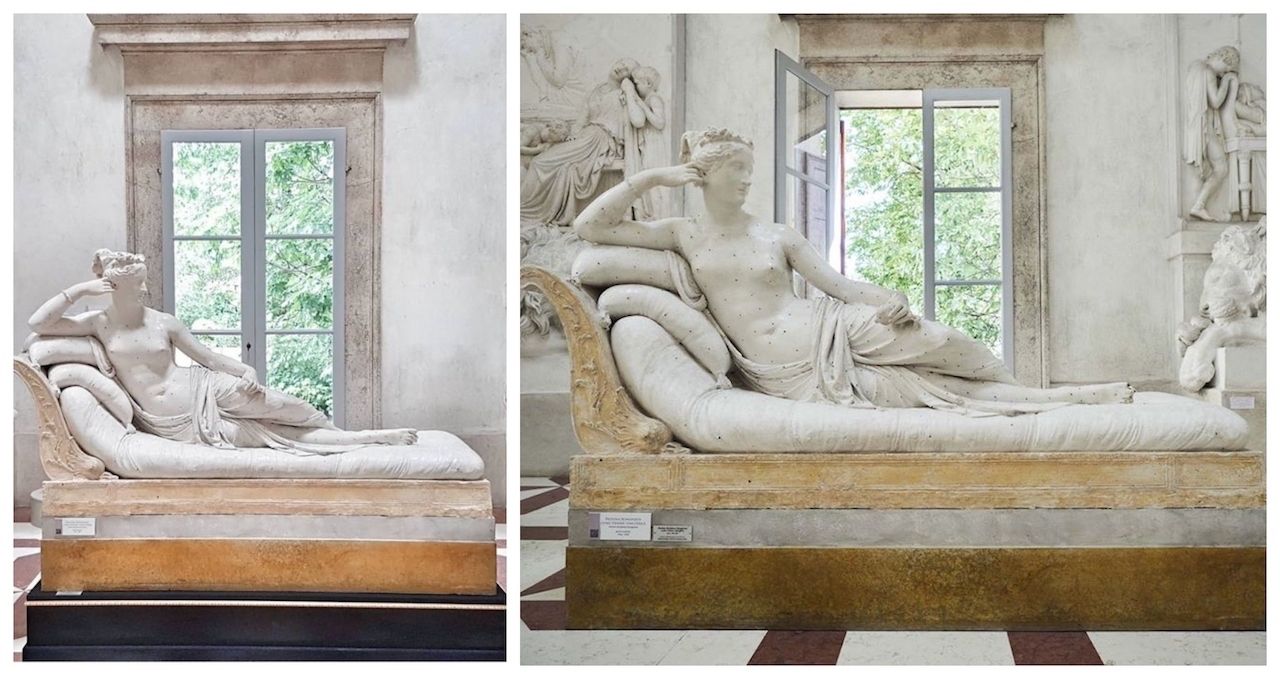 It might not help him avoid a prison sentence, but the man did issue a statement of apology to the Italian authorities.

“During the visit to the Museum of Possagno,” he said, “I sat on the statue, without however realizing the damage that I evidently caused, I apologize in every way.”

MuseumsMuseums Are Reopening, but the Experience Has Changed Dramatically
Tagged
Art + Architecture Museums News Italy
What did you think of this story?
Meh
Good
Awesome