Here’s a dilemma many travelers face: go visit a place that they know will probably disappear in a few years or, knowing tourism is always a big part of the problem, stay away and come to terms with the fact that they’ll never see it in person? The answer, of course, is option #2 — after all, the world is full of amazing places we can visit without contributing to their disappearance. Let’s leave those other endangered places alone and maybe they’ll be able to heal.

These travel posters by Citybase Apartments show these almost extinct places and the reason why they’re dying. 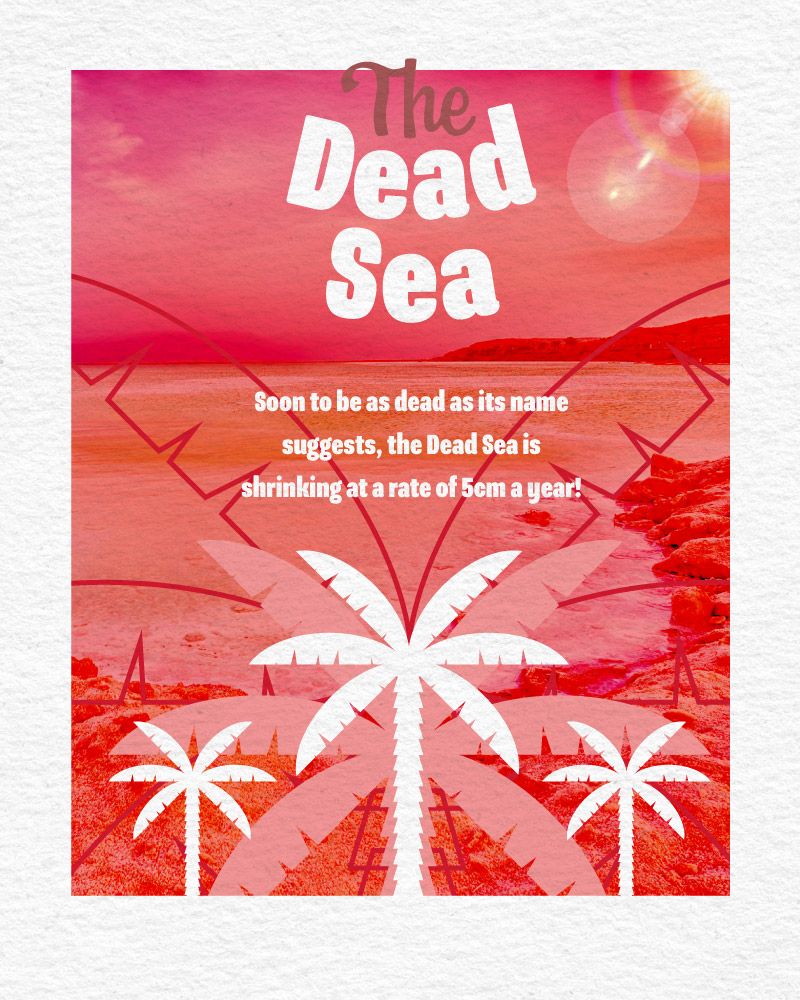 Water from the Dead Sea is known for its healing powers, and lots of water is being taken from it (and the River Jordan) for use in cosmetic and therapeutic treatments. It’s estimated that it could evaporate in the next 50 years, with the surface level dropping by more than a meter every year. 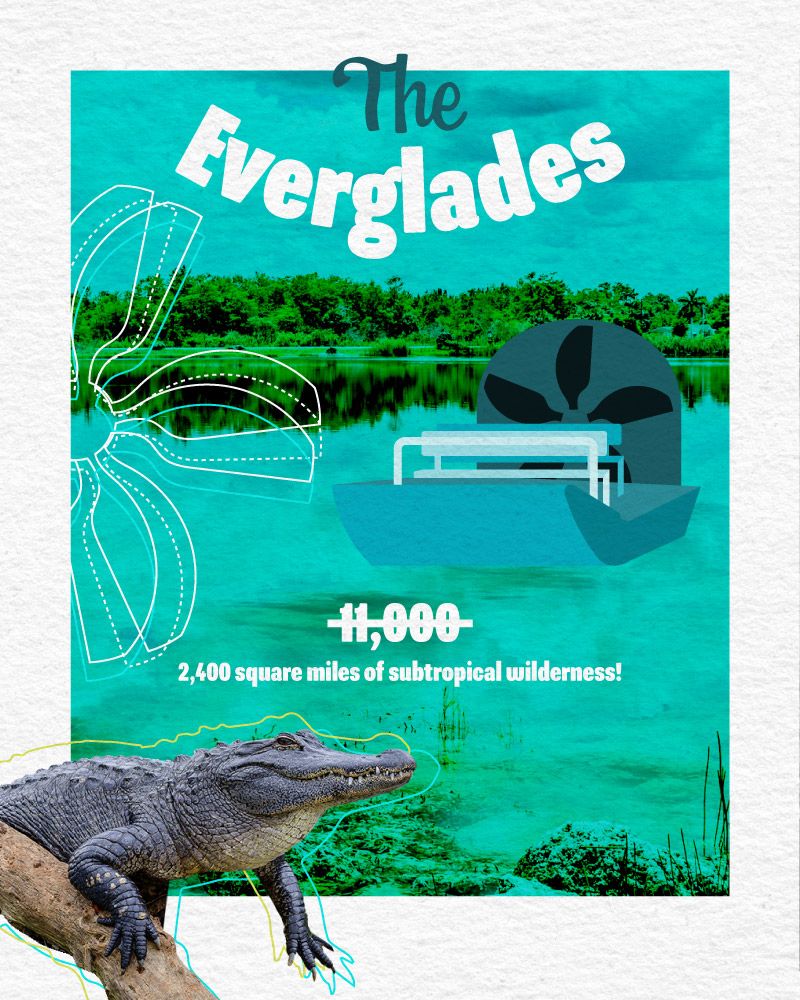 The Floridian Everglades are one of the most endangered part of the US, with hydrological developments disrupting the water flow and leading to the National Park shrinking to almost a quarter of its initial size. 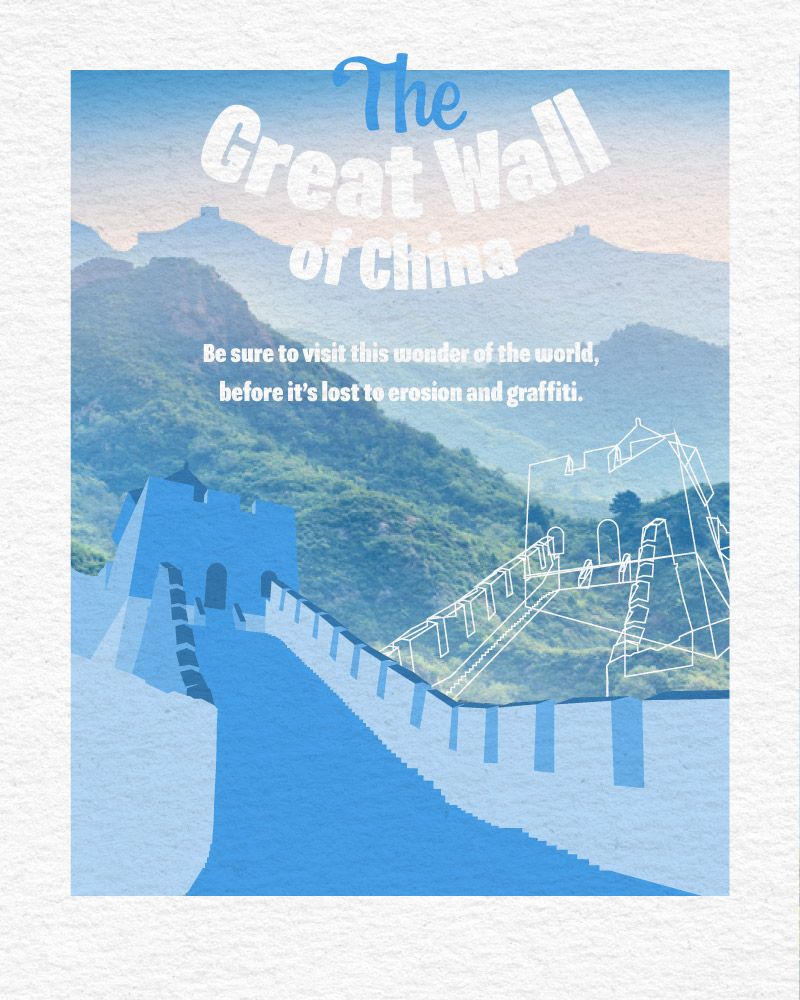 Natural erosion has taken its toll on this wonder of the world, but it’s also endured its fair share of man-made problems, with graffiti starting to take over some portions, and many bricks with historic engravings being sold off. It’s estimated that as much as two-thirds of the wall has disappeared. 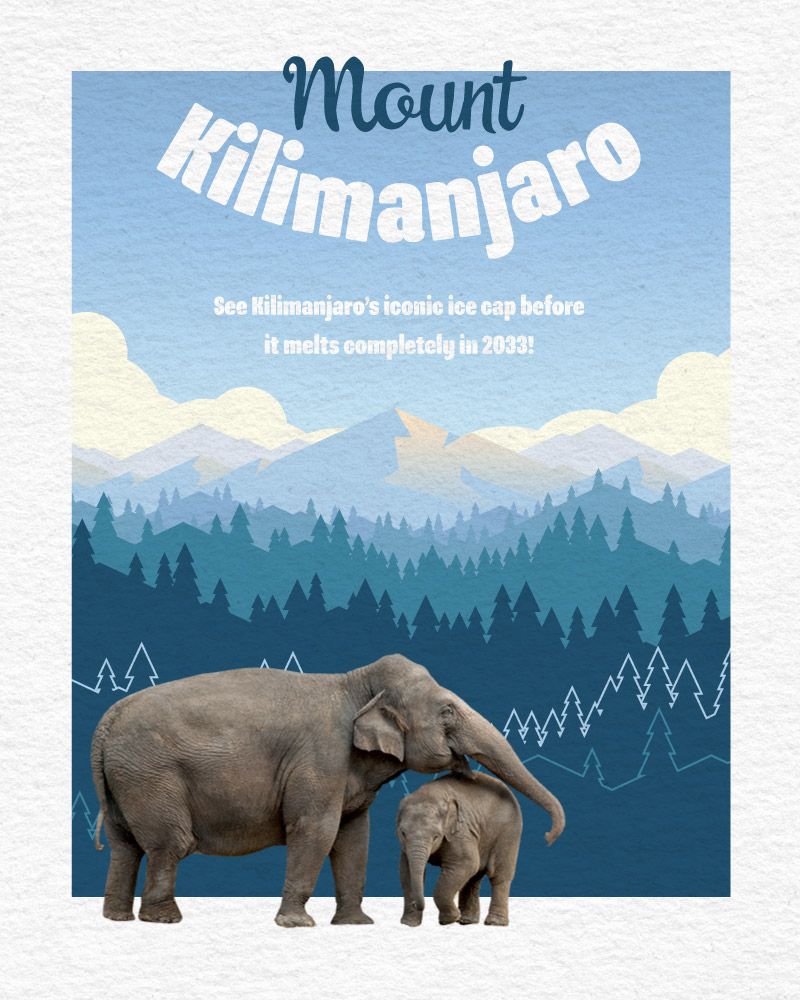 Mount Kilimanjaro is known for the iconic ice cap atop its Kibo summit, although it is unfortunately shrinking at a rapid pace. The cap is estimated to have shrunk by 80% since the early 1900s and is predicted to have gone completely by 2033. 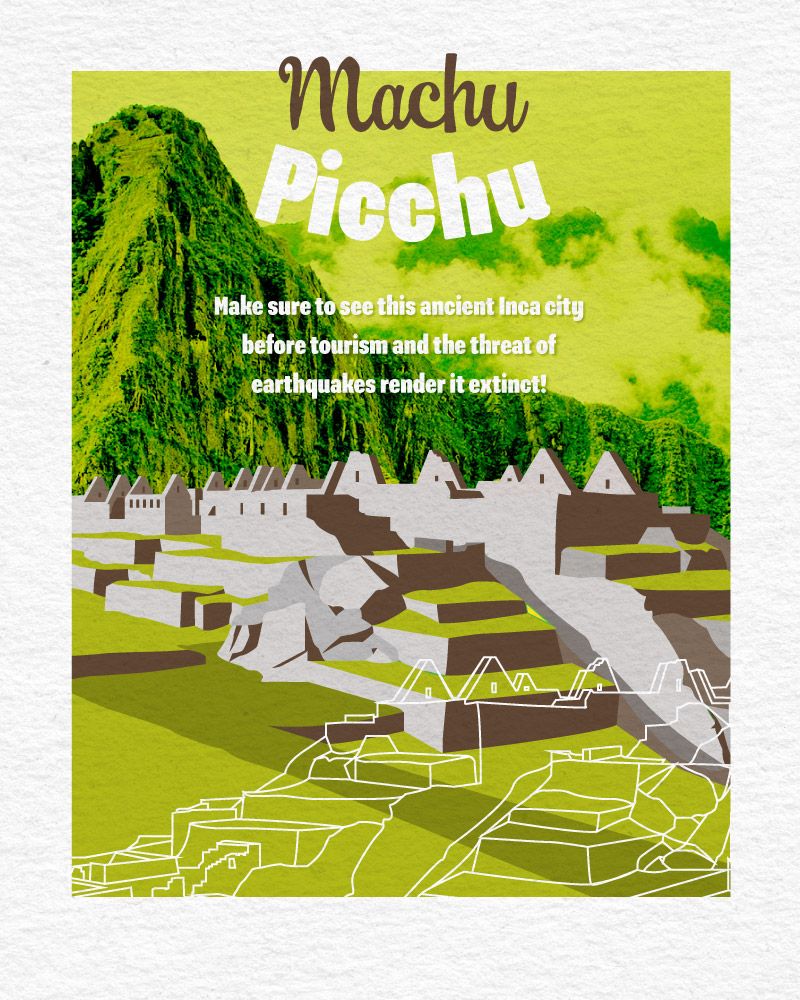 The building of a railway line to the top of the mountain has caused further damage, and it also lies directly on the Tambomachay Fault, so could be hit by an earthquake. 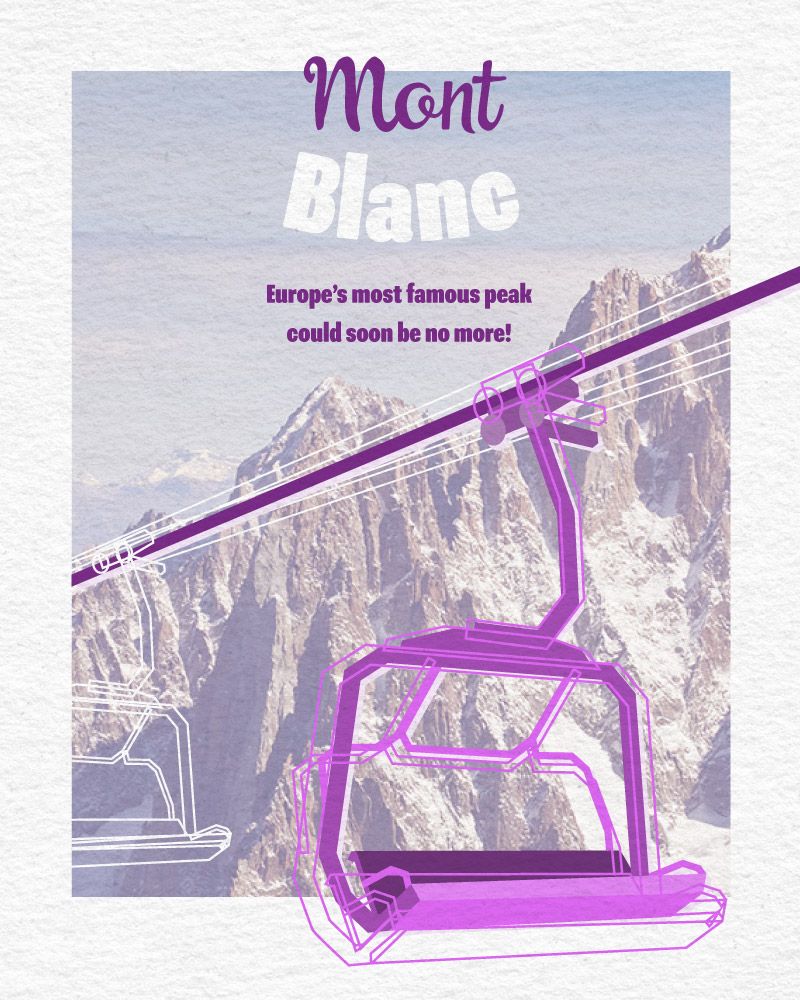 The Alpine glaciers are shrinking at an alarming rate and are predicted by some to disappear as early as 2050 as the effects of global warming take their toll. Mont Blanc itself has shrunk more than 45cm in the last few years. 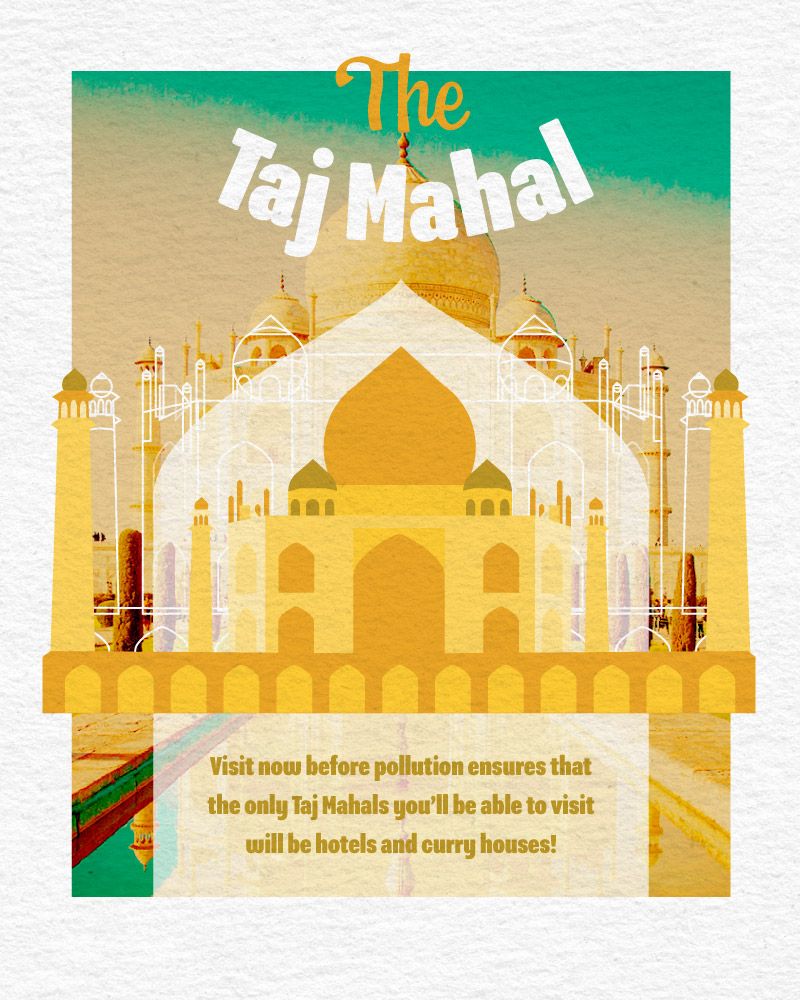 At just under 400 years old, the age of the Taj Mahal is starting to show, and cars have been banned from the area to curb pollution.

Air pollution and the number of visitors are affecting the walls of the building, and the falling water levels of the nearby Yamuna River are also having an impact on the wooden foundations.