American cheese is more often the butt of the joke than the centerpiece of a cheeseboard. It conjures thoughts of yellow squares in flimsy plastic — great for burgers and melting on sandwiches like grilled cheeses and tuna melts, terrible for nearly anything else. Instead, people in the United States often defer to European cheesemakers in France, Italy, Switzerland, and Ireland for the fancy stuff. While those imported cheeses have an admirable reputation, homegrown American cheese deserves a more prominent place on the table.

Cheesemaking in what is now the US dates back to English settlers in the 1700s. They brought cattle with them, for one, as well as homestead versions of the techniques used to make styles like England’s beloved cheddar. That puts cheesemaking in North America at more than 300 years old, which is plenty old enough for a distinctly American cheesemaking tradition to arise (Italian pizza with red sauce, for comparison, is about the same age).

Despite having time on its side, American cheese — for this story we’re talking about the specialty cheeses, not Kraft Singles — hasn’t earned the same respect as its European counterparts. This is true for a number of reasons, Robert Ralyea, a senior extension associate at Cornell University’s department of food science, tells me over email.

“I would not necessarily say that there is not popularity and attention given to American cheeses, as there are some very popular American companies that make well-known cheese,” Ralyea says. “Though there are several obstacles in the United States that France, Italy and other European destinations don’t face.”

Many European countries have Protected Designation of Origin (PDO) guidelines for cheese. These designations mean that only producers in a specific area can make a certain type of cheese — Parmigiano Reggiano can only be made in Italy’s Parma, Reggio Emilia, and Modena regions, for example. It’s the same type of classification that makes Champagne unique to Champagne, France. These are easy to market as special expressions of a place to consumers, though it makes it difficult for cheesemakers in the US, where many early producers named their cheeses after the European styles they were imitating.

According to Raylea, there’s no shortage of artisan cheesemakers in the US, but they receive less attention at restaurants and grocery stores compared to those in Europe.

“It is also quite difficult for the entire nation in the United States to purchase an abundance of cheese,” Raylea says. “If you go to a standard grocery store in rural America, artisan cheeses are not often carried so the exposure is just not there unless people are out there looking for it.”

Lastly, the infrastructure just isn’t there for American cheeses to get the same promotion as European cheese. Cheesemaking is time and resource intensive, especially when it comes to farm-style cheeses. It takes specialized knowledge to make a consistent product that sells well. Ralyea compares it to Formula 1 drivers: They go to a specialist when they need a mechanic, not a jack of all trades.

Yet stateside cheesemakers are prevailing nonetheless. In 2019, an Oregon cheese, Rogue River Blue Cheese from Rogue Creamery, won the top prize at the World Cheese Awards — the first time an American cheese has won in the competition’s 32-year history. That same year, 131 cheeses from the US got recognition among the best of the best from more name-brand cheese producing countries.

“Our distribution system in the US doesn’t focus on the local markets like they do in Europe,” Ralyea says. “Everything here flows through distribution warehouses, especially for the large grocery chains. Often you are hard pressed to find local cheeses in the big ‘box’ grocery stores.”

To find these cheeses, think local. Like many regional products, the best way to find classic American cheeses is to go to the small local business owners (in this case, cheesemongers) who know the producers best. The American Cheese Society has a list of award winners and their business locations, and there are also in-person (or, during pandemic times, online) tastings from major cheese producing states like New York and Wisconsin. On an even more local level, there are the great cheesemongers across the country, like The Cheese Shop in Williamsburg, Virginia; Murray’s Cheese in New York City; Cured Boulder in Colorado; Glanbia Cheese Marketplace in Twin Falls, Idaho; and The Cheese Board Collective in Berkeley, California.

To start, these are four types of American cheese to keep an eye out for that can be found at many reputable shops or ordered online. 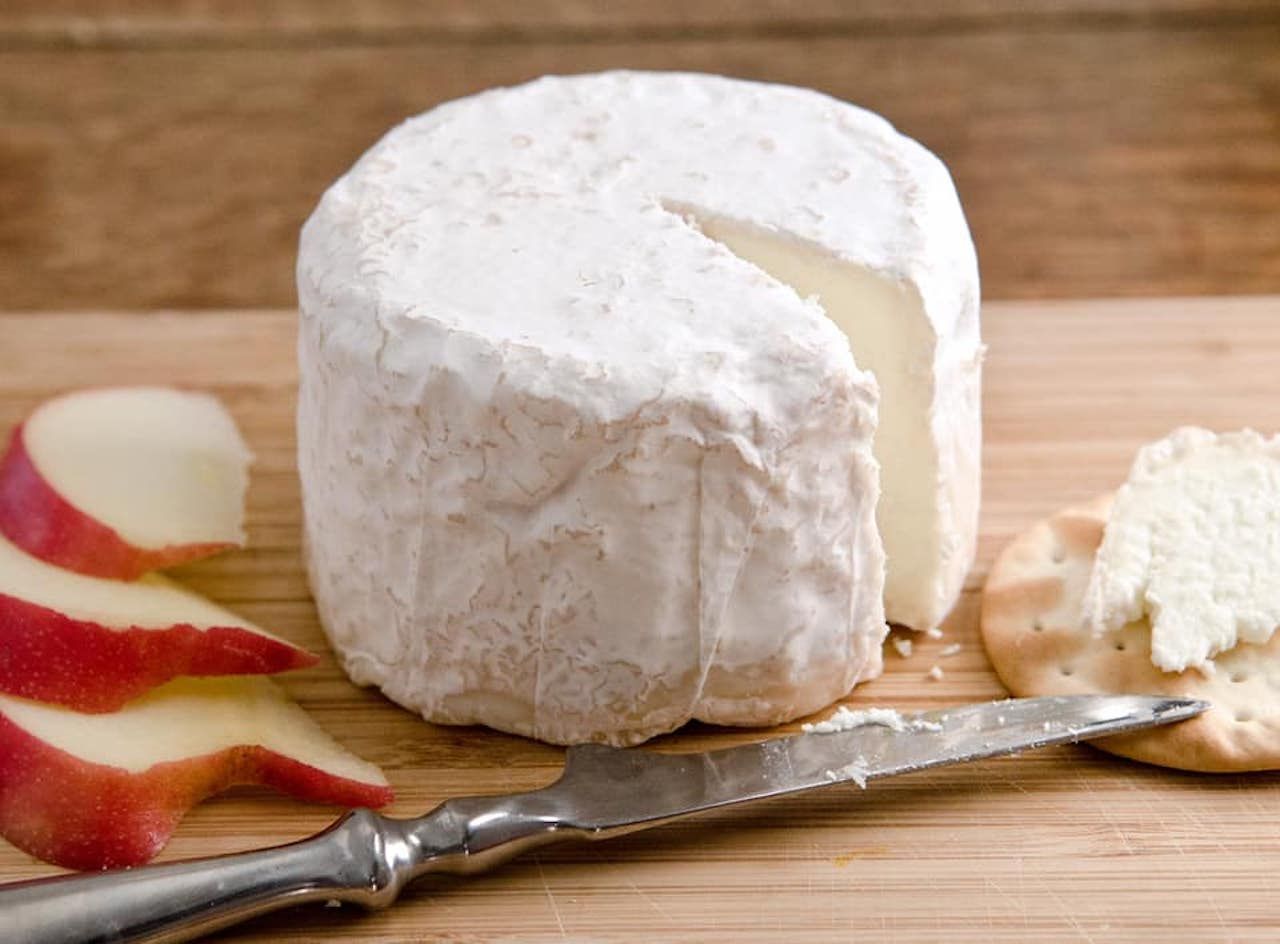 Kunik is a triple cream cheese of goat’s milk and cow’s cream that comes from Nettle Meadow Farm in New York. It’s got the accolades (second place at the 2019 US Cheese Championships and a gold medal at the 2016 World Cheese Championship) and the flavor to back it up. It’s creamy, slightly crumbly, and spreadable if you choose to eat it with crackers, and the rind is tangy (and yes, you should almost always consider eating the rind). 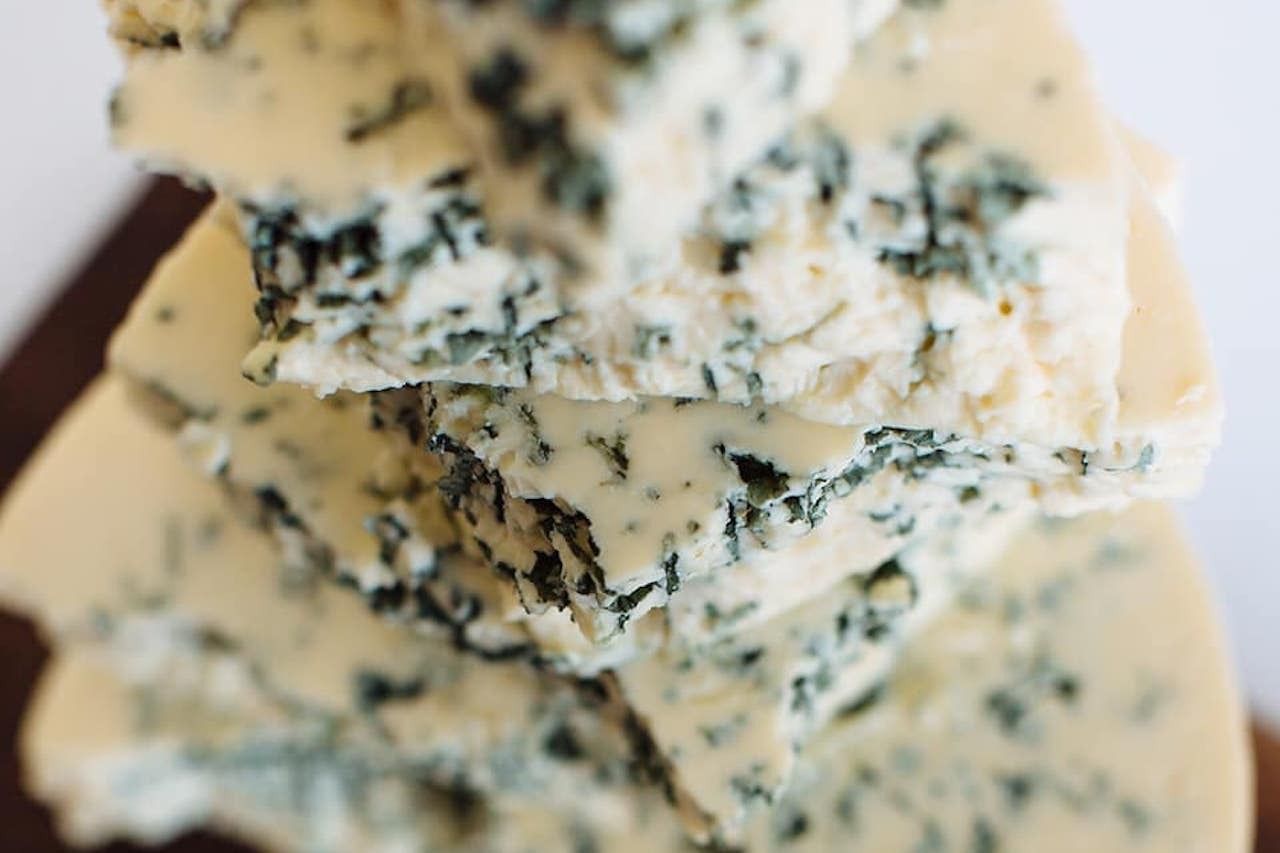 Variations on blue cheese can be found around the world. Consider Original Blue from Point Reyes the next time you’re on the hunt for the perfect one. This rindless cheese is made with unpasteurized (also called raw) cow’s milk and is aged for three and a half months. It’s creamy with a characteristic strong blue flavor. 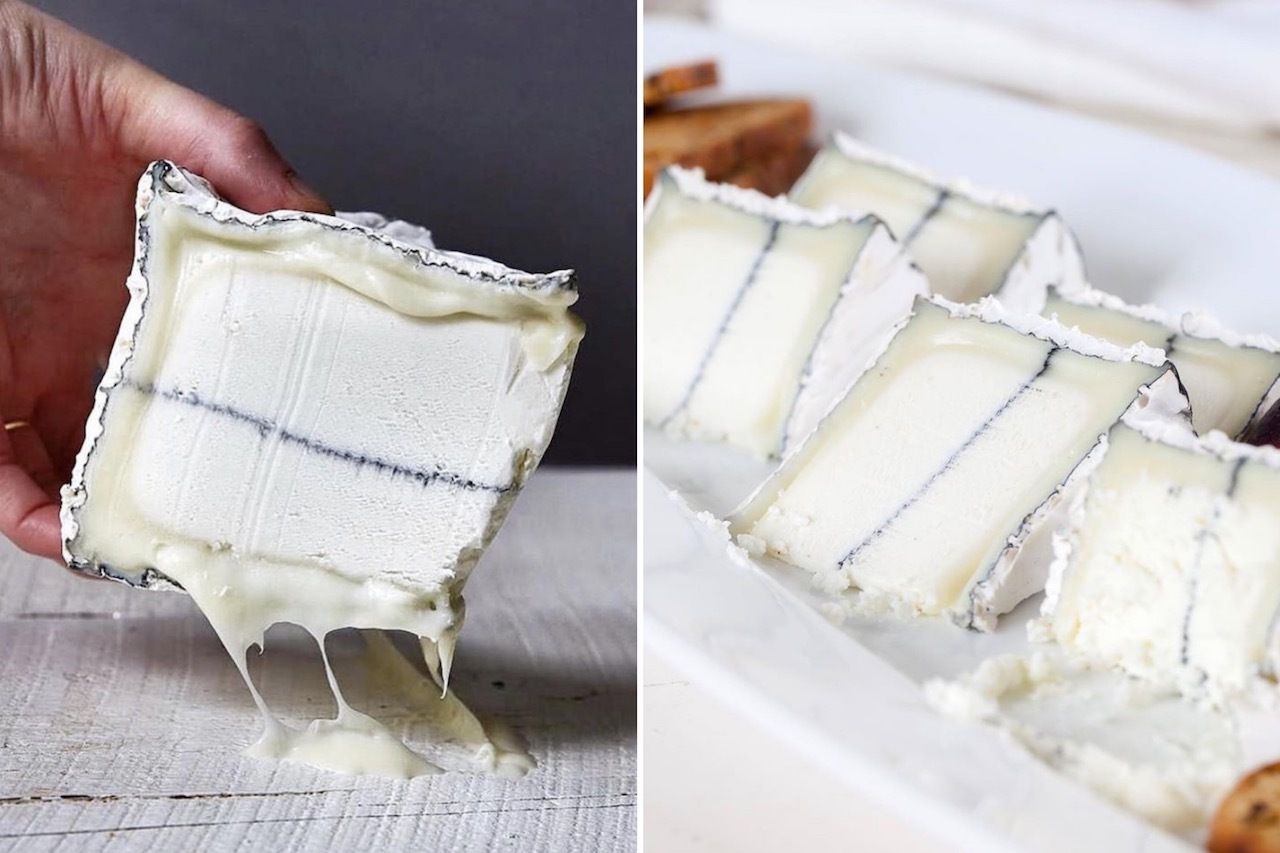 Named after the famous fog of Humboldt County in northern California, Humboldt Fog cheese from Cypress Grove is a soft-ripened, creamy goat cheese that carries the weight of a long string of medals going back to competitions in 2002. You’ll spot it in the grocery store by the characteristic gray line of vegetable ash that runs through the middle. 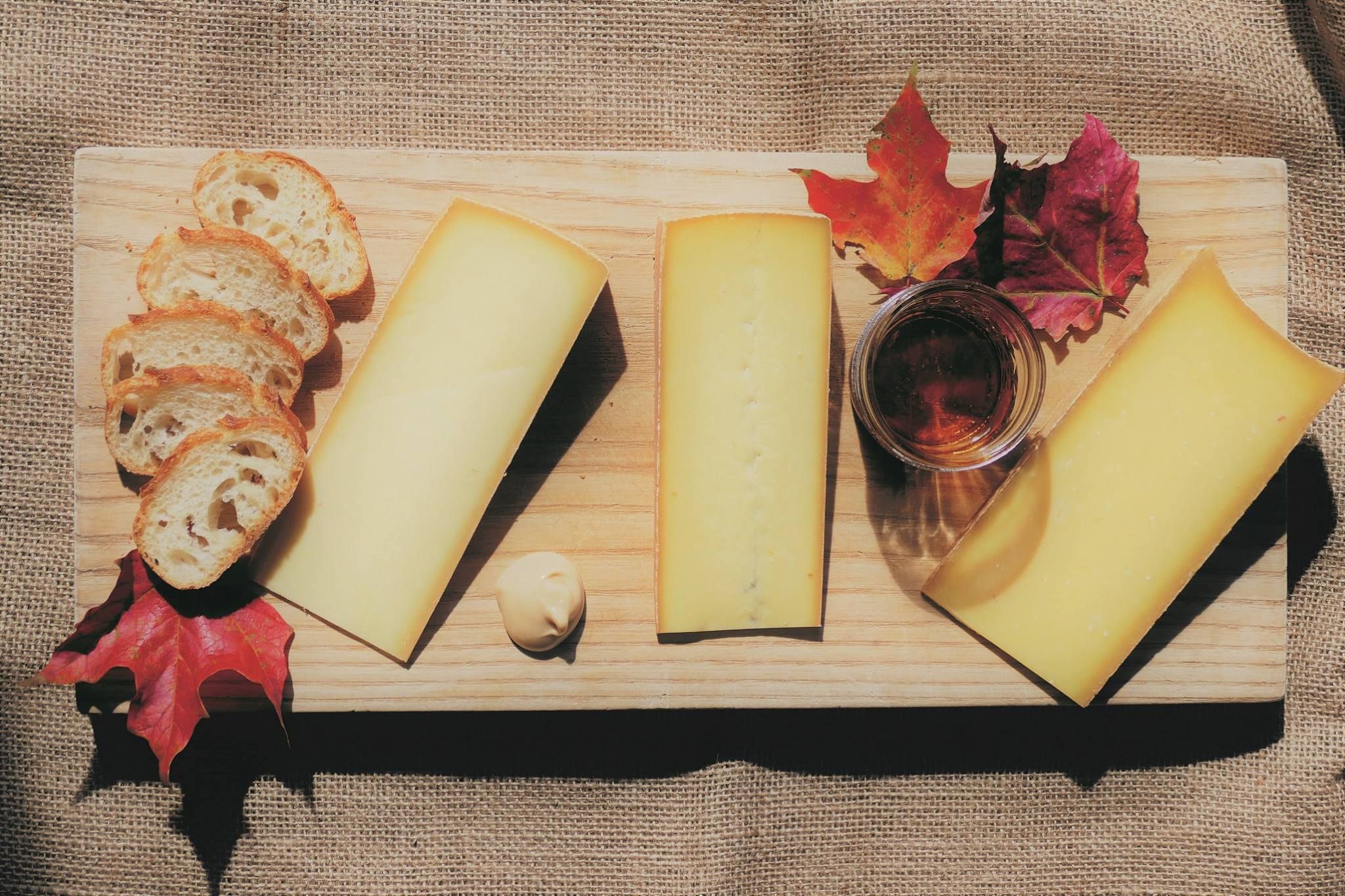 Spring Brook Farm Cheese first made Reading in 2010, and it hasn’t looked back. It’s in the style of Raclette, which is the cheese from the Swiss and French Alps that’s melted and scraped on top of meat and potatoes. Reading is made from raw Jersey cow milk, aged around three months, and tastes creamy and nutty. You can melt it over your food like Raclette or leave it at room temperature on a cheese plate.

Food + DrinkOnly a monster would throw out the cheese rinds
Tagged
Food + Drink
What did you think of this story?
Meh
Good
Awesome