There’s a famous quote from George Orwell’s Animal Farm that says, “all animals are equal, but some animals are more equal than others.” The same applies to pizza.

Most pizza (cheese pizza, anyway) is equal in the basic pillars of its construction, and unless someone really screws it up, it’s always pretty good. Your basic pizza joint will serve this type of pizza, and it often is similar to one of the seven classic types of Italian pizza. Then there are the special spots you write home about: The Brooklyn pizza joint that goes back three generations, the Italian hole in the wall that goes back nine, the trendy spots from an old-school pizza guy — you know the place.

But it’s not just New York City or Italy that you should be seeking out pizza. What about Ireland? Estonia? Macedonia? Sure, if you order pizza in Paris your travel companion might pretend they’re not associated with you. But I make it a point to get at least one pizza in every country, and it’s provided insight into various local cultures that would be hard to find in a museum. 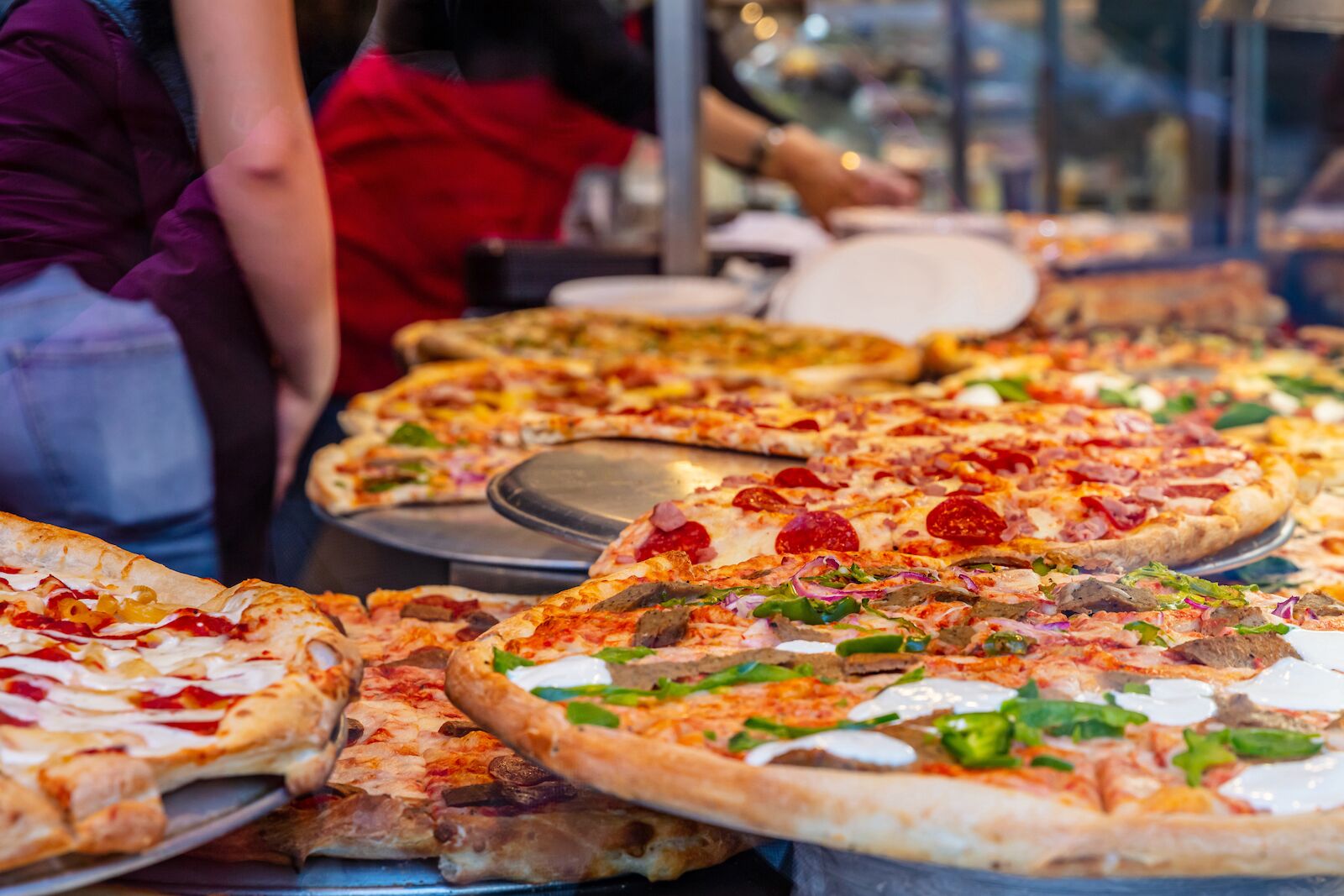 It started as a joke. I was on a road trip through the Balkans with a friend – seven countries in 10 days – and on day three, I was ready for some comfort food.

“You’re really getting pizza in Serbia?” my friend, on his sixth goulash of the trip, asked.

I didn’t expect much. I just wanted something familiar. Something I didn’t expect to love, but knew to a near certainty that I wouldn’t hate. And the Serbian pizza was pretty good: thin, crispy crust, a not-too-sweet sauce, virtually no grease, and a hint of spices that I couldn’t quite place, but which mightily intrigued me. It got me thinking, if Serbian pizza is this good, what about the rest of the countries I was visiting?

Apparently, I had been thinking aloud.

“What’re you gonna do, get another one in Bosnia?” my friend laughed. We would be in Sarajevo that night.

Fast forward six hours, and I was ordering another pizza in Sarajevo – partly to piss off my fast-food averse friend and partly because I was genuinely curious. The floodgates had officially opened. From a Dalmatian ham-topped margherita in Croatia to pizza with sour cream and hot sauce accompaniments in Macedonia, I made it my mission to order a pie in every country we visited. That was five years ago, and I’ve been doing it ever since. 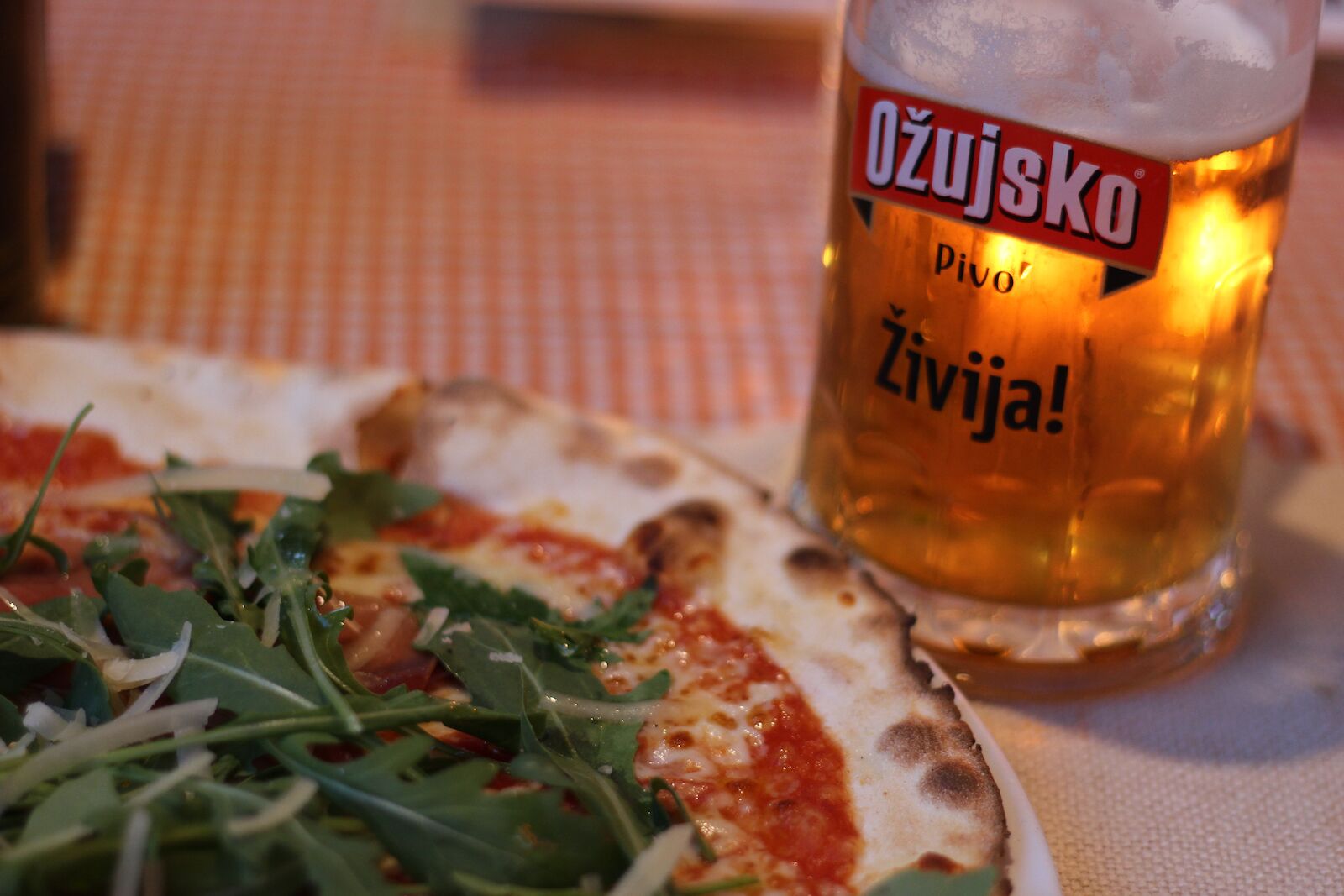 To the uninitiated, pizza is a simple food that’s the same everywhere you go. On a deeper level, it’s more like a canvas an artist uses to paint a masterpiece. A Croatian and Indonesian artist may paint the same subject, but they’d do so through the lens of different cultures and experiences. So, too, do pizza chefs around the world wield sauce, cheese, and crust to work their wildly unique magic.

By virtue of its familiar template, pizza is a delicious window into the culinary world of other cultures. It’s one of those rare foods that everyone knows, is available pretty much everywhere, and has simple enough ingredients to be understood and appreciated even by people who eat more for sustenance than pleasure. When a pizzaiolo deviates from the familiar template, it tells us something about what that culture values in their food.

In Croatia, they top their pizzas with Dalmatian ham. In Macedonia, they sprinkle on some Macedonian hot sauce, which is only available at local supermarkets. In South Korea, there’s bulgogi pizza topped with beef. In Turkey, lahmacun resembles a Mediterranean pita bread topped with veggies.

These are not earth-shattering deviations from the classic pizza formula, but they do give you a sneak peek into other countries’ culinary traditions – and how artists embellish an already beautiful painting to make it their own.