It’s the start of the year and time for new resolutions. If completing trail running in your hometown seems like kids’ stuff, consider an ultramarathon overseas. South Africa hosts several ultramarathons that may just be the highlight of your year.

South African races like the Comrades Marathon and Two Oceans Ultra Marathon are well-known globally, but the list of ultra-races is growing, as is the community of runners gearing up to take them on. Here’s everything you need to know about ultrarunning and the South African ultras you need to add to your race calendar this year.

Ultras and their appeal 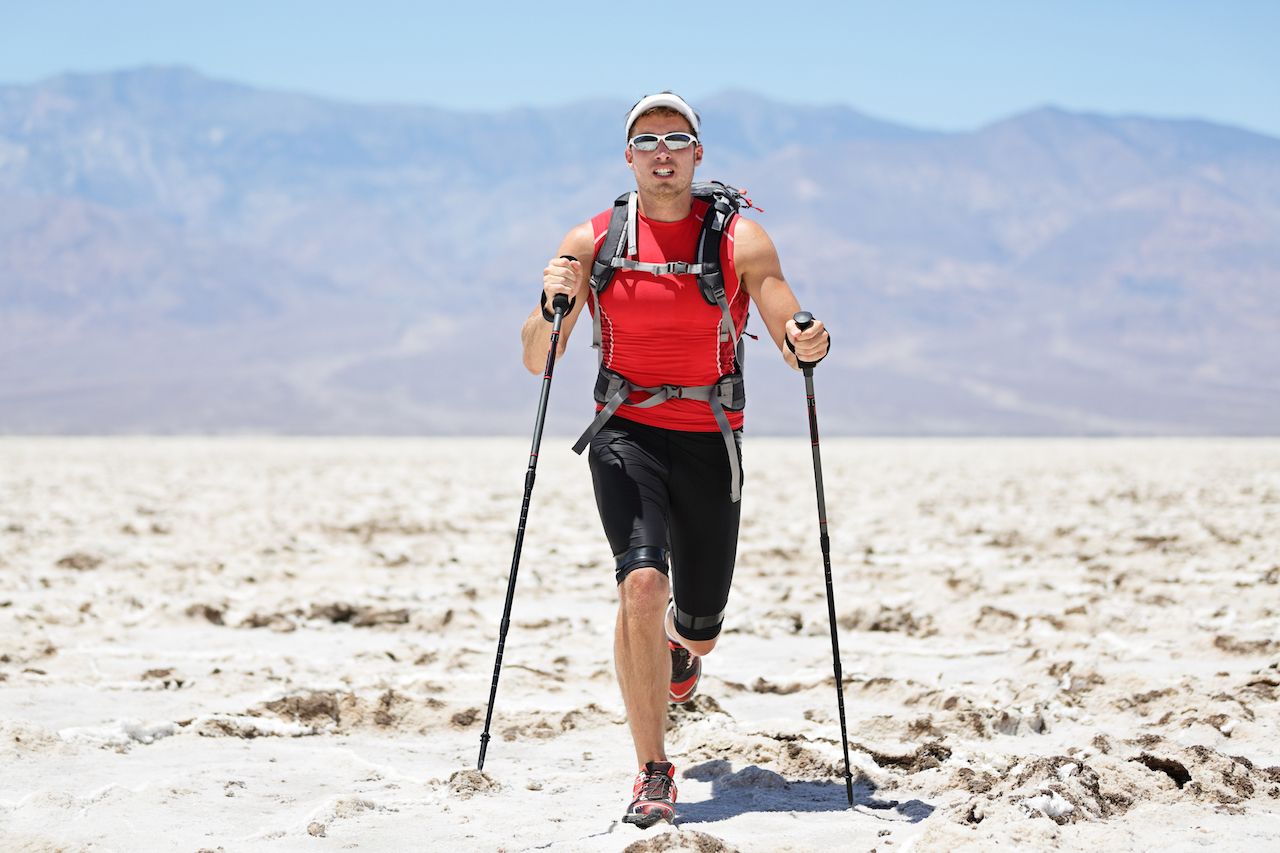 An ultramarathon — commonly referred to as an ultra — is any race longer than the traditional marathon distance of 42.2 kilometers (26.2 miles). They’re long, often brutal, and certainly not for everybody. But a growing community of runners is signing up for these races — all drawn by the allure of completing an ultra.

Showcased in films like The Barkley Marathon: The Race That Eats Its Young, there’s a romanticism to ultrarunning, with those who take it on displaying the grit we all want to find in ourselves. To complete an ultra, you need to dig deep, fight off the urge to quit when your body is falling apart, and be willing to go to some pretty dark places before finally crossing the finish line.

It can be an awful experience that has you questioning why you entered in the first place, but when you cross the finish line, all that darkness is washed away by a wave of euphoria. I like to call it “finish line amnesia,” and it’s the reason ultra-runners continue to line up at the starting line despite often swearing mid-race to never to do so again. Once that bug has bitten, it’s a hard thing to shake.

From the lush coastal stretches of the Wild Coast in the Eastern Cape to the imposing, raw beauty of the Drakensberg Mountains, these are the races that’ll make you book a ticket to South Africa.

Limited to just 30 runners, the Hobbit Journey is an arduous yet rewarding 56-mile run across the notorious Amthole Hiking Trail in the Eastern Cape. Starting and finishing at the Arminel Hotel in Hogsback, the event is broken up across two days, traversing towering forests, rivers, and technical terrain. Runners are self-supported and aid stations are limited, meaning you need to ensure you can carry the bulk of your supplies throughout the route. Shorter 23.6-mile, 10-mile, and three-mile runs are offered for those not ready to take on the big one. 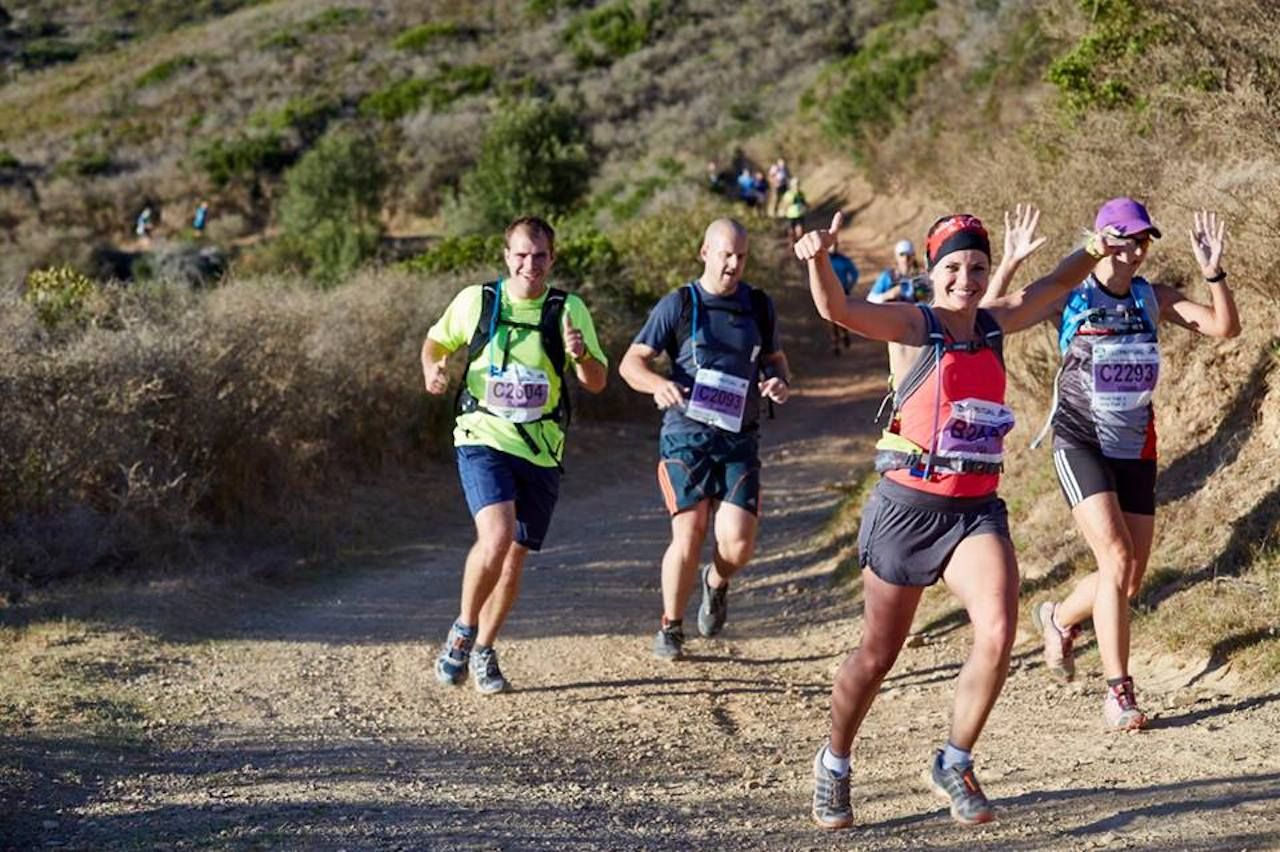 Billed as “the world’s most beautiful marathon,” the Two Oceans Ultra Marathon is a 35-mile course that runs through the unparalleled beauty of the Cape Peninsula. The first 17 miles are flat and fast, but don’t be fooled by the gentle introduction because the climbing starts as you approach the iconic Chapman’s Peak, and your legs are in for more punishment with the highest point of the race — Constantia Nek — still lying ahead.

Thankfully, the view along this stretch is jaw-dropping, with the Atlantic Ocean to your left and the rugged outcrops of the mountain to your right. Once you have made your way up and over Constantia Nek, you’re virtually home free with Rhodes Drives, a gorgeously forested stretch of road, relatively light in terms of gradient, before you’re hit with a tricky little uphill towards the finish at the University of Cape Town. The last few kilometers make for a festive occasion with thousands turning out annually to cheer runners through the home stretch and UCT’s Green Mile. 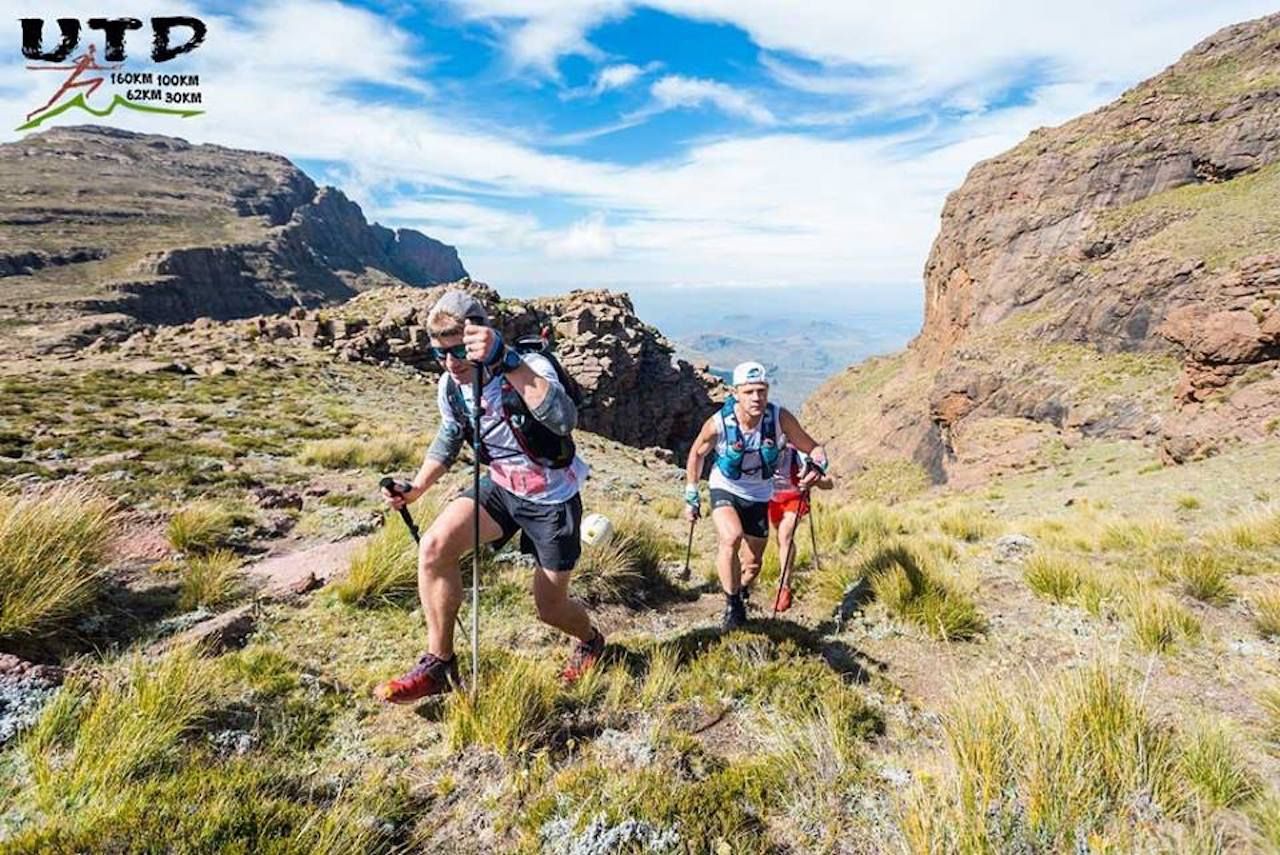 A 100-mile run through the Drakensberg Mountains, with 18,000 feet of climbing, this is a beast of a run. But for those willing to take it on, the payoffs of the Ultra-Trail are plentiful. The course cuts through the Maloti Drakensberg, a World Heritage site. While it is undeniably beautiful, the route is also harsh and unrelenting, with runners often isolated for long periods of time. Traversing iconic stretches of mountain, such as the Sani Pass, Khanti Ridge, and Hodgson’s Peak, participants experience some of the best mountain trails on offer — but they will need to find some deep reserves to cross the finish line, with the slowest runners routinely spending two days out on the route. 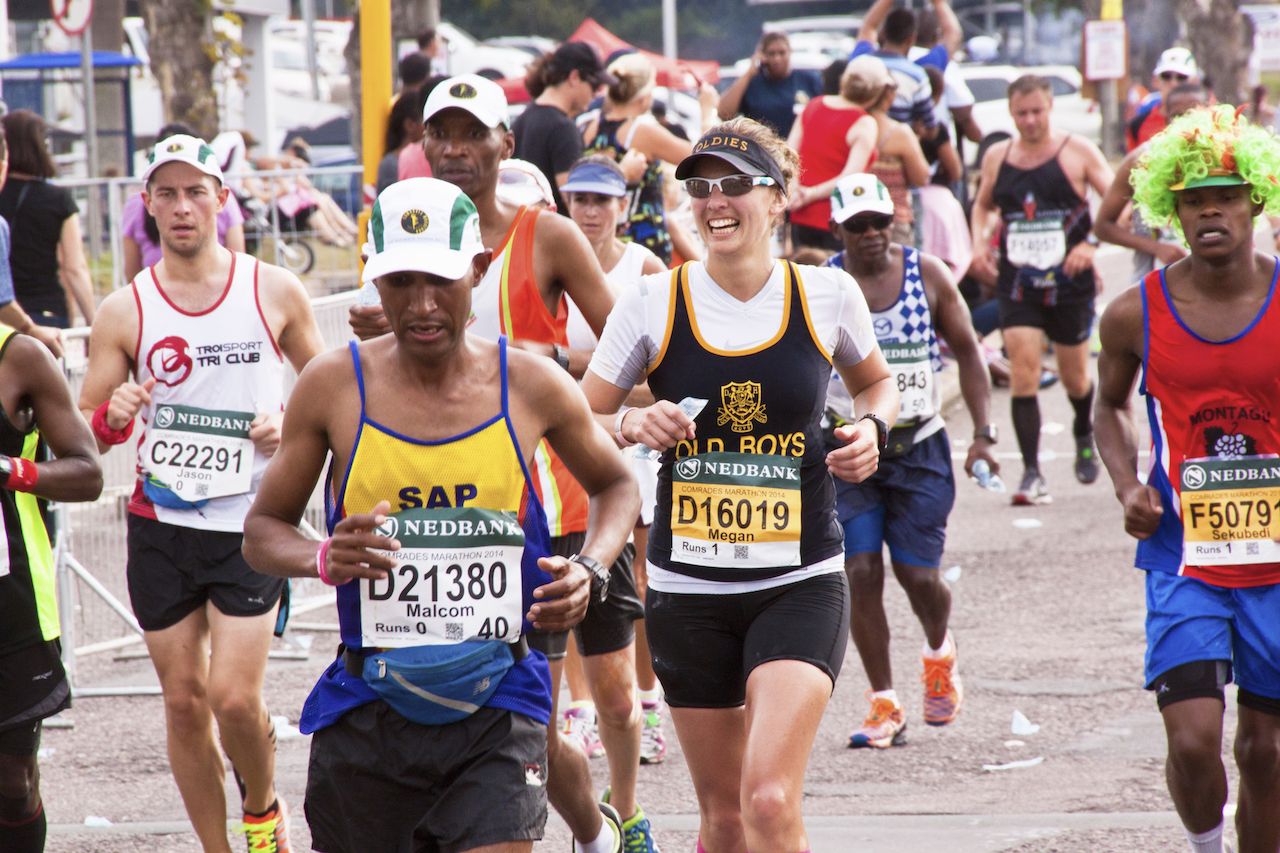 The grand-daddy of all South African ultras and arguably the most famous run in South Africa, the Comrades is the litmus test for local runners and a bucket-list event of note. The route runs between Durban and Pietermaritzburg, and the race switches direction each year with the “up” run (54 miles) starting from Durban and the “down” run (56 miles) heading out from Pietermaritzburg. Qualification for the event is a four-hour-50-minute marathon, with the field capped at 25,000 runners and five cut-off markers set throughout the race.

This is a race that captures the heart of a nation with the final cut-off time of 11 hours watched with bated breath across the country. Few races garner the kind of attention that the Comrades Marathon commands, and that’s unlikely to change any time soon. While registration is full for this year, it’s a race worth seeing as a spectator. 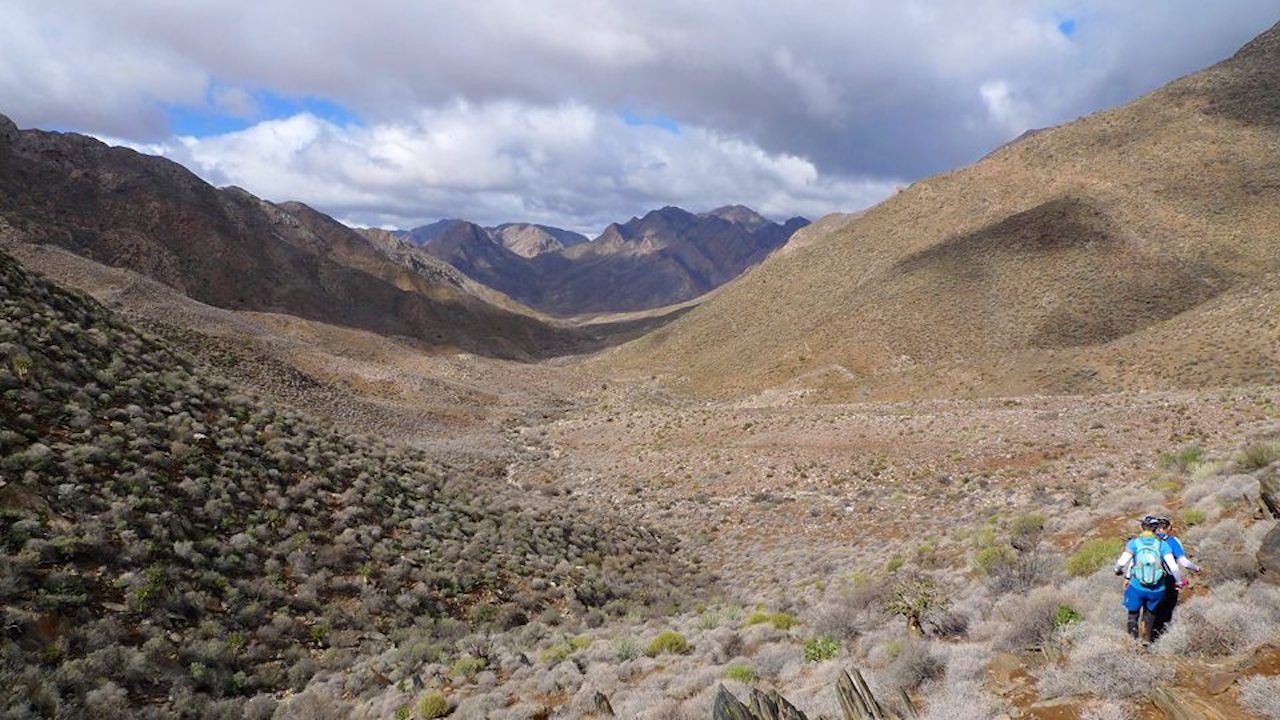 Lasting five days and covering 200 kilometers (124 miles) two countries, The Namibia Crossing begins in South Africa and crosses over into the /Ai/Ais-Richtersveld Transfrontier Park in Namibia. Running conditions here are like nowhere else on Earth, with participants passing through the crystal fields of Sendelingsdrif in South Africa and the infamous giant boulders of Tatasberg deep in the /Ai/Ais-Richtersveld Transfrontier Park, before crossing the Orange River into Namibia and cutting through the wild lands of the Fish River Canyon. At times you will feel like you are on another planet, with the stark, rocky terrain resembling a moonscape, not the earthly realm. It is a magic experience and one that all runners need to undertake.

The Washie 100, run from Port Alfred to East London in the Eastern Cape of South Africa, is the only 100-mile road race in South Africa. While the Comrades Marathon may be considered the more iconic of the two, in terms of sheer toughness, the Washie has it beat. The Washie is not televised, which is why most people outside of the running community do not know about it, and there is no official support, meaning runners need to provide their own. No water points, no massages, no medical tent. Nothing. If you want support, you need to provide your own. That probably explains why in 2018 only 153 runners lined up for the Washie 100 compared to the more than 16,000 who waited for the starter’s gun to go off at Comrades the same year. 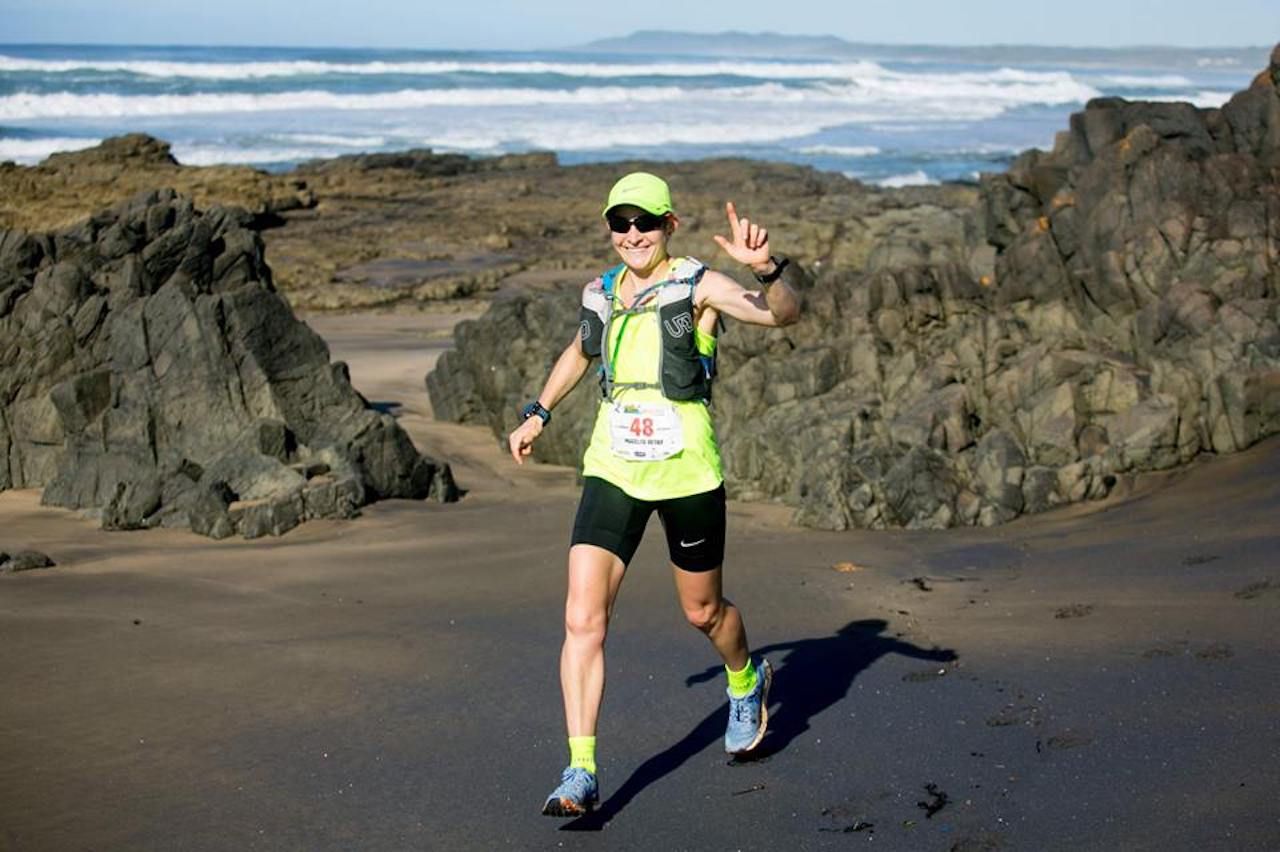 The Wildcoast Wildrun is not an ultra in the truest sense of the word but easily one of the most visually — and emotionally — rewarding runs on the South African racing calendar. Run over three days along the ruggedly beautiful Wild Coast in the Eastern Cape, the Wildcoast Wildrun is broken down into a 27-mile and two 21-mile traverses, cutting through the rural homelands of the isiXhosa people of South Africa. It is a tough race with big climbs and long, isolated stretches of beach, with sometimes brutally soft sand. You can go for hours without seeing another person, but while it tests the body, it rewards the soul as runners make their way through some of the last, truly untamed stretches of the Eastern Cape. 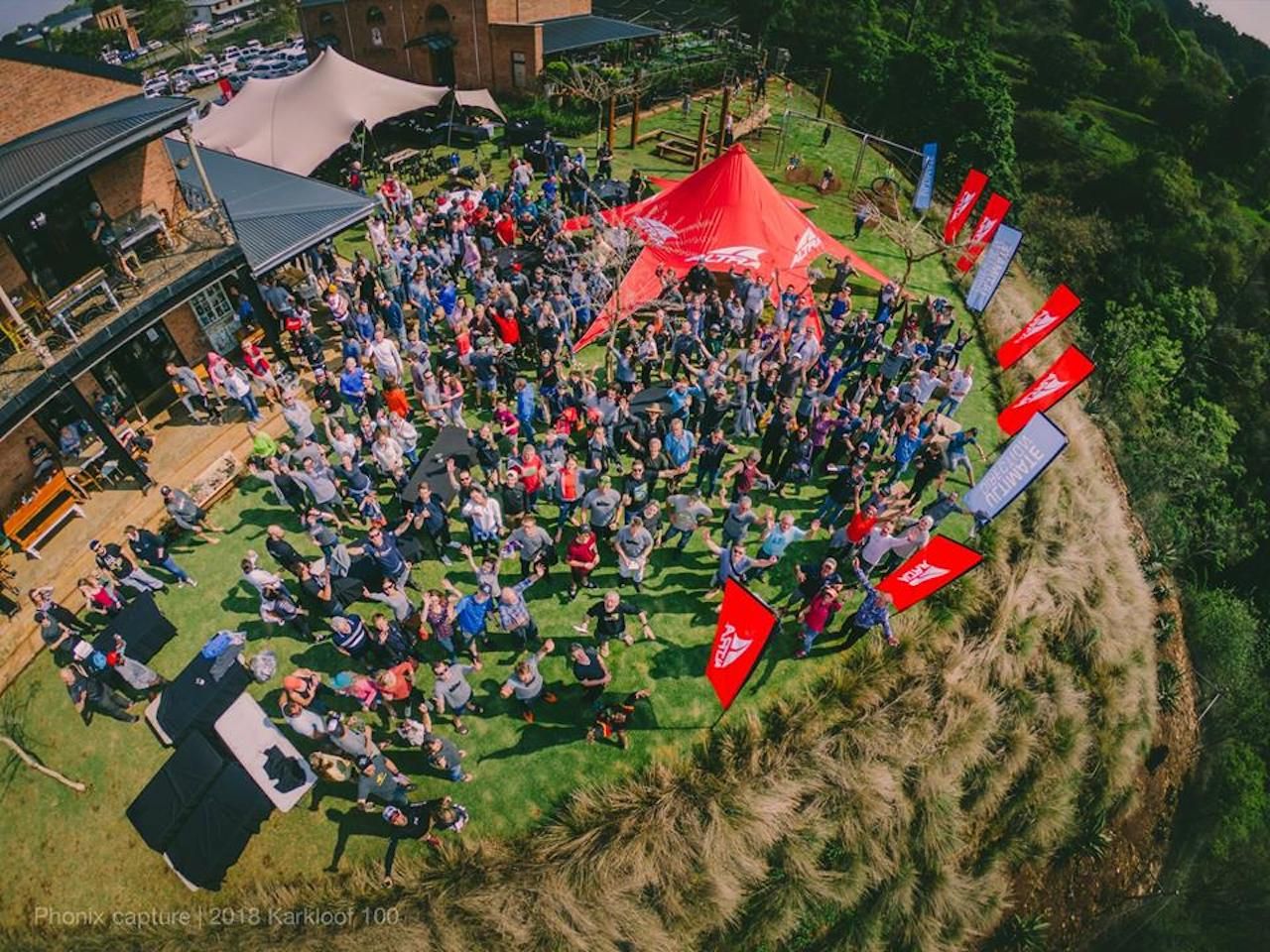 One of a select few 100-mile races in South Africa, and the first in Kwa-Zulu Natal, the Karloof 100 runs through the dense indigenous forests, wetlands, and grasslands of the Karloof region. Modeled on international 100-milers, the Karloof 100 is an out-and-back course with aid stations located every 10 miles, and it also acts as a qualifier for the Western States Ultra in North America.

Heralded as the “Grail of Trail,” the Otter Trail Run is a 26-mile trail race run between Storms River and Nature’s Valley in the Western Cape of South Africa. Usually completed as a hike across five days, the run is tough and technical with four river crossings, including a tricky navigation of the Bloukrans River. Depending on what time you end up crossing, the Bloukrans could be more of a swim than a run.

Although grueling, it is also gorgeous, with jaw-dropping views, pristine white beaches, and a coastline that seems to run forever. The Otter acts as the finale for the Golden Trail Series, a global trail running series contested throughout the year, and draws some of the world’s best runners. That means entries are extremely hard to come by, with the race selling out every year. Get yourself a priority listing and cross your fingers because even that won’t guarantee entry. 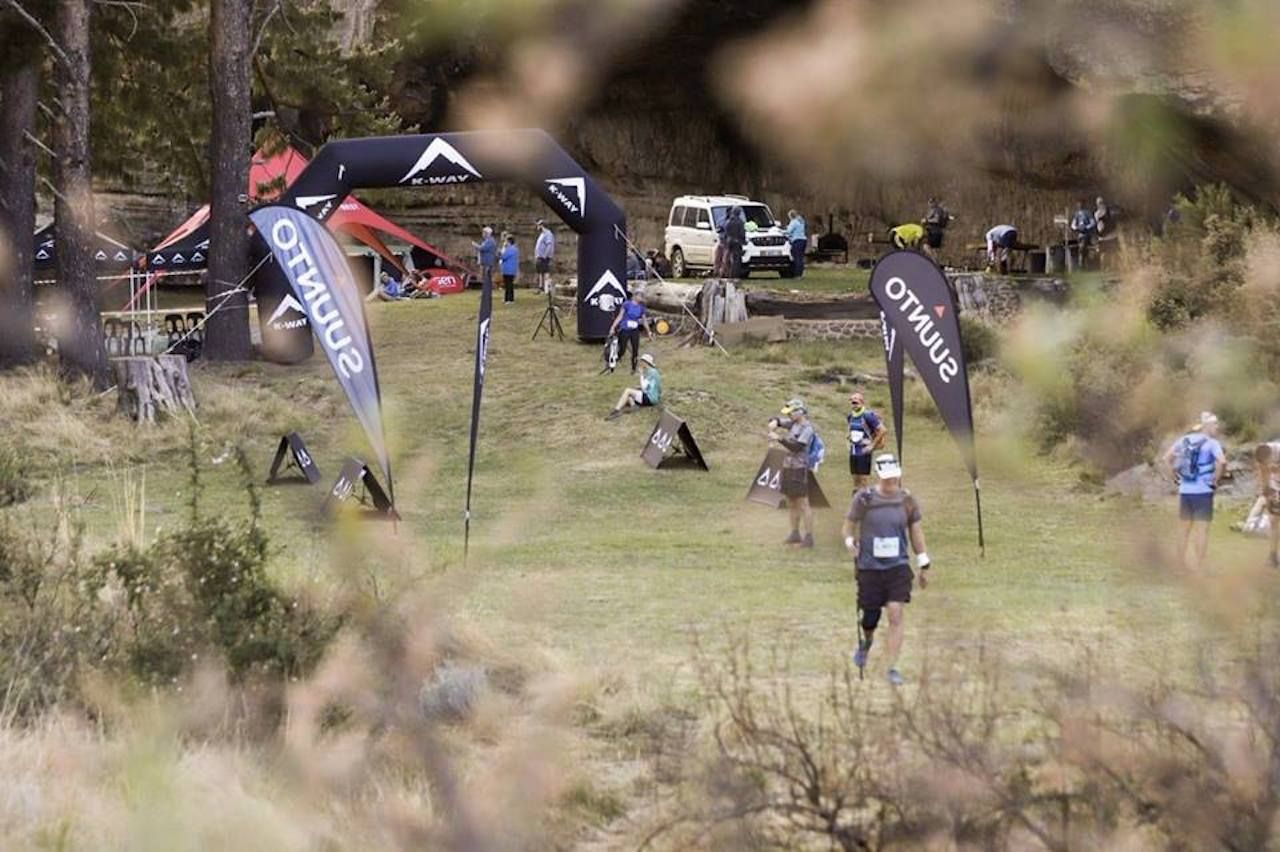 One of the country’s most revered Ultras, the Skyrun offers a 40-mile and 62-mile route, with the latter acting as a qualifier for the Western States. This is true mountain running, crossing a variety of terrain, ranging from rocky, rugged outcrops to sections of jeep track. The area is abundant with life, with more than 650 plant and 80 animal species found here. Starting out from the town of Lady Grey, runners quickly find themselves spread out across the route with little in the way of civilization until they cross the finish line. Participants need to be completely self-sufficient and able to navigate their own way with no markers on the route — making the Skyrun one of the most challenging races of its kind. 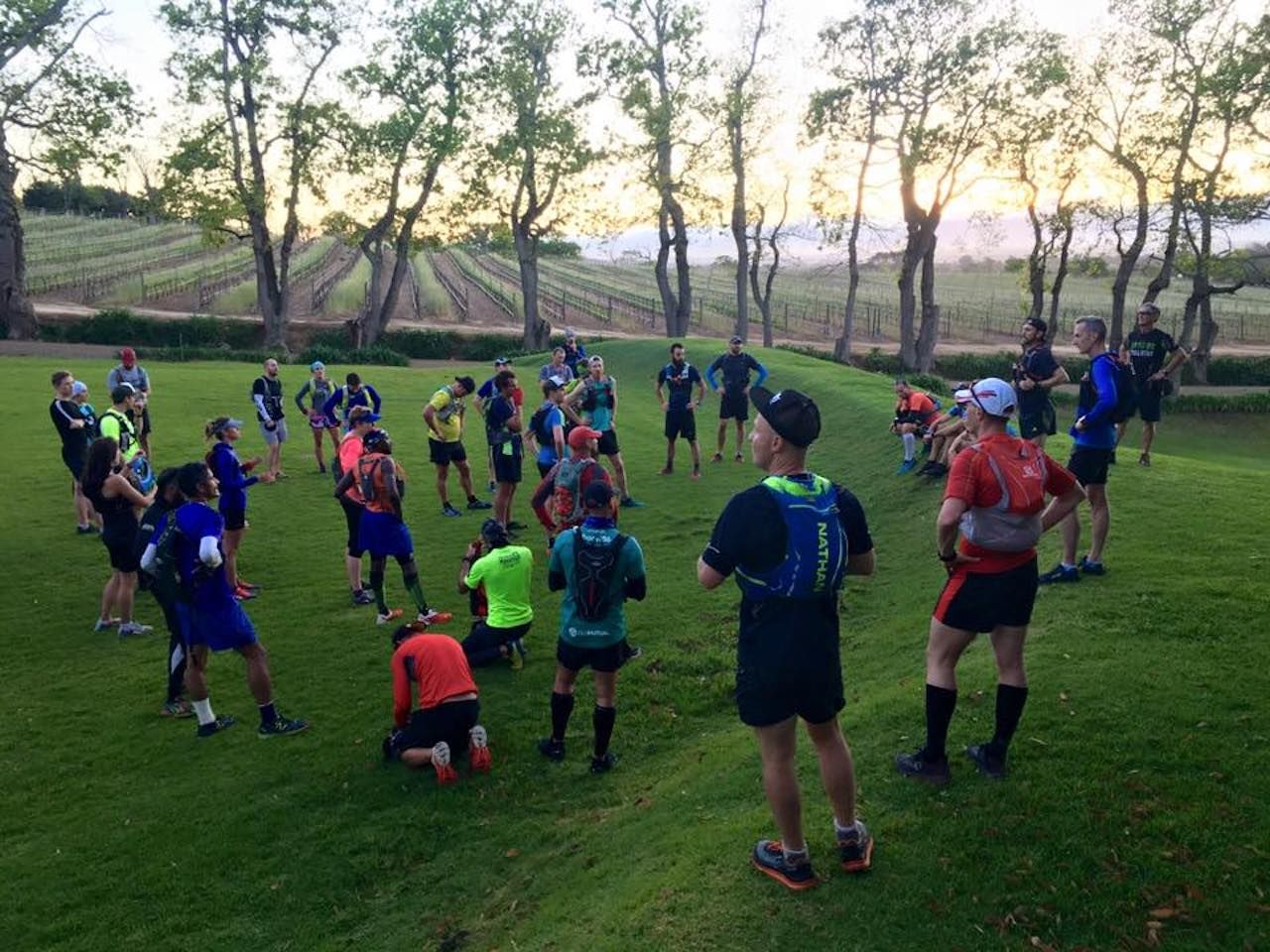 Not many events can boast a New7Wonders of Nature as their centerpiece, but the Ultra-Trail Cape Town — with the iconic Table Mountain Nature Reserve forming a large part of the route — can do exactly that. This relatively new event has just celebrated its fourth anniversary and has quickly solidified itself as a global fixture. It forms part of the Ultra-Trail World Tour and covers some of Cape Town’s most recognizable landmarks, including the Constantia Winelands and the upper slopes of the Kirstenbosch Nature Reserve. There are also 40-mile, 22-mile, and 13-mile routes for those less inclined to take on the mammoth 100 kilometers (62 miles), but all are demanding with plenty of climbing and technical challenges thrown at you throughout.

RunningOutdoor Runs in 2019 You Should Sign Up for Now
Tagged
Running South Africa
What did you think of this story?
Meh
Good
Awesome