Last year, Scotland launched the world’s first UNESCO Trail in a celebration of Scotland’s many UNESCO designations. The list of World Heritage Sites, geoparks, cities, and biospheres illustrate the diversity and beauty of the Scotland’s landscape and culture. A slow-travel trip along the trail is a cultural journey through key points in the region’s history — as well as a look into the lively culture of current day Scotland.

Planning a trip around some or all these sites is also in line with the country’s aspiration to be a world leader in responsible tourism. Encouraging visitors to adopt a slow travel approach to their vacation by taking time to truly experience the destination and make sustainable choices is one driving force behind this trip planning intuitive.

Scotland is an easy country to navigate, and you don’t have to plan a vacation around all of the UNESCO stops on the trail to enjoy the trail itself. With that said, we recommend taking your time to move slowly to truly appreciate the natural beauty of Scotland’s landscape, its rich and fascinating history, and the welcoming nature of the Scots.

Here are some of the highlights of Scotland’s UNESCO Trail. 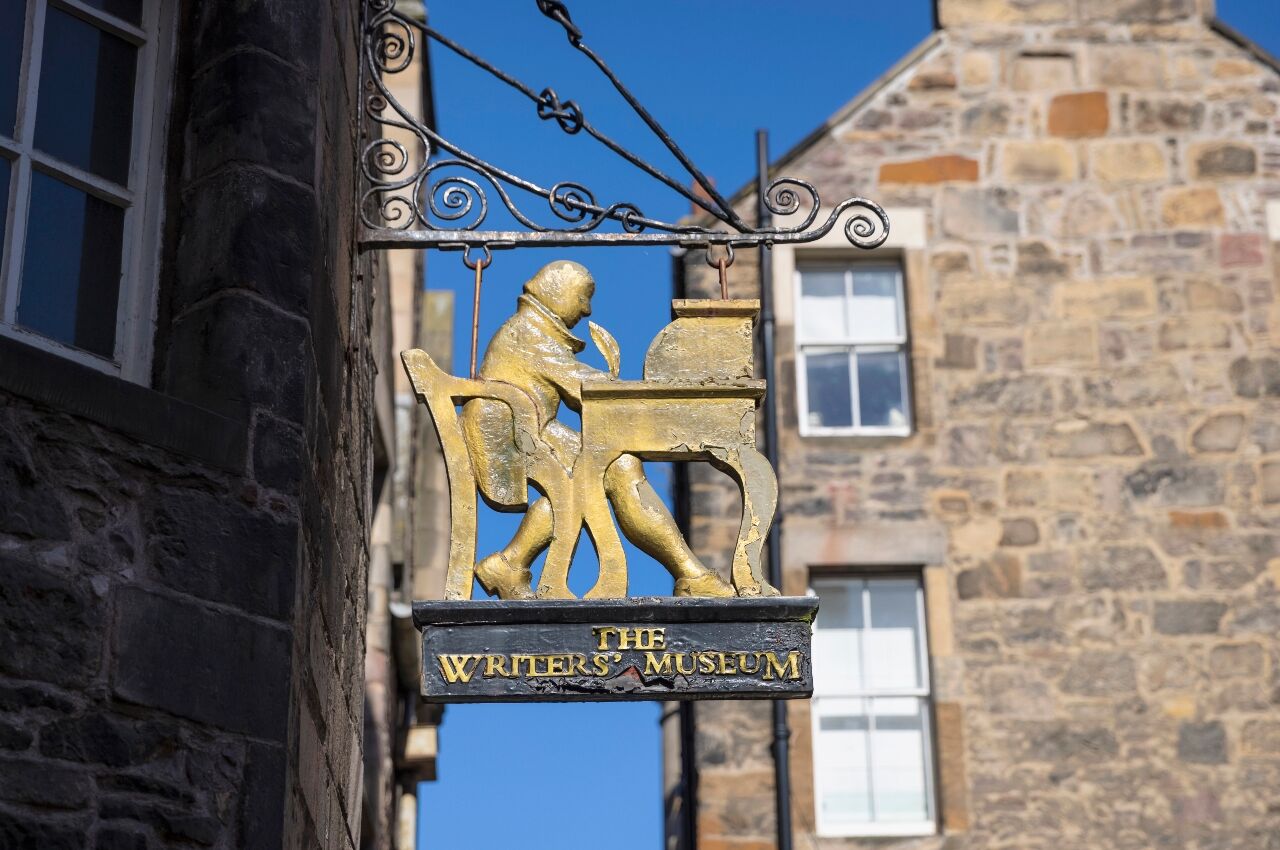 Edinburgh became the world’s first UNESCO City of Literature in 2004. The city’s culture is engrained with the contributions of many of its past and current residents, who have penned some of the world’s greatest masterpieces.

Perhaps it’s Edinburgh’s inspiring architecture or the rich art and academic accomplishments of those who call the city home that has contributed to creating such a creative atmosphere. You can walk in the footsteps of authors such as Sir Walter Scott, Robert Louis Stevenson, Robert Burns, JM Barrie, Muriel Spark, and JK Rowling.

You can learn about the lives of three of Scotland’s greats — Scott, Burns and Stevenson — at The Writers Museum which is free and located at the top of Edinburgh’s historic Royal Mile. In August, Edinburgh celebrates everything literature with Edinburgh International Book Festival. The festival celebrates international as well as Scottish writers, and attracts an audience of over 20,000, annually.

You can also visit the Scottish Storytelling Center year-round, which hosts one-off performances and regular storytelling readings. Check the center’s site for events. If you are traveling with young children they often have puppet shows and other wonderful Scottish cultural performances for a young audience. 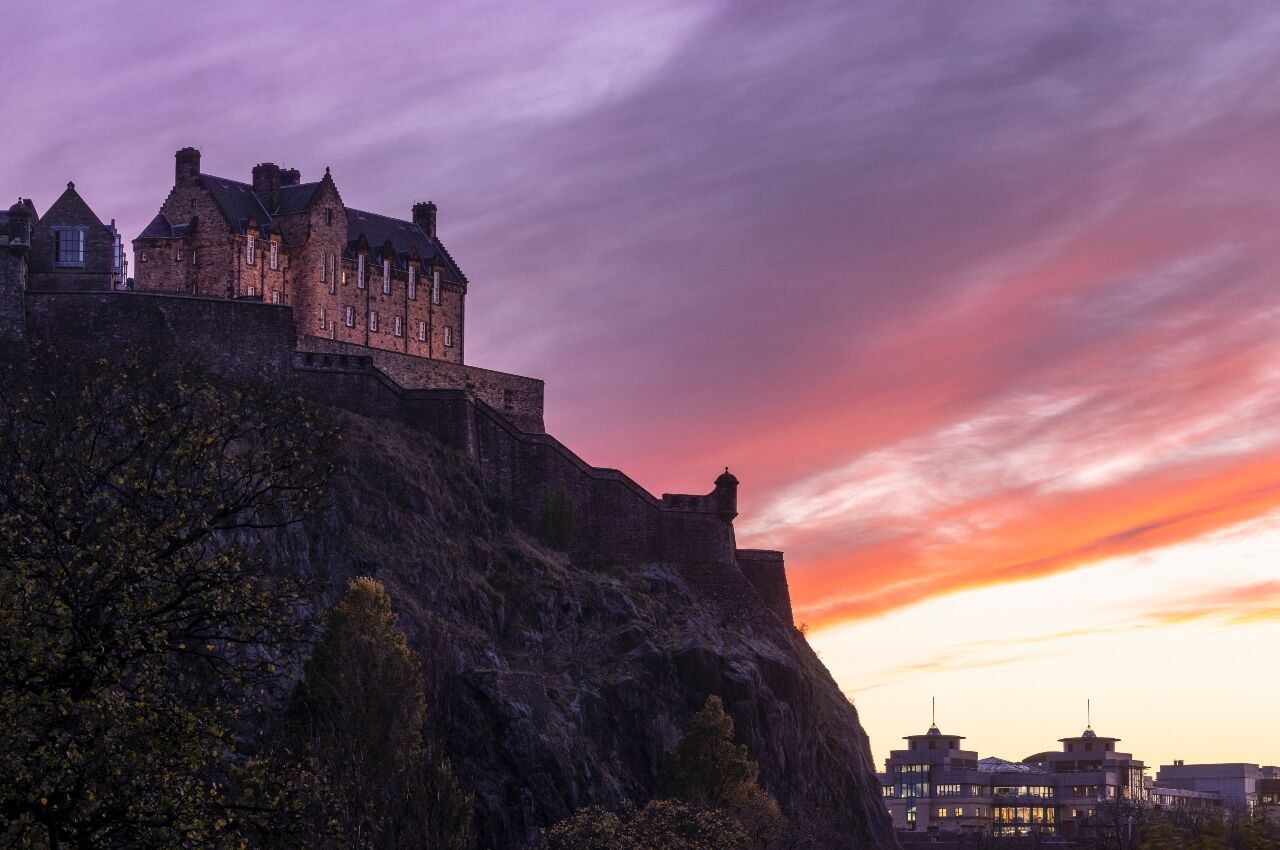 Edinburgh has been the capital of Scotland for more than 500 years, and its topography and architecture are famous around the world. A city of two halves, Edinburgh has been an inspiration to European urban planning with the juxtaposition of the Old and New Towns — both of which have unique characteristics.

The medieval labyrinthine of closes and wynds of the Old Town are steeped with history, and New Town remains one of the best examples of Georgian town planning in Europe. The city is walkable and we recommend taking time to explore the streets of both sides of the city. Arthur’s Seat, a dormant volcano, sits 251 meters above sea level and gives you a superb view over the entirety of Edinburgh. You can walk to the summit of Arthur’s seat in a couple of hours from Hollyrood Park, adjacent to the Queen’s residence of Holyrood Palace. 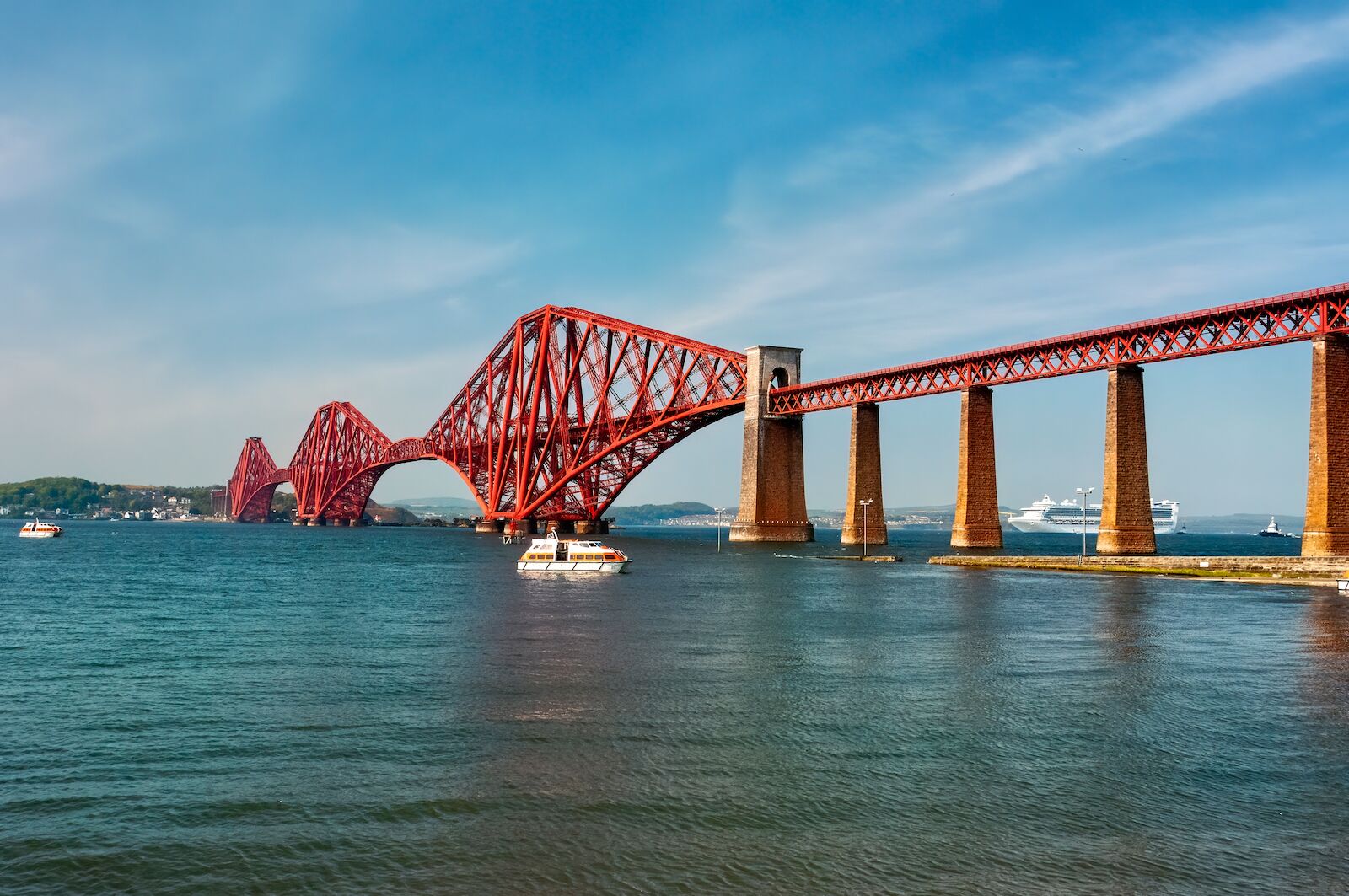 The Forth Bridge is a railway bridge that crosses the Forth estuary. At the time of construction, it was the world’s longest rail bridge, spanning 541 meters. It was awarded World Heritage status in 2015 as a masterpiece of Scottish engineering. It remains a working bridge carrying passengers on the national East Coast Main Line. If you’re traveling north from Edinburgh, you’ll either experience the crossing or see the bridge from the adjacent Forth Road Bridge. Below the impressive structure, you’ll find the seaside town of Queensferry, which has great local pubs for lunch and boutiques. 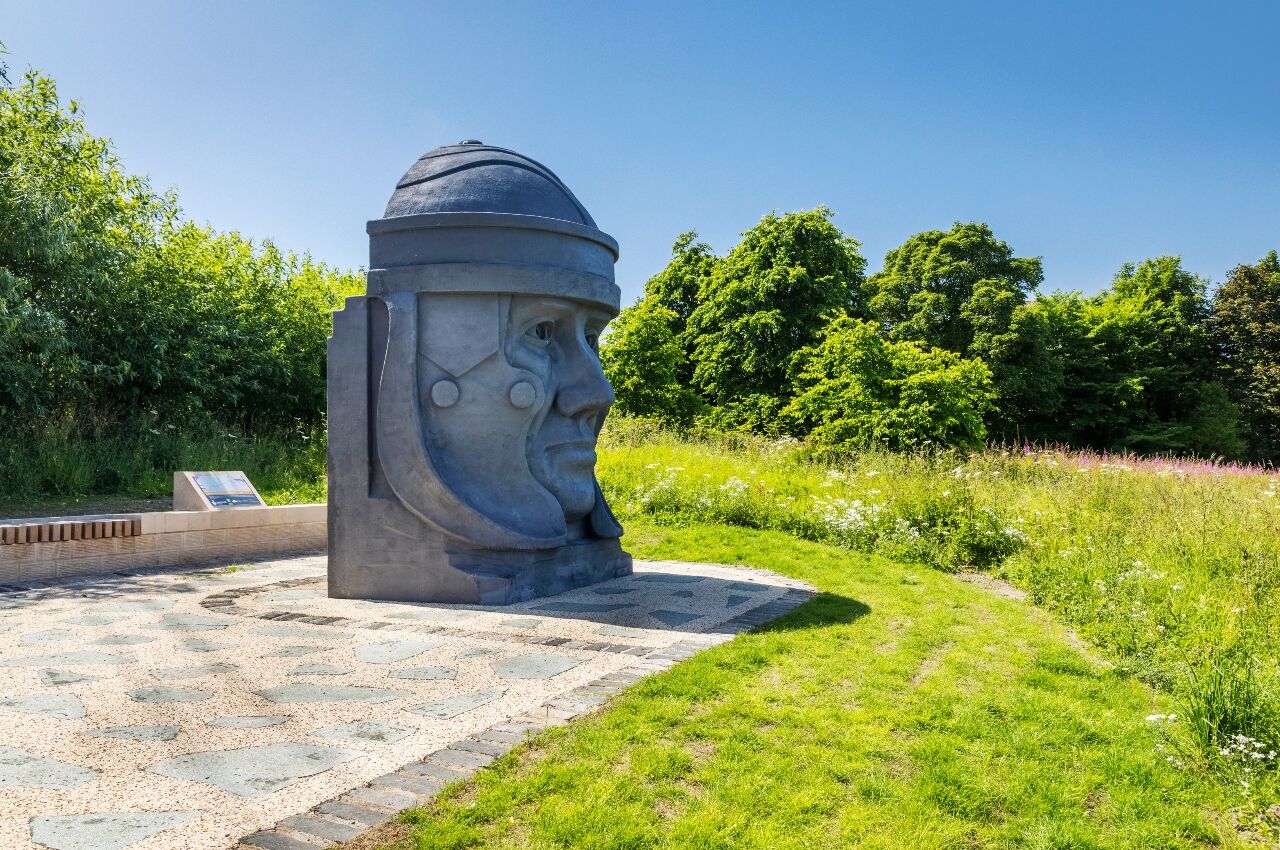 Built around 142 AD, The Antonine Wall was the northernmost frontier of the Roman Empire. Today, remains can be found from Old Kilpatrick, a village in West Dunbartonshire, all the way to the seaport town of Bo’ness on the east coast. This impressive engineering feat can be viewed at several main locations over the 37 miles of the wall’s length. Visitors can drive the route in either direction. Or, if you’d rather take in the beautiful countryside of the central belt of Scotland, you can walk or cycle. The popular coast-to-coast walking route, The John Muir Way, crosses parts of the Antonine Wall. 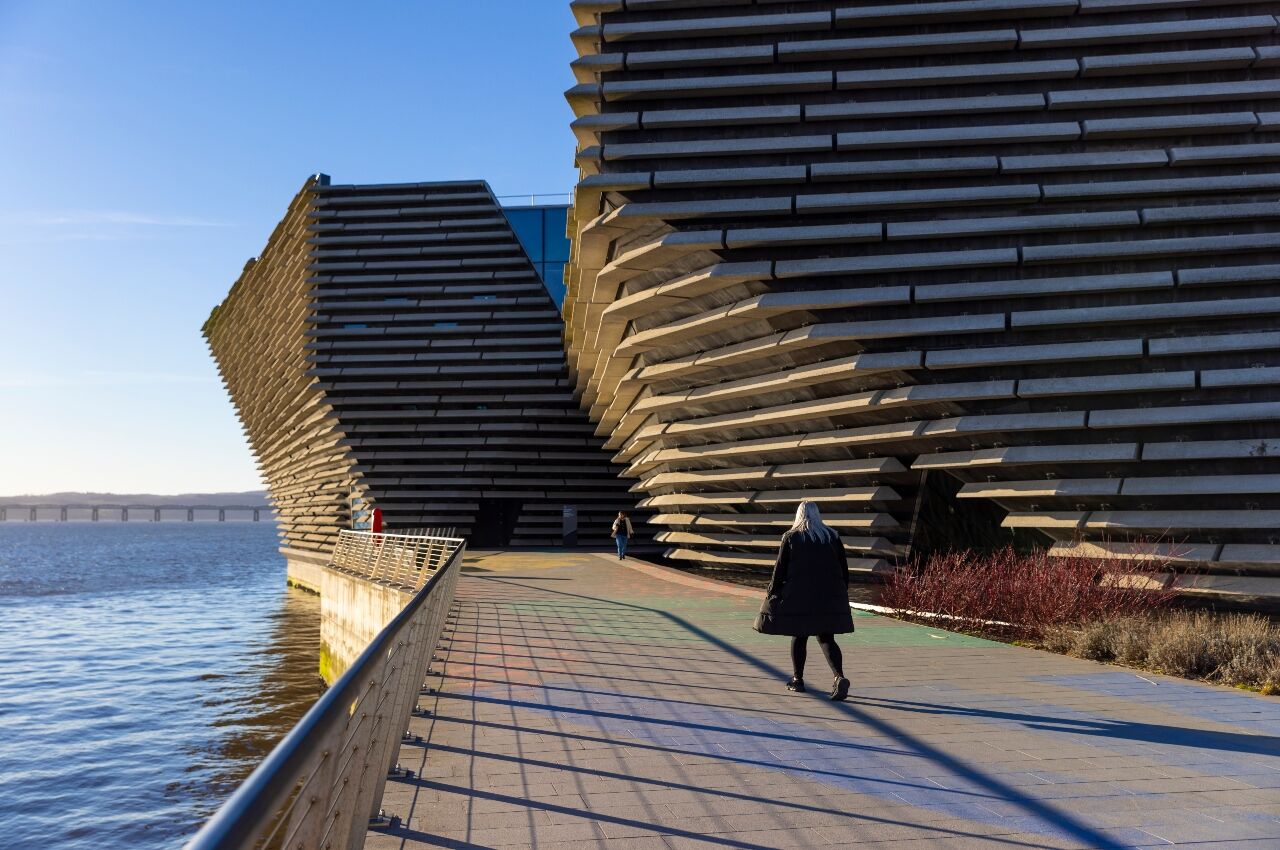 Dundee became the UK’s first-ever UNESCO City of Design in 2014. The city’s title was awarded for its rich design heritage and its contribution to the fields of medical research, comics, video games, and, of course, being home to the V&A Dundee. The V&A opened in 2018 and is the first outside of London. The museum has a range of ever-changing exhibits that showcase Scottish designers as well as international artists. 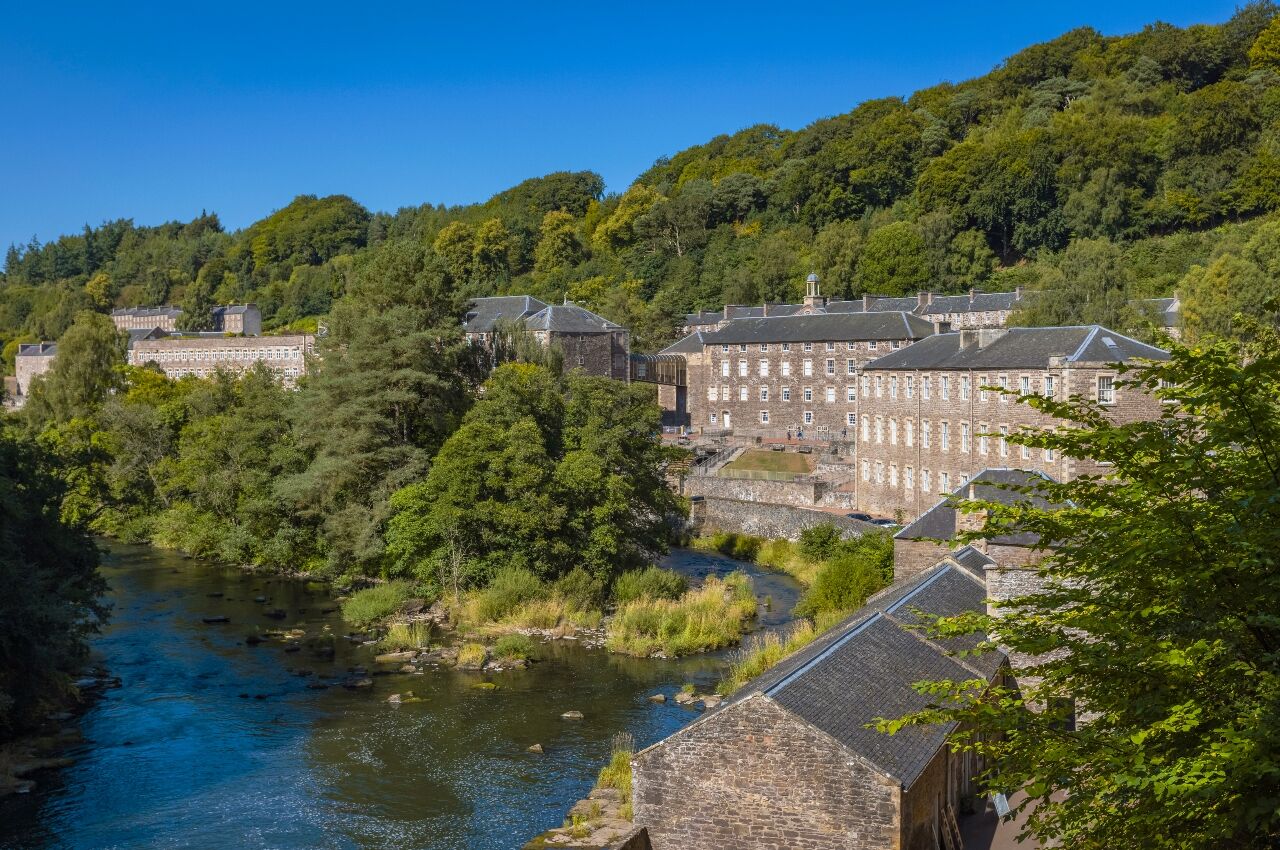 Much like the importance the textile industry played in the history of lowland Scotland, New Lanark, a small picturesque village, contributed to the country’s industrial development with the production of cotton. Here you can learn about how vital key historical figures such as social pioneer Robert Owen helped create fair working conditions in Scotland. Or take an afternoon to enjoy the beautiful surrounding woodlands and explore the mill and other historical buildings at your own pace. 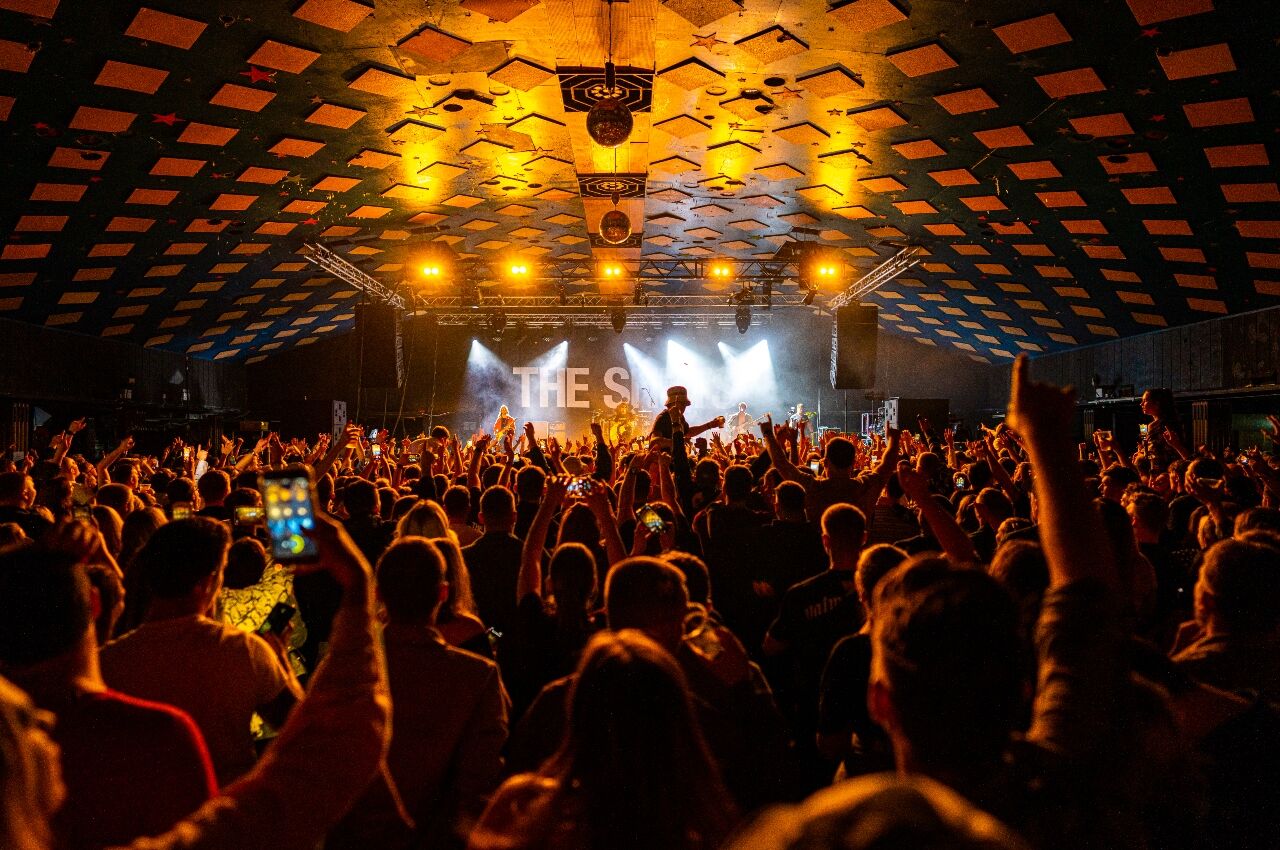 Glasgow has attracted top musicians for decades, with many headline acts stating that Glasgow is one of the best places they’ve performed in their career. While this could arguably be attributed to the world-renowned energy of the crowd, Glasgow is home to outstanding music venues. And while places like The Barrowlands and The Glasgow Royal Concert Hall have an incredible range of concerts and gigs, you can simply walk the streets and listen to some of the world’s most talented musicians. Whether you enjoy classical music, folk, rock, or contemporary pop, you’ll find live music on every given day of the week in this city. 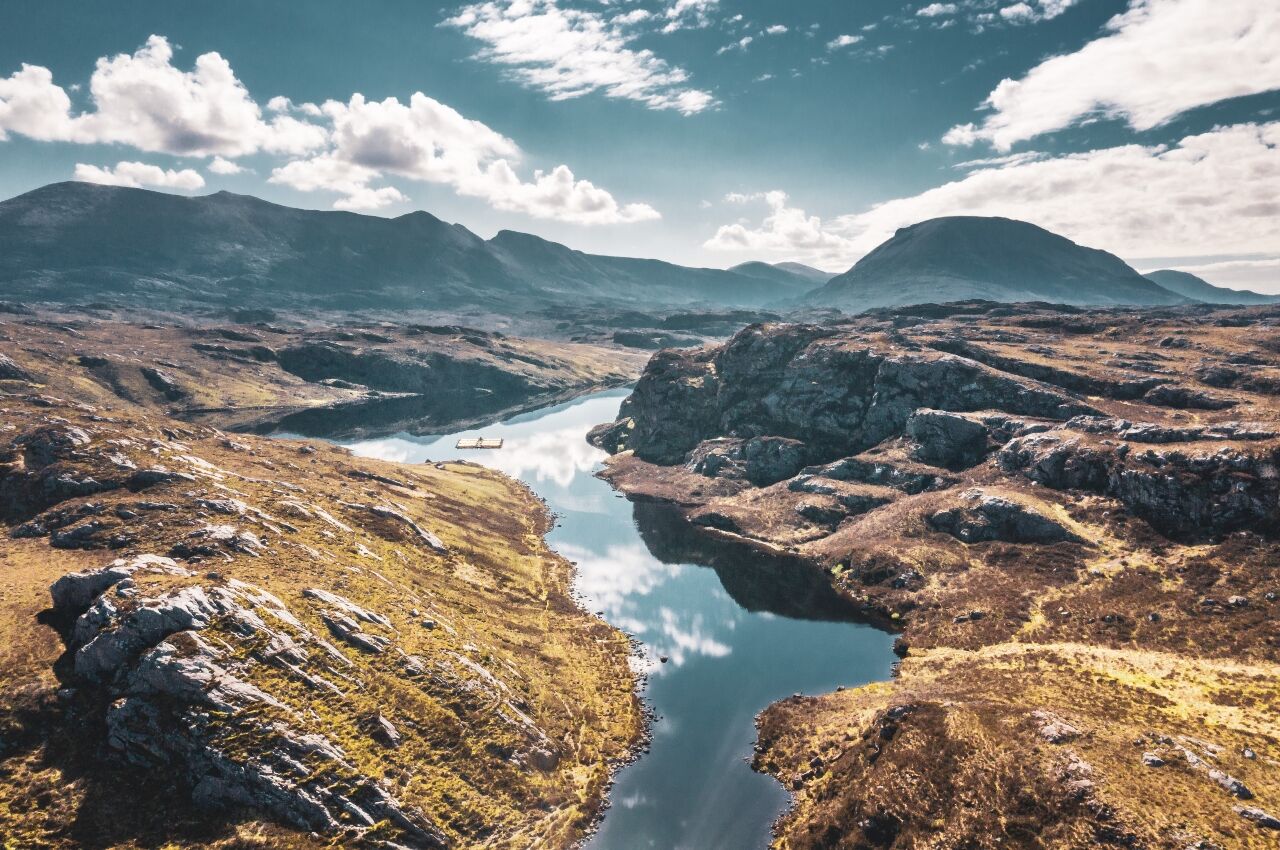 Located in the far north west of Scotland, this region is home to some of the country’s most impressive mountain ranges and coastal landscapes. An outdoor playground of almost 800 square miles, the Geopark is home to diverse geological and geomorphological finds — some of the oldest and most important in Europe. The coast of white sand beaches is ideal for camping and there’s a huge range of walks and hikes for all abilities. We also recommend renting a bike and taking time to explore this stunning landscape slowly on two wheels. 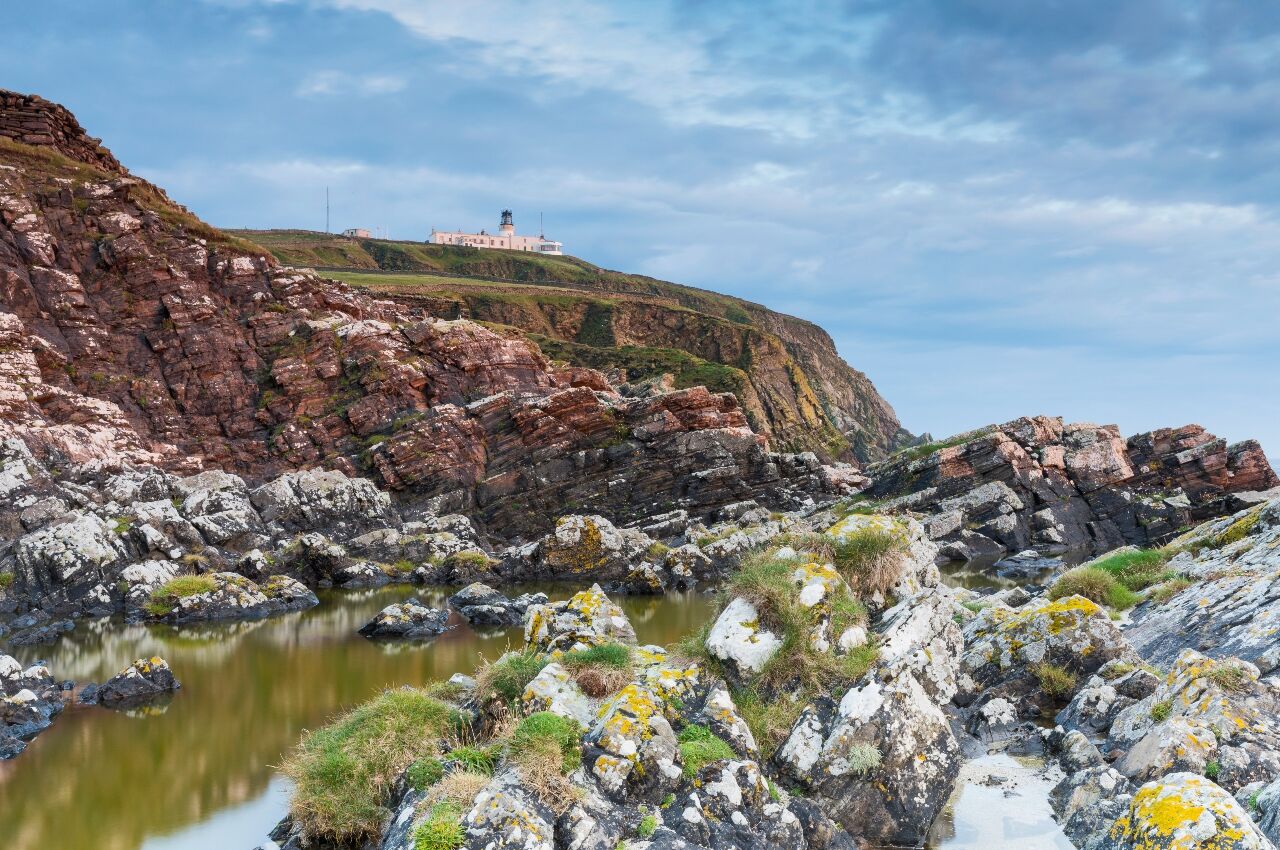 The subarctic archipelago of Shetland is located between Norway and mainland Scotland. Shetland UNESCO Global Geopark groups over 100 islands and is deemed by UNESCO as “more geologically diverse than any similar sized area in Europe.” But it’s not just its dramatic natural beauty that draws people to explore this unique landscape. This region of Scotland has fascinating history and culture, too. You can learn about the customs and traditions of Shetland, and how people lived, and still do, in this remote part of the world by taking time to talk with locals and visit various museums and exhibitions. 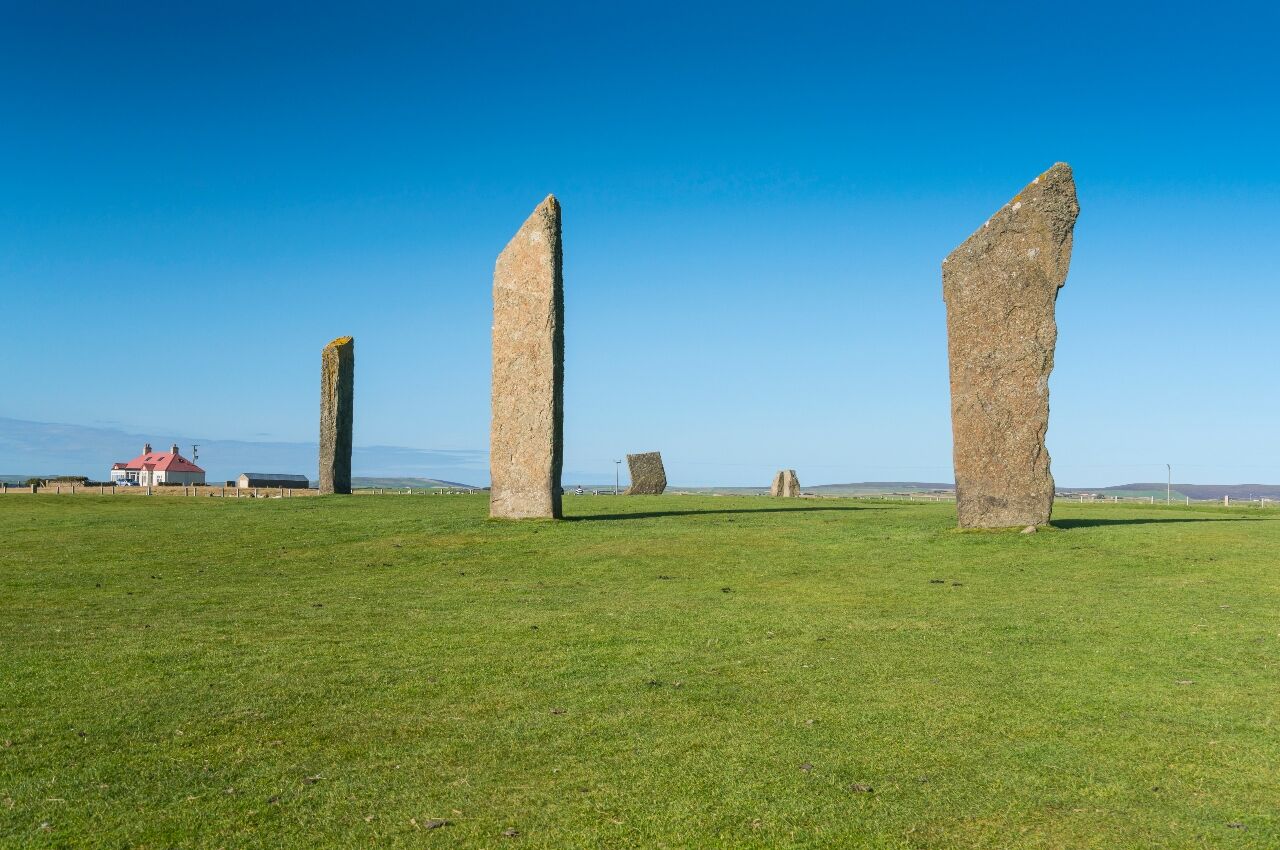 Orkney has some of the most fascinating archeological sites in the United Kingdom. Dating back to the Neolithic period some 5,000 years ago, monuments remain at four key sites near Stromness on Orkney’s mainland. These extraordinary examples of Neolithic architecture include Skara Brae, a domestic settlement, Maeshowe, a chambered tomb, The Stones of Stenness, standing stones, and The Ring of Brodgar (another impressive standing stone circle). These remarkable displays of sophisticated early civilization are breathtaking and can be visited year-round with a guide or independently. We recommend experiencing the stone circles at various times of the day as differing light (and weather) can drastically change your experience. 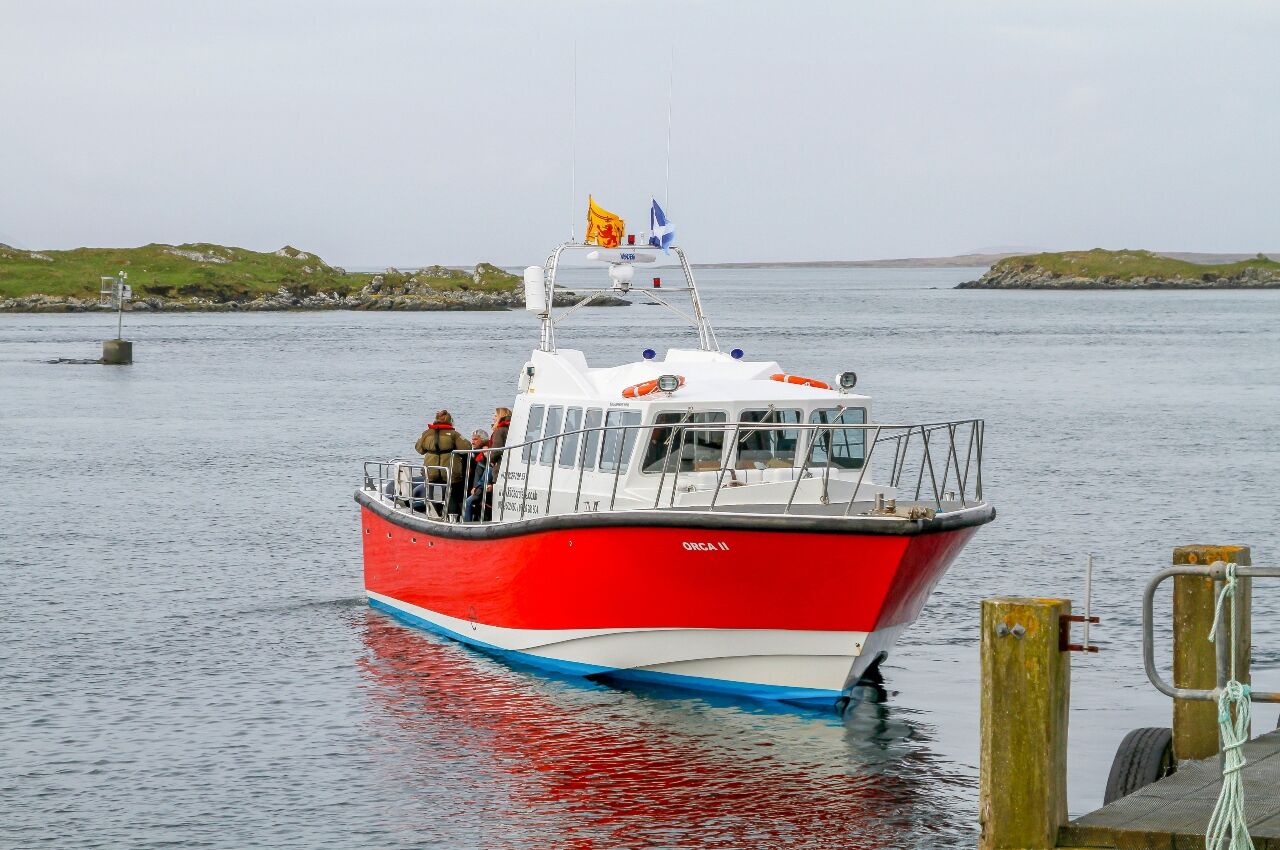 The otherworldly St Kilda archipelago, in the Outer Hebrides of Scotland, dramatically juts out of the North Atlantic Ocean. Composed of five islands — Hirta, Dùn, Soay, Boreray, Levenish — and a few smaller inlets, St Kilda is home to the largest colony of Atlantic puffins on the British Isles. The remote volcanic landscape is a crucial habitat to nearly one million seabirds, which nest on some of the tallest cliffs in the UK. The islands have been uninhabited since 1930 but the extraordinary biodiversity of this World Heritage Site can be visited on a day trip. Boats leave Leverburgh harbor on the isle of Harris daily.