Tracing your finger along the latitude lines of a globe reveals countless surprises — Scotland is as far north as Alaska? More than half of Chile is farther south than South Africa? But have you ever wondered which places around the world have the same climate as your hometown?

Reddit user Trampolinebears recently shared this map of United States comparing its climates to those of other regions. While living closer to the equator generally promises warmer weather, this map reveals that the climate range can be a lot greater than you might think. Who knew that a winter in Kentucky is as cold as one in Scotland, or that parts of Texas are wetter than London? I’ll tell you who: Trampolinebears. 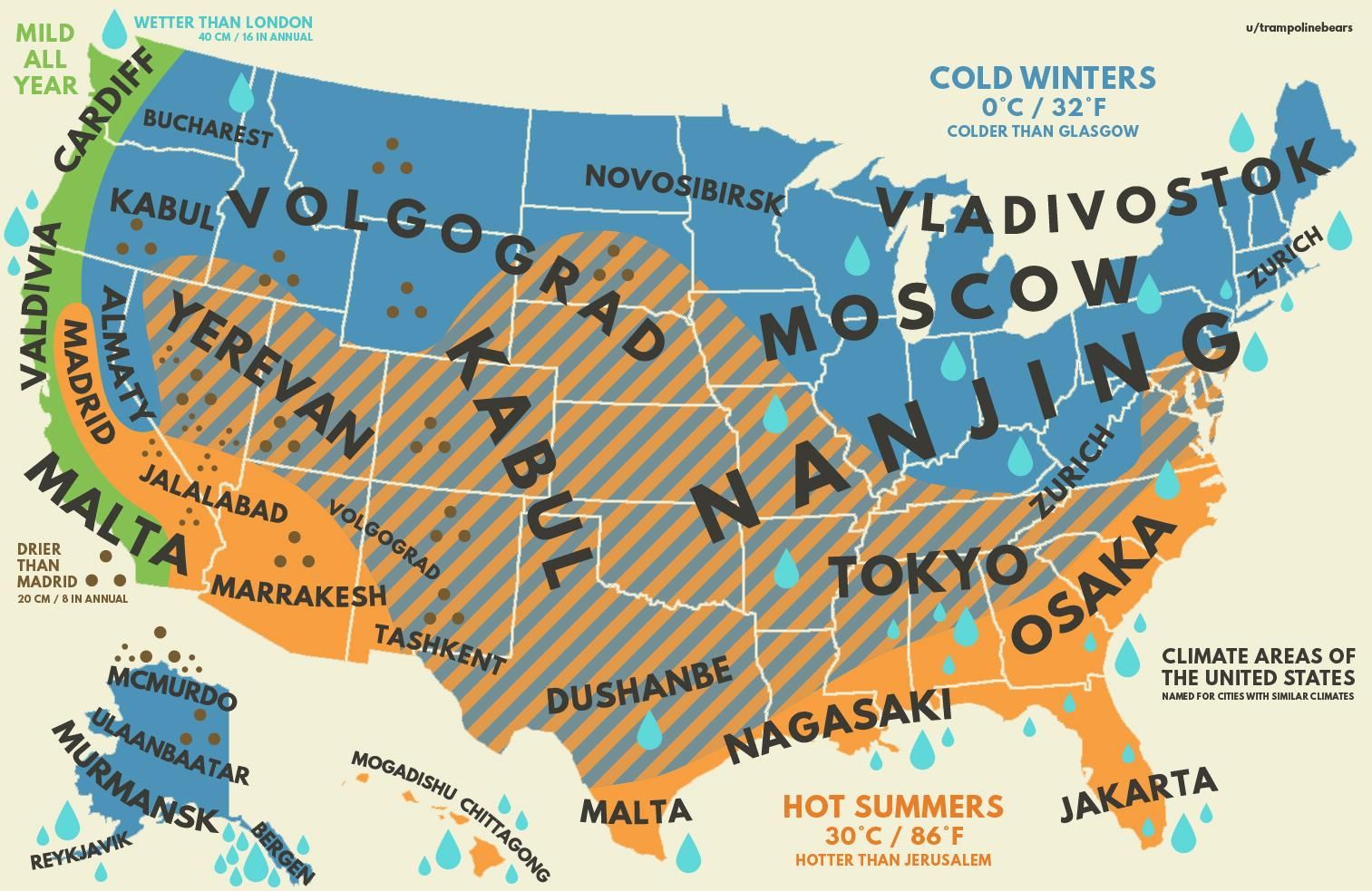