Veganism isn’t just for incense-burning yogis anymore. Now, your bro who went a little too hard in Vegas comes back talking about, “I’m going vegan for a few weeks; I need to clean out,” like he’s pledging to take up running. Even the fried chicken joint on the corner has a little section of its menu dedicated to vegan options. So maybe it shouldn’t come as a complete surprise that there are entire vacation packages based around sampling vegan cuisine.

Thanks to Vegan Food Tours, the first company to run vegan walking tours in multiple cities, you can explore food capitals like London and Barcelona. For longer vacations, you can also eat your way through cheese-happy Italy or fish-infused Thailand without touching an animal product. Or even take a vegan safari. We scoured the globe for the best food tours for vegans and found 11 that’ll appeal to everyone. 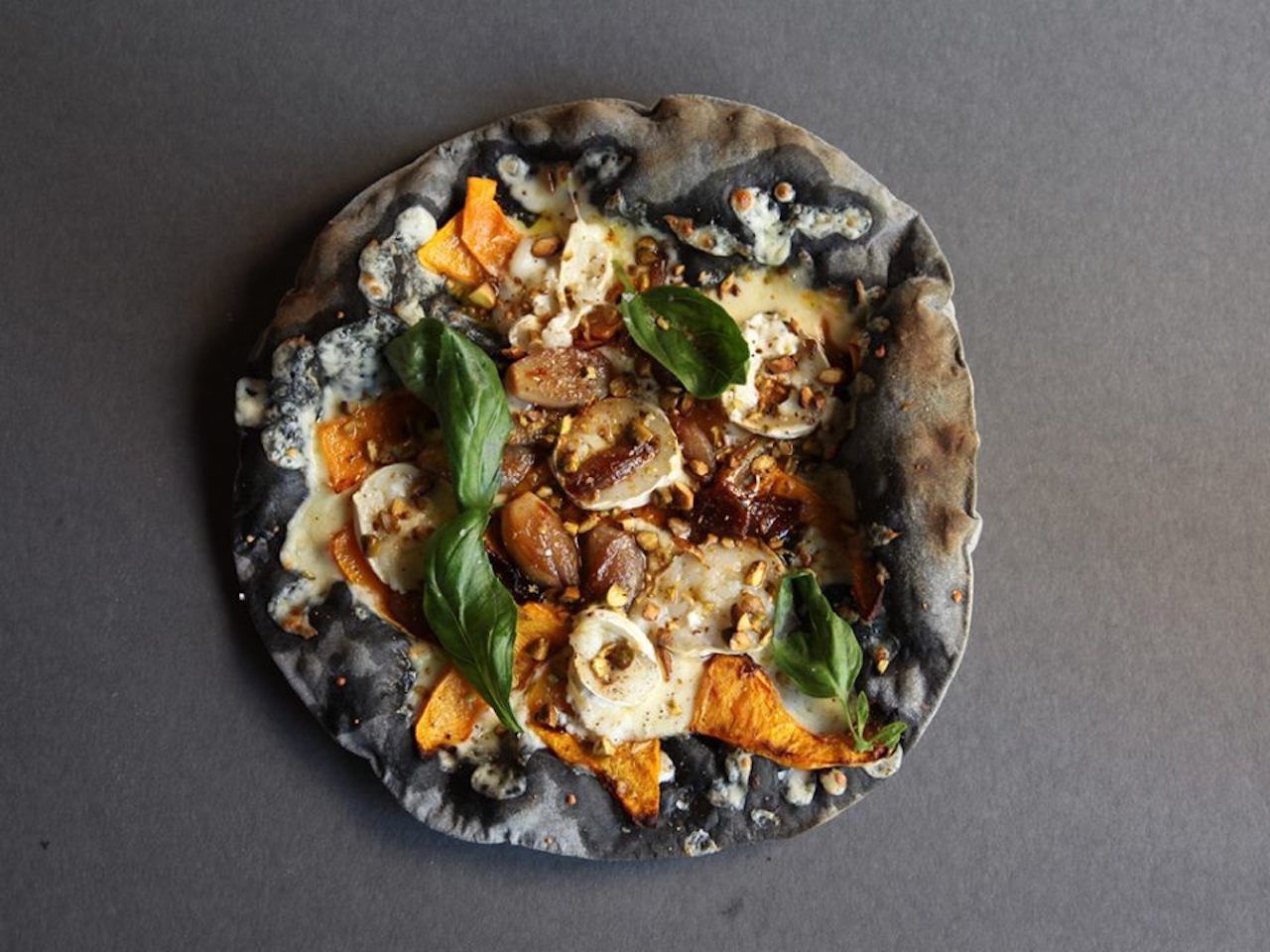 Catalan cuisine isn’t ALL shellfish and cured pork. There are olives too! Actually, Barcelona has a ton of spots for vegans, and a three-hour walking tour with Vegan Food Tours takes you through the best ones in Barca’s most popular neighborhoods. Start just off La Rambla and stroll through El Raval, El Barrio Gothic, and El Borne, marveling at the architecture while dining on plant-based tapas. You’ll find vegan takes on stuff like paella and patatas bravas, as well as vegetable dishes that outshine anything made with meat. 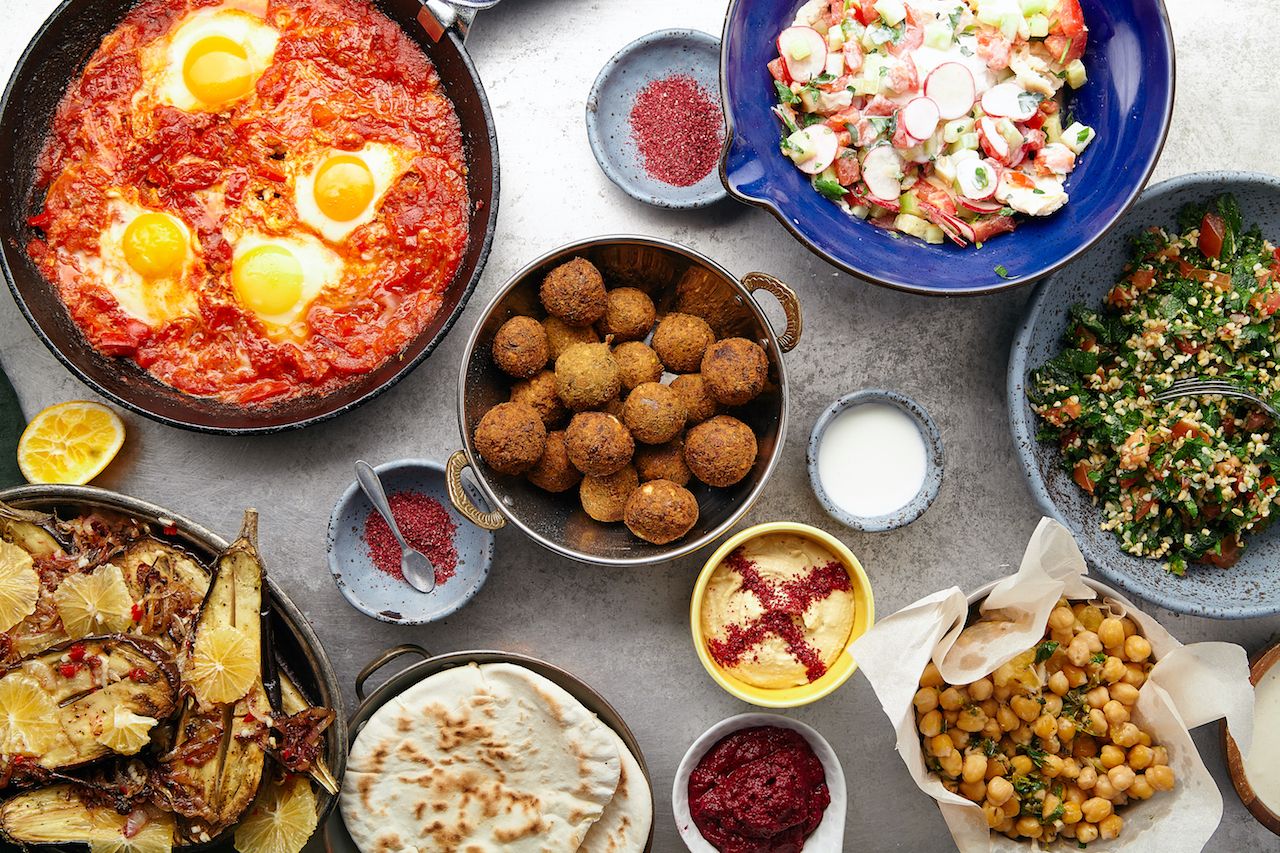 When your national food is ground chickpeas deep-fried and served with a salad, it’s easy to become the most vegan-friendly nation in the world. Needless to say, touring Israel is easier for vegans than, say, Texas. Still, if you want a trip where you won’t have to ask a single restaurant how they make their pita, try Yarkon Tours’ eight-day Israel itinerary. You’ll kick off the week with a vegan feast in Tel Aviv, then move on to a vegan tour of Jaffa’s famous market. On the complete trip, you’ll learn about olive oil production, go wine tasting in the Golan Heights, and hit all the holy sites in Jerusalem with vegan dinners at Tmol Shalom and The Eucalyptus. 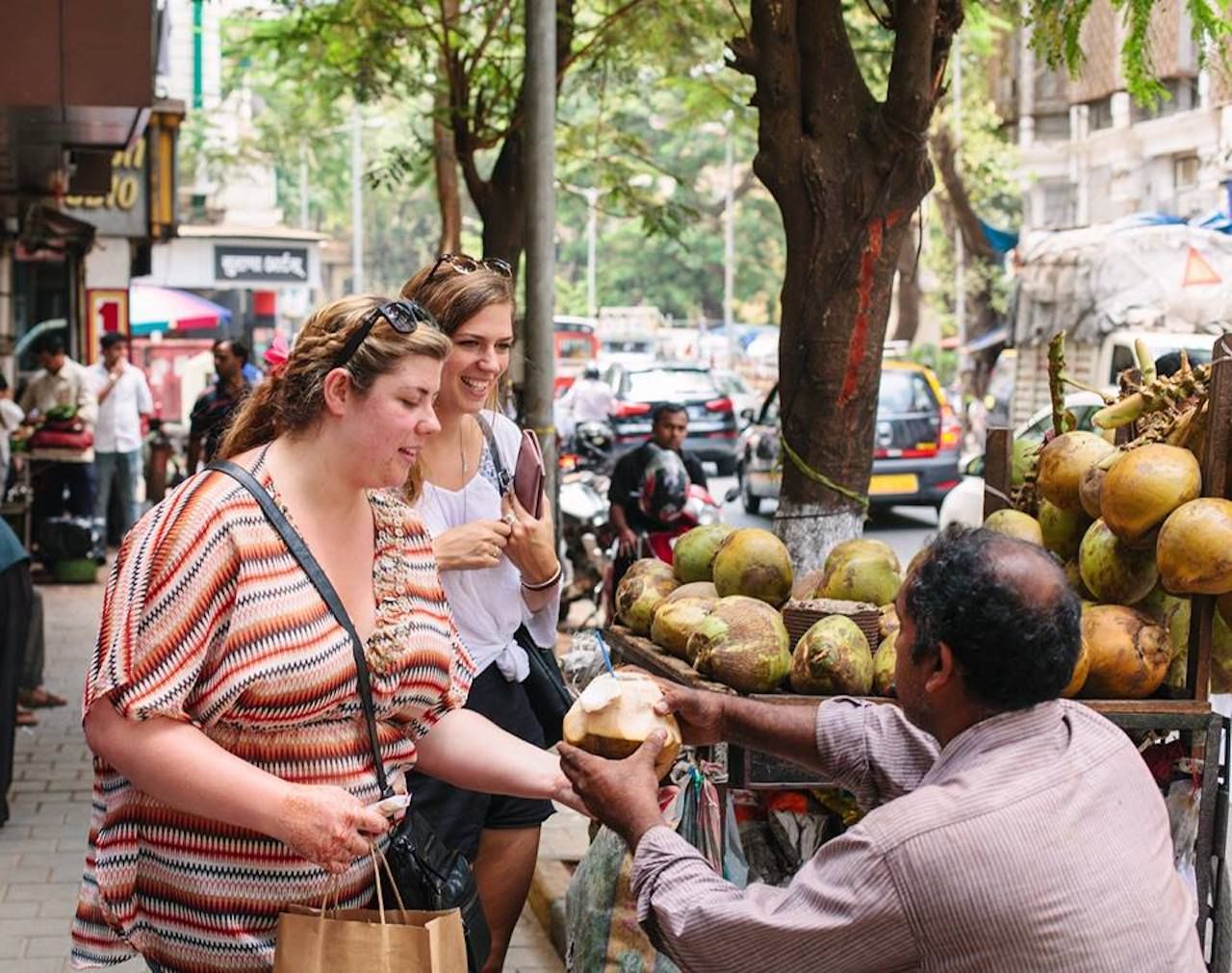 Indian cuisine has long been a favorite of vegetarians thanks to its focus on sauces, spices, and vegetables in many of its staple dishes. India’s such a logical destination for vegans, Intrepid Travel’s initial vegan tours sold out in weeks this year, though thankfully they’ve added a slew of new departures.

The tour runs through Delhi, Agra, and Jaipur, where you’ll tour the cities’ less-traveled areas, tasting vegan street food you’d likely never discover otherwise. Then stay in the Castle Kanota in Rajasthan, where you’ll get a vegan feast and vegan cooking classes from locals. The whole thing is run by a team of vegan influencers from the UK, Canada, and Australia who worked with residents to come up with the ultimate itinerary. 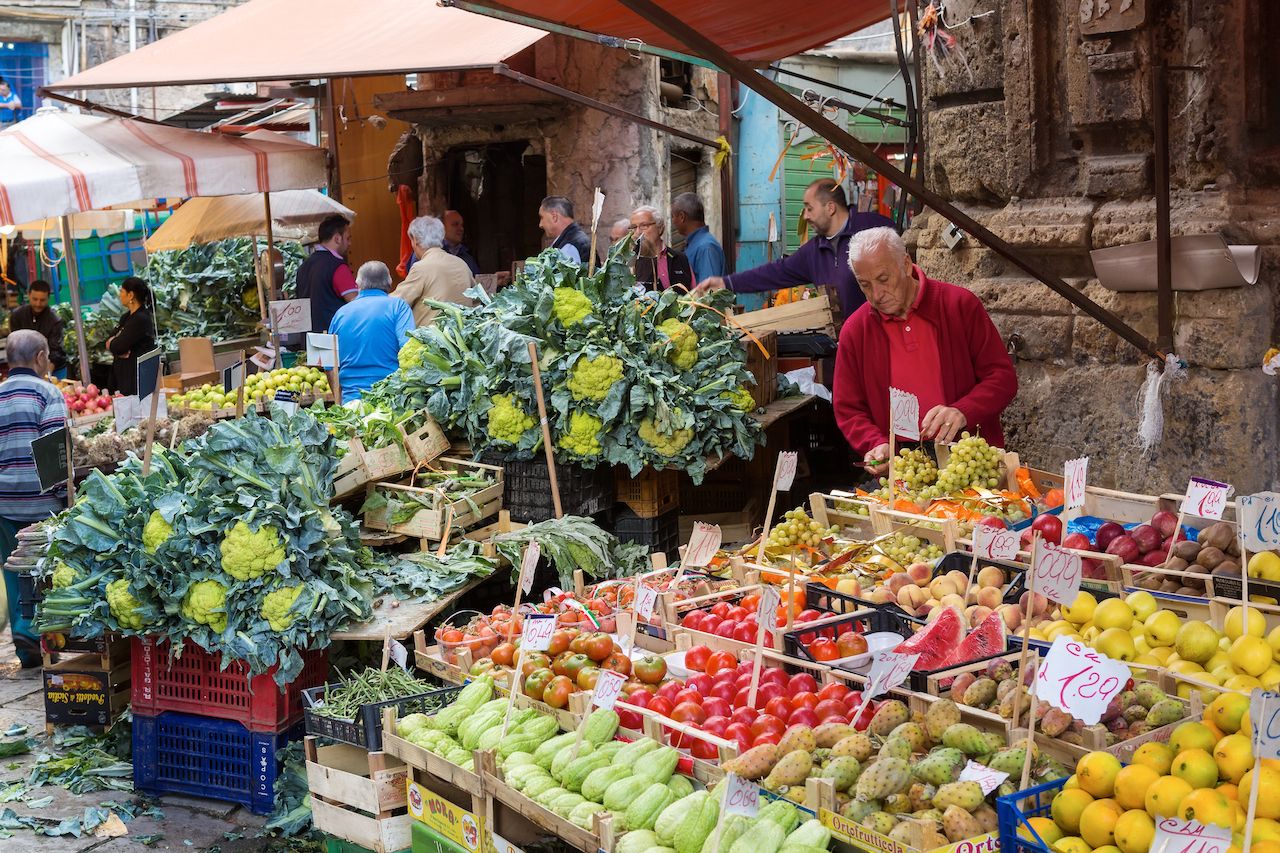 There’s no shortage of city-specific vegan tours in Italy. Vegan Food Tours runs a three-hour trip through Rome’s Monti neighborhood sampling vegan pizzas, antipasti, and pasta (most pasta is just flour and water, after all). Vegan Jaunts and Journeys will also be hosting a 10-day trip May 4-13 through Rome, Florence, Venice, and Bologna, though details won’t be available until April.

For the vegan who likes to plan things in advance, Intrepid has an eight-day Italian vegan food tour through Venice, Bologna, San Gimignano, and Rome, which includes two nights at an all-vegan Tuscan villa. You’ll also get to dine in Venice’s first all-vegan restaurant, La Tecia Vegana, and another one in Rome that’s been in business for 30 years. 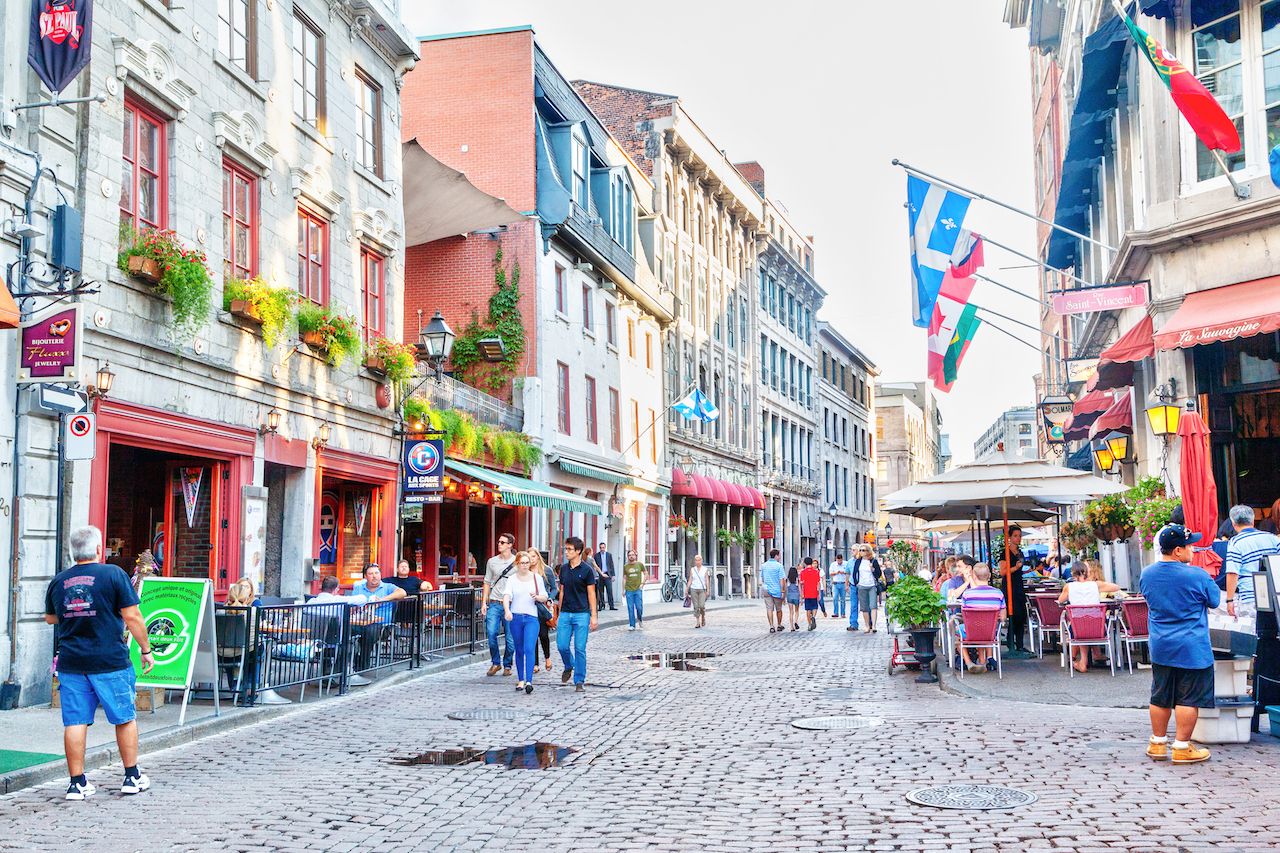 A city best known for its egg-heavy bagels and smoked meat sandwiches isn’t an obvious vegan paradise, but Mountreal’s Round Table Tours offers a bike tour of the city that delves into its sustainable eating practices. You’ll roll through Montreal’s green alleyways, passing urban farms, mushroom growing sites, and beekeepers. You’ll also visit two urban food production sites and gorge on an eight-course tasting menu at an organic vegan restaurant. Make sure to book this one during festival season, though, as it only runs from May to October. 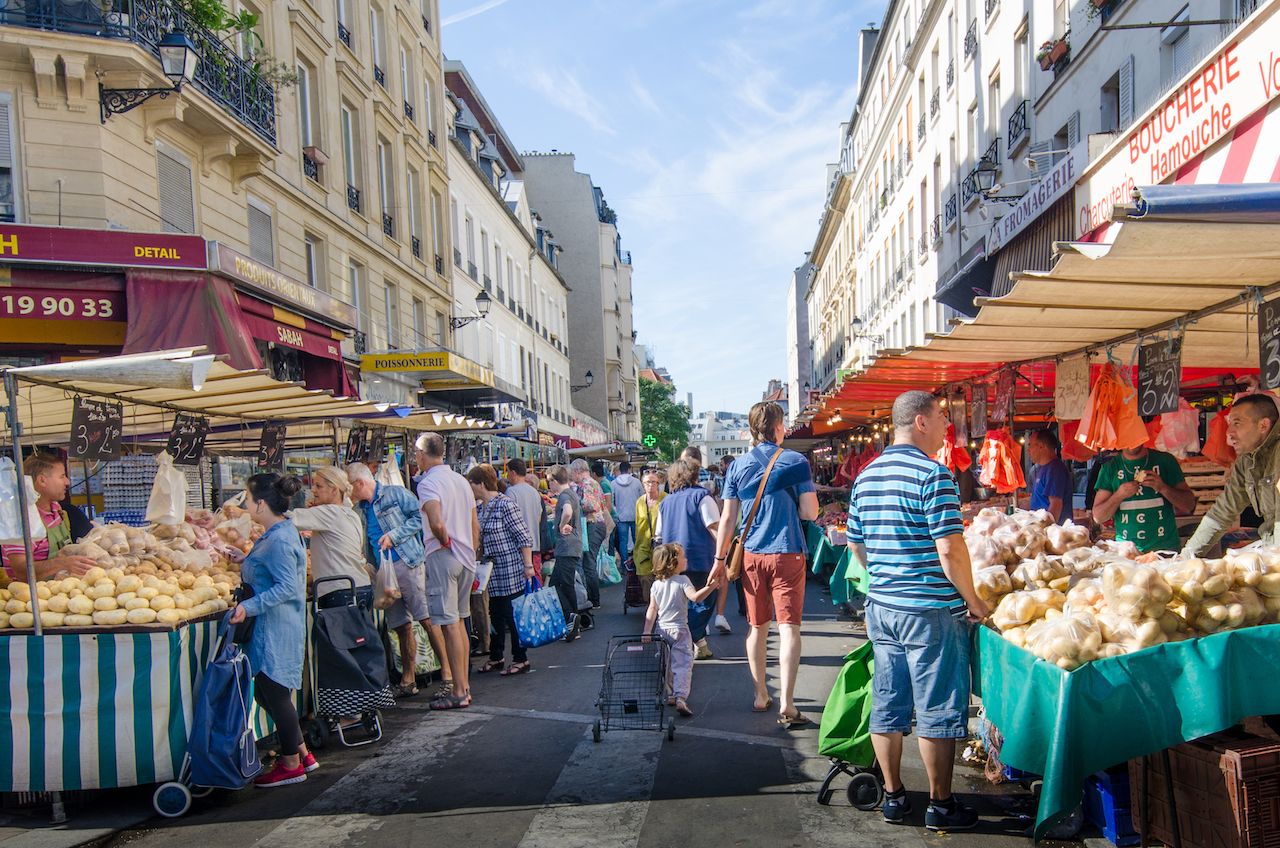 Eating butter-free croissants and splurging on dairy-free cream sauces seems about as good a use of your Paris calories as having a Big Mac on the Champs D’elysee, but dig a little deeper and you’ll find French vegan food can be just as delicious as its dairy-fueled counterparts.

VegNews will prove it to you on its weeklong vegan tour of Paris, where you’ll take vegan French cooking classes, have a picnic at the Eiffel Tower, and generally do all the things non-vegans do when they visit. That includes wine and chocolate tastings, as well as high tea and pastry tours. You’ll also do a moonlight cruise along the Seine, get a private tour of Versailles, and bike through the city’s less-explored backstreets.

Cost: Starting at $4,395 per person for a double occupancy room 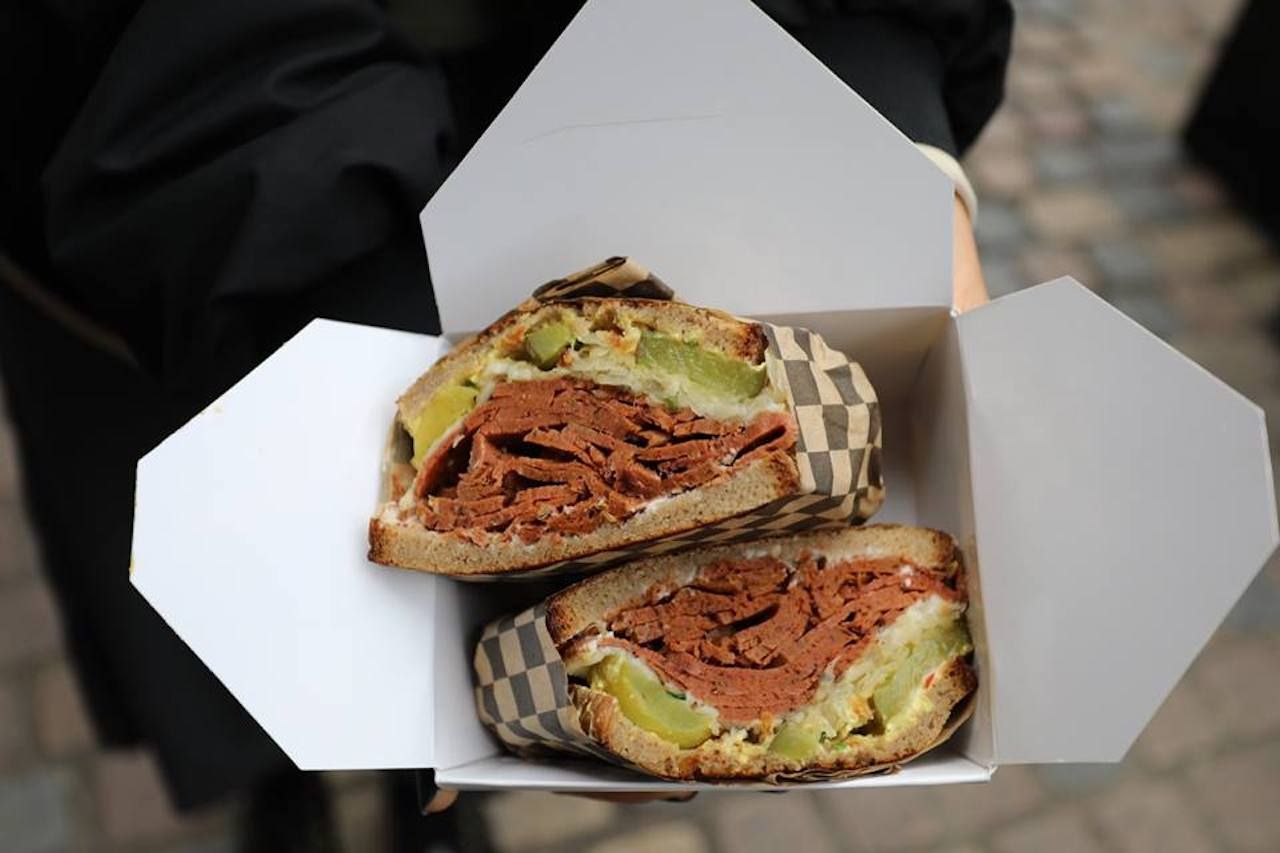 Vegan Food Tours offers a couple of three-hour walking tours of London, hitting Shoreditch and Camden Town for the best plant-based foods in the UK. In Shoreditch, you’ll start at the Old Street tube station, walk past some of Banksy’s most notable works, and enjoy food and drinks from four restaurants in one of London’s best culinary neighborhoods. In Camden, you’ll explore London street food, trying stuff like vegan fried chicken and loaded nachos from stands along famous Camden Market. It’s a bit more chaotic than some other tours on this list, and probably the least healthy. But, if you’re on vacation, that’s kind of the point. 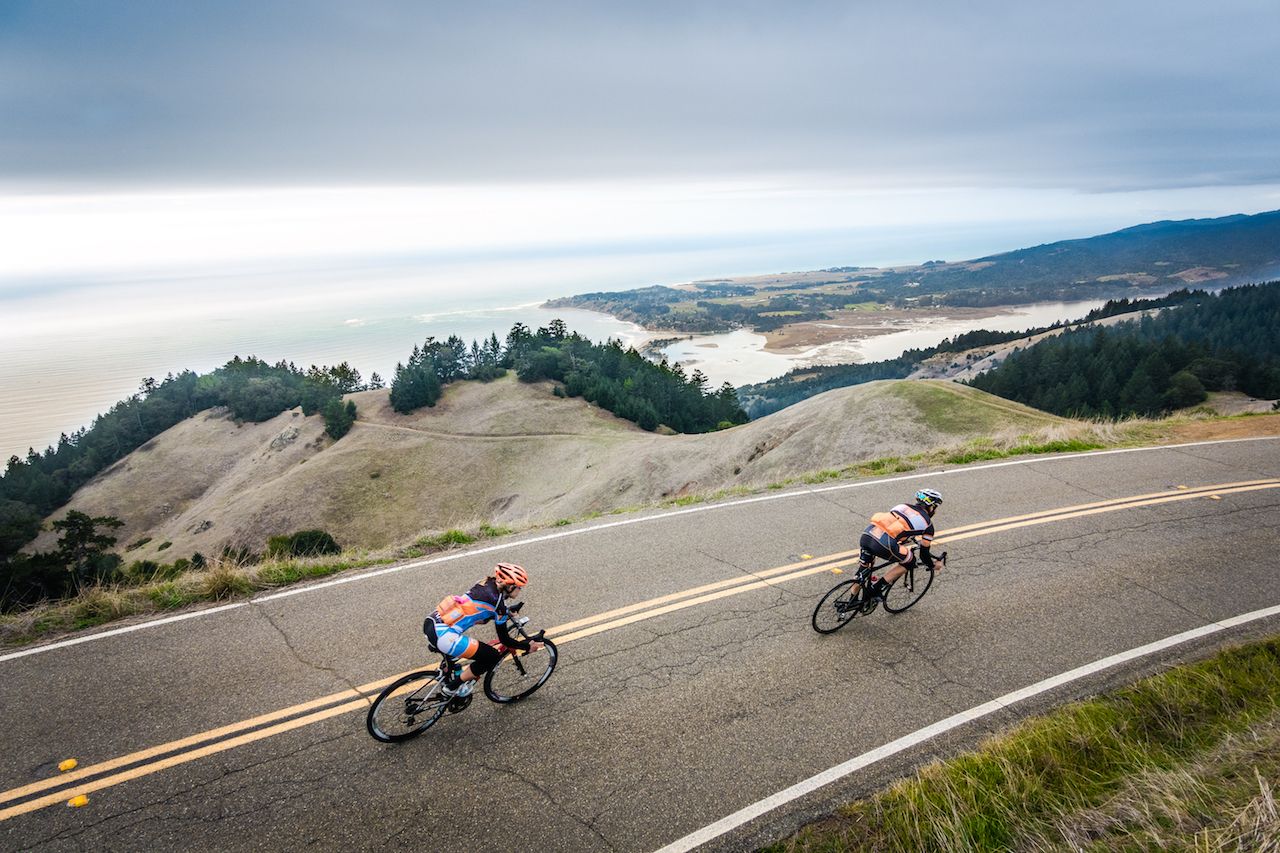 It doesn’t get much more California than bicycling through the hills eating vegan food, does it? Vegan Epicure Travel thinks so, as shown by the company’s vegan eating version of the Amgen Tour of California that goes through the Central Coast, the San Joaquin Valley, and Lake Tahoe before finishing in Sacramento. Though you won’t be riding in the race itself, you’ll be taking the same path, mingling with pro cyclists while you enjoy vegan food from some of California’s best restaurants. And if you find yourself in an inescapable vegan food coma, there’s a support vehicle to drive you as long as you need. 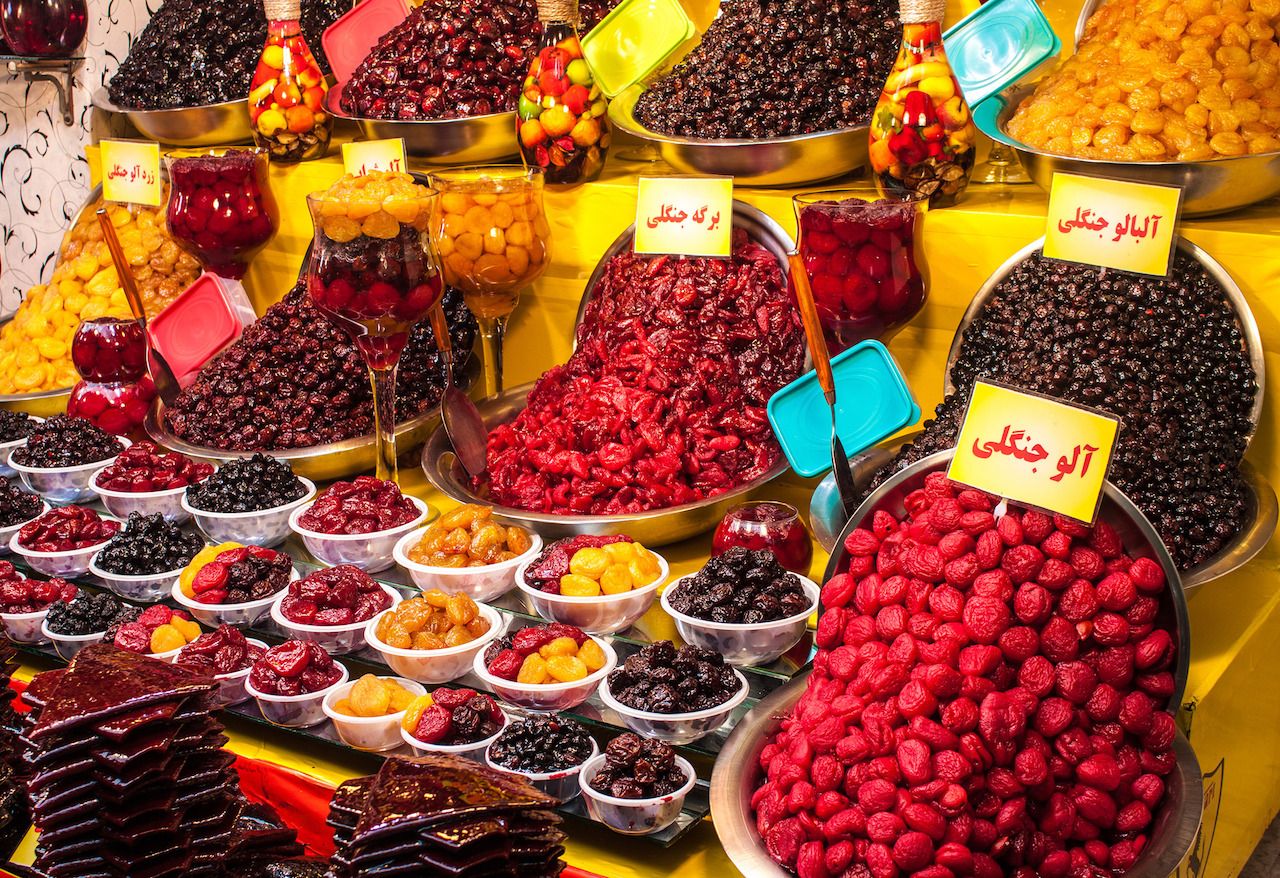 If you needed a sign that Iran was making waves as a 21st-century travel destination, look no further than its first and only vegan tour. These twice-annual trips take you through the fascinating history of Persia and Iran, from the artifacts of ancient capitals to fine art in centuries-old mosques. Over 12 days, you’ll sample vegan Persian food from restaurants, homes, and street vendors and learn how cuisine has helped shape the region’s history. The small-group tours provide a guided way to discover a country some might be a little hesitant to visit while learning about food from people you’d never otherwise meet. 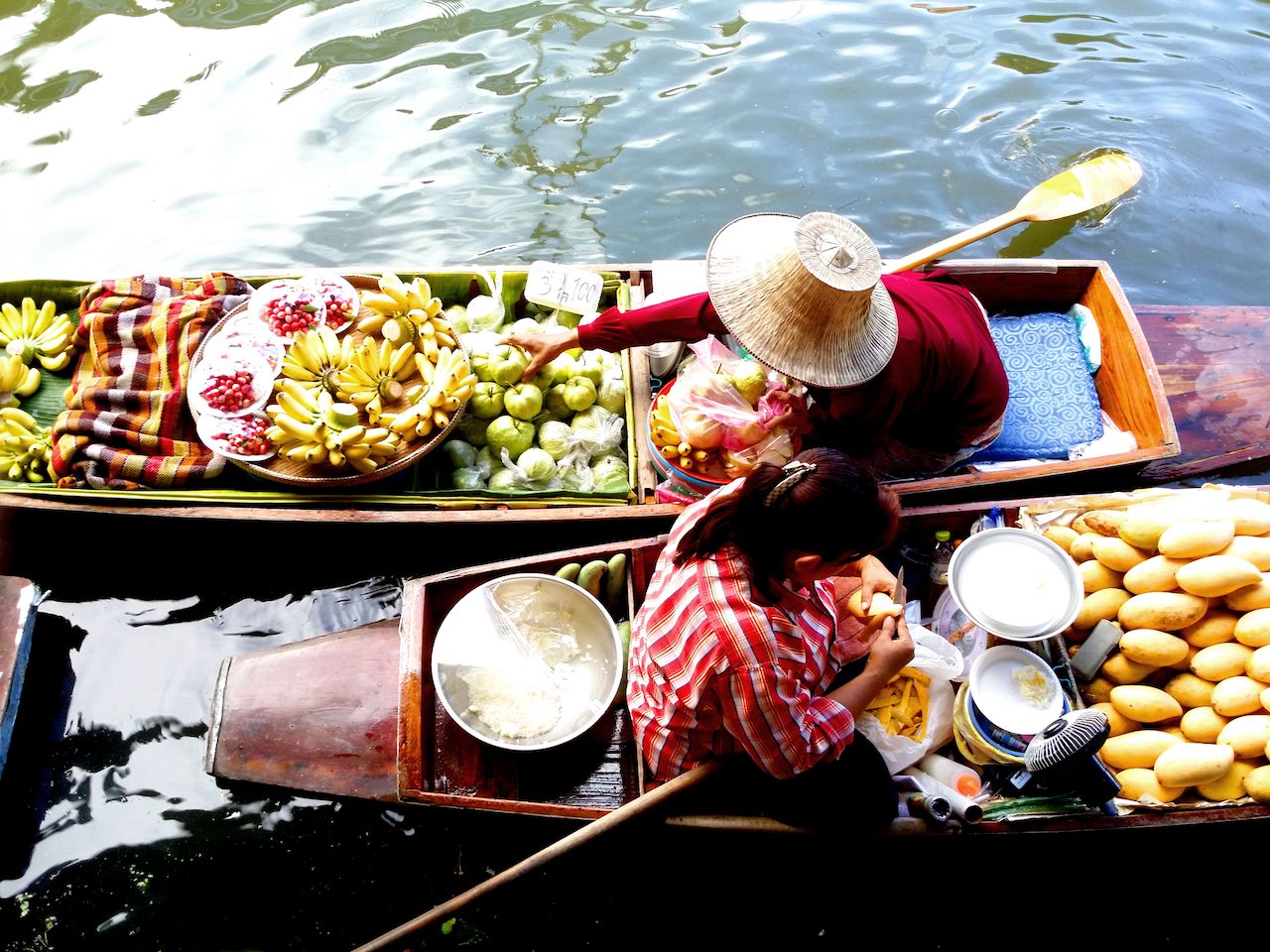 For non-lovers of seafood, Thai cuisine can present a quandary: Nearly every sauce, curry, and noodle dish you order has shrimp paste or fish sauce in it somewhere, and oftentimes the special “vegan pad thai” at the bottom of the menu is your only option. A better option, however, is Intrepid’s eight-day journey from Bangkok to Chiang Mai where you’ll discover what Thai chefs are doing with ingredients like mushrooms, bamboo, and coconut cream. In Kanchanaburi, you’ll visit a local market with a chef to pick fresh vegetables for a meal you create that night. And you’ll visit Bangkok’s famous Chinatown where you’ll discover all sorts of plant-based dishes you hadn’t heard of. 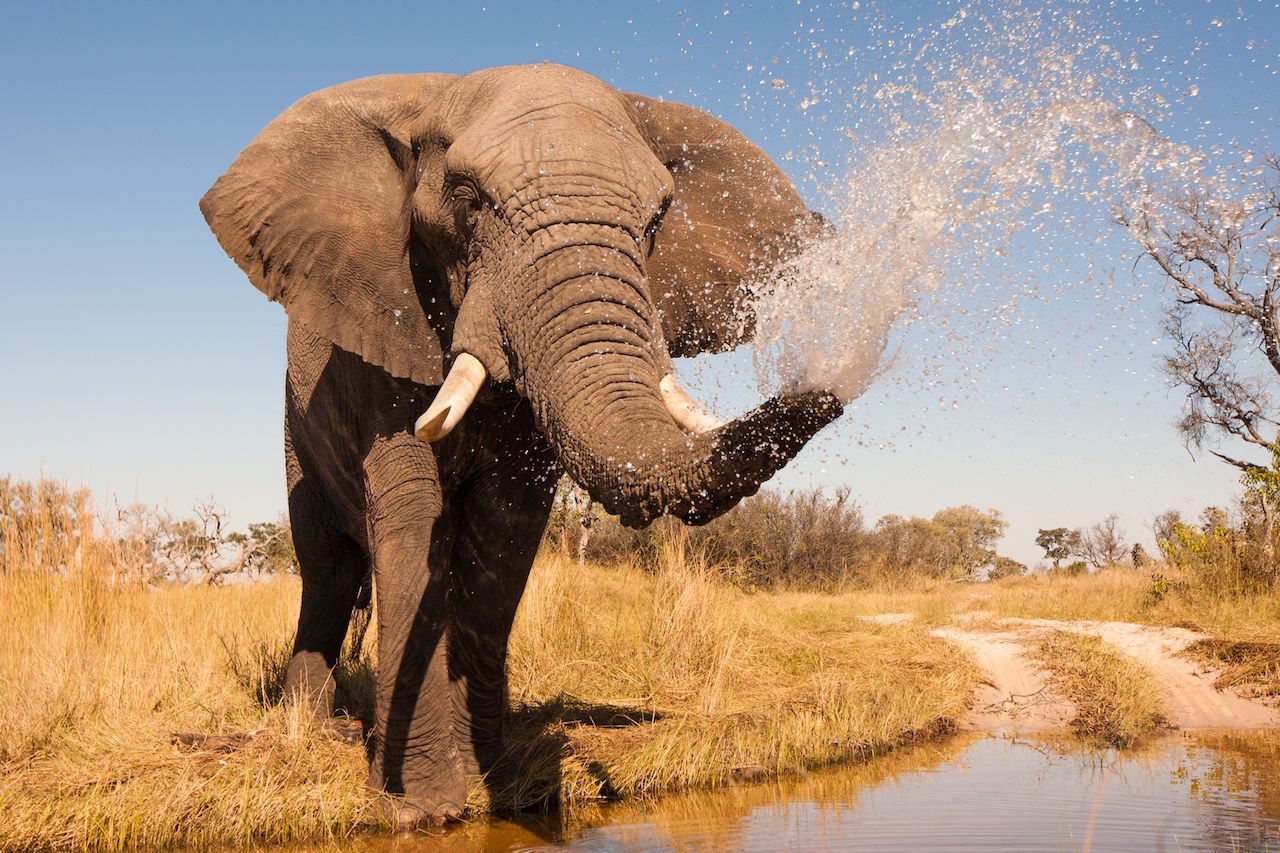 Some might say there’s an inherent conflict in taking a vacation where you spend the day appreciating wild animals, then spend the night eating other ones. Vegan Safari Africa is about loving all animals, and in addition to taking you through some of the most pristine game reserves in Africa, they’ll feed you an all-plant-based diet while you’re there. The trip won’t be without its meat-eating, though, as many guests report witnessing lions stalk and devour a wildebeest, or seeing vultures descend on a fresh kill. But marveling at the food chain while voluntarily removing yourself from it can be a life-altering experience. Or at least a way to see how hard other animals have to work for their food.

VegetarianThe 50 Best US Cities for Vegans and Vegetarians
Tagged
Food + Drink Insider Guides Vegetarian
What did you think of this story?
Meh
Good
Awesome