The Northeast Kingdom might sound like a region of Middle Earth, but despite its almost magical name, the area is much more accessible than anywhere imagined by Tolkein. Located in the northeast region of Vermont, the Northeast Kingdom (or “NEK”) refers to the rural counties of Essex, Orleans, and Caledonia — an often-overlooked region of Vermont defined by its bucolic landscape and smattering of small towns. Though quiet and unassuming, the Northeast Kingdom is a powerhouse of a location for people who love swimming holes, outdoor adventure, colorful characters, and a cultural identity distinct from anything else you’ll find in New England.

Believe it or not, this remote slice of Vermont was once an economic center. The advent of the railroad in the mid-1800s brought growth and prosperity to the region, particularly the towns of St. Johnsbury, Danville, and Lyndonville. Business boomed and the towns transformed into employment hubs. Socialites flocked there, cementing the Kingdom’s emergence from relative obscurity.

When railroads were slowly replaced by the interstate system nearly a century later, the industrial boom began to fade. The Kingdom watched as businesses relocated to larger, more accessible areas with cheaper workforces, and people moved away or fell on hard economic times. A freight train still travels the Connecticut River Line through Lyndonville, serving as a reminder to the fourth or fifth-generation residents of the region’s past.

But in the absence of industry, nature was allowed to prevail in its purest form. The region came to be defined by its sleepy rivers and mountains, slower pace, and towns that evolved free from the stranglehold of industry and development. George D. Aiken, the former governor of Vermont, was so stricken by the area’s distinct geography and way of life that he coined the term “Northeast Kingdom” during a meeting in the 1940s. It resonated so deeply with the people living there that the word stuck, and it’s been proudly used ever since.

A slower pace of life for visitors and residents alike 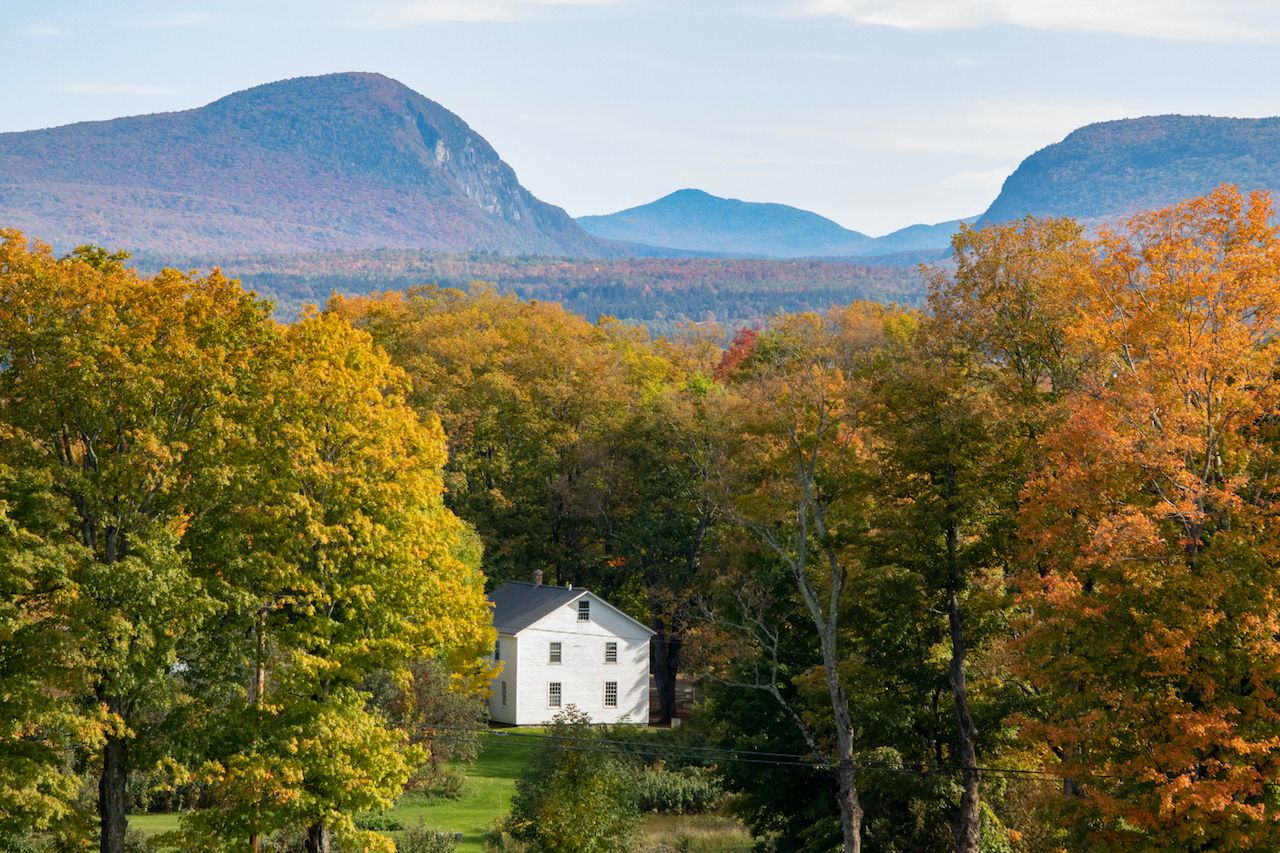 It can often be difficult for a city’s residents to take a step back, consider their home in a broader context, and give it the appreciation it deserves. Not so for residents of the Northeast Kingdom. When you speak to the people who live here, it immediately becomes clear that this isn’t your everyday hometown pride.

Jody Fried, executive director of Catamount Film and Arts in St. Johnsbury, believes the Northeast Kingdom isn’t a place so much as a state of mind. “There’s a feeling you get here that you kind of go back in time,” he tells me. “Visitors always say that this is how they remember other areas, before tourism and development ruined them. There’s just a rugged natural beauty that surrounds you everywhere, and gives you a strong sense of place.”

The area’s distinct personality is also rooted in its diverse landscape and villages. The region is composed of many mountains, ridges, lakes, and rivers and ridges, and along the bodies of water you’ll find little towns bursting with personality.

“The word ‘kingdom’ really is fitting,” Fried says. “It’s a combination of these separate entities that make up the whole.”

Each village throughout the counties is a different experience for visitors, thanks to the slower pace of development relative to the rest of the state.

“The clock hasn’t moved forward as quickly as other places,” Fried said, “in many parts of the country, the distance between towns and cities is closing as more people move in and as land gets developed. Here, however, when you drive from Burke out to Island Pond, you’re going through a significant distance with very little in between. That’s allowed each town to retain a distinct character.”

The town of Burke, for example, is famous for its skiing and the popular Kingdom Trails hiking and biking area. Island Pond, in contrast, is known for its lake, fishing culture, and wildlife. Its more rural and rugged terrain also makes it particularly conducive for ATVing. Despite being a collection of small towns, the area is unified by a common sense of identity, and a pride in the “kingdom” they share.

Being from the NEK is more than just being a Vermonter

Being from the Northeast Kingdom means belonging to a community forged through decades of hardship, hard work, and camaraderie.

“Like many rural areas in the country,” Fried says, “there have been huge economic challenges in the Northeast Kingdom. There’s a history of agriculture here where family farms go back generations, and for multi-generational families especially, there’s a very strong sense of place.”

Michael Strait, owner of the Hearth & Home Country Store in Island Pond, explains that the region is more community focused than the state’s more populated areas, despite its towns being geographically farther apart. Owing to this strong sense of community, and historical interreliance, people are “fiercely protective of the region.”

“When a bordering community tries to use the NEK moniker, they face swift retribution and correction,” Strait says. “Montgomery comes to mind. The businesses in Montgomery often try to claim inclusion in the Northeast Kingdom, as Jay Peak is their market, but people in the kingdom won’t allow it. The kingdom is this mysterious place, far away from everyday life, and its residents take great pride in that.”

Like many rural communities throughout the country, the Northeast Kingdom is also defined by its more conservative mindset. This might pass unnoticed if the region wasn’t located in one of the most liberal states in the country.

“The Northeast Kingdom’s more conservative mindset is the result of a strong sense of individualism,” Fried says. “It dates back to the tradition of remoteness, and having to rely on ourselves or our neighbors. There’s a sense of taking care of each other, because no one else is going to do it for us.”

What to do in Vermont’s Northeast Kingdom 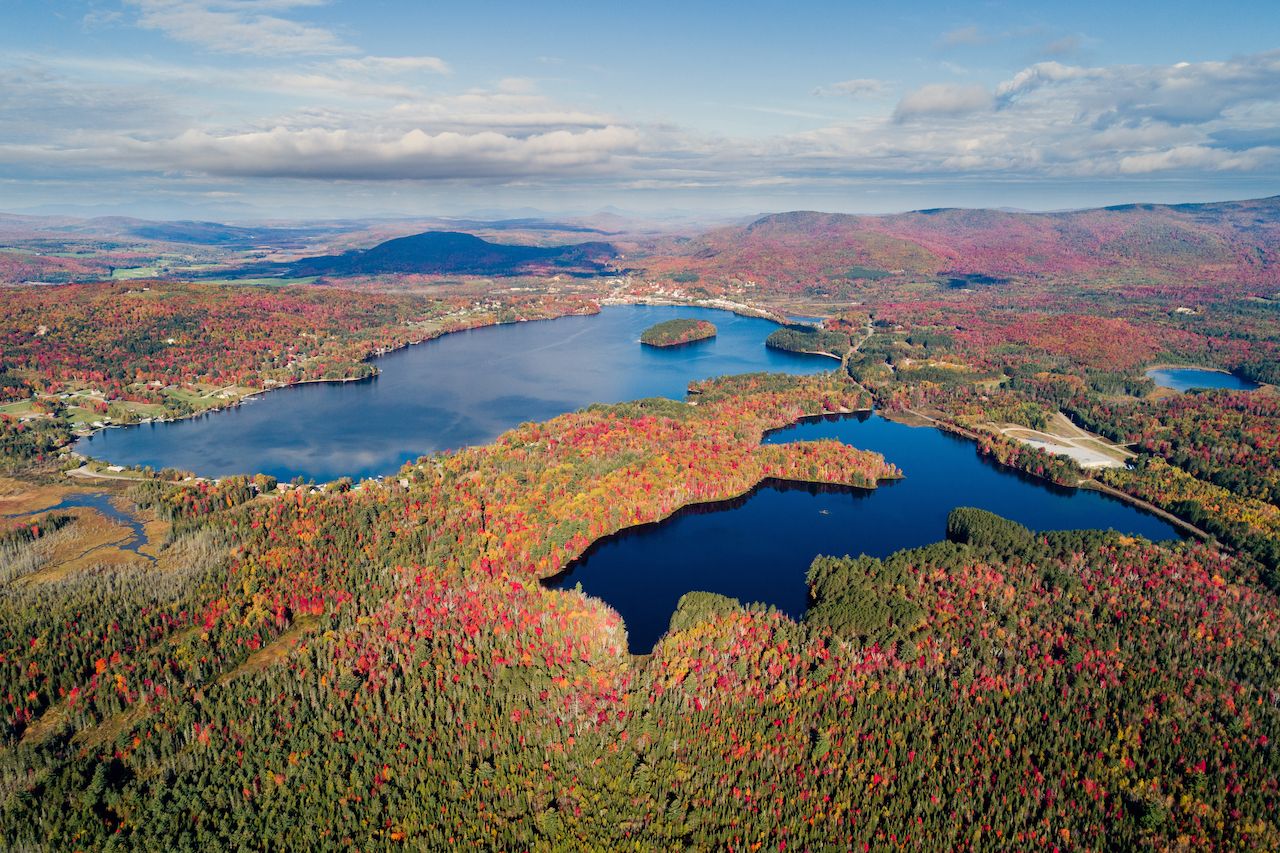 The more you familiarize yourself with the Northeast Kingdom, the more you realize how eclectic its offerings are. From funky museums to a thriving arts community to artisan pizza joints, there’s more to see here than just green hills and logging trucks.

Each town in the Northeast Kingdom is its own day trip. You can take a boat ride in Newport, hike up to the overlook in Willoughby Forest overlooking Willoughby Lake, hit up a world class distillery in St. Johnsbury, or sample fine Jasper Hill Cheese in Greensboro. Whether it’s kayaking on clear lakes, hiking lush forests, biking epic trails, or watching moose by the side of the road, the Kingdom offers a piece of Vermont’s natural environment.

There are also an abundance of fairs and festivals across the region, particularly in summer. From the Burke Strawberry Festival in June to Island Pond’s July 4 parade to the Burklyn Arts Summer Crafts Fair in downtown Lyndonville, there’s always a reason to mark your calendar. The Catamount Film and Arts Festival also runs all throughout the summer, bringing in world-class musicians for concerts every Sunday in the dog park in St. Johnsbury.

Understandably, the area’s residents prefer to keep their traditions and events to themselves, wary of any change that overtourism might bring. Even tourists themselves are reluctant to share their knowledge of the area, for fear others might spoil it.

“Our regular visitors from out of town guard the kingdom as their secret place of escape,” Strait says. “When we discuss bringing tourists to the area, members of our existing tourism base are actually the first ones to object. This is their piece of heaven, and they don’t want it to change.”

Food + DrinkFor the Best Fall Food in the US, Make Your Way To Vermont
Tagged
Travel Vermont, United States
What did you think of this story?
Meh
Good
Awesome