Snuggled between the Canadian Rockies of British Columbia and the flat open plains of Saskatchewan lies the sunny province of Alberta. Diverse landscapes of emerald gleaming lakes, dense boreal forest, and jagged mountain peaks draw visitors year-round. Many use Calgary as their gateway, not ever making it to the provincial capital of Edmonton, a three-hour drive north up AB-2. As locals are quick to call out, this is a mistake. With unusual malls, expansive parks, multicultural festivals, and quirky museums, Edmonton is a vibrant city that stands apart from other urban hubs in Canada.

Edmonton was once dubbed the “City of Champions” as a tribute to the reign of the Edmonton Oilers during the Wayne Gretzky era and to the city’s rapid rebound after being trounced by a tornado in 1987. Now a more common catchphrase is used, which represents the rivalry between Edmonton and its neighbor, Calgary. “The Battle of Alberta” describes how the province’s two largest cities have competed in nearly everything since Edmonton edged out its southern counterpart as the provincial capital back in 1905. While Calgary has a number of cool draws — including the legendary Calgary Stampede rodeo — Edmonton, a cosmopolitan metropolis of one million, is as engaging as any city in Canada.

You can surf, zip-line, or play mini golf inside the continent’s largest mall. 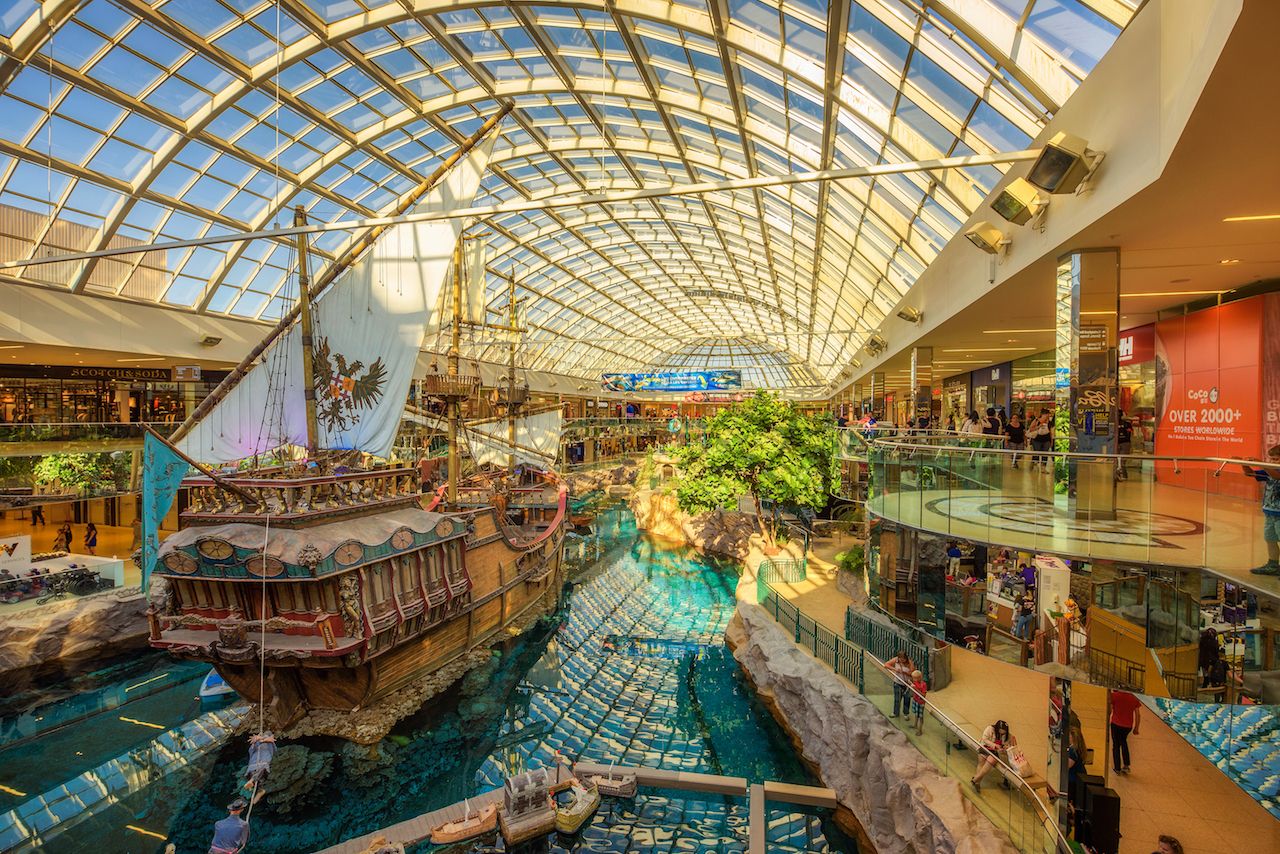 Picture the Mall of America. Shops, rides, restaurants… the whole scene. Now double that, add a crew of surfers, and you’ve got the West Edmonton Mall. This massive shrine to all things commercial is the result of the city’s desire to bring world-class shopping and entertainment to Edmonton, and it’s the biggest such facility anywhere on the continent. Don a pair of comfortable shoes for the trek around this 5.3-million-square-foot facility, which features over 800 stores and attractions. If you make it through half in one trip, you’re a full-on champion.

There’s also a five-acre, tropical waterpark with a wave pool, beach, hot tubs, and slick cyclone water slides. It may be totally incongruous in the Great White North, but it makes for a solid way to warm up in the winter. There’s even a simulated surfing experience and the world’s largest indoor zip-line flying overhead. Besides shopping and riding waves, you can also plunge down below the water in a submarine to check out the sea life caverns. There’s also a skating rink dubbed the Ice Palace and the world’s largest indoor triple-looping roller coaster, in case you weren’t already impressed.

As awesome as it is, the mall can be a bit much, for sure. Sometimes you just want to buy a gift for your special someone back home without feeling the constant urge to grab a putter and throw down a round of electric mini golf. For these instances, head across town to the Old Strathcona Farmer’s Market. Edmonton’s largest indoor farmers and craft market operates year-round, and its vendors sell just about anything imaginable. You can try on a new beaded bracelet, admire the details of a landscape painting, or even start a pottery collection with a colorful serving plate. It’s also a go-to for farm-fresh produce.

Edmonton has the longest continuous park in North America. 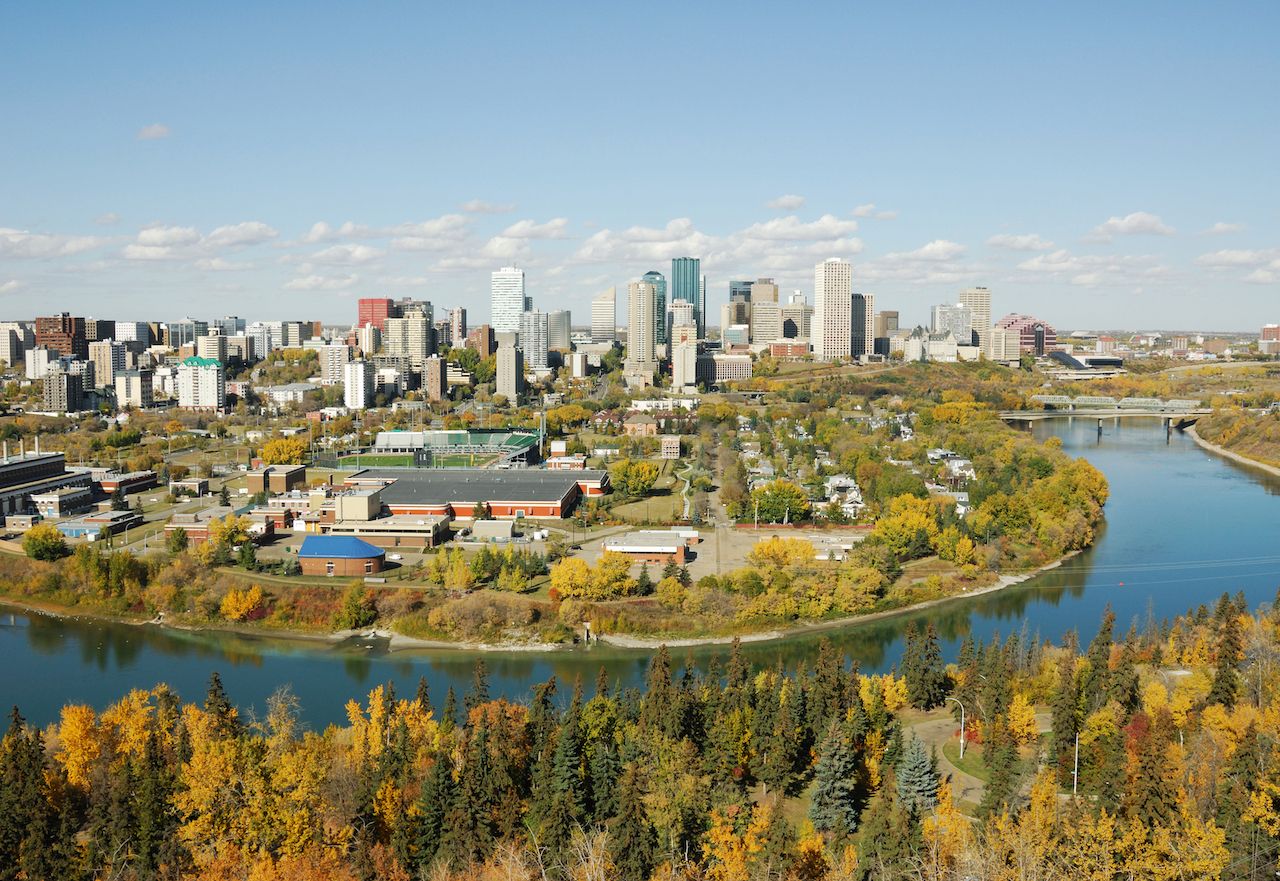 Edmonton sits alongside a mix of over 20 major parks, ravines, and lakes covering 18,000 acres in size and 30 miles in length, all joined together by park trails. And you can easily reach these via an ingenious funicular, an indisputably awesome mode of transportation that Canadians have adopted with enthusiasm (not so much in Calgary, however, another point for Edmonton). This barrier-free, mechanized system allows you the opportunity to make a unique urban escape and explore the lush river valley within minutes of the heart of the city. From downtown, take the 100 Street Funicular to the North Saskatchewan River Valley.

Once you’ve reached the green spaces moments after being downtown, you may sight any number of wild animals. Keep a respectful distance as you greet porcupines, deer, coyotes, skunks, hares, and beavers in their home environment. When hunger strikes, cruise with the crew and staff of the Edmonton Riverboat, who are known to serve up stuffed porchetta, creamy mushroom risotto, and fragrant rosemary chicken to guests on the water. Hit this experience at sunset and you’re once again a champion in the former City of Champions.

The “Festival City” celebrates its many cultures. 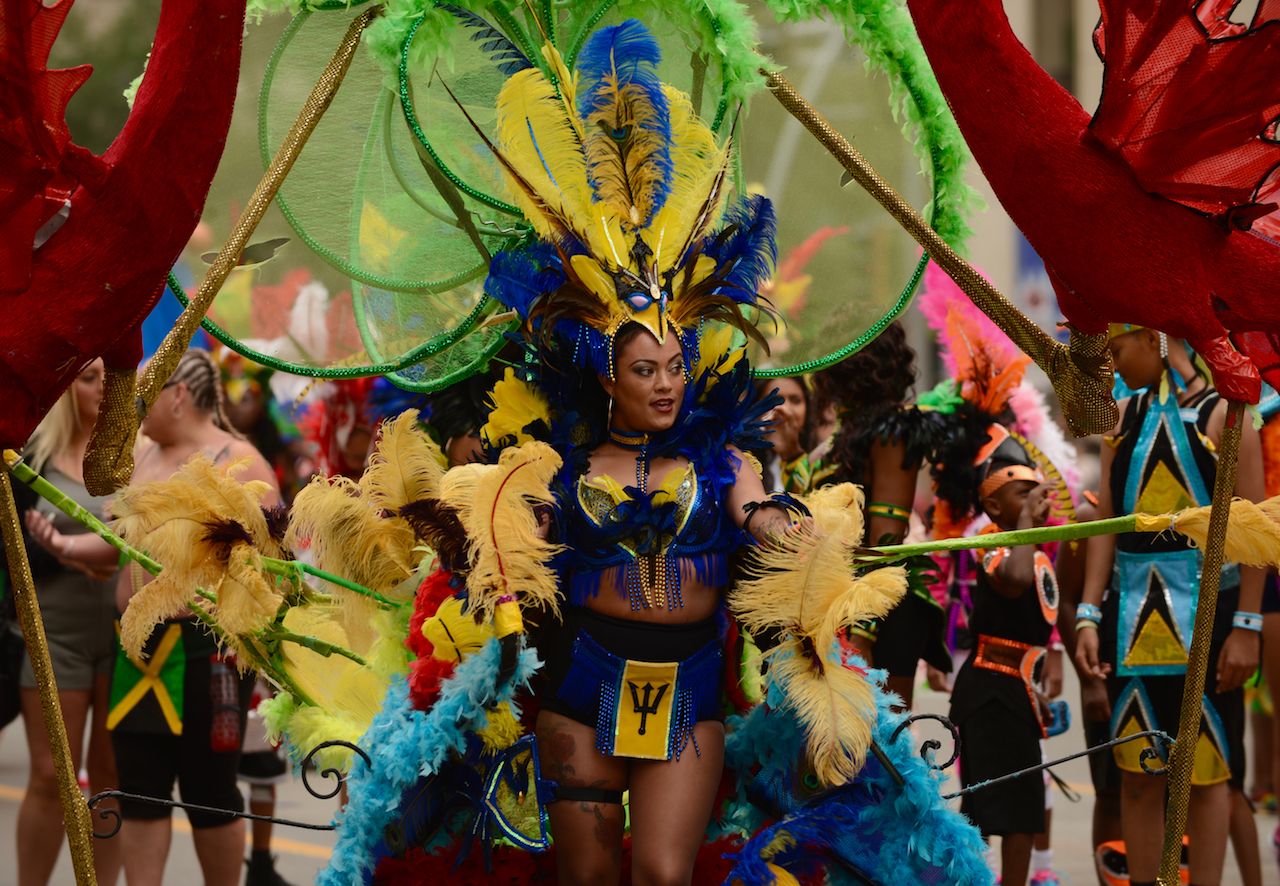 The people of Edmonton love music and the arts. So much so that their home has been dubbed “Festival City” for the number of festivals it hosts each year, and you ought to be able to dive right into the celebrations. In August, the Edmonton Folk Festival happens, bringing a hefty dose of music to the city, and that same month you can taste the ethnic offerings at the Heritage Festival — preferably with a bowl of Scottish haggis or fried African plantains in hand. In winter, the Ice on Whyte Festival features ice carvings on buzzing Whyte Avenue, and yes, there’s plenty of hot chocolate. 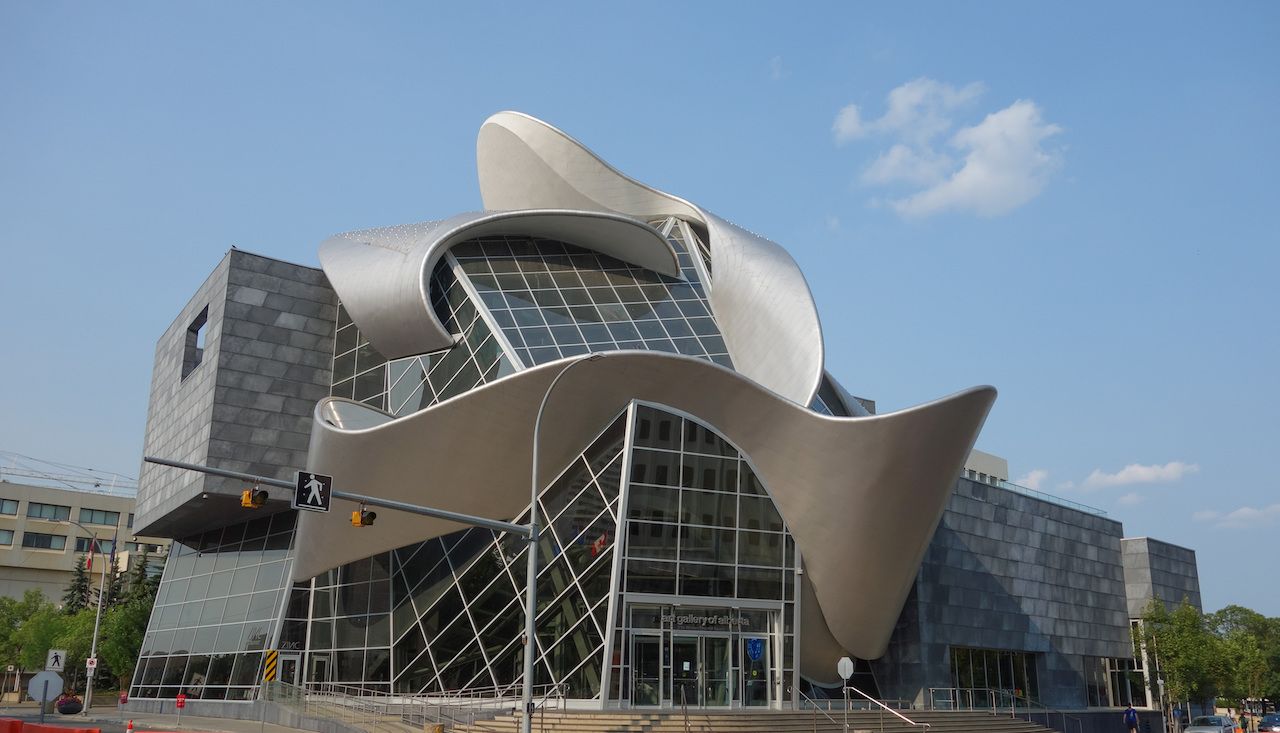 First opened to the public back in 1967, the Royal Alberta Museum recently expanded and moved into a massive new facility in downtown Edmonton’s architecturally appealing arts district. Now the largest museum in western Canada, it’s packed with fascinating natural artifacts, including an Ice Age exhibit with casts of a wooly mammoth and mastodon. Even if you aren’t into tiny creatures, the Bug Gallery — where they’ve recreated natural habitats for wasps, bees, ants, butterflies, moths, and more — is a must. Learn about the diversity and importance of these small invertebrates from Alberta and around the world. If it turns out you’re more into bugs than previously thought, try your hand at weaving your own delicate spider web.

At the Art Gallery of Alberta, the building itself — a dizzying swirl of glass and metal — is an art piece to be admired. The 6,000-work collection highlights contemporary Canadian artists, with a special focus on artists from Alberta. A less conventional gallery is the small, outdoor Neon Sign Museum, which captures the history and landmarks of Edmonton’s past through none other than the city’s neon signs. This museum is free to visit at any time, day or night. Next, stop by the world’s largest cowboy boot located at the One-Stop Biker Shop. A remnant of the Western Boot Factory that once inhabited the space, the 40-foot tall, fiberglass western boot landmark stands proudly as an artistic and technical marvel on the west end of the city. This recently re-heeled, refurbished, and repainted boot is definitely the best place in the city for selfies.

The Ultimate Winter Adventure Is in Alberta, Canada

16 Things Only Someone Who’s Been To Edmonton Will Understand