Idaho is one of those places that conjures up very specific images. Mostly just potatoes. But to limit your perception of the Gem State to a starchy root vegetable is about as accurate as calling Mt. Everest a foothill. Idaho is a mountain lover’s paradise sprinkled with just enough urban action to satisfy the avid culture hound, and an Idaho winter is something all outdoor lovers should experience at least once. Here are seven quintessential winter activities in Idaho that’ll convince you it’s well worth braving the cold and planning your visit. 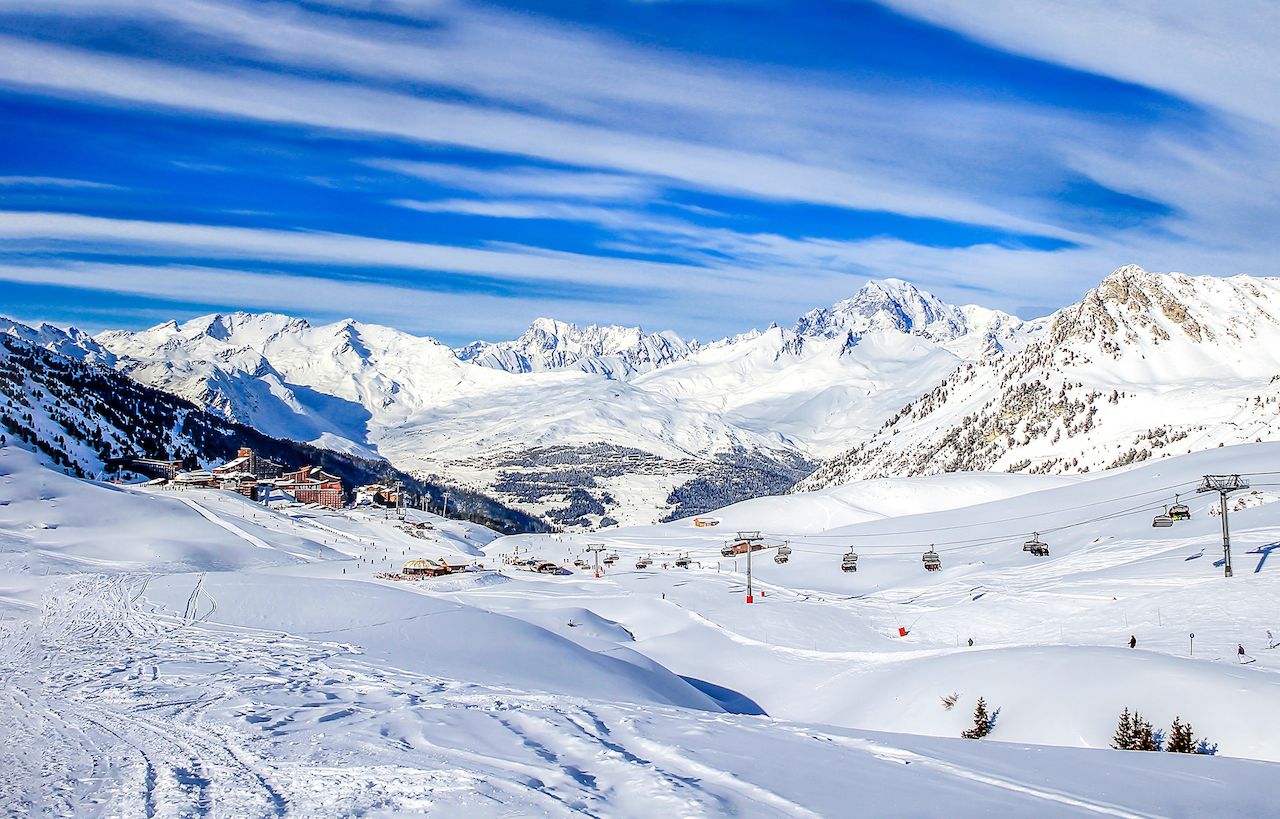 Sun Valley Resort, Idaho’s claim to fame in the ski world and still the state’s most iconic ski resort, revolutionized uphill transportation with the opening of the Ruud Mountain Chairlift in 1936. The original lift is long gone — in its serviceable form anyway, which is just fine because the idea of trusting one of the swaying wooden single chairs to safely escort you up the hill is scary enough to send you screaming your way back into the lodge. While it’s no longer carting skiers up for freshies, the legendary chairlift now sits comfortably on the National Register of Historic Places and makes for a great photo opp, even if you don’t jump on any of the ultra-modern detachable quad chairs that now service the ski area.

2. Get into the mountains without the long lines 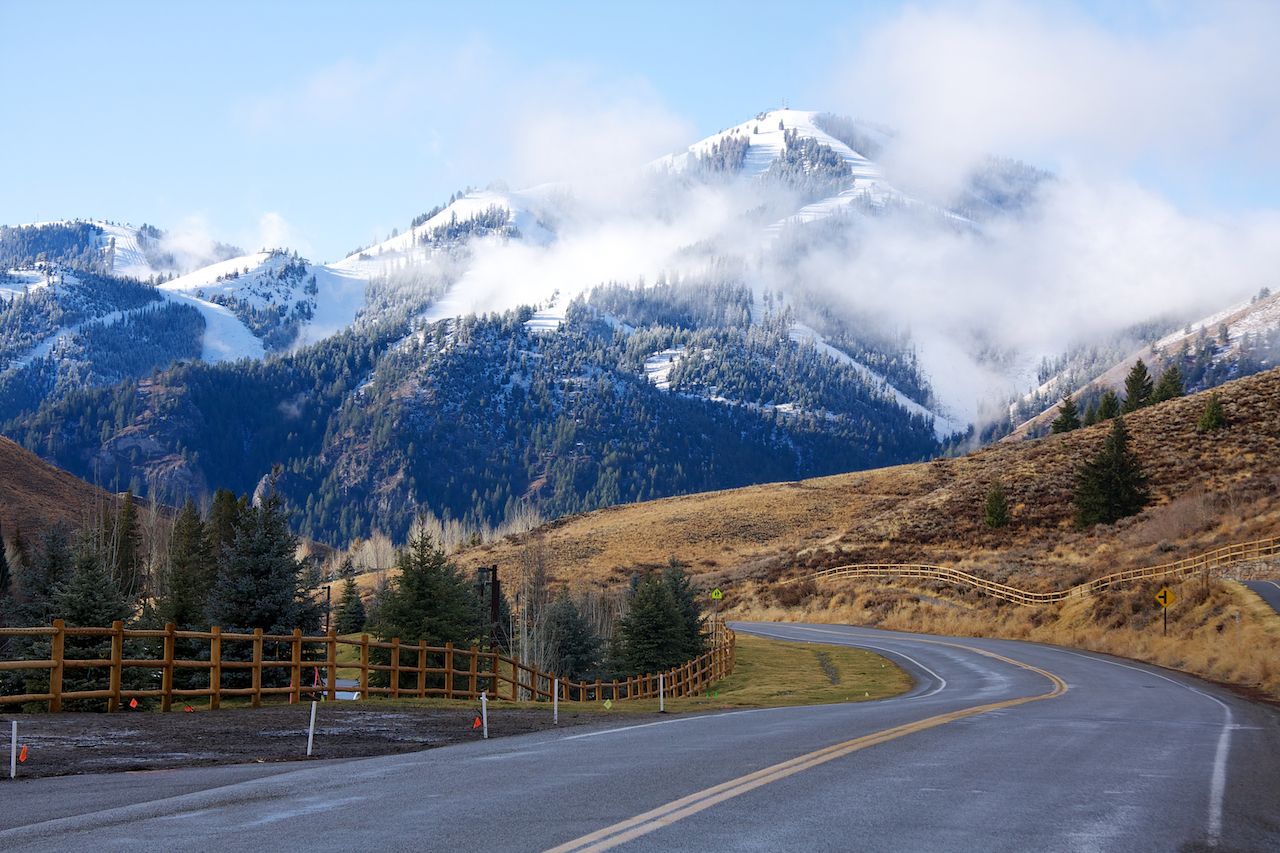 Crowds and nature epitomize two things that shouldn’t go together. Idaho, far from the backlog of hill-bound traffic that plagues California or Colorado, firmly proves that there are still pristine places where you can escape. Head an hour outside of Boise and you’re immediately struck by the realization that there really isn’t anyone around. Idaho is home to over 20 million acres of national forest. Its pine-covered mountains beckon you not only to experience its trails and vistas but also to feel the all-encompassing effect of solitude.

Beyond Sun Valley, Idaho is home to nearly 20 ski areas where the closest thing you’ll find to a lift line is the ticket checker stopping you to scan your pass. Just outside the town of Albion, Pomerelle sees 500 inches of snow in an average winter — and even more in a good year. With the strong early season, this winter could certainly eclipse that and make for some unforgettable powder days. In the Bitterroot Mountains, Tamarack resort gets 300 inches of snow on its 1,000 acres, which when combined with 2,800 feet of vertical drop all but ensures some freshies.

3. In Boise, get into the thick of the action while still being away from it all 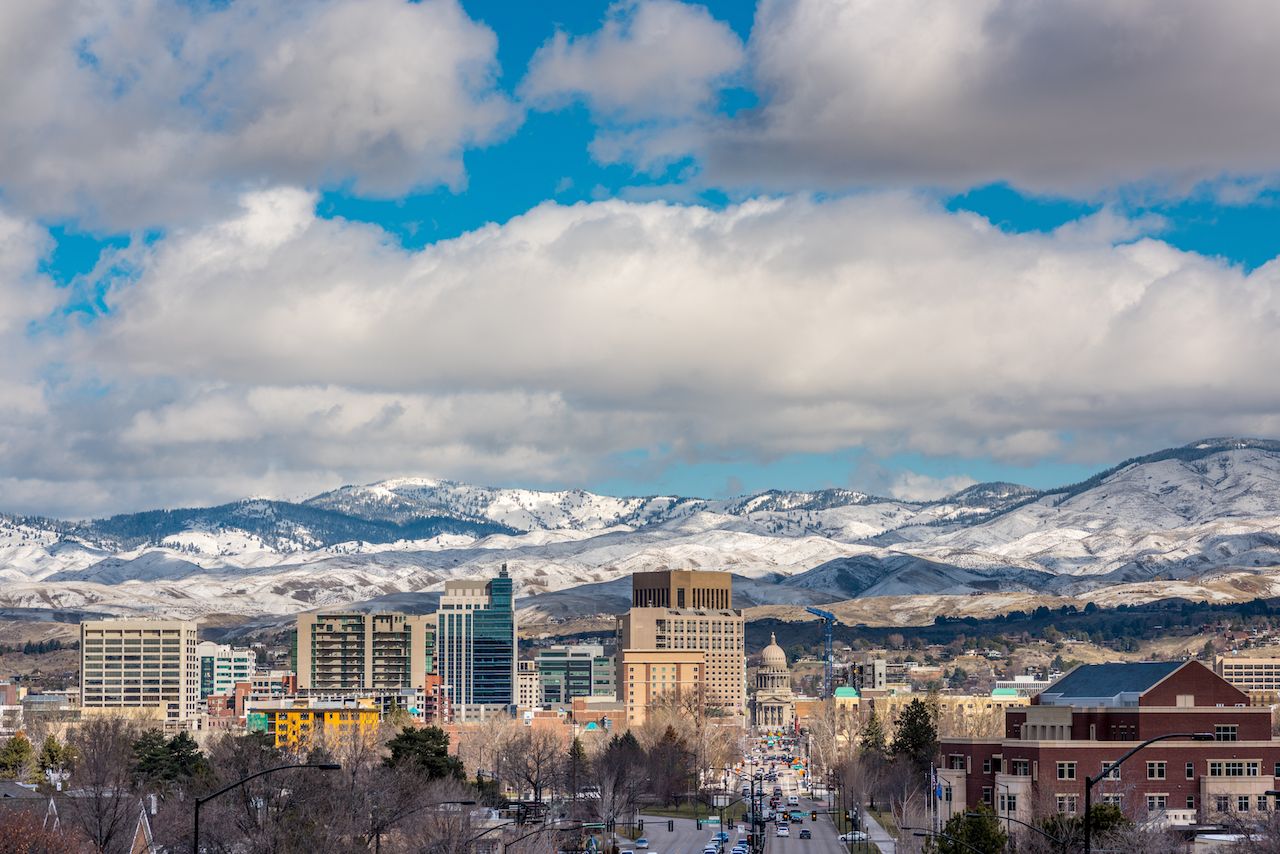 Boise, the state capital and largest city, is the most isolated metropolitan area in America. While it’s relatively easy for you to buy a ticket and fly right into Boise International Airport, it’s much tougher for cultural influences to bleed into the Treasure Valley. Thus, the city’s restaurant scene — hubbed on 8th street downtown and spreading outwards from there — is uniquely Idahoan, blending urban flavor with high country rusticness and using the bounty of the Snake River Valley. Because it’s Idaho, the first thing you should do is get yourself into Boise Fry Co and eat fried potatoes until you can’t. State & Lemp and Fork specialize in local takes on contemporary and pub classics, respectively. If you’re heading out on the town after dinner, Juniper is the spot to pregame over cocktails and dishes built almost entirely from Idaho ingredients.

If you’re into Basque cuisine and culture, Boise can save you a trip to Europe as it’s home to perhaps the most thriving Basque community in the US. Anchor your stay around the “Basque Block” along West Grove Street in the heart of the city and head straight for Bar Gernika (named after Boise’s Basque-based sister city) and The Basque Market, where you can dive into the city’s best pintxos, lamb, and solomo. 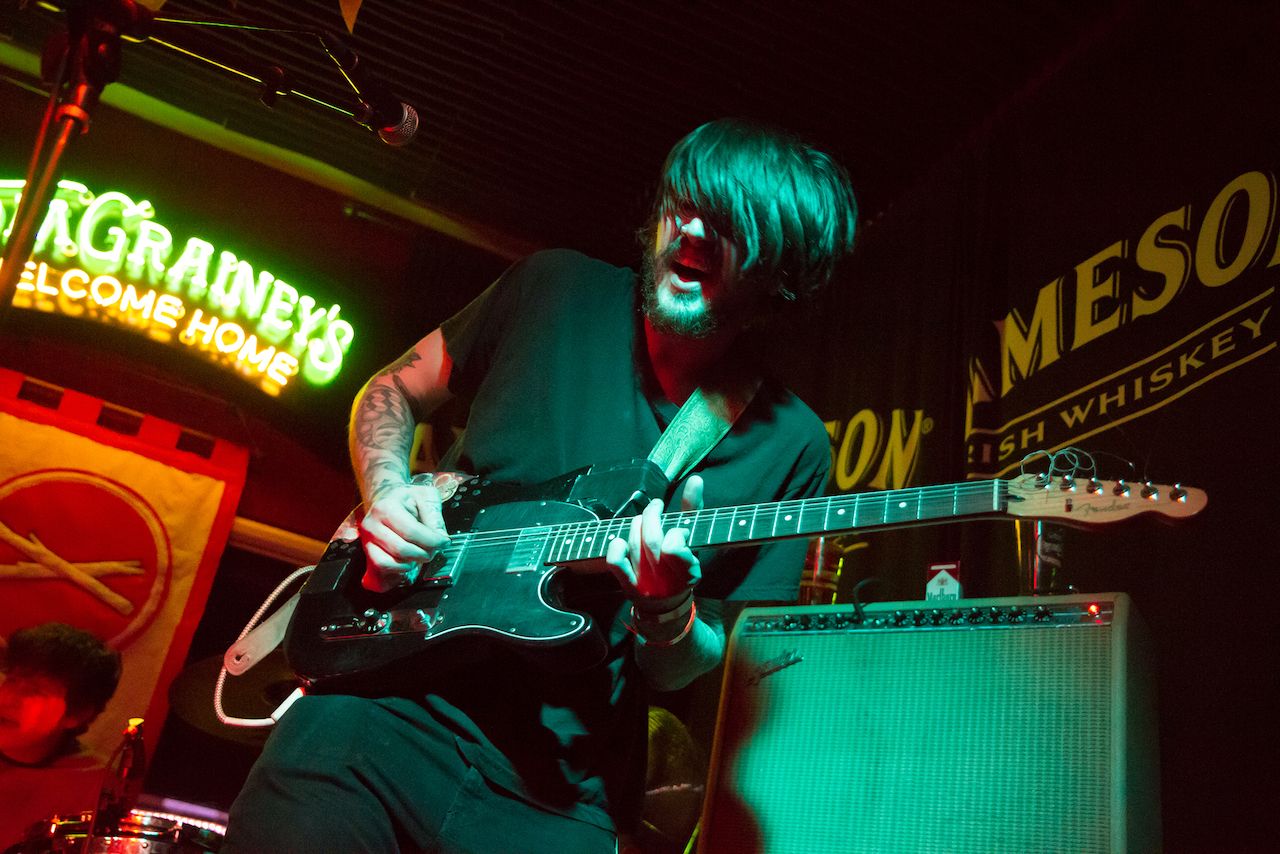 Beyond the Basque influence, renowned museums across town like the Boise Art Museum and Idaho Historical Museum offer insights into the Idahoan values of virtue and creativity. Within Idaho’s art and music communities, artists draw inspiration from the state’s local influences and close access to the outdoors.

For a city of under 300,000, Boise also offers an impressive indie music scene. There’s a good chance you’ll know the bands playing at The Knitting Factory, but local bands take the stage almost nightly at Pengilly’s Saloon, Humpin’ Hannahs, and a handful of other clubs centered around the Main Street corridor. The corridor is also conveniently close to the Basque Block, meaning you don’t even need to hop in an Uber after dinner. 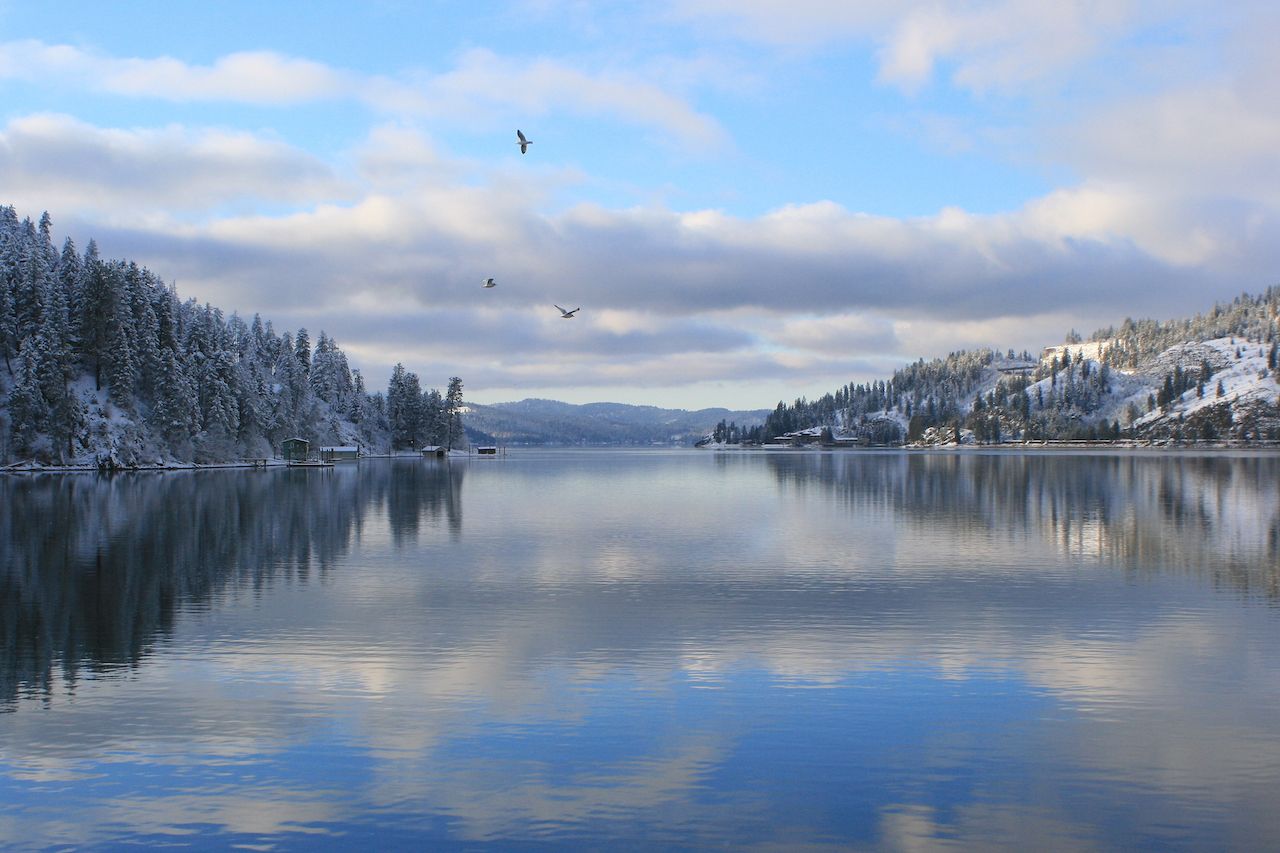 There’s something awe-inspiring about standing on the lakefront, bundled up tight with a scarf tucking into your neck, and gazing out onto a white, frosted abyss. Maybe that’s why life moves so slowly in Coeur d’Alene in winter; people just can’t keep themselves from gazing out over the lake bearing their town name. The migration of eagles over Lake Coeur d’Alene, which happens from November to February, only adds to the effect. You can get an even closer look by taking an actual eagle-watching cruise — after which your friends officially have nothing on you.

6. Take in small-town America in Wallace 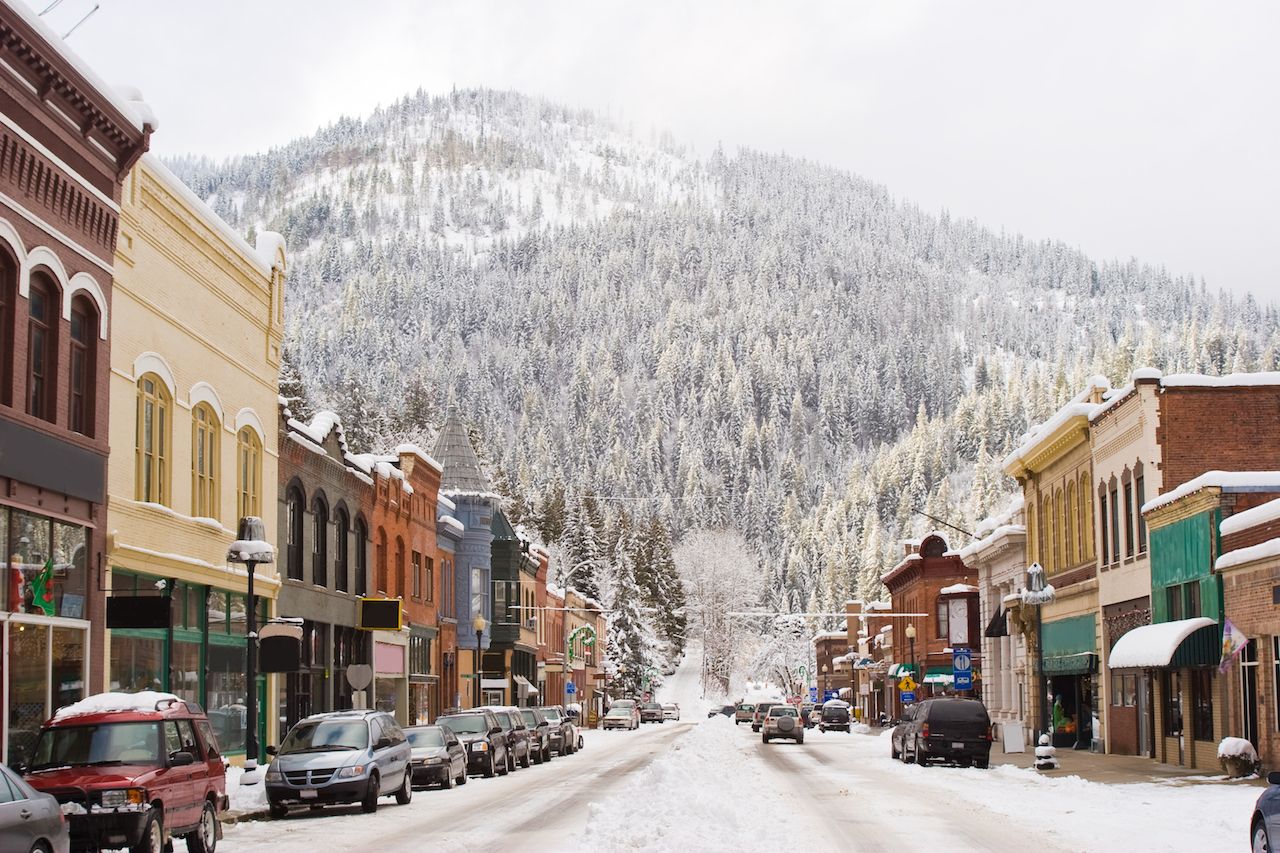 Coeur d’Alene is gorgeous. Sun Valley is rustic chic. But just south of the Coeur d’Alene National Forest, the tiny mountain town of Wallace, population 761, is straight-up mesmerizing. No town in Idaho fits the bill of “last great untouched…” quite like Wallace. This is surprising given that there are two ski areas within a half-hour drive and trails within a quick bike or walk of anywhere in town. If you’re looking for a place to break in that new fat bike, Wallace is your jam. The same goes if you’re just looking to find your footing in a simpler place where you can leave the house on foot or ski, hit the trails for some winter hiking, and stop by the brewpub for a cold one, all without having to deal with a crowd, line, or even a stoplight.

7. Stay in a bed and breakfast that’s actually shaped like a giant beagle. 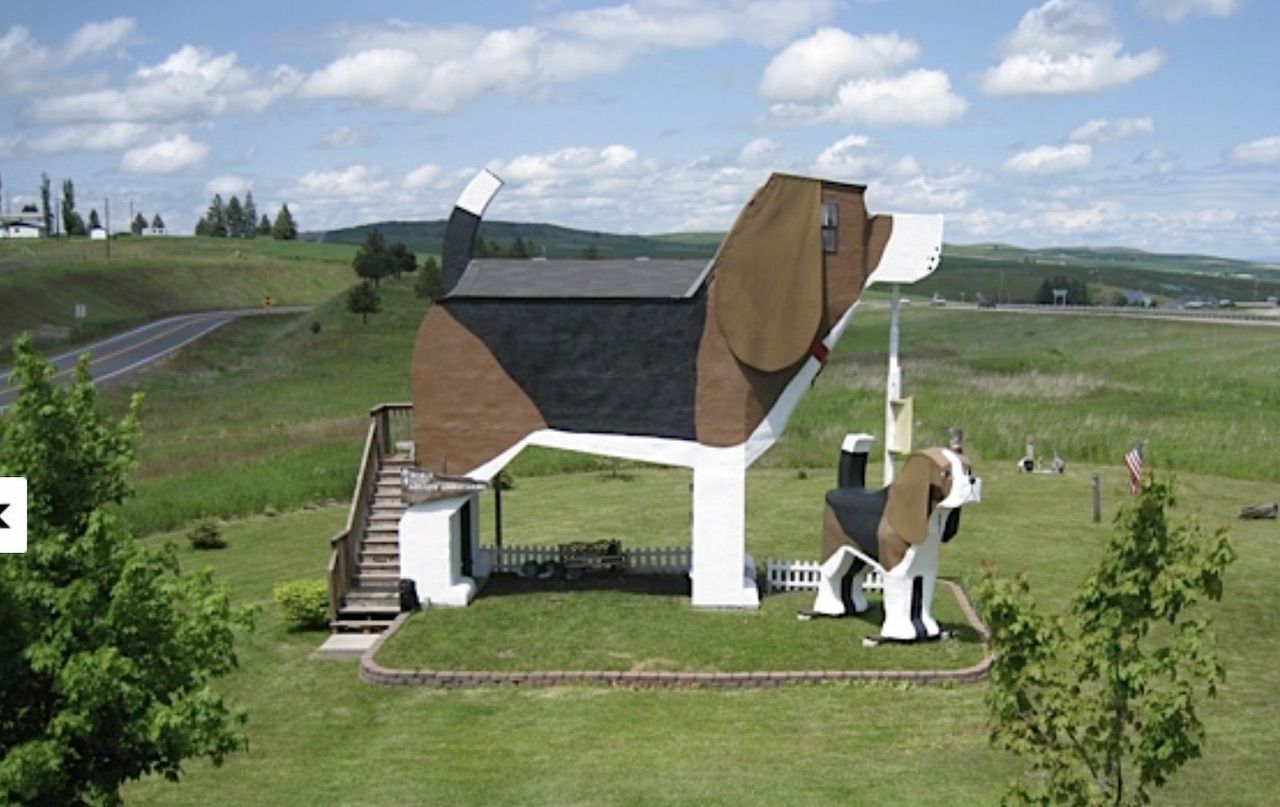 The Dog Bark Park Inn is at the bottom of this list as a sort of “if this won’t convince you, nothing will” ode to the most mind-blowingly awesome place in the entire state, if not anywhere, ever. Part bed and breakfast, part art gallery, and wholly worth a jaunt to Cottonwood in the state’s northwest, this one-room B&B is literally shaped like a giant dog.

The owners, Dennis and Frances Conklin, are among the world’s foremost experts in wooden dog carvings. As it goes when one has such a righteous life path, the idea of breaking out the chainsaw to create the biggest-ever dog carving and then turning it into lodging for canine-enthusiasts the world over came naturally to the Conklins after their carvings developed a global following. But wait — it gets even better. They actually sell their wooden creations on-site, including replicas of over 60 dog breeds, so you might even come home with a miniature replica of your best friend as a memento of your trip to glorious, natural Idaho.

TravelSouth Dakota Is the Most Underrated State in America. Here’s Why.
Tagged
Ski & Snow Insider Guides Idaho, United States
What did you think of this story?
Meh
Good
Awesome