Some states get all the glory. That’s all well and good — California and Colorado are great places to visit, especially if you’re into waves and powder. It’s impossible to deny the cultural magnet of New York or the legendary music and smoked meats in Tennessee. It’s much less common, however, to talk about a landlocked state whose only claim to fame is Mount Rushmore. Unless you ride a Harley, South Dakota has flown under the radar for so long that it’s almost criminal. Most of the state is skipped over by cross-country road trippers and domestic vacationers. And it’s high time to change that. Epic mountains, rolling hills, robust wild west and Native American history, and fried meat cubes await as the reward.

Sioux Falls is a city — without certain things the word “city” usually entails. 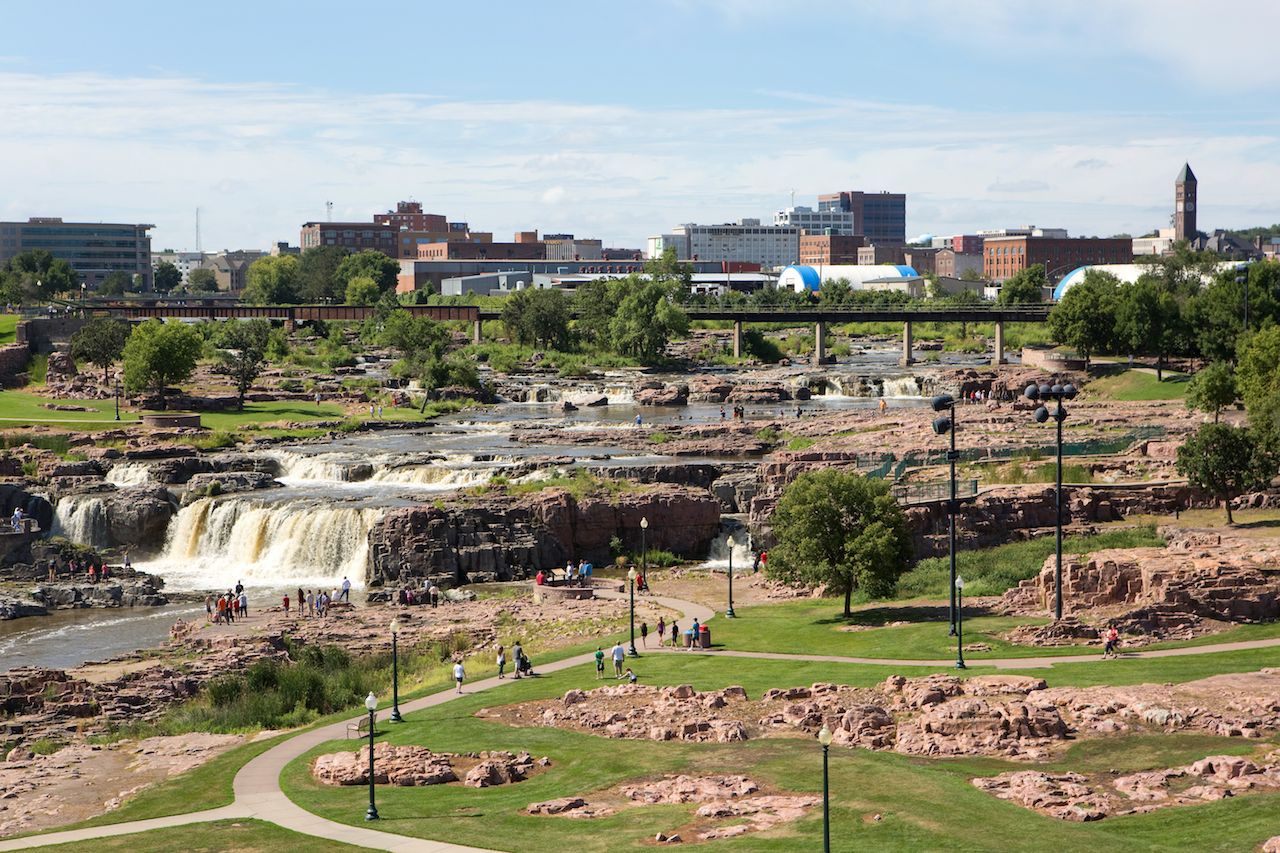 With a population under 300,000, Sioux Falls isn’t a huge city. Traffic doesn’t even exist here, at least not in the way that residents of the coasts define it. Nor are you going to find $15 cocktails or hour-long waits to get a table. It’s big enough, however, to serve as a regional hub and toss a bit of city life into your journey up north, and there’s never been a better time to visit. Downtown Sioux Falls is experiencing a revival of sorts with growing craft beer and live music scenes forming a base for the best nightlife in the Dakotas. Public art displays are commonplace nowadays with the added bonus of being cheap and often even free, as is the case of art installations such as the sculpture walk and the city’s film and music events. Even as Sioux Falls becomes a growing cultural haven, the hipsters that have flooded cities like Portland, Nashville, and Austin and turned them from regional metropolises into bastions of transplant douchebaggery haven’t found it yet — which means you have a prime opportunity to get up there before a latte costs $9 and 45 minutes of your time.

The state is home to Bad(ass)lands National Park. 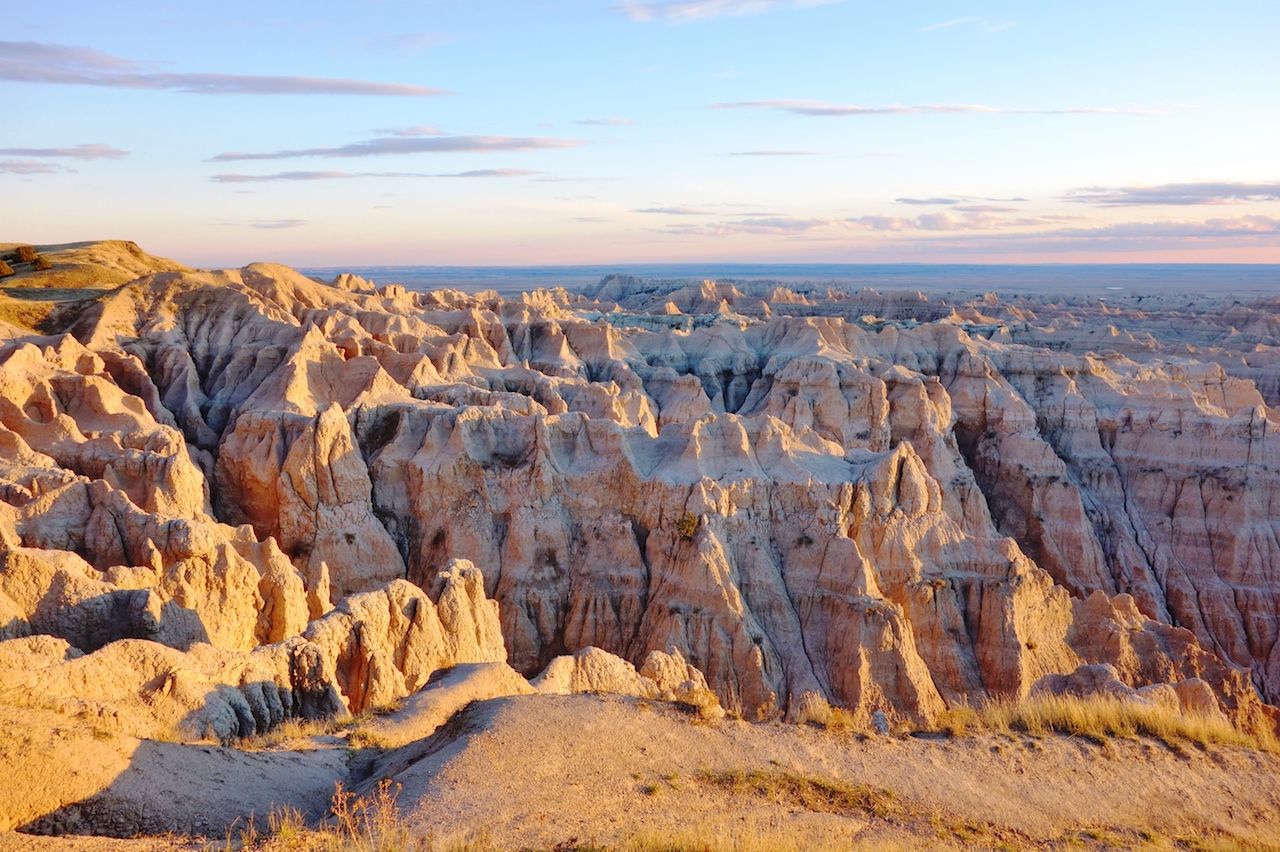 Badlands National Park makes you feel like you’re on the moon, especially if you’re there at sunrise or sunset. The namesake Badlands formations appear as rolling dunes and towering, castle-like rock formations dotting an otherwise prairie landscape — certain inspire a few “WTF is THAT?” lines. There’s nowhere else like it, hence the reason for its national park status, and because this is South Dakota and not California, you’re not dealing with Yosemite-level crowds. Badlands sees just over 20 percent of the five million annual visitors that hit Yosemite National Park each year. After stopping by the visitors center, kick your Badlands experience off by cruising the Badlands Loop, and bring lunch with you because you can’t say you’ve seen Badlands if you don’t hike Notch Trail. The hike takes fewer than two hours, enough time to see some prairie dogs and snap some photos but not necessarily a strenuous workout. There are plenty of options for rock climbing, bouldering, and longer hikes to further push your physical limits if that’s your thing.

Your life will never be the same after eating chislic. 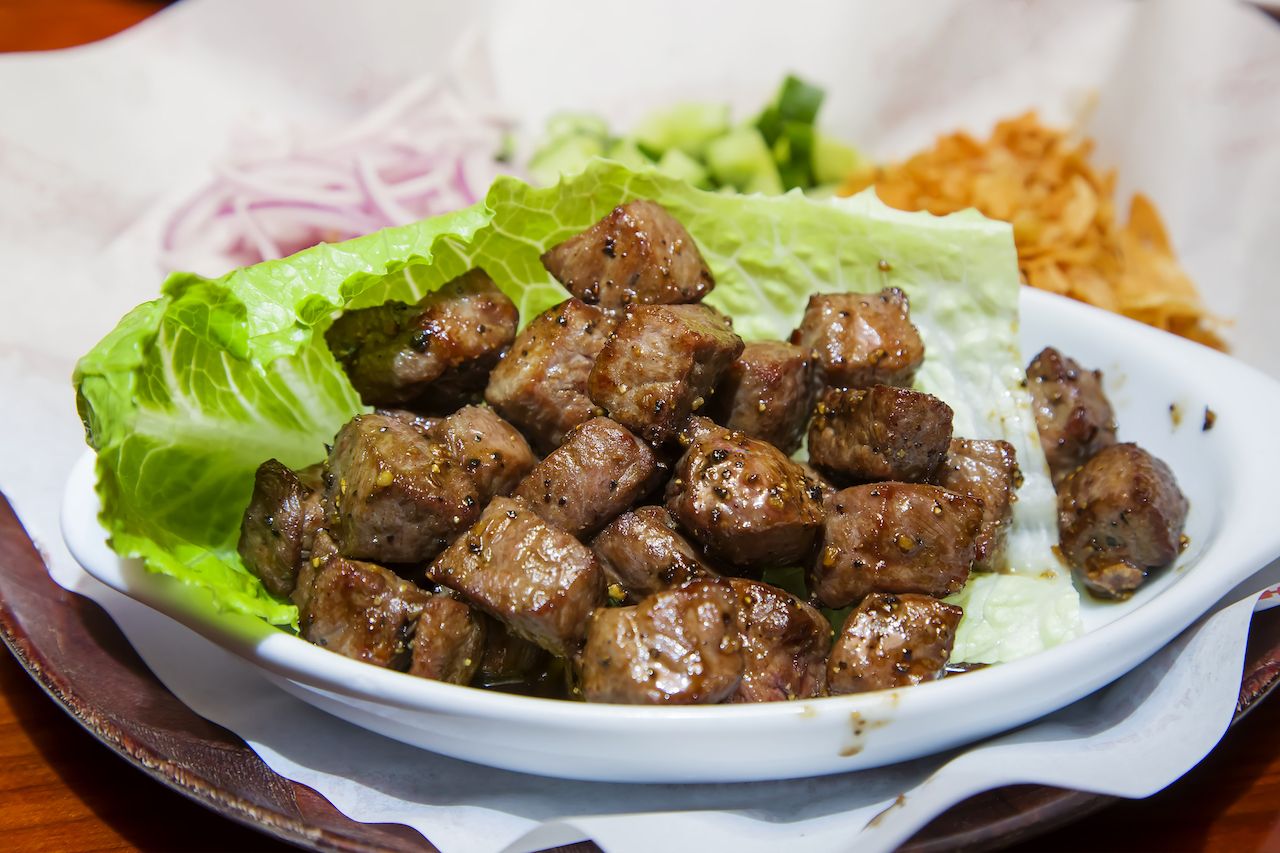 South Dakota doesn’t have the culinary chops of Paris, New York, or even Denver. But it does have one thing going for it in the food department that no one else does: a crazy concoction of deep-fried meat squares called chislic. Depending on where you’re at in the state, the dish put in front of you might contain crispy cubed morsels of elk, mutton, beef, buffalo, or some crazy amalgamation of each, but one thing is consistent across the board: It’s greasy, delicious, and if ever there were the perfect dish to pair with a cold Bud Light, this is it.

You’ll finally learn what those Wall Drug bumper stickers are all about. 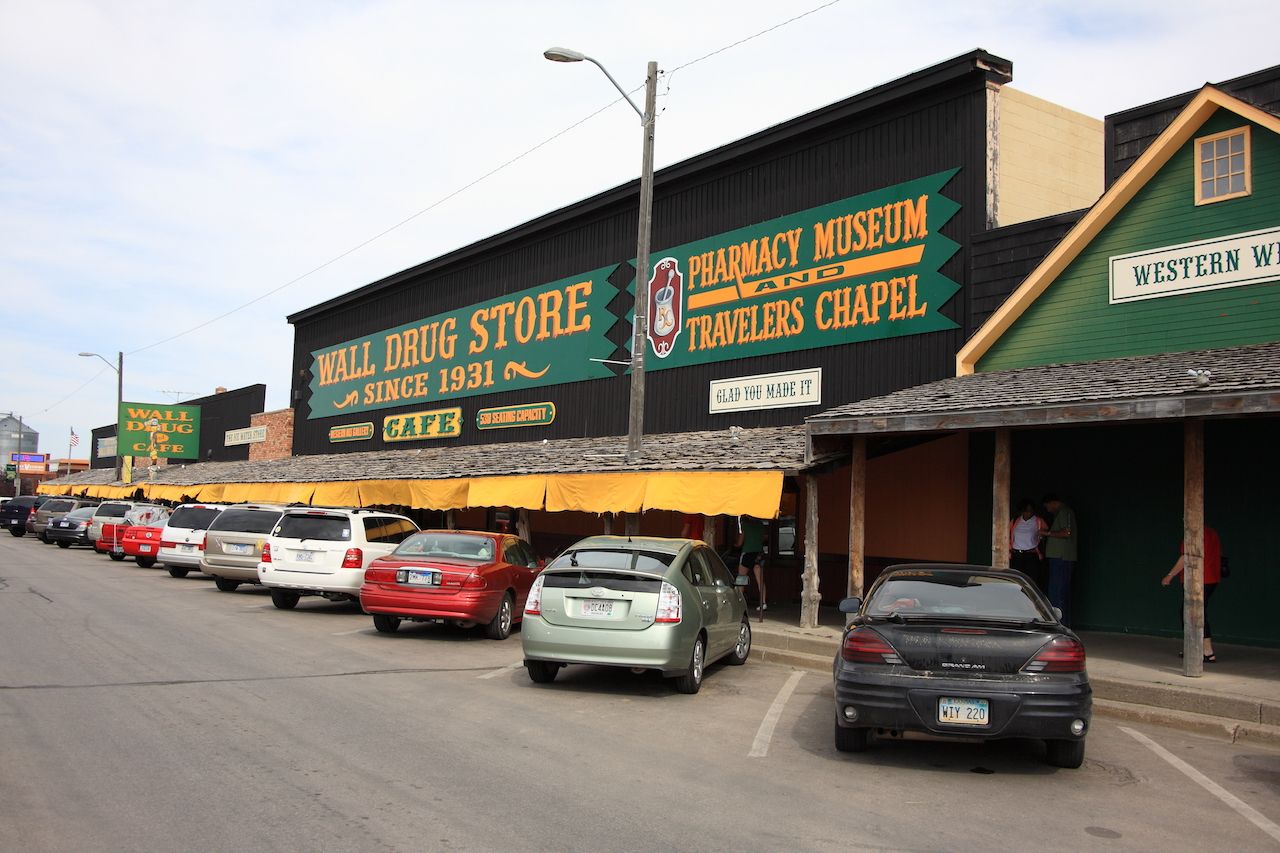 They’re everywhere in this country, and South Dakota is the culprit. This legendary stop near the town of Wall is much more tourist trap than practical drug store, but it’s totally worth pulling off I-90 to check out. You’ll notice from a few miles away as every car on the highway moves into the right lane and prepares to exit. Come hungry and with a few bucks to spend because no matter what it is that you collect, the South Dakota version of it is sold here. As it’s a drug store, there is a pharmacy on site in case your Ibuprofen supply is running low, along with plenty of food and drink options and enough nick nacks to satisfy your Christmas shopping list for the next 10 years. And those bumper stickers, of course.

The Black Hills and their epic carvings are awe-inspiring. 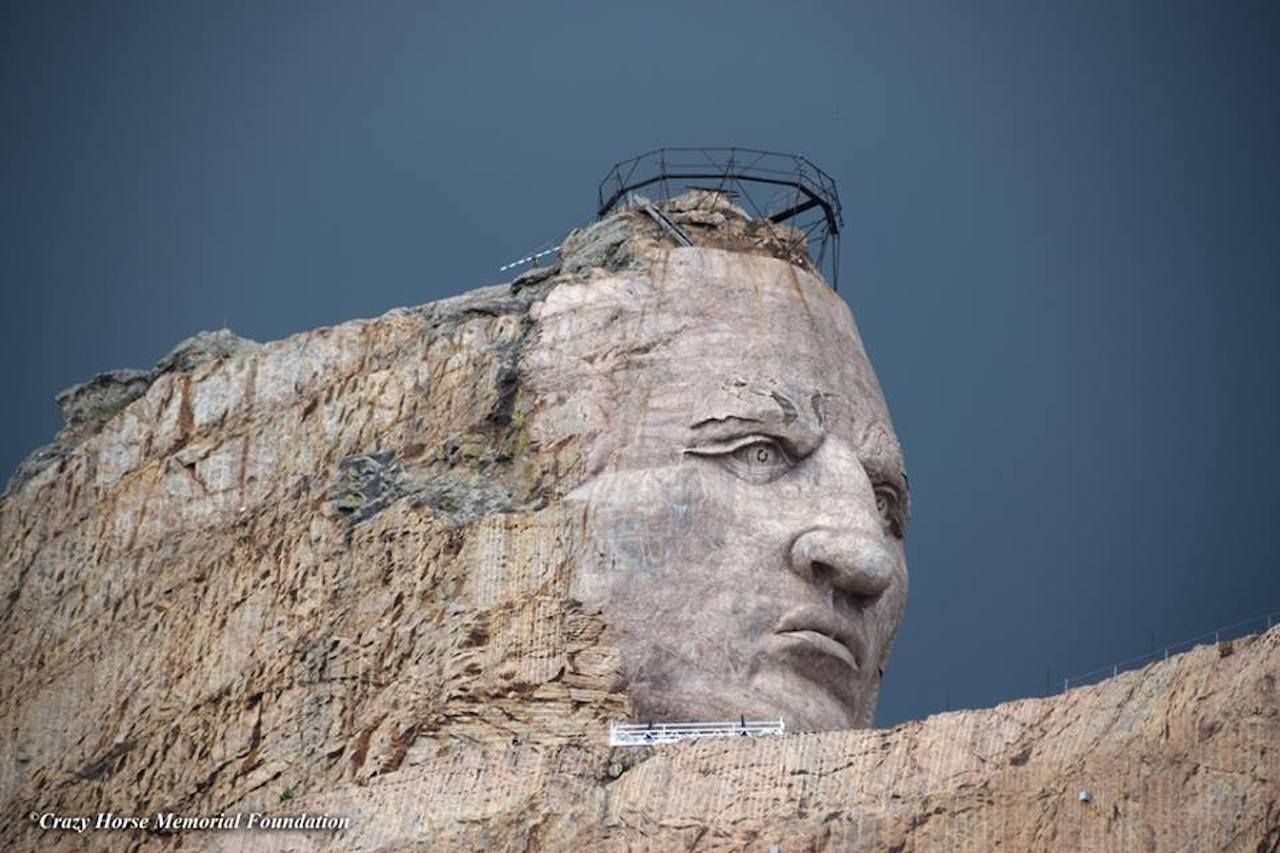 Mountains are mountains, you say. Au contraire. Faces are carved into stone in the mountains of South Dakota, and we’re not just talking about former US presidents. Crazy Horse Memorial is a yet-to-be-completed carving of Sioux warrior Crazy Horse galloping triumphantly into the hills on horseback. Work on the monument began in 1948 and is currently under construction. While there is no set completion date, you can still check it out and visit the Indian Museum of North America on site along with an entire campus of informative and engaging stuff to check out. Plus, the monument is only a 30-minute drive from Mt. Rushmore, which… sure, you might as well.

Entire structures are built completely out of corn. 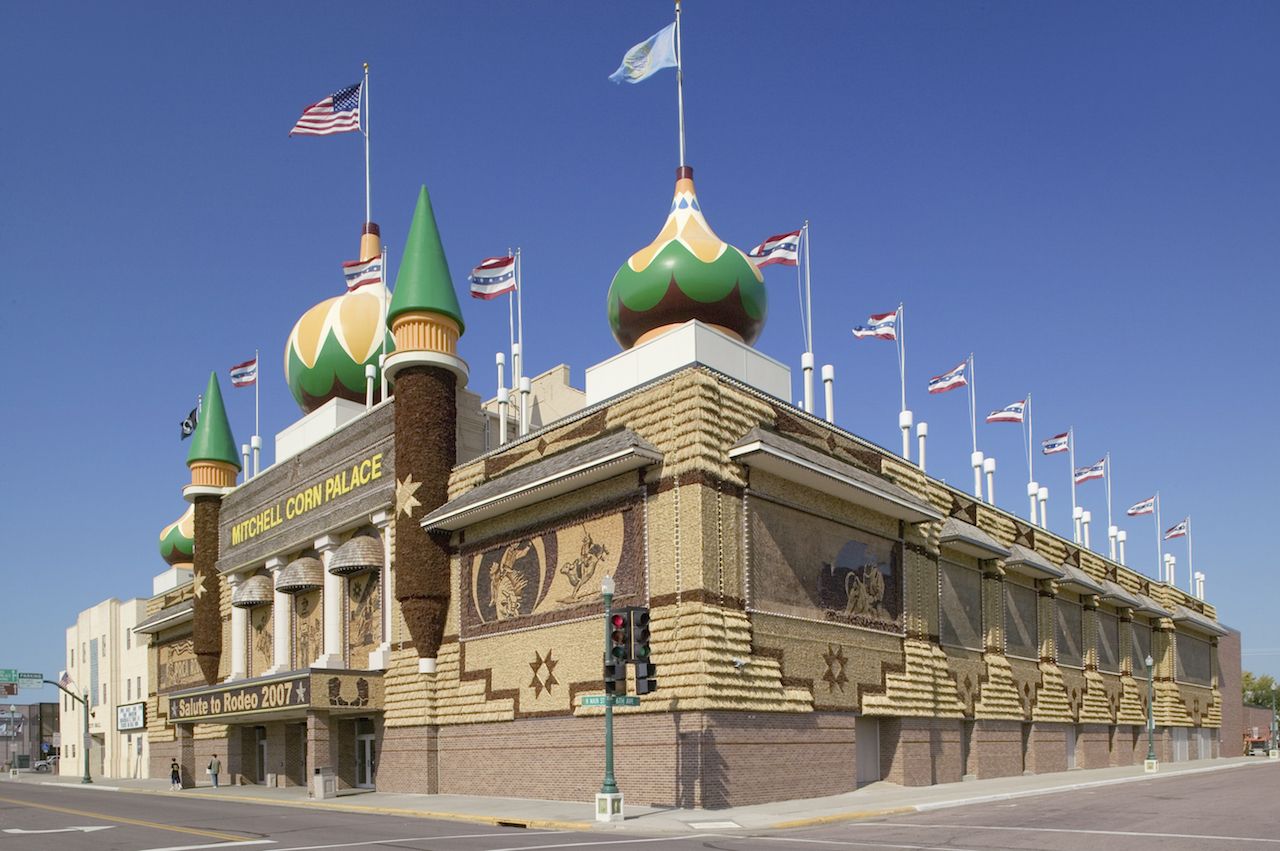 From a distance, the Corn Palace in Mitchell looks like any other building. Then you walk closer and are blown away by the realization that, indeed, the place is made entirely of corn. The walls, ceilings, doors, literally everything, are made of corn and constantly being remade and altered. The facility hosts a rotating schedule of events, too, so if you’re looking for a unique place for a party, search no more. If staring at a pot of water until it boils is an activity that gets you stoked, check out this live feed of the Corn Palace to keep round-the-clock tabs on the goings-on of the place.

The town of Deadwood is the real Wild West. 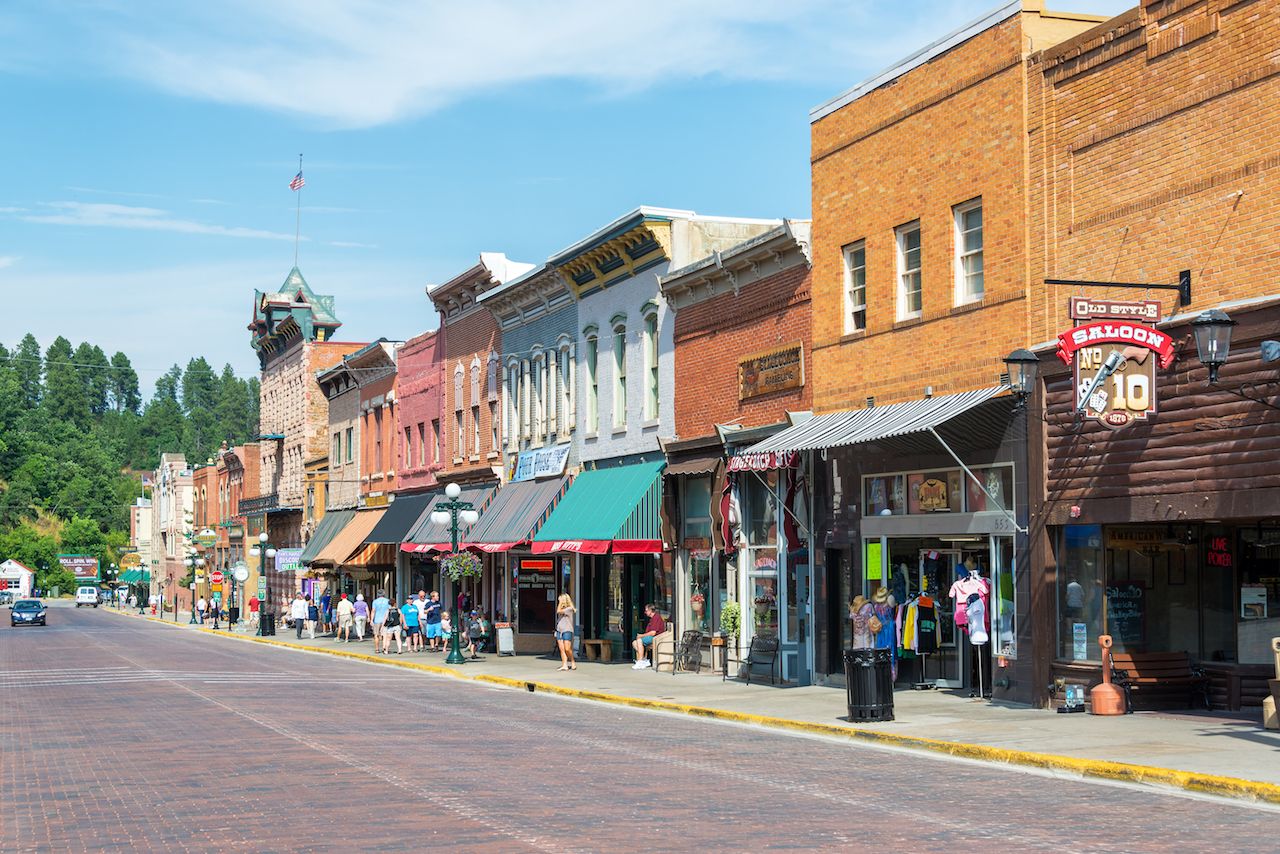 Some places claim to offer a taste of the Wild West when all you’re actually getting is a group of dudes dressed in chaps and a buffalo bacon burger. Don’t fall for those cheeseball places, and instead head to Deadwood, which was and is the real deal. The town hosted some of the most famous cowboys through the 1800s. These days you can check out the Days of ‘76 Museum and the Adams House Museum, both tributes to the town’s days as a cowboy haven. You should also light a cigar and drop a few bucks on a poker table just for good measure. Deadwood is where South Dakota goes to slip into the abyss for a few days, which could (and probably does) turn into a few years for many of them. Maybe that’s enough to lure you in, but even if not, the town is also the perfect beer stop between Rapid City and Spearfish.