I hate going through TSA security. I know what to expect as a frequent traveler who boards a dozen or so flights per year, yet the whole experience of getting through security is so taxing. I’ve even given in and become team checked-bag, forfeiting up to $60 a flight just because I don’t want to have to deal with measuring and pulling out liquids. And while every single time I’m taking my shoes off, I think “I need to apply for TSA PreCheck,” the thought is fleeting until the next time I arrive. And while I know that in no way is it the agent’s fault who is just doing their job, I have a disdain as they yell for me to take my shoes off, pull my laptop out, and walk through the full-body scanner with my hands up — not to mention, if I decide to get my hair braided before take off, the now expected head and back pat-down.

At 24, I don’t have memories of airport security before September 11, 2001, when your loved ones could walk you to the gate and you could board with your Bath and Body Works products intact. Security was low-level, carried out by independent contractors hired by airlines with nothing but metal detectors, as NPR reports.

But after the terrorist attack in the United States carried out by 19 hijackers who boarded planes at the airport in Portland, Maine; at Boston’s Logan International Airport, at Liberty International Airport in Newark, New Jersey; and at Dulles International Airport in the Washington, DC, area; everything changed. And in November 2001, the Transportation Security Administration was born. Since then, the rules have evolved as security threats continue. Here are the reasons we have the TSA rules we do today. 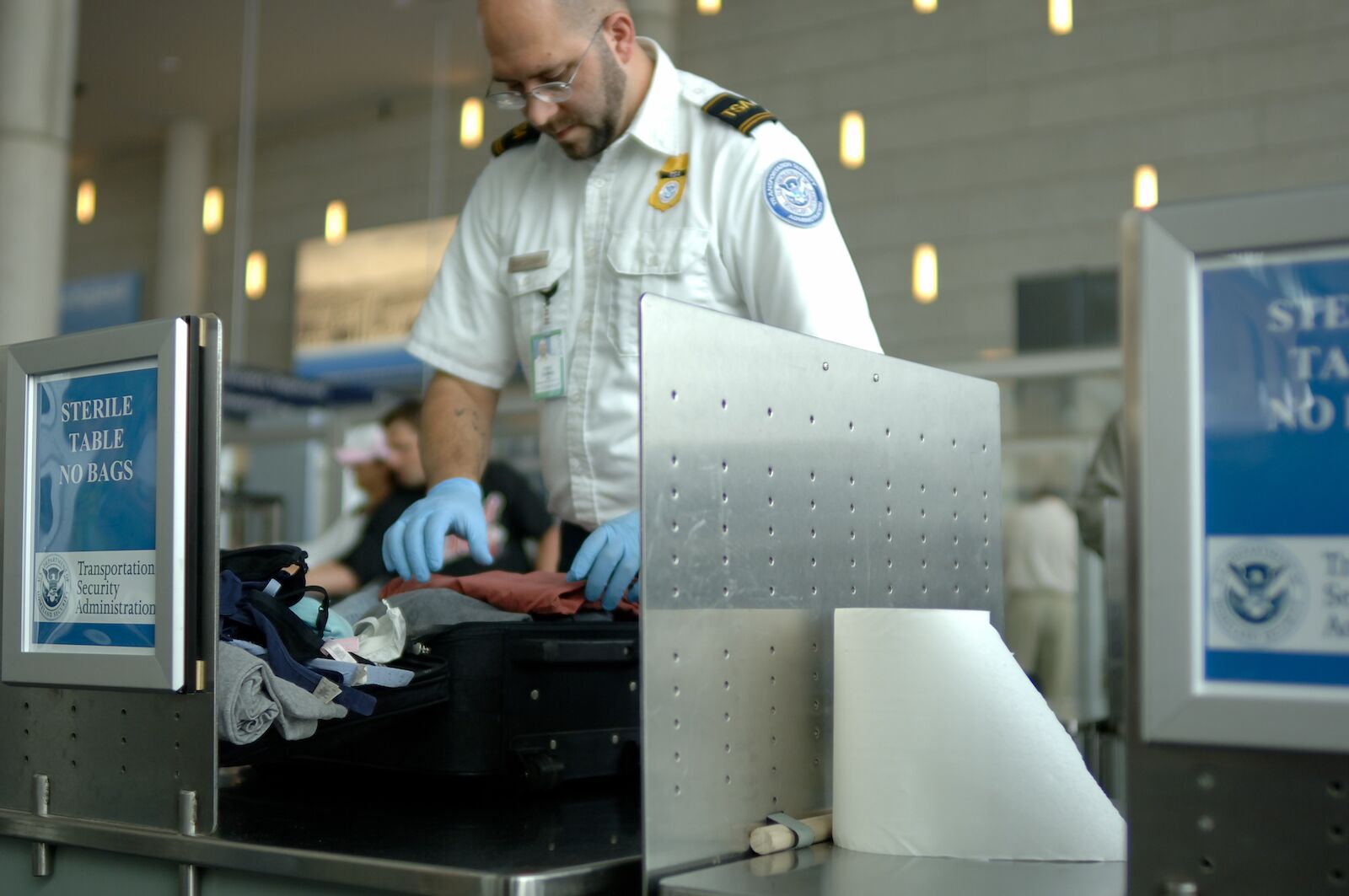 A rule that seems like a no-brainer — no knives or other sharp objects — was the direct result of the September 11. Some of the hijackers on September 11 were flagged because they set off metal detectors, but after being waved by a metal detecting wand, they were allowed to pass through. Some of the hijackers actually had knives and box cutters on their person. But at the time, even if they had been found, it wouldn’t have mattered: The FAA allowed knives of up to 4 inches on board, as NPR reports.

Now you can fly with your sharp knives, but they must be wrapped and stored in your checked luggage.

Why you can’t enter the boarding area without a ticket 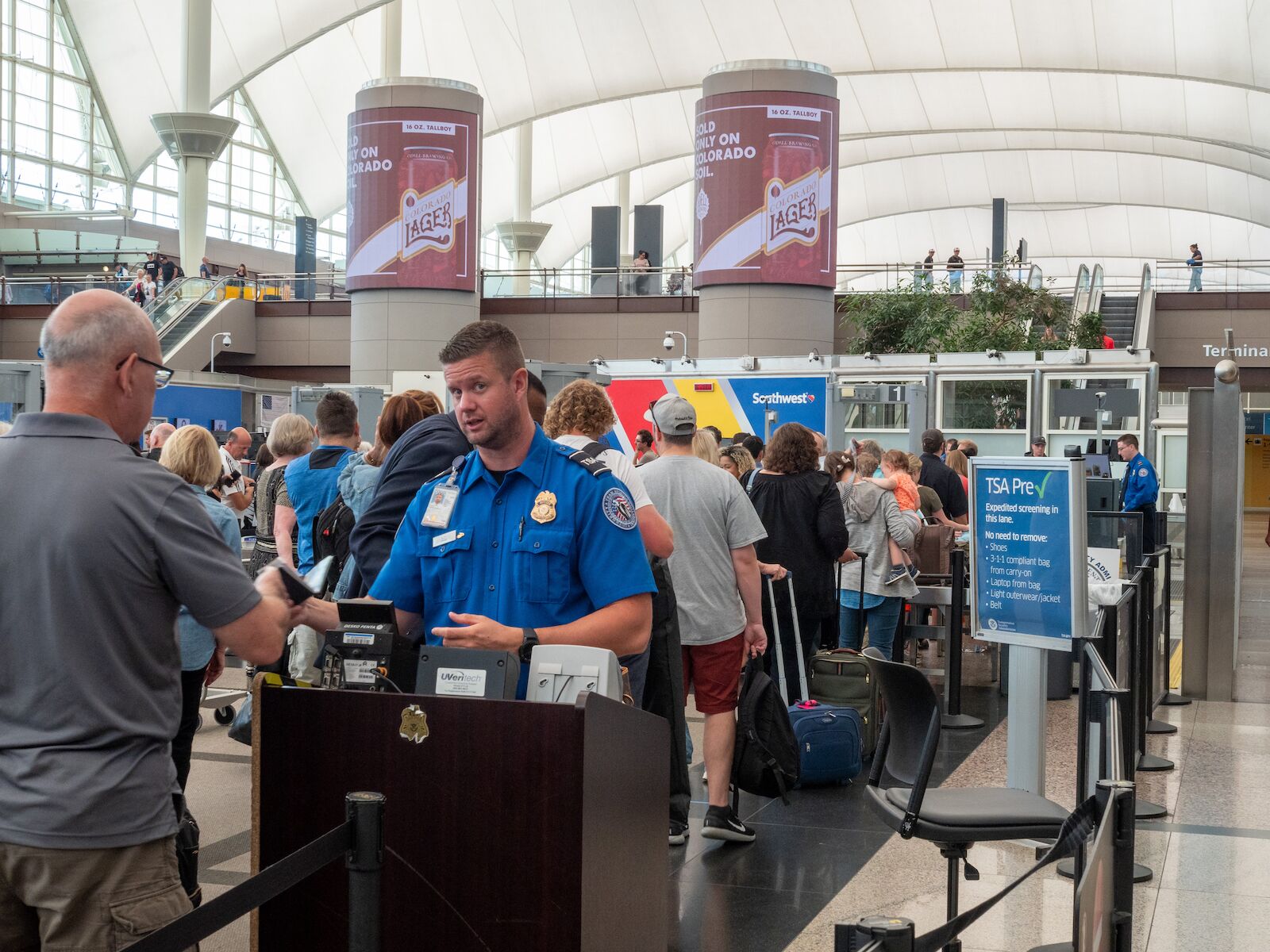 Similarly, this rule started as a direct result of 9/11. The government wanted to limit the number of people in boarding areas who could be considered a threat. You can still greet loved ones at the gate at select airports, but only if you’re accompanying a minor, a disabled passenger, an elderly passenger, or someone with special needs. To do so, you’ll need to obtain what is sometimes called a gate pass or escort pass. Some of these programs went away during the pandemic, but many have returned.

Why you have to take your shoes off at airport security 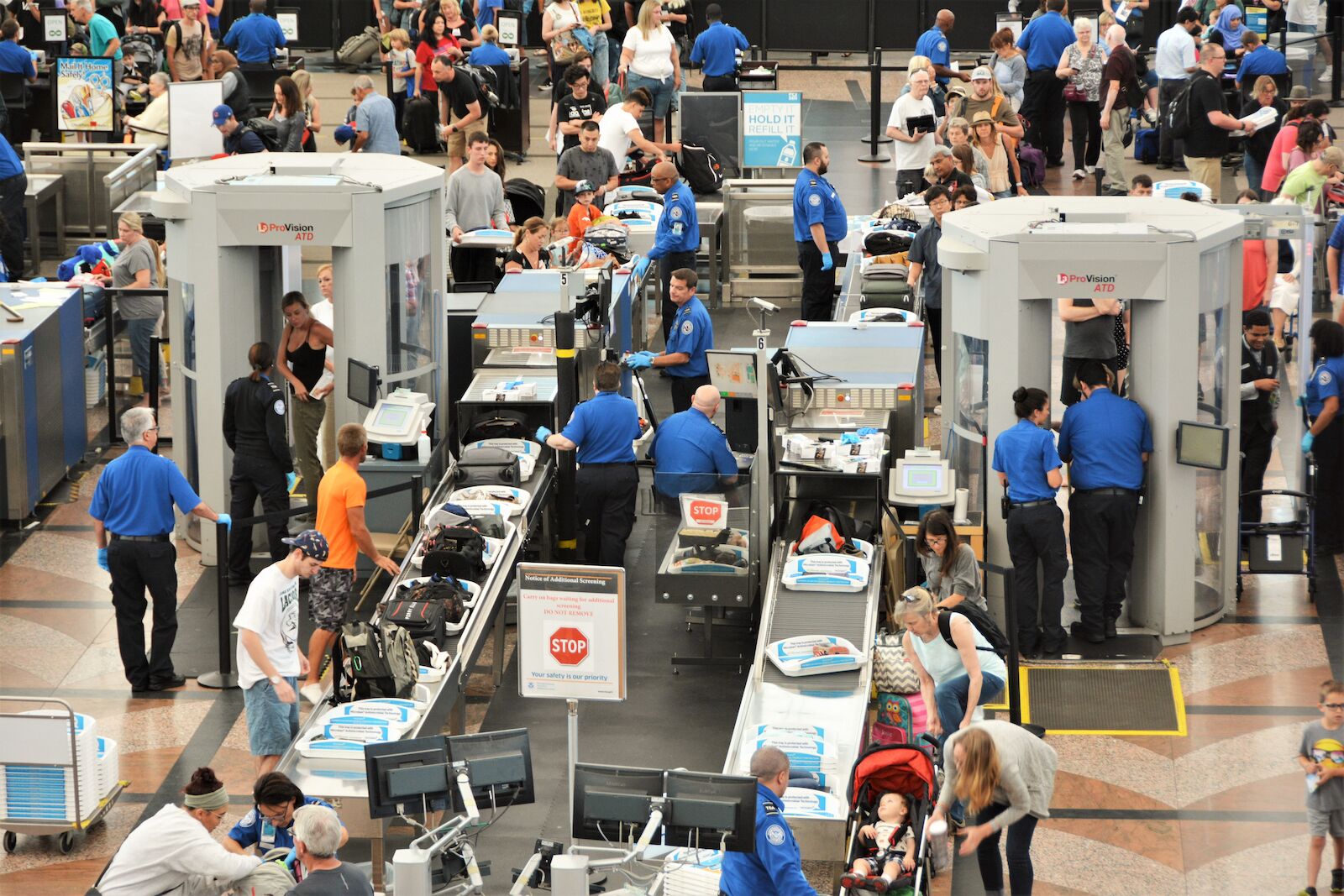 If you’re tired of the feeling of a cold airport floor (hopefully you’ve remembered to wear socks during your travels), you can thank Richard Reid. On December 22, 2001, British-born terrorist Richard Reid tried to set off explosives that he had packed in his shoes on an American Airlines flight from Paris to Miami. Passengers successfully subdued Reid, and the flight was diverted to the closest airport in Boston.

Regardless, the plot wouldn’t have worked. It turns out that while Reid had carried on enough explosives to blow a hole in the plane, rainy weather and Reid’s foot perspiration made the fuse too damp. Yes, these passengers likely have foot sweat to thank for saving their lives. Since the incident, passengers must take their shoes off at the airport and have them scanned. I suggest your slip-on sneakers or socks paired with Birkenstocks to get you through quickly. For the love of God, please do not choose lace-ups.

Why liquids cannot be larger than 3.4 fluid ounces 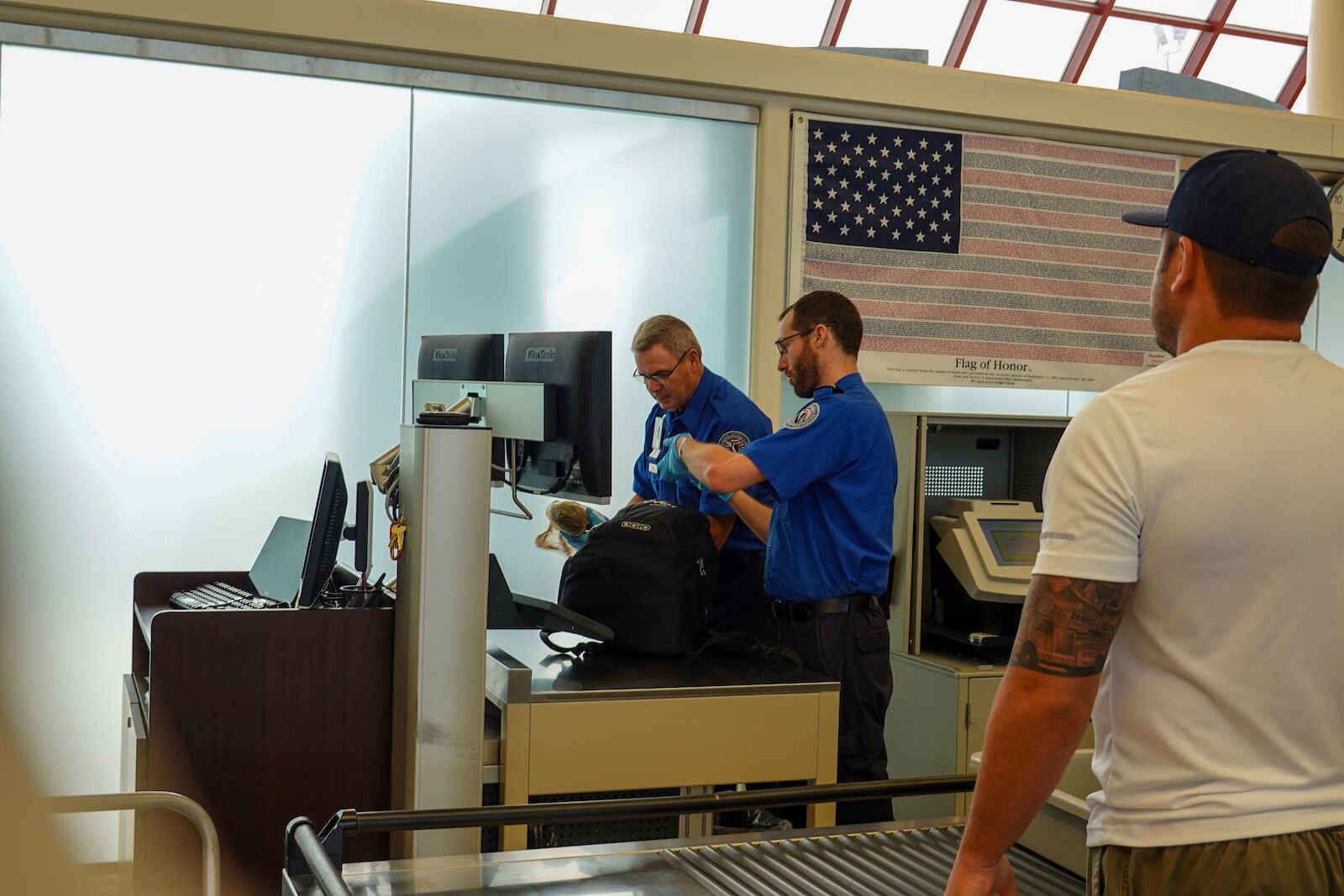 In August 2006, British authorities interrupted a terrorist plot to use liquid explosives on 10 aircrafts headed from London to the US and Canada. The explosives were to be disguised as soft drinks in plastic bottles. Following this, liquids, gels, and aerosols were completely banned from carry-ons until September 2006, when it was discovered that liquids under 3.4 fluid ounces would not be enough to severely damange an aircraft. However, full-size bottles might return to carry-on bags with a little luck. An airport in Ireland now allows liquids, gels, and aerosols of any size onto its flights after investing in CT scanners for carry-on luggage. The US plans to invest money into these machines as well.

Why there are body scanners and pat downs at airport security 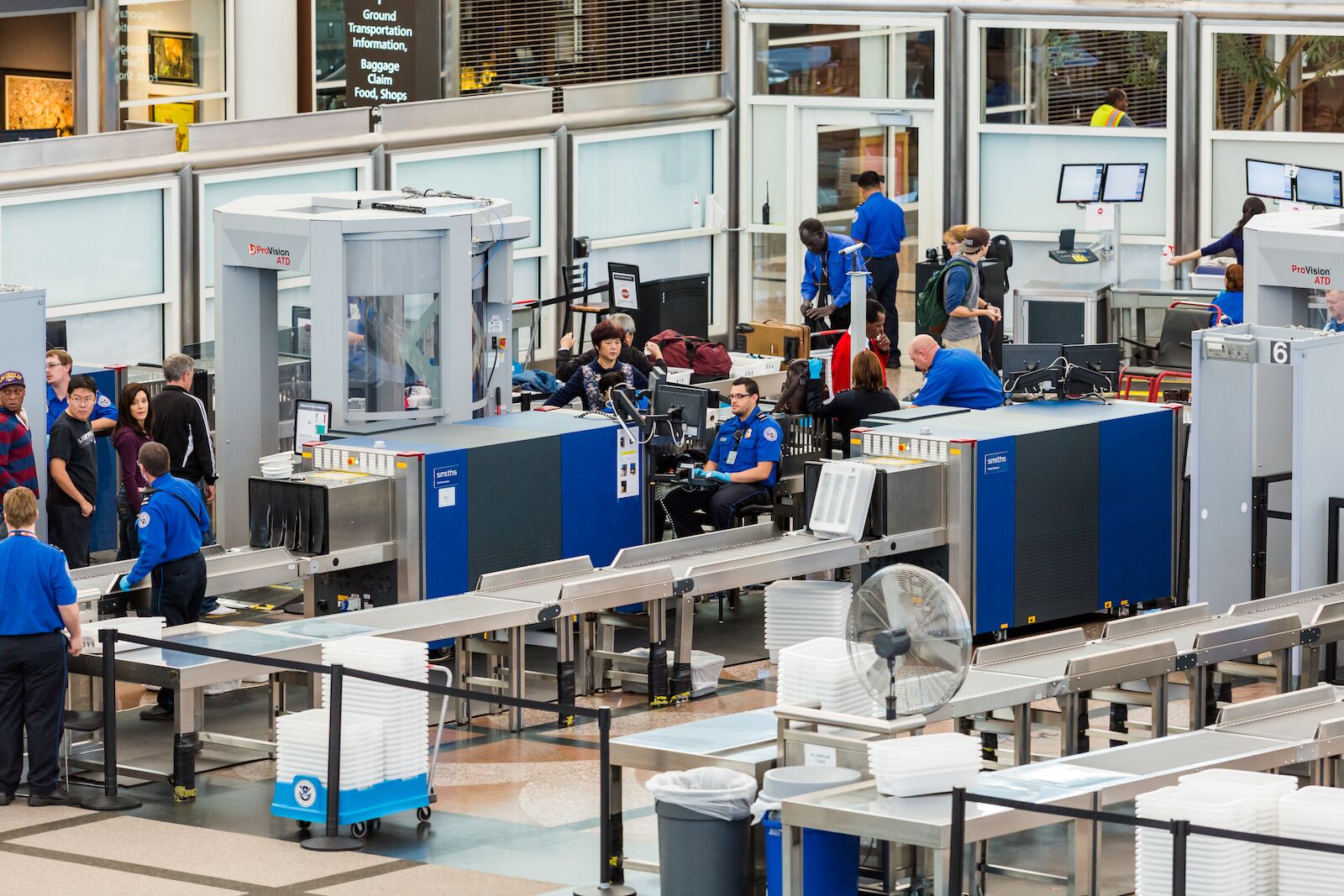 Gone or the days of simple metal detectors thanks to the underwear bomber. On Christmas Day 2009, al-Qaida extremist Umar Farouk Abdulmutallab boarded a Northwest Airlines flight from Amsterdam to Detroit and tried to detonate an improvised explosive device that he hid in his underwear. Abdulmutallab planned to blow up the plane once it was flying over the US. He went to the bathroom to mix the chemicals using a plunger. But the mixture didn’t explode as he intended. Many believe there was too much moisture after the chemicals were inside his pants for so long (sweat saves the day again).

Instead, the mixture only set his pants on fire and burned Abdulmutallab, who fellow passengers and crew members then subdued. Abdulmutallab is also one of the causes of transphobic and invasive pat-downs when TSA agents use gender bias before having people walk through full-body scanners. 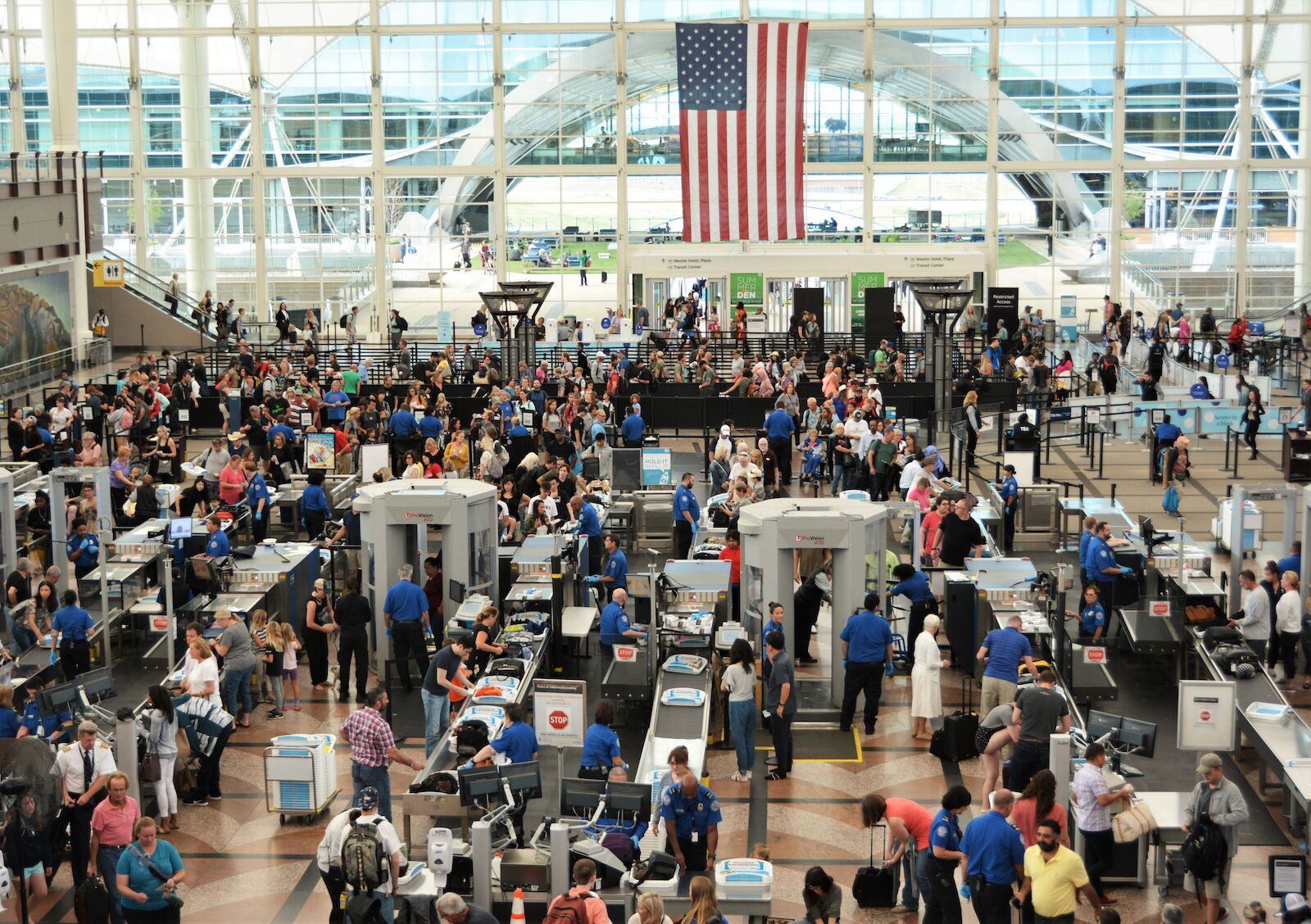 Electronics have been subject to scrutiny at airports long before 2001. In 1988, Pan Am Flight 103 exploded, killing 270 passengers and 16 crew members after a bomb hidden inside an audio cassette player detonated mid-flight. After that, the government added x-ray machines to airports for carry-on bags. But laptops started coming out of bags after 9/11 while, at the same time, the government was investing in CT scanners for checked luggage.

Security became worried that terrorists might hide items under thick laptops, which are difficult for x-ray machines to see through. In 2017, the TSA announced that an “increased threat to aviation security” will lead to increased security measures and that pulling out electronics bigger than a cellphone will allow scanners to receive a clearer picture.

There are some concerns that airport security has become more stringent for no reason. In fact, studies show that TSA screenings are not reliable in actually stopping a terrorist attack. This is something that’s typically done by other authorities or by passengers and crew once a plane is already in the air.

Regardless these are the rules that we’re stuck with for now.

Technology + GearWhen Global Entry and TSA PreCheck Are Worth It, and Which To Choose
Tagged
Airports + Flying United States
What did you think of this story?
Meh
Good
Awesome