Every year, the International Photography Awards (IPA) showcase talented photographers from around the globe, delivering a collection of stunning images. The topic for this year’s single-image contest was movement.

“The idea that everything moves, changes, and evolves, is such a great concept to explore through photography. It’s been inspiring to see how photographers of all levels of expertise have captured this concept in its many forms — universal, abstract, human, and machine. Even though it seems the whole planet has almost come to a standstill, through these images we see that life goes on and moves forward,” Hossein Farmani, the IPA’s president and founder, shared in a press release.

Participants ran with the theme, producing a series of stunning photographs. From a graceful flying frog to dozens of Chinese farmers methodically carrying out their daily chores to a snow-covered Porsche in the Austrian Alps, here are the winners. 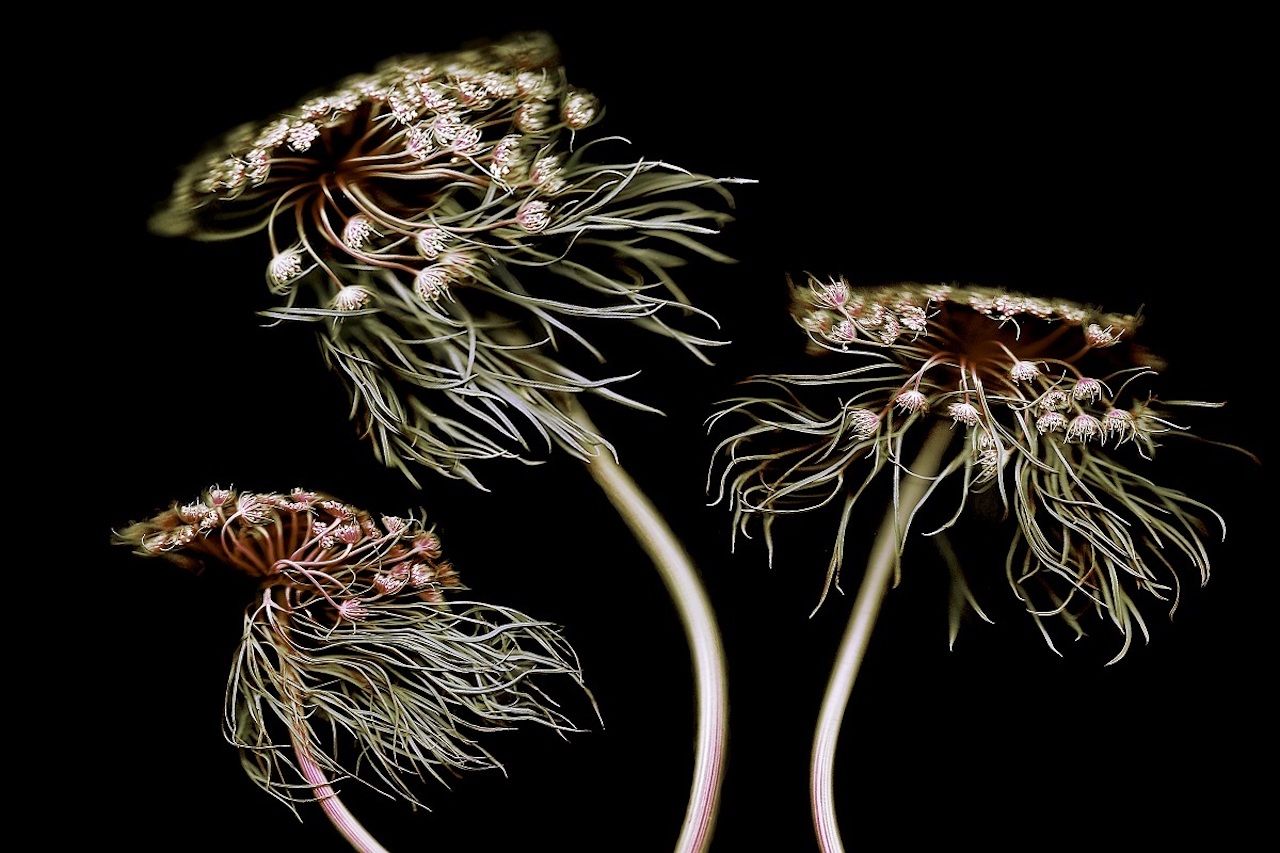 Anne Mason-Hoerter won the Photographer of the Year award with her dynamic and intricate shot of wild carrots. It took Mason-Hoerter over 50 attempts to get the result she desired. She was also awarded first place in the Fine Art category. 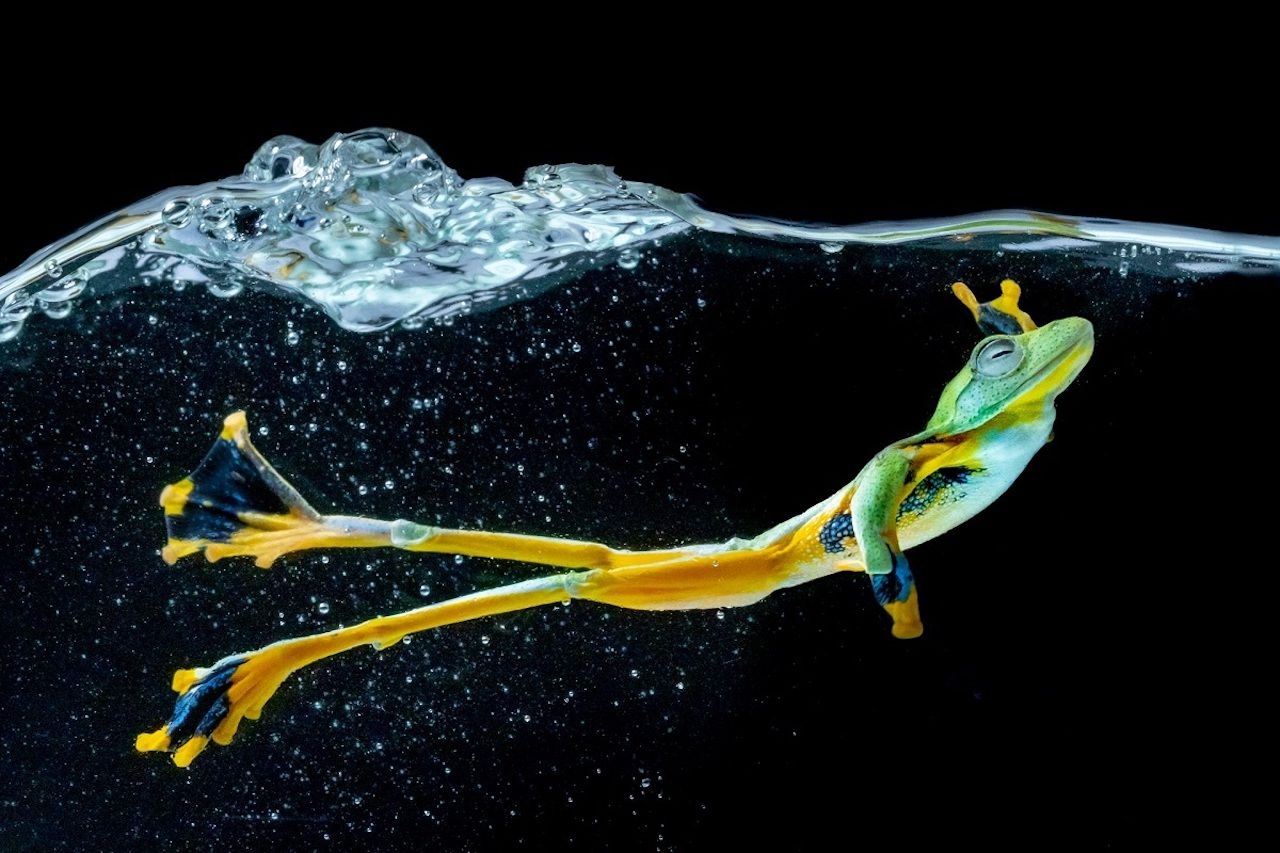 The Nature category had some jaw-dropping submissions, but first place went to Teo Chin Leong for his flying Malaysian moss frog. The vibrant image was captured with a Sony a6500. 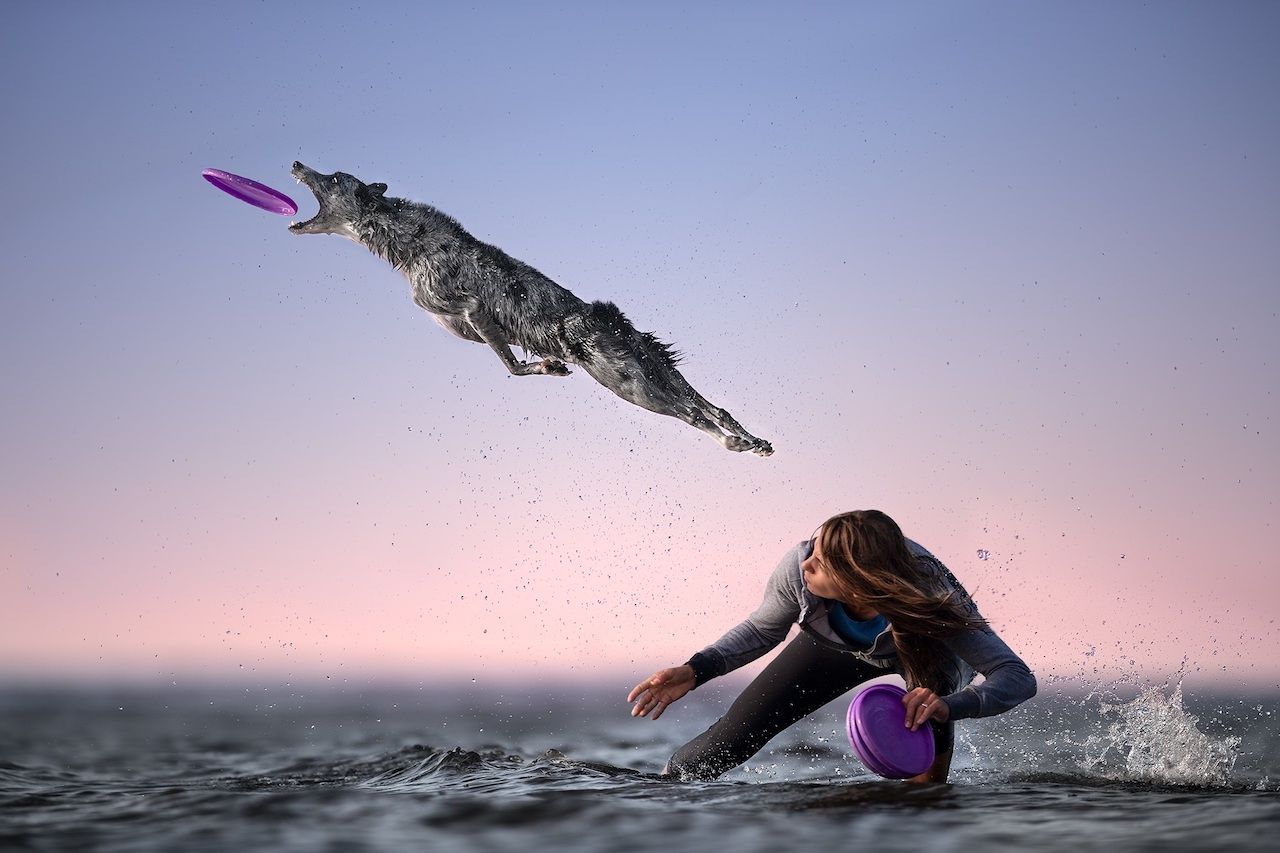 The second place in the Nature category was awarded to another dynamic photograph — a dog on the verge of catching a disk at sunrise. Claudio Piccoli, the creative mind behind the work, explained that he loves portraying dogs as superheroes. 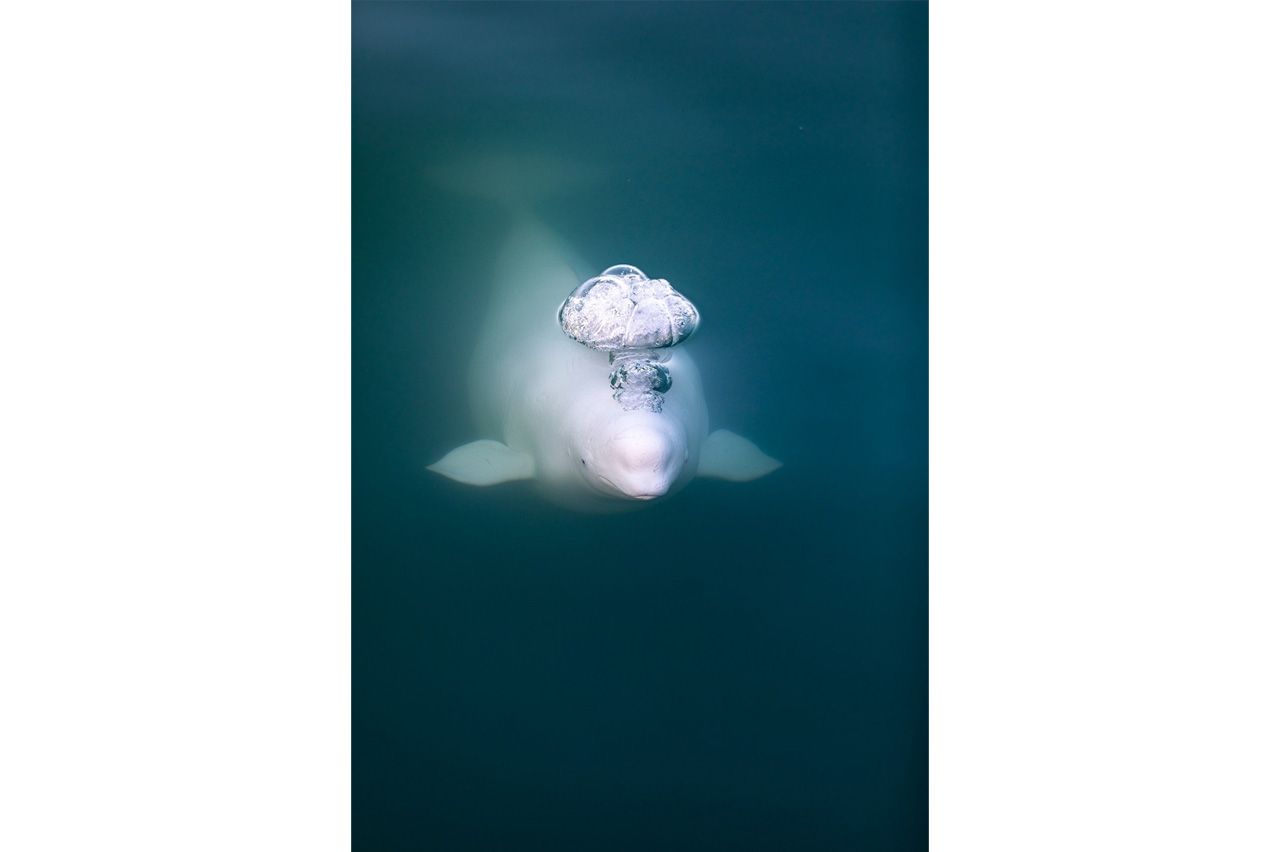 Jean-Christophe Lemay’s beluga whale snagged the third prize in the same category. The image was captured in St. Lawrence, Quebec, aboard the CCGS Amundsen. On the fifth day of a two-week expedition, Lemay was able to observe the whale up close and snap this stunning photo. 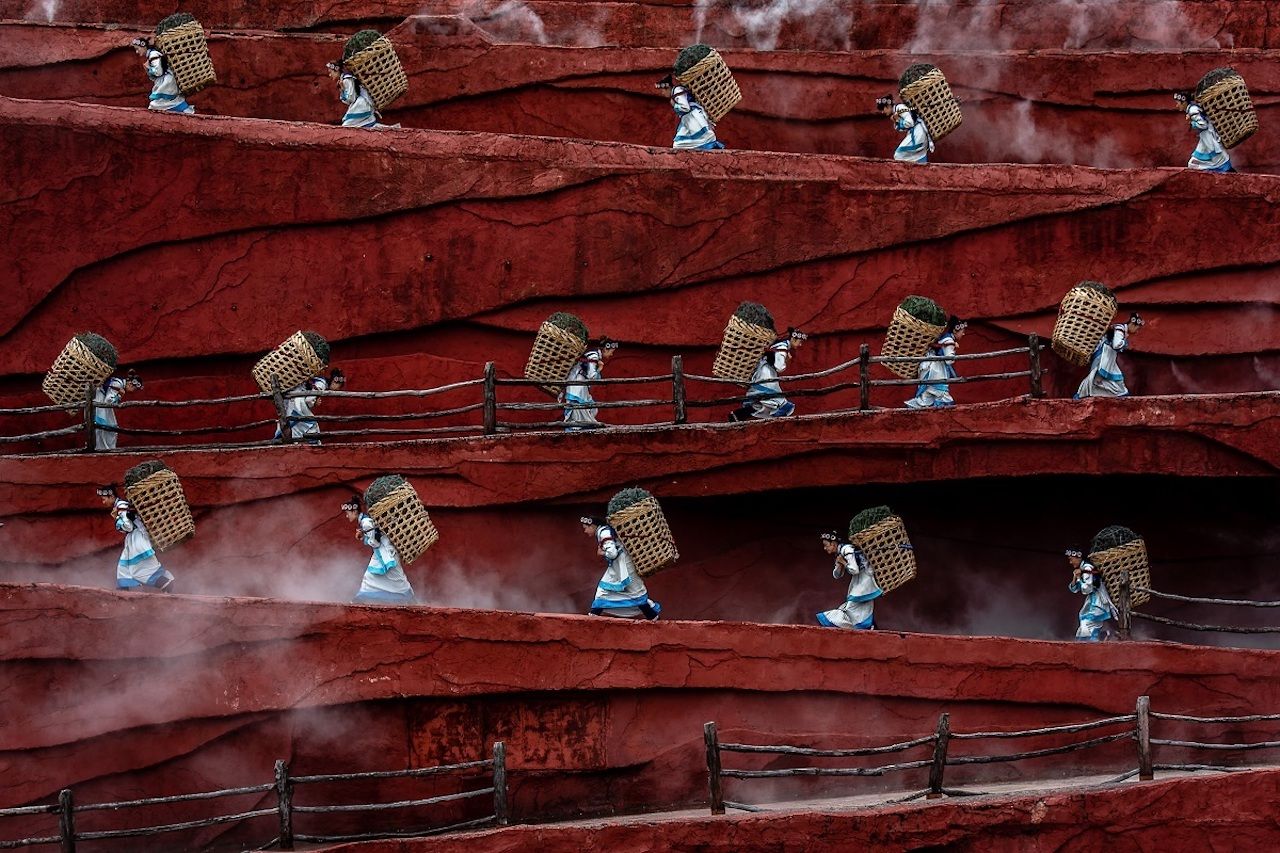 First place in the People category was given to Jacopo Della Valle for his image of Chinese rice farmers. “China is one of the great producers and consumers of rice but near Lijiang, in Yunnan, women belonging to Bai, Naxi and Yi ethnic tribes still harvest rice by hand, following their ancient traditions,” the artist explained. The scene of the farmers working in unison was captured with a Nikon D750 using a Tamron 98mm lens. 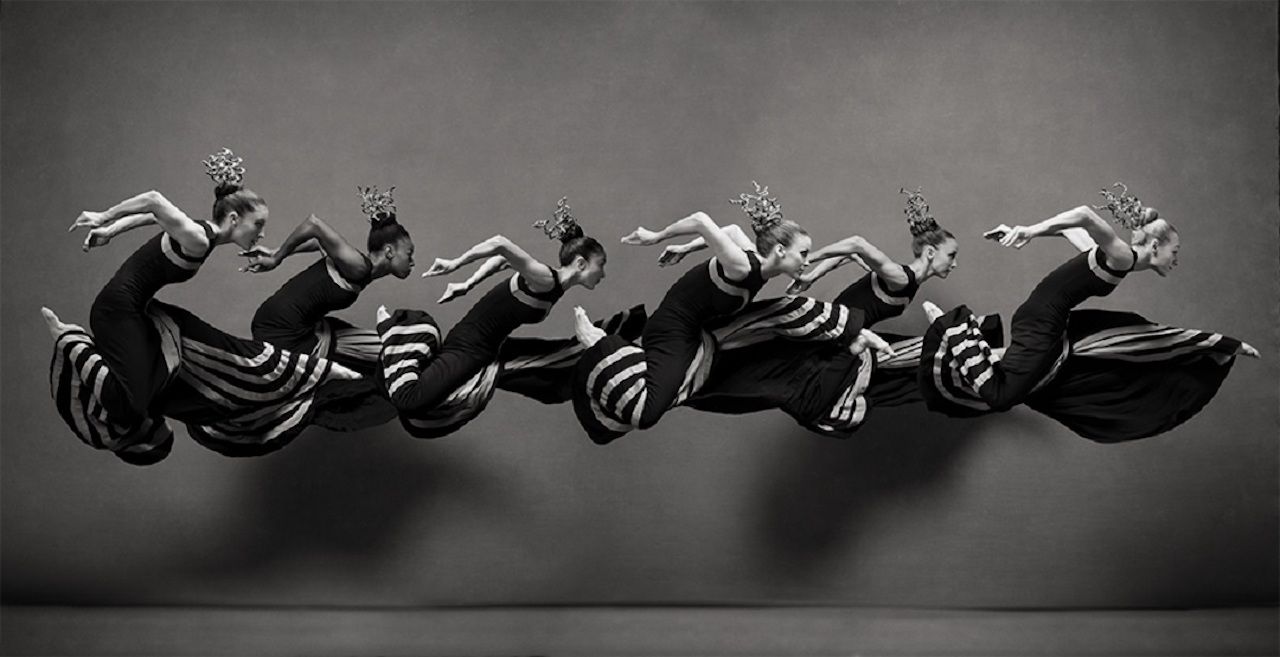 Ken Browar and Deborah Ory of NYC Dance Project received the second-place award in the People category for their shot of six dancers suspended in the air amid performance. The scene is a part of “Night Journey,” choreography by the Martha Graham Company that’s based on the Greek myth of Oedipus and Jocasta. 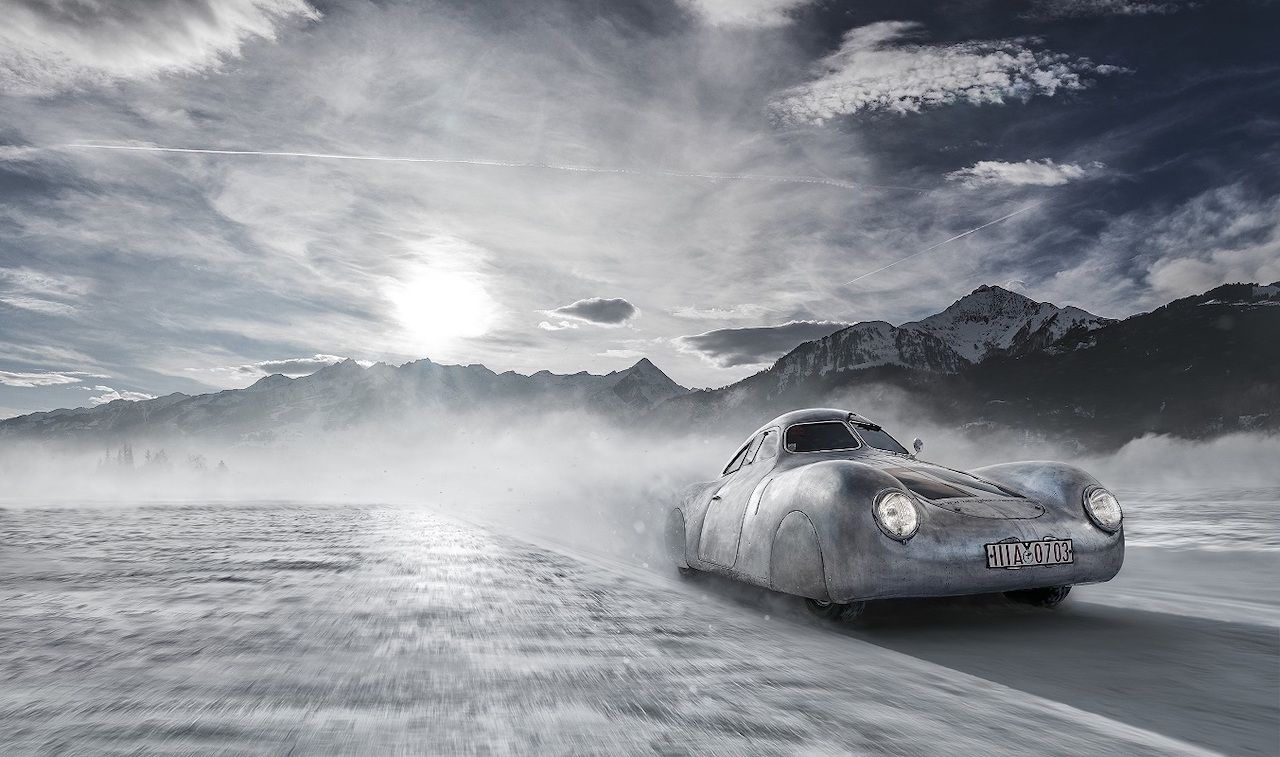 Richard Seymour claimed second place in the Technology-Machine category with a haunting image of a replica Porsche Type 64 at the 2020 GP Ice Race in Zell am See, Austria. The photo portrays the roaring vehicle in motion, tearing through the snowy plane and dispersing clouds of fine powder. Like a chameleon, the snow-covered Porsche becomes one with its surroundings, in shades of white and gray.