A Hawaiian woman named Amanda Eller stumbled into her own version of Survivor on May 8, and luckily lived to talk about it. Eller had gone for a short forest hike on the island of Maui, but when she briefly left the path to rest, she got turned around. She went deeper and deeper into the forest, and fractured her leg when she fell off a cliff.

“I heard this voice that said: ‘If you want to live, keep going,’” she told The New York Times. “And as soon as I would doubt my intuition and try to go another way than where it was telling me, something would stop me, a branch would fall on me, I’d stub my toe or I’d trip. So I was like, ‘OK, there is only one way to go.’”

The 35-year-old yoga instructor’s car was found in the Makawao Forest Reserve parking lot with her phone and wallet inside. Her parents offered a $10,000 reward, and hundreds of volunteers combed the forest searching for her. After 17 days, she finally saw a rescue helicopter overhead.

According to her rescuers Javier Cantellops, Chris Berquist, and Troy Helmers, Eller was discovered in the bed of a creek with waterfalls on either side. She had managed to survive by staying close to water sources and eating wild raspberries, strawberry guavas, and moths. 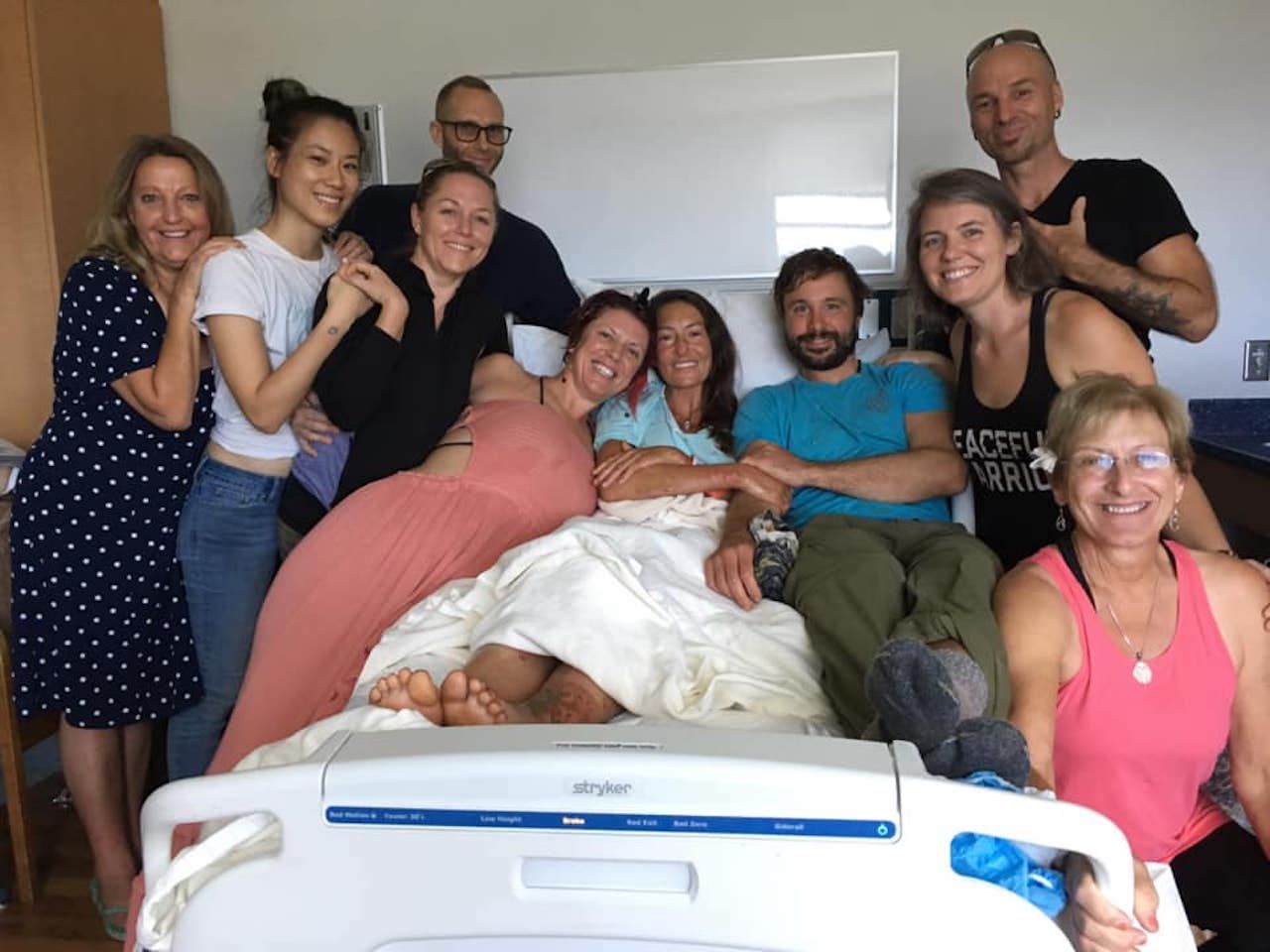 When she was reunited with her rescuers on Monday at a community gathering, according to Today, she praised their efforts. “You guys are the heroes. I am not the hero, I am just the girl sitting here healing my ankles,” she said. She also thanked the hundreds in her community who contributed to the search and rescue efforts. “I’ve never experienced anything like this where the community is showing up with so much freakin’ heart and so much passion, and these guys were not going to give up on me, thank God!”

According to her friend Sarah Haynes, Eller has “a little bit of a one step backward, two steps forward situation, but she’s spiritually great. She’s going through a very grueling process on her legs, where they need to remove the tops of the wounds and it’s very painful, much like a burn victim.”

Haynes also said that Eller’s optimism and perseverance are what allowed her to get through the ordeal alive.

8 stunning trails you need to hike in Hawaii
Tagged
News
What did you think of this story?
Meh
Good
Awesome