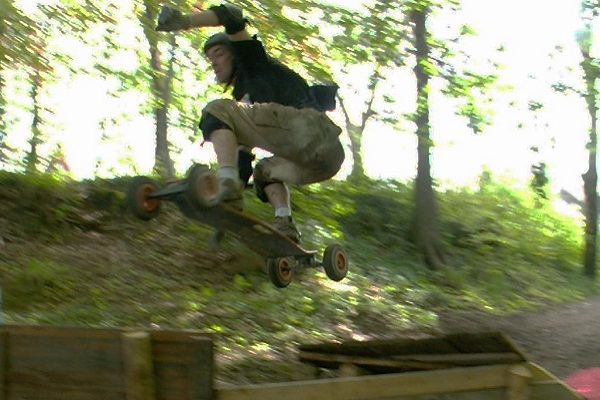 This winter has been an unusually warm one in parts of the US. While that’s good news for anyone with a driveway to shovel, it’s more than a little annoying for skiers and sledders. Worse yet, if climate change continues, it may not be a one-time occurrence.

There are ways to have winter fun without snow. We took some inspiration from warmer locales and put together this guide to three winter activities that don’t require the white stuff.

Over the past several years, mushers in the upper Midwest and many other parts of the US have been frustrated by a lack of appropriate snow cover, leading to the cancellation of several sanctioned races. Some have turned to the sport of dryland dogsledding, or dog carting, to keep busy.

Dryland is essentially the same sport as its wintry cousin, with the difference that the musher rides on a wheeled “rig” instead of a traditional sled. Many modern rigs are tricycle-style contraptions, with ATV or mountain bike tires and built-in brakes. Other mushers use a two-wheeled scooter-style rig, usually with a pair or small team of dogs.

US rig manufacturers include Artic Rigs and Arctis. In Europe, Cudos and Culpeppers both produce equipment.

Instead of waxed decks and powder, this snowboarding alternative uses pneumatic tires and spring-loaded trucks to let riders tackle a wide variety of downhill terrain. Mountainboarding disciplines range from downhill mountain riding to terrain-park freestyle, and can be held in almost any environment with a slope, from woodland to ski resorts.

Mountainboards don’t come cheap: a new setup will run you $150-$500, depending on what brand and features you’re looking for. On the plus side, if you kite, mountainboards work equally well on flatland.

If snowless winters are frustrating for mushers and snowboarders, they’re an even bigger bummer for little kids, who end up on missing out on sled season.

A warm weather alternative that’s popular with some kids in warm-weather places like southern California is ice blocking, which is pretty much exactly what it sounds like. Riders sit on a large block of ice and slide down grassy sled hills on it.

The activity can be damaging to grass, and has been banned in some municipalities. Another option for people who are less willing to sit on a melting block of ice is the Slicer sled, a year-round sled that uses freezable, snap-in panels to glide down sled hills without snow.