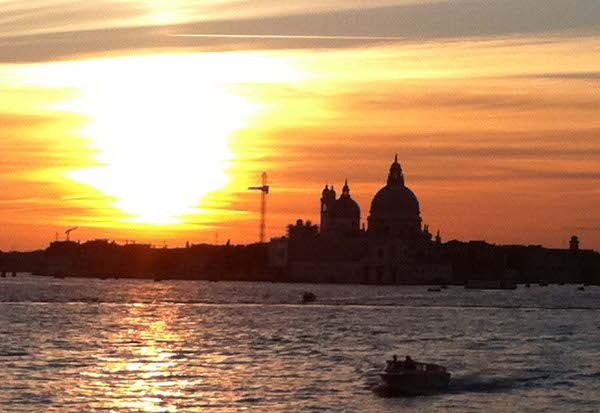 Venice Sunset. All images and feature image by the author.

Taylor Chase finds a place to run in a city of water.

They said there was nowhere to run in Venice. The streets are too small, the alleyways ending at infinite water. But as a running guide writer I had to find a route through Italy’s maritime capital. So I stepped onto the street and went to work.

It always feels good to be outside, unburdened of my backpack, my guidebook, and my fatigue—the light freedom that comes from leaving everything behind at the hostel.

I had done this on eighteen locations during my European research trip. Some places were bustling megalopolises where I choked on pollution and pride as I wove around well-dressed, office-bound pedestrians. 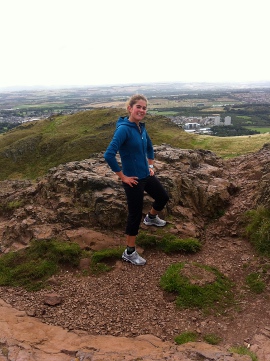 In some places I crashed with former travel mates, and stayed up late while sharing wine and stories of our lives since the last time we had seen each other. In some places, like Venice, I was alone.

But when you run you are never alone, I thought as I turned right and headed towards the center.

I emerged onto Piazza San Marco, Venice’s ancient epicenter. As the famous cathedral stretched high above the open square, the infamous pigeons attacked a teenage girl taking a photo.

Yes, it’s beautiful, I thought as I sped past the crowds, turning left at the water to continue down the quay. I continued at this pace down the coast.

I am a traveler that loves history and loves the majesty of foreign lands. But more than anything, I love travel’s “x-element,” its unknown adventures. 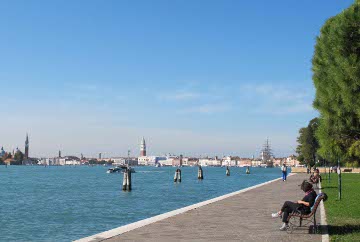 In a world where so much has been done and said and discovered, I love to create something new when I go to a place unfrequented by many.

Was Venice more fascinating than the unmarked paths I had run through Tallinn, Moscow or Montenegro? I would trade all the Venices in the world for one shot at any of them.

But my trip to Venice was not about x’s, I had to remind myself. It was about running guides. Yet the further I ran along the quay, the closer Venice worked its way into my heart, which started to beat faster and not because of my pace.

As I ran further along the water, Venice revealed herself to me. The water, the bridges, the x of travel’s mystery began to emanate from them.

Passing Venice’s islands draped in sunset’s gold brought me to a different vista: one of green pastures sloping gently to the foot of French Alps covered in early-morning mist. As I ran I could feel previous foreign runs returning to me. The highlands of Scotland. The trails of New Zealand, when I had been sixteen, abroad and alone. Upon rounding a corner I found myself suddenly enveloped by that vision, by adventure’s x. 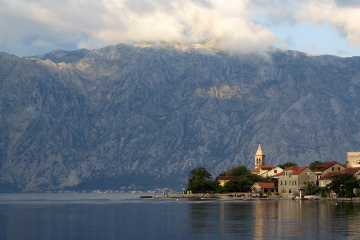 In each country I travel to, on each run I take, I’m still chasing that first run, that first feeling, trying to call it back.

Then, in Venice, I was twenty-seven, abroad and alone. And the feeling of the unknown didn’t come the way it once had, but it manifested in new ways, like when I approached Venice’s Public Gardens. I could see a clear path in the gardens along the water.

I sprinted there, the thrall of adventure back in my veins. The gardens ended at a corner of the Venetian lagoon, and I couldn’t see around them. If the path continued, the Venice route could be run. Two miles out. Four total. Research complete.

I had done what they said I could not do. Never in the thirty-five countries and seventy destinations I had researched during my career had I been to a place I couldn’t run. I took a deep breath and rounded the corner and thought, I won’t start today.

If you’re ready to get started running long distances, check out this guide on on mSports.

Tagged
Running Italy Venice, Italy
What did you think of this story?
Meh
Good
Awesome

5 Historic Cafes That Every Coffee Lover Must Visit in Venice

New Flood Barriers Held Back High Tide in Venice for the First Time in 1,200 Years

How To Visit Venice Responsibly