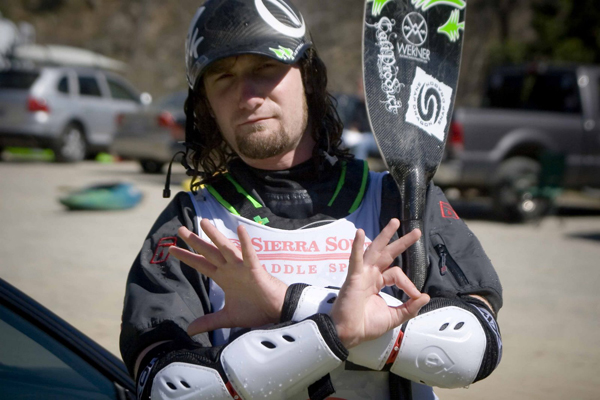 Matador raps with Shon Bollock, one of the Shasta Boyz, a paddling crew from Mt. Shasta, California, making it look real easy.

Where you grew up / Where you live: Mt. Shasta CA/ Santa Cruz CA

Occupation: Currently I am a student full time and White Water Boat Rider the rest of the time. Shasta Base Camp is my local shop in Shasta that I paddle for. The owner Styles Larsen has truly believed in me as an athlete and helped me get where I am today.

School (past / present) and what you’re studying: 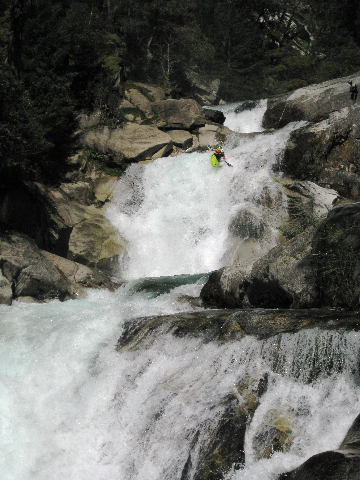 I grew up in Mt Shasta, going to the high school there until the end of my senior year, when I decided it was time to commit to a sport if I was going to try and excel to the professional level.

Currently I am going to school at Cabrillo College, a JC down in Santa Cruz where I am studying Sociology and planning to attend film school at UC Santa Cruz.

In high school I played soccer and basketball until I began to kayak, which quickly took over my life.

When / How you started paddling:

I had some scary river experiences when I was younger that almost deferred me from boating the rest of my life, but my persistent father got me a Necky Gliss for my 15th birthday and I hit the lake or river everyday after that.

The Sacramento plus the amazing tributaries feeding this drainage like Slate Creek, Mears Creek, and all the world class kayaking within a couple hours of Shasta.

Local Crew:
Our local crew is called the Shasta Boyz. These are the local paddlers that aspired me to push myself as a boater. Devin and Ryan Knight, the founding fathers of Shasta Boyz Productions. They taught me essential safety and group tactics that have helped me get to where I am today.

Although neither Devin or Ryan pursued sponsorships by anyone, these boyz are some of the best paddlers I have ever seen simply because of their group awareness and simple ability to huck when needed.

Not a pure bread Shasta Boy, but our good friend, Ben Stookesberry has always been a part of the crew pushing us all further than were willing to go, but with the knowledge that were hucking with one of the best expedition kayakers in the world. He has been a huge influence on all of us and there is no doubt he inspired the creation of Shasta Boyz Productions to what it is today.

My personal sponsors are: 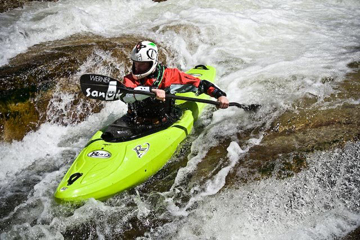 I have participated in some small time roots film stuff and plenty of online videos, but as of early 2010 Huckin Huge‘s new film will have an athlete segment featuring yours truly. Along with that feature film, Shasta Boyz Productions (myself, devin, and ryan) are putting together a roots film titled “Wet Dreams” that will premier in late August.

Biggest / hardest lines your crew is pushing right now: Where? / What?

It’s hard to put a finger on the hardest but our boyz are always looking for the most challenging white water around. Most recently all the Shasta Boyz were able to get together after some serious rain and fire off a rare waterfall with a once in a lifetime flow. Just outside of Mt. Shasta, Middle McCloud Falls has been ran a few times at flows lower than 1400 cfs, the day we saw it was well over 2800 cfs and a big brown curtain.

This isn’t the largest freefall to deal with, 50 feet, but it is very intimidating when scouting from up high. Dev and Ry had both ran it once before but it was my first. We all had great lines making it safely to the bottom with only a few easy swims to account for. 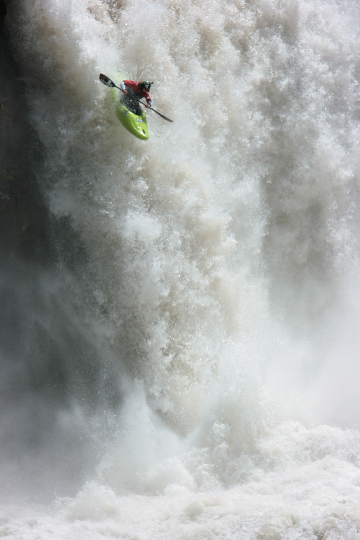 Our crew is determined to look for the most challenging white water around, but at the same time we all have work or school needing attention, so it makes it more challenging to all meet and go paddling as a crew these days.

I am packing my life in Santa Cruz and moving home to Mt. Shasta for the summer. The plan is to kayak and make money for school.

There is lots of high Sierra stuff I want to get into and trying to get to Chile, Mexico, or Hawaii this winter for some filming as well as our current project “Wet Dreams” coming in Aug.

Never put limits on what you expect to paddle, your mind is the only limitation and your body is the machine built to defy those limitations.

In Shasta, during my lifetime, there haven’t been a ton of rivers “ruined” but the events that come to mind are the Box Canyon Dam and the Upper Klamath Dam. Both of these were put in long before me but the long-term effects are starting to show.

The UK Dam has been around for so long that the silt is becoming a real issue to where they are considering taking it out. The Box Canyon Dam, at Siskiyou Lake, could have featured some of the best white water in Box Canyon but when the dam was put in the canyon was engulfed in water and hundreds of families had to move to allow for the lake.

Bottom line is that Dams are a temporary solution for a long-term problem, and we need to develop new solutions that don’t clog the veins of our earth.

What did you think when you heard / saw footage of Tyler Bradt’s run at Palouse falls?

Tyler has been one of the most talented big waterfall runners I have ever seen, and I couldn’t think of anyone more appropriate for the challenge. His feat has changed our kayaking world forever and has opened a whole new world of possibilities. I spoke to Rush the day before he fired it off and he had the best support crew anyone could ask for. His mental achievement alone is something to be admired and respected within the kayak community.

Please check Shon and Shasta Boyz at his blog, or connect with him at Matador.