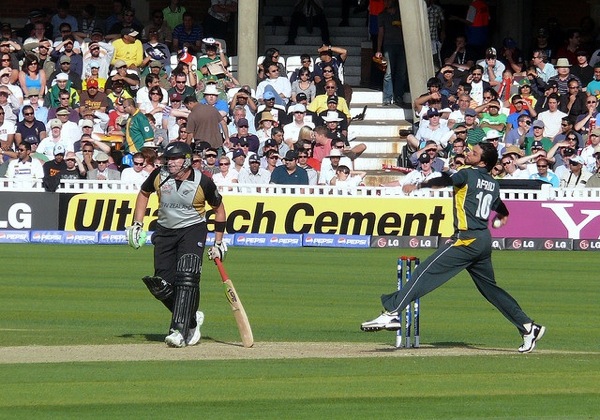 Pakistan’s cricket star and captain Shahid Afridi, who retired from the sport in July after losing a Test game against Australia, announced last week that he has launched an aid campaign for the millions affected by flood-stricken Pakistan.

In this summer’s monsoons, Pakistan has been hit by its heaviest flooding in 80 years, resulting in the worst humanitarian crisis in its history. It is estimated that the death toll will rise from the current numbers of 1,400 to 3,000 and that 14 million Pakistanis have already been affected by homelessness, hunger, and increasing incidence of water-borne diseases. The country’s southern and northwestern provinces have been particularly hard-hit.

Following a visit to the northwestern province Nowsherhra, Afridi, arguably the most popular cricketer in Pakistan and the holder of the highest career strike rate in the history of international cricket, began raising funds in the United Arab Emirates, stating that it is his duty to help his country in a time of need.

Afridi is not the only one in the cricket world who has rallied to assist Pakistan. Other “test” cricketers have also appealed to international cricket fans to donate towards the flood-relief.

English cricket captain Andrew Strauss has joined current Pakistani captain Salman Butt, in stating that his “thoughts are with the Pakistan team and the millions of people devastated by the floods in Pakistan.”

In addition, the heads of the Pakistani and English cricket teams are working on exhibition matches to help raise funds for the victims, proposing to to pit Pakistan XI against stars from various countries. Pakistan and England in 2005 played fund-raising cricket matches to help victims of that year’s earthquake in Kashmir.

Learn about some of the politics that have influenced Pakistan in the past decade at Brave New Traveler.