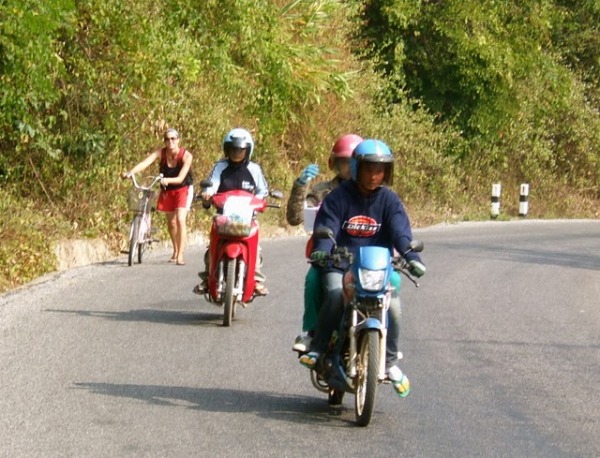 Olivia Dwyer recounts her travels and the bicycles that accompanied her as part of our Gear as Memoir series.

MY DAD HELD THE SEAT BEHIND me with one hand and placed his other over mine on the neon green handlebar. He took three steps and pushed me ahead as I pedaled unsteadily on the black bicycle with training wheels. Feet churning, body weaving, head down, I watched in amazement as I made the front wheel turn down our dirt driveway. 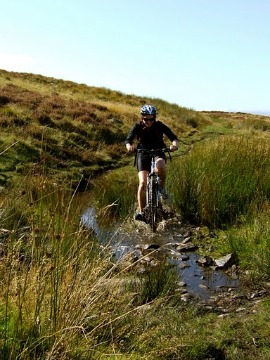 With four kids in my family, bikes were an item that got handed down. But mine was different, purchased new for me by my mother. Jib was an original design, built by a man who had moved to our town in upstate New York and opened its first bike shop. He named it after his chocolate lab, who I’d see napping in the afternoon sun outside the shop whenever I rode by. In the summer, I used my bike to travel the three miles from our house to the local swimming hole, where I’d meet friends and lie in the sun myself.

Jib had 18 gears, all of which I’d later miss dearly when riding a single-speed cruiser from Luang Prabang, Laos, to the Kuang Si waterfall, a 36-kilometer trip that went over a hill. On my ride back, I exchanged smiles with a gray-haired woman carrying a basket of grain twice her size. I didn’t complain about the hill that time around.

I rented another single-speed to ride from Phnom Penh to the Killing Fields with my boyfriend Johnny. After riding for a while, Johnny and I finally admitted to ourselves that we were lost, so we dismounted to seek help at a small store. The owners encouraged us to buy pens to take to a nearby orphanage, but once we got there, the guards at the gate turned us away.

We remounted our bikes and rode by a man and a boy harvesting wriggling creatures from a watery roadside ditch, then stopped for Cokes at an open-air restaurant whose red plastic chairs pointed towards a TV and away from the factory across the road. We picked up our route again. We knew we had arrived when we came face to face with a tower of skulls. 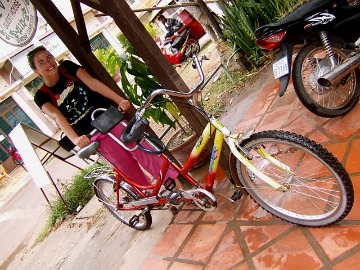 Some time later, we ventured out on a tandem bicycle from Siem Reap to Angkor Wat. Johnny steered the bucking two-seater through traffic, while I sat in the co-pilot’s chair and waved to tour buses and tuk-tuks, belting a song about “Daisy” and a bicycle built for two that I had learned back in my training wheel days.

My revelry was cut short when we hit a pothole. The impact of my healthy American weight snapped several spokes and warped the wheel, forcing us to push the bike seven kilometers from the ruins of the Great Temples back to Siem Reap.

There were fewer potholes in Melbourne, where Johnny’s cousins lent me a dusty mountain bike so I could save my pennies for a plane ticket home instead of spending them on public transportation. I sat at red lights in jeans and black Converse low-tops, surrounded by spandex-clad commuters with aerodynamic helmets and Velcro shoes that clipped into their pedals. When I wasn’t working, that bike and I sped along paths by the Yarra River and took the train to pedal along roads near the coast.

I found more country cycling lanes in the Lake District of England, where I rented a Trek 6000 and ventured beyond the hedgerows to try mountain biking for the first time. “Just keep your eyes where you want to ride,” Johnny told me, but on the first downhill I couldn’t tear my eyes away from a boulder in the heather ahead. I squeezed the brakes and stared right at the rock until the moment of impact. 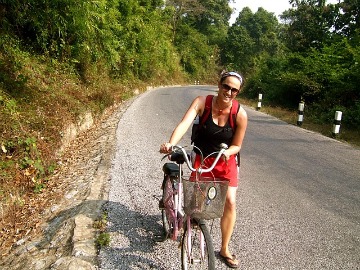 My landlord in Truckee, California let me use his 1986 Novara XC Sport. The bike was in pristine condition, despite being just one year younger than me. To cross-train before ski season, the Novara and I completed a 36-mile circuit around North Tahoe that included a 1,400-foot climb. I never did it again, but that bike and I made many excursions for work, groceries, and the occasional dose of fresh air.

The Topanga Diamondback I’m currently riding has carried me through the streets of London under gray and blue skies, through wind, rain, and hail. We’ll be together until I board my flight home at Heathrow in a few weeks. After that, who knows where I will end up or what I bike I will ride.

Learn how to choose your first mountain bicycle here at Matador Sports.