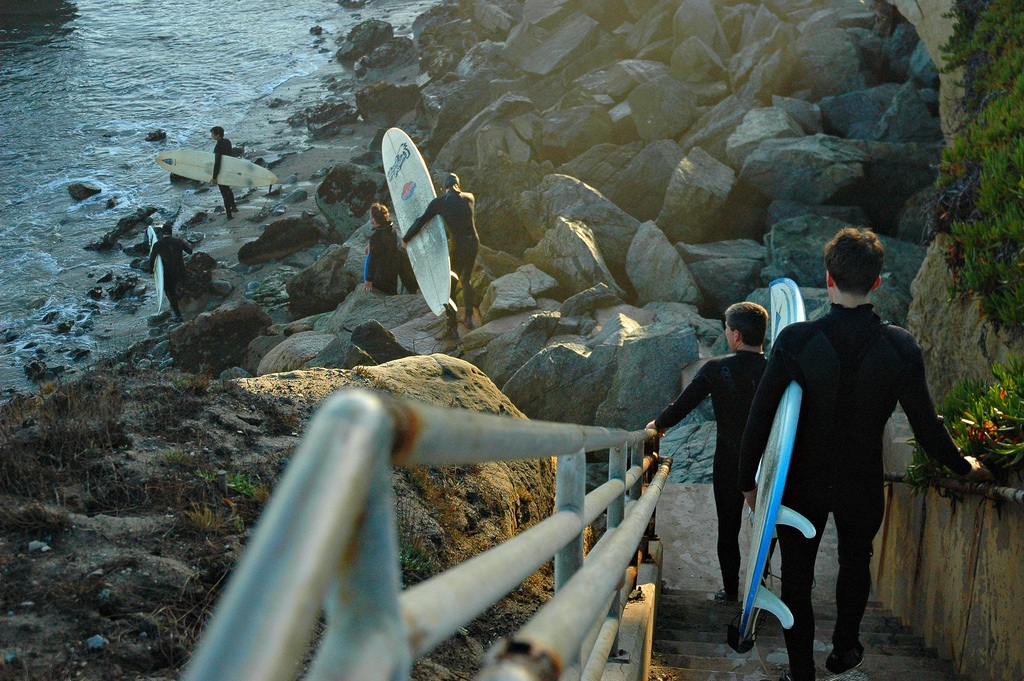 Getting respect starts with giving respect from the moment you arrive at a spot. Even if you’re intimidated, say what’s up to people; don’t act like they’re not there. Ask someone if you can follow them out or study how the locals are paddling out and give them time. Photo: Wonderlane

Unless you’re Kelly Slater, locals aren’t going to hand you waves. It’s about respect. Here’s what to consider before paddling out somewhere heavy or localized.

EVERY BREAK HAS ITS own set of rules and hierarchy. The heavier the wave, the heavier the enforcement. While there are many localized variations of surfing etiquette depending on the spot, almost all of the world’s surf breaks are run by two basic rules:

*Don’t snake or drop in on another surfer who is already riding the wave. This puts everyone at risk for serious injury.

*Wait your turn. Don’t paddle past all of the other surfers who were waiting and just go straight to the peak. You will be met by the Uncles (as we call them here in Hawaii) or Godfathers, and unless you’re a local, they will definitely tell you to paddle to the back or go home.

In addition to those two universal rules, here a few more things to think about:

Take your time before you paddle out.

Observe the area. Watch the lineup closely for a while and take mental notes on where the sets start breaking, where the best place is to paddle out, how many waves are being ridden, and whose doing the riding. Knowing these questions by simply taking the time to survey the break will certainly save you time and energy before heading out.

I usually determine all of this within ten minutes of observation, maybe a bit longer for the heavier spots.

Two’s a company, three’s a crowd.

Don’t come rolling up to a spot with your whole posse. If you think about it, charging the surf along with five of your bros will change everything about the session, especially if there are only a few surfers out. Be aware of the amount of people already out in the lineup. A good rule of thumb is to avoid increasing the numbers in the water by more than 25%.

Let the locals set the rhythm. 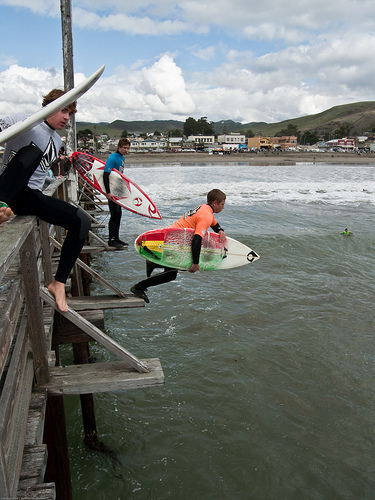 Take your cues from their actions and let them determine the pace. Do not try to out surf the locals. It doesn’t matter if you’re more skilled than them.

Try to take over the waves at that spot, and a local (or more than one) will almost certainly use his or her superior knowledge of the spot to confuse and frustrate you.

I remember one time when I was surfing my local break at Kewalos. Five guys arrived on the scene and paddled straight to the top at the peak, cutting in front of everyone else including the Uncles, who told them to wait their turn.

Ignoring them, one by one they each caught a wave.

That was the only ride they would ever get, as they were then totally bitched at and told to paddle back in, where they were being awaited for more heckling by the rest of the local posse on the shore.

Initially as a visitor, you’ll simply just have to take what is handed to you. Over time you will slowly start to see more chances open up for you as each session goes by.

If I wanted respect, yet were new and inexperienced to the spot, I would just sit on the inside or shoulder of the wave and catch the leftover waves left behind by the locals. Eventually, they’ll say “This guy’s cool: just minding his own business, maybe we’ll give him some waves.”

Arrive and leave the place on a good note.

When you paddle into the lineup next to someone, talk story first. Be friendly. A simple “What’s up man, how’s the waves today?” is a lot better than just sitting there and floating around pretending like he or she doesn’t exist.

When leaving, thank your fellow surfers for sharing the spot and apologize to anyone you might have dropped in on by mistake. Let them know they’re welcome to visit your home break in return. Simple gestures like these go a long way.

Looking for some great surf and travel guides? Check out Matador’s archive of surf stories from Vietnam to Portugal, Hawaii and beyond.

8 animals that take hallucinogenic drugs and enjoy it How one wildlife photographer captured this award-winning shot 7 best places to see dazzling bioluminescence For the perfect day of hiking and Colombian coffee, head to Jardín The secret islands of the River Thames that tourists don’t know about