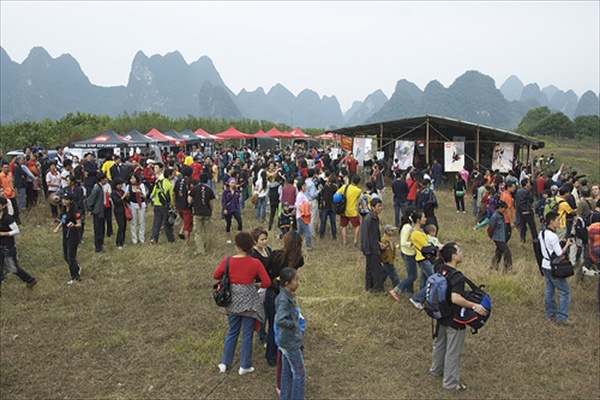 China has set the standard for sustainable rock climbing around the world with the second annual Yangshuo Climbing Festival.

THIS YEAR’S FESTIVAL took place in Yangshuo, China, from November 13-15. In recent years, Yangshuo’s popularity has skyrocketed, attracting bikers and rock climbers with its stunning landscape. With all the tourism traffic, locals want to ensure their home remains attractive and unspoiled.

According to the festival’s website, the event’s goals are noble.

“The twin goals of the Yangshuo Climbing Festival are to promote a sense of community among climbers throughout China in a fun, friendly, and casual atmosphere and to support the sustainable development of rock climbing in the Yangshuo area. The Festival organizers will donate the money raised via Festival entry fees to local Yangshuo development projects in an effort to encourage a long-term collaborative partnership between climbers and the local community.”

Greenliving Blog reports that festival attendees are hooked up with rental bikes in an effort to reduce the use of motor vehicles, and local traders are encouraged to sell food and drink to the climbers. 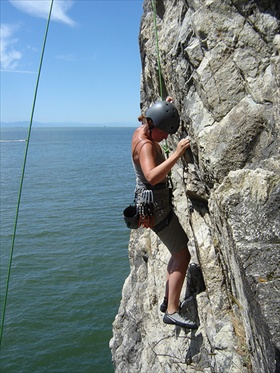 The following are a few tips offered by Leave No Trace Climbing for practicing sustainable climbing:

Be prepared. Make sure your equipment is in top shape, find a climb that meets your skill level, find out if the area requires permits and special practices, and carpool.

Cut the waste. Reduce the use of chalk, remove overused gear when leaving the site, and do not relieve yourself on grass near the climb.

Don’t mess with the route. Use removable protection whenever possible, check with local managers before placing any bolts, and avoid areas on the rock surface that require lots of cleaning. Don’t try to force a new route.

Know the surface that you’re climbing. Avoid areas prone to erosion, use quick draws when possible, and use established trails. Don’t wrap rope around trees, as it may destroy the bark.

Respect your neighbors. Don’t disturb the homes of animals that nest in the cliff face. Also, respect your fellow climbers by choosing less popular times to climb, reducing noise while waiting to climb, and stepping back to give other climbers the space they need.

Get some tips on how to become a better rock climber. If you’d rather live climbing adventures vicariously, check out our photo essay on trekking El Calafate glacier.

Flights to nowhere are growing, and they’re an insult to the planet
Stay overnight in a fire lookout tower for a sky-high wilderness escape
For the perfect day of hiking and Colombian coffee, head to Jardín
How climate change will alter chocolate as we know it
Crush your sports and training goals with these plant-based nutrition tips