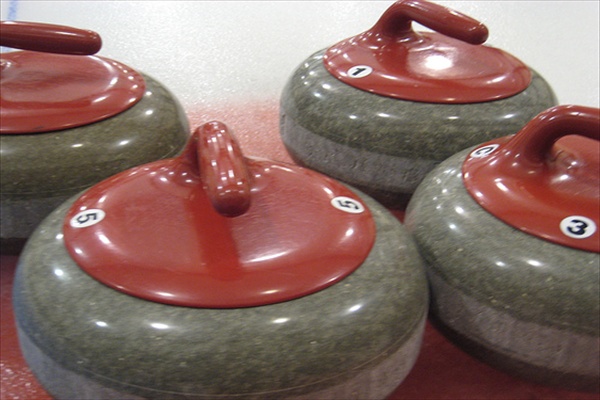 Curling is one of those weird, under-appreciated sports involving minimal action but lots of shouting of weird phrases that nobody else really understands.

A quick Google search for “curling sport” will lead you to dozens of resources, many of which are Canadian.

Eastern Canada is pretty big on the curling scene, especially my province of Newfoundland and Labrador. During the 2006 winter Olympics, Memorial University shut down so we could watch Brad Gushue and his team of Newfoundlanders take home Canada’s first Olympic gold in men’s curling. The first medal for Newfoundland in any sport, we’ve since named a highway after the team.

Where does curling come from?

The origins of curling are muddled, but some people believe it’s one of the world’s oldest team sports. A painting by 16th-century Flemish artist, Peter Bruegel, shows a curling-like activity being played on ice. In 1540, a Scottish notary named John McQuhin recorded a sporting challenge between a monk in Paisley Abbey and a representative of the Abbot in which a rock was thrown along ice.

The first recognized curling clubs were established in Scotland. From there, the Scots spread the sport to wherever they immigrated, particularly colder countries like Canada, Sweden, Switzerland, and the USA. 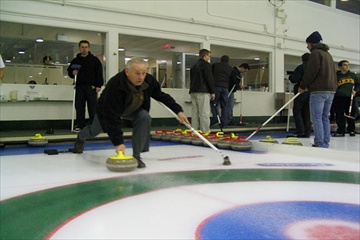 It wasn’t until the first Olympic Winter Games in 1924 that international curling competition took place, with Great Britain taking the gold. Now, it’s normal for athletes from around the world to play.

Teams are made up of four people, with each player throwing two stones per turn while teammates sweep the ice with brooms to direct the stones. The goal is for the team to get more stones closer to the center target than the opposing team. Two teams compete at one time, each team alternating their shots, with players in four different positions:

Vice: Throws third stone, holds the brush for the Skip, and only sweeps the Lead and Second’s stones. This role is more difficult because there are more stones already thrown.

Skip (team captain): Throws last, holds brush for all other players, tells other players when to sweep, and watches the “curl” (direction) of the stones.

The two teams’ Skips direct the play for their teams, with team members throwing two stones at a time.

To begin, the lead delivers as the Second and Vice sweep, and the Skip watches the curl. The sweepers must judge how far the stone travels, all while the Skip hollers directions. When it is the Skip’s turn, the Vice takes the Skip’s position and the Lead and Second sweep.

When all stones are thrown, points are awarded for those closest to the target.

Every game ends with the opposing teams saying “good curling” to one another, followed by a handshake.

Confusing? Yeah, a little. But I can’t think of another sport where berating teammates and yelling “Harder! Faster!” is perfectly acceptable.

Headed to the 2010 Winter Olympics in Vancouver? Check out these free accommodations.