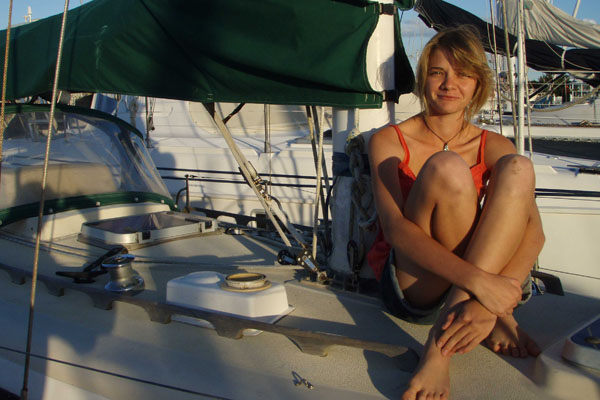 16 year-old Jessica Watson is back on dry land after seven months at sea.

I CAN’T SAY I didn’t get a little verklempt when I watched video footage of Jessica Watson stepping off of Ella’s Pink Lady and into the arms of her family. They hugged and cried; she was gone, after all, for 210 days. Being that my interview with her in June of last year was my first ever, the story holds a special place in my heart, so it was especially touching to to see her complete her journey.

32 cans of Spam, 64 cans of tuna, 32 cans of pineapple, 576 chocolate bars, and 290 freeze dried ready meals later, she can call herself the youngest person to sail solo around the globe. Only issue is, it won’t be recognized by the World Speed Sailing Record Council.

But ocean swells as big as 4-storey buildings didn’t faze her, and neither will this. In fact, her camp already knew this since the council discontinued its under-18 category after Jesse Martin, a fellow Aussie, broke the record in 1999 when he was 18. Her response:

Call me immature but I’ve actually been having a bit of a giggle over the whole thing. If I haven’t been sailing around the world, then it beats me what I’ve been doing out here all this time!

Why did she do it?

With all that time on the boat, she must have had opportunities for self-reflection. In her blog she talks about one, which came when she was about half-way around the world: 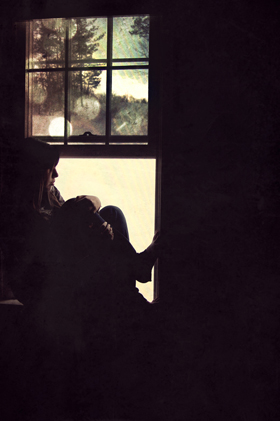 When I first dreamt of sailing around the world, the first thing that caught my attention, was curiosity about whether or not it was even something that was achievable.

It wasn’t so much the action and adrenaline parts that appealed to me, but thinking about all the details and finding ways to minimize the risks. I wanted to challenge myself and achieve something to be proud of.

And yes, I wanted to inspire people. I hate that so many dreams never actually become anything more than that, a dream.

I’m not saying that everyone should buy a boat and take off around the world, but I hope that by achieving my own dream, I’m showing people that it is possible to reach their own goals, whatever they might be and however big or small.

Although she would like to say that she didn’t do it to prove a point, it isn’t entirely true. Being brushed off in the sailing world based on her age and gender frustrated her. She knew she could handle certain tasks but wasn’t given the opportunity.

I hope that part of what I’m doing out here is proving that we shouldn’t judge by appearance and our own expectations. I want the world to know exactly what ‘little girls’ and young people are actually capable of!

If you haven’t followed her story, shortly after departing Brisbane on her way to Sydney to start the trip, she had a run-in with a merchant ship. 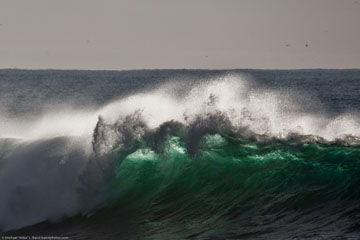 Basically, she got ran over. She wasn’t injured in the event, but her boat, Ella’s Pink Lady, sustained some damage. The critics’ voices became more vocal.

John Morrissey of the Australian Family Association said this:

I’m a secondary teacher and I’ve been teaching 15 year-old girls for 42 years and I’d be amazed if any of them could cope with something like that. I don’t know how closely they are shadowed…but on long-distance epic journeys like that there is a lot of isolation and it is normally people of 50 or 60 who have the sort of maturity needed to deal with it.

Bill Muehlenberg, secretary of the Family Council of Victoria, called the venture “irresponsible.” Furthermore, “it sounds fairly reckless indeed given that even old experienced sailors can get into a lot of strife.”

Some comments from the general public:

One of the men greeting Jessica on her return was Australia’s Prime Minister, Kevin Rudd. In his speech, he referred to her as a hero. When Jessica took the mic afterward, she rebuffed the label, stating:

I’m an ordinary girl who believed in her dream, you don’t have to be someone special to achieve something big. You just have to have a dream, believe in it and work hard, anything is possible.

With her signing a $700,000 deal with Rupert Murdoch and securing other contracts, a book deal, a documentary, and merchandising, she will be left open to attacks from people insisting she, or her family, was in it only for the money and fame. 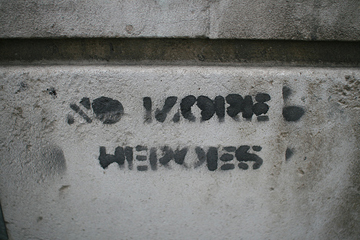 This is a shame.

For people to judge her and her family like this while fat cats around the world are getting rich off of other people’s work and we’re glued to the television watching American Idol and Big Brother — we should be discussing these issues, not questioning the motives of a teenager who dreamed big.

And that’s all she is. A young woman who wanted something so badly that she did everything in her power to make it a reality. I hope she gets everything she deserves.

Jessica’s story embodies the Matador spirit of chasing your dreams, beating your fears, and taking the road less traveled. Show Jessica your support and send her a Welcome Home message.