View all travel news
Top Destinations
Top CitiesView All Destinations
Trending Regions
Trending Cities
Load More
With Paul Robinson calling his new climb Lucid Dreaming a V16, the US now has two boulder problems at the top of the grade scale. We take a side-by-side look at them.

Robinson’s problem follows Daniel Woods’ claim of V16 for The Game, which he climbed in February. While neither of the problems has been repeated yet, Chris Sharma visited Robinson’s project and reportedly backed the high grade.

Boulder problems are usually ranked on the Hueco, or “V”, grading scale in the US; V0 is the easiest. While the scale is open-ended, the hardest problems climbed so far have been V16.

Considering that Robinson and Woods have been competing for years, it’s hard not to compare the two. Though I’m in no way qualified to decide whose problem is harder, Robinson’s is definitely the scarier-looking of the two, reaching well into the “no-fall zone.” Here’s how it breaks down: 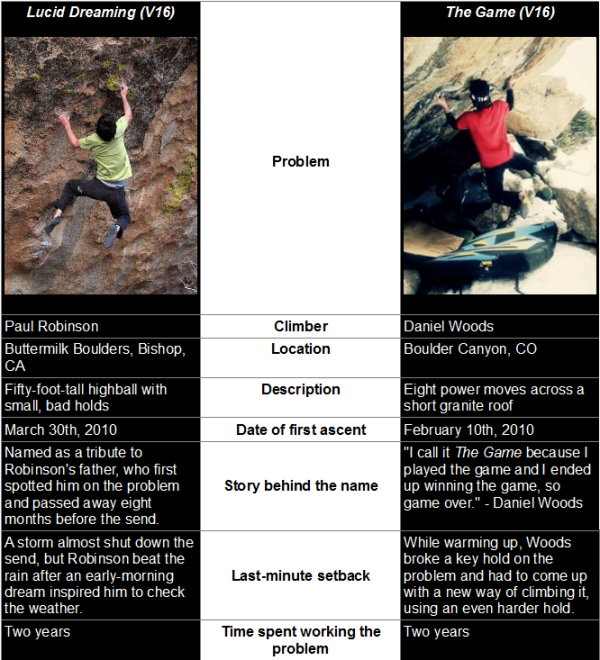 Kevin Jorgeson is pushing the limits of a very different kind of climbing. See our interview with him about freeing El Cap’s hardest route with Tommy Caldwell.