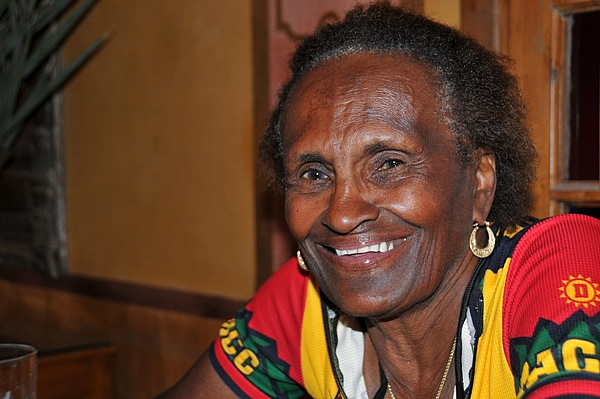 ON A RECENT BIKING trip through Egypt traveling with Egypt Bike and Sail, I was introduced to athlete Alpha Bennett by Ann Lombardi of The Trip Chicks. A lady of few yet poignant words, we quickly realized Alpha was a doer, not a talker. She frequently left us behind as we cycled through the Arabian Desert.

Intrigued by her athleticism and discipline, I caught up with Alpha over lunch in Luxor for a few words.

Born on March 10, 1938 in Bermuda, Alpha spent her childhood in the port town of Hamilton before moving to New York to live with her aunt at the age of 14.

Have you always been an athlete?

Growing up in Bermuda, everyone had to participate in sports in school. It was called Physical Education: PE. 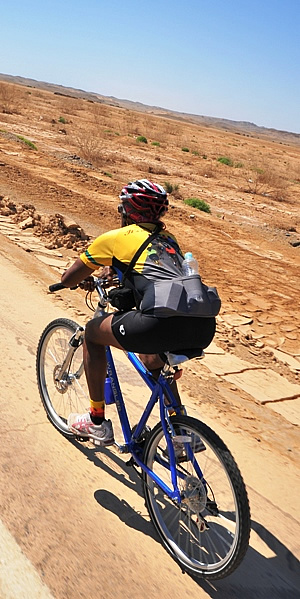 Tell me a little bit about your life post-Bermuda

I met my late husband who was in the Air Force at the time, and became a military wife, moving from place to place. We lived in Florida and Arizona. I now live in Atlanta, Georgia.

So when did you get interested in competitive sports?

It actually wasn’t until I was in my forties. My daughter was in the ROTC, and she invited me to a boot camp-style exercise class.

This was fun, and at that moment, I realized I could actually enjoy doing this.

When was your very first race?

And it started from there.

Since then, I’ve finished 8 full marathons and complete an average of 3 races per month.

Wow! That quickly adds up.

It does. I’ve participated in hundreds of races. With running marathons, hiking, and biking, you get to see more of a country that way.

You’re quite the avid traveler. How many countries have you been to?

Roughly 50 countries. I love Senegal and Morocco. I run with the DeKalb Striders Running Club and travel quite a bit with the Metro Atlanta Cycling Club as well as my travel buddy, Ann [The Trip Chicks]. I recently completed the Akureyri Marathon in Iceland. There were 68 entrants, I believe, and 10 were Americans.

Have you tried any other adventure sport?

I went skydiving for my 65th birthday. I remember a funny incident when Ann and I went kayaking once. We had this old fashioned kayak, and have no clue how to navigate it.

As we went downstream, people started gathering on top of rocks to see what we were doing. Once we came to a tricky drop, our kayak did some weird 360 degree move and went straight up the rapids. People were applauding and saying we’d just done a complicated move.

We had no idea what they were talking about. 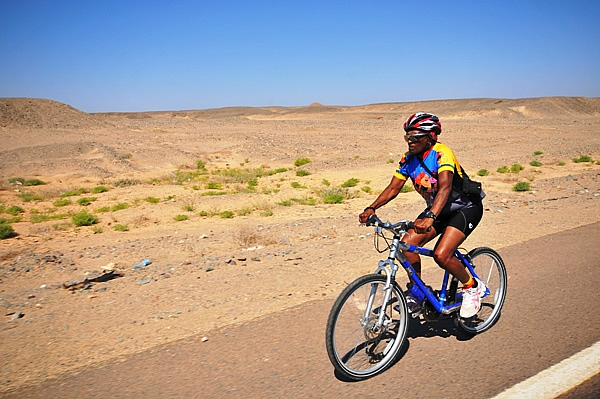 I hear you love couchsurfing

I enjoy it. You get to meet so many interesting people. I recently couchsurfed in Romania and Bulgaria. In Bulgaria, we stayed with an Orthodox priest who was into hot-rodding so we nicknamed him the “Grand Prix Priest.”

So what’s your secret, Alpha? There has to be one.

There really is no secret. You have to truly love biking, swimming, running or whatever it is you’re doing. Either you like exercising or you don’t. If I didn’t like it, I most definitely won’t be doing it!

Tagged
Interviews Bermuda Egypt
What did you think of this story?
Meh
Good
Awesome

How To See the Best Bermuda Caves, Including Several You've Never Heard Of