Editor’s note: As a lifelong kayaker, I’ve often said that paddling is all about getting access to places you couldn’t reach otherwise: deep box canyons, a single peaceful eddy in the middle of a turbulent boulder garden, remote stretches of river, views from the lip of a waterfall.

A few years ago, however, while in Patagonia, I tried canyoning or “canyoneering” and realized that this was yet another — perhaps even more accessible way. Canyoning is essentially traversing a river canyon or steep creek minus a kayak. Teams use a mix of climbing techniques and equipment, then swim, climb, rappel, scramble, and sometimes jump to descend the terrain. Over the last year, MatadorU alumnus and full-time photographer Rui Romao has traveled to epic gorges in Spain and his native Portugal to bring these 12 views into canyons that few people ever get to see. 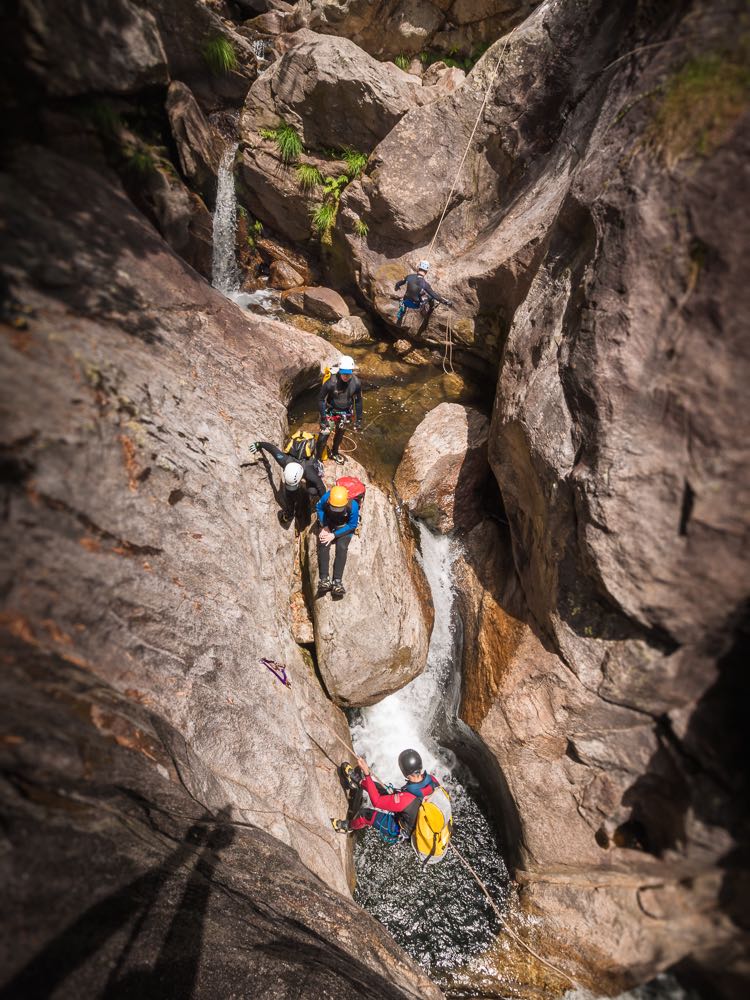 In this section of the River Lordelo, Server do Vouga, Portugal, our group slows down to deal with a series of rappels. This was a good opportunity for me to climb to a point of view where I could take a wider photo, showing the scale of the terrain. In canyoning, you’re constantly tackling objectives together as a group, which leads to a strong sense of teamwork, accomplishment, and friendship. 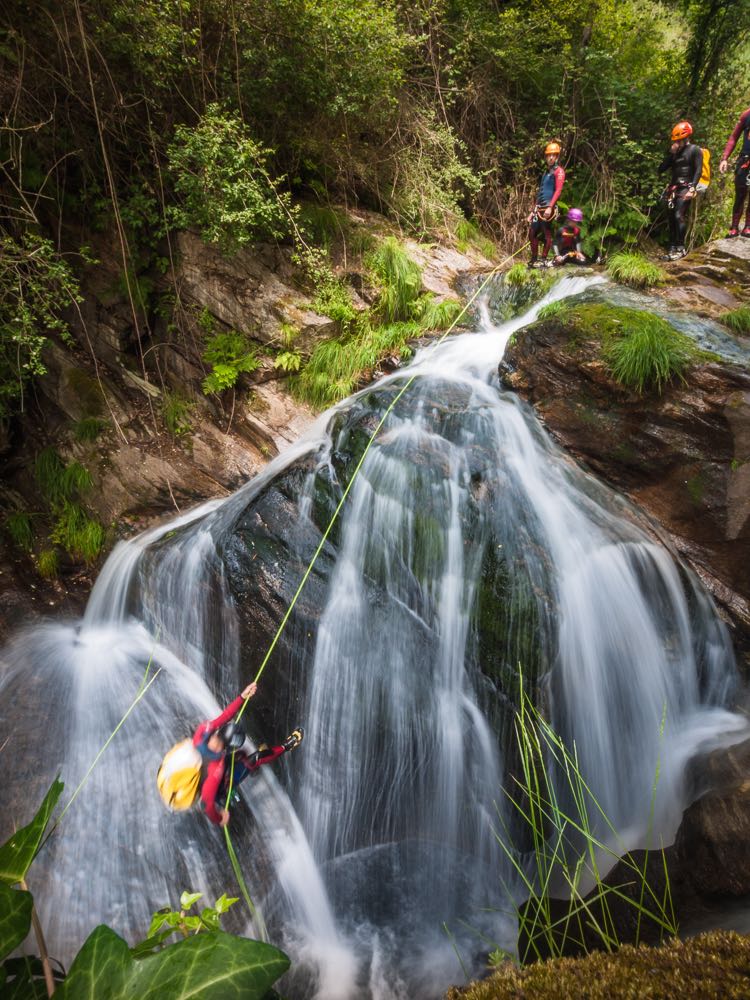 On this waterfall in the River Lordelo, we improvised a second rappel line, which helped us descend the obstacle in half the time. 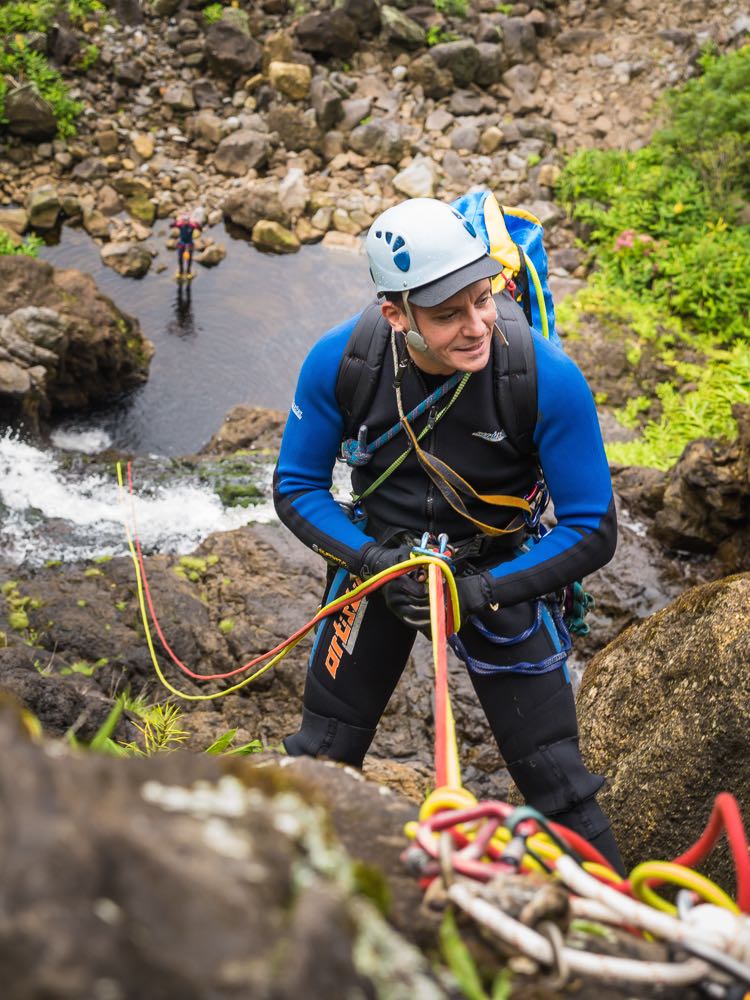 This is the last of a sequence of nine rappels on a route that was physical and technically demanding. Happy to be almost through this tough section, Luis lets out a smile before descending a face in Ribeira do Ferreiro. 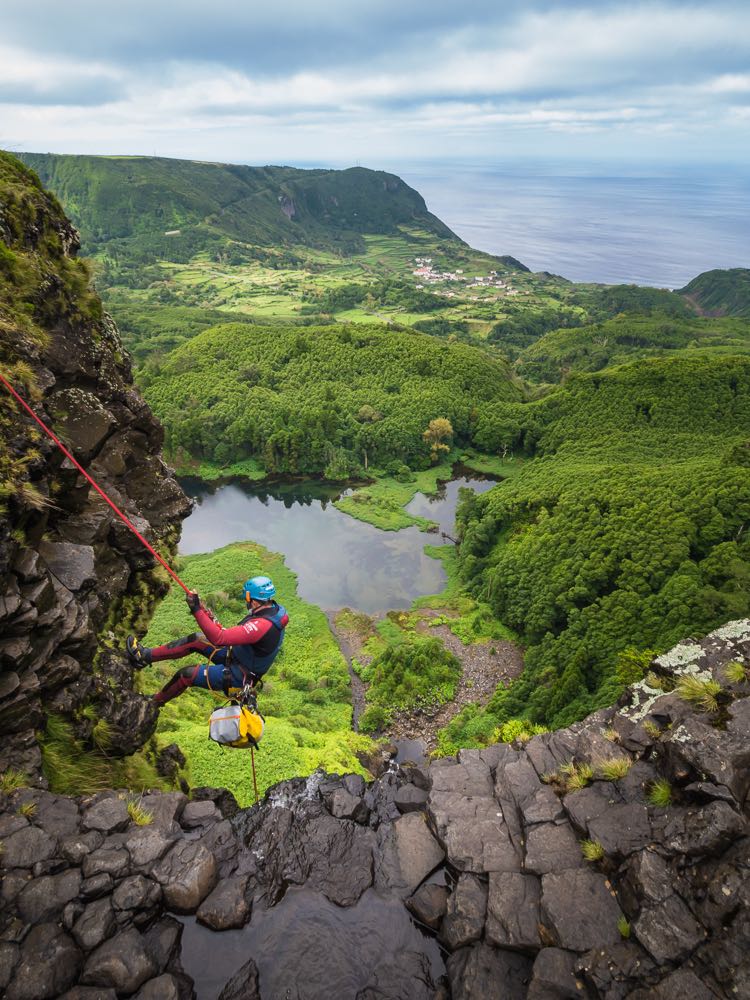 The Ribeira Funda Da Ponta Ruiva is on Flores Island in the Azores, Portugal. The entire archipelago of the Azores has islands with intense volcanic lakes and cliff-lined coastal areas. 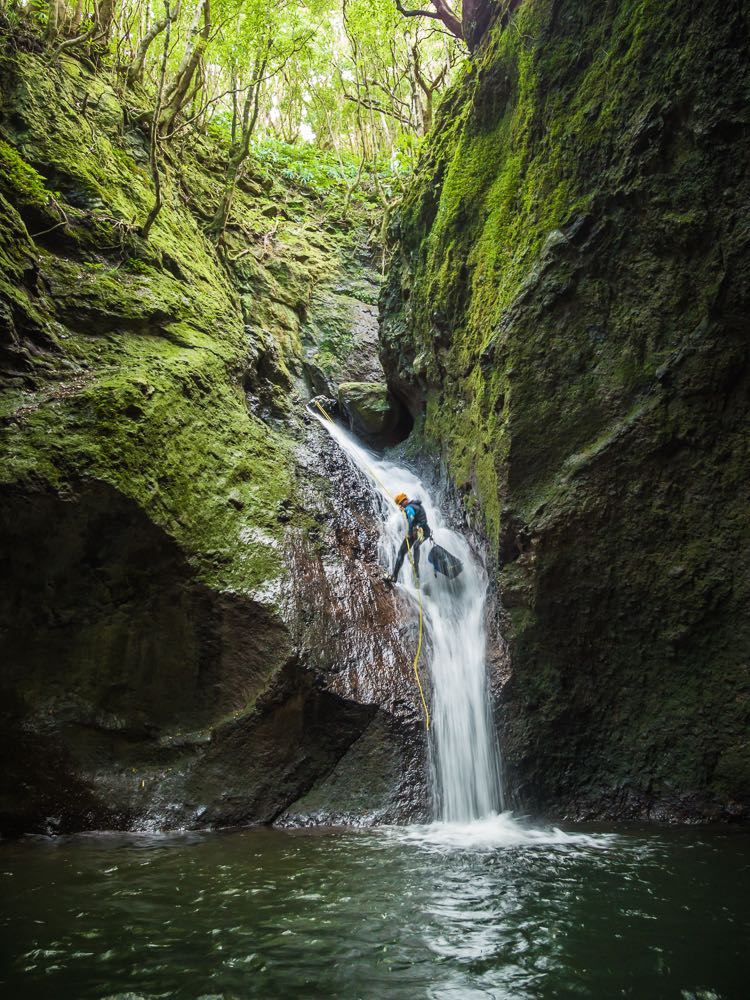 Canyoning involves challenging swims, such as ferrying from one section of the river to another, or shooting upstream. Here, a climber prepares to enter deep water after descending a waterfall in Ribeira Funda Da Ponta Ruiva. 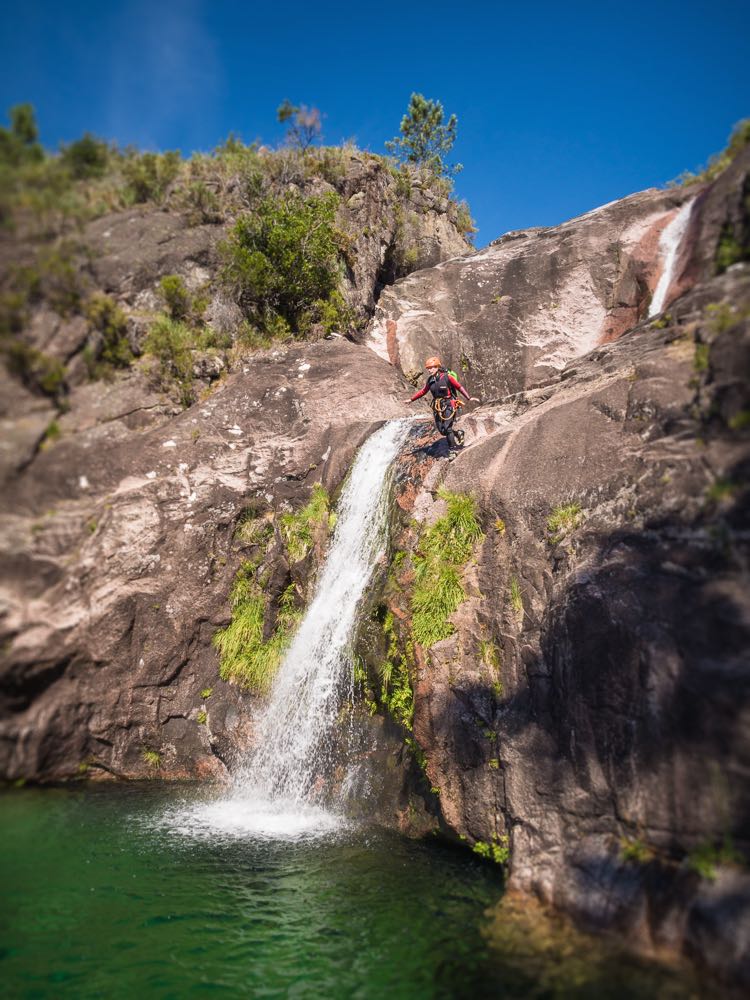 Sometimes the terrain is such that instead of rappelling you can just jump into pools. Here on the Margarida, in Corga Da Fecha, Spain, we found a jump. 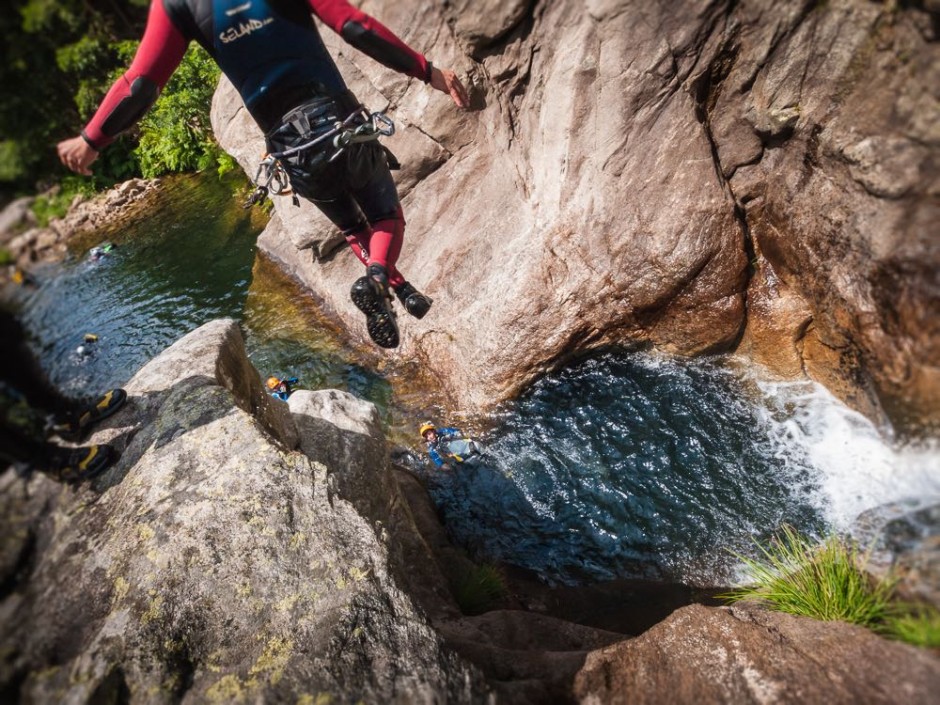 As part of canyoning, however, you must constantly assess options. Prior to making the jump above, another member of our team rappelled down to the pool to check conditions. There was no debris, such as rocks or tree trunks, but the landing area was no more than two square meters. One-by-one, we tossed our backpacks down so we’d have more agility for the jump. 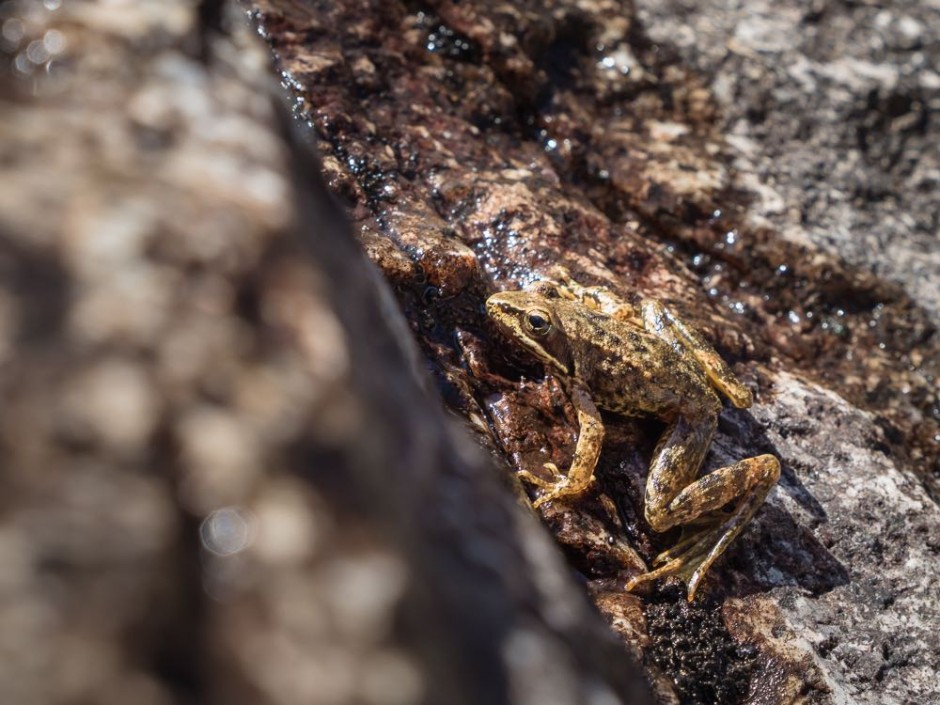 We found this little frog halfway down a canyon in Galicia. 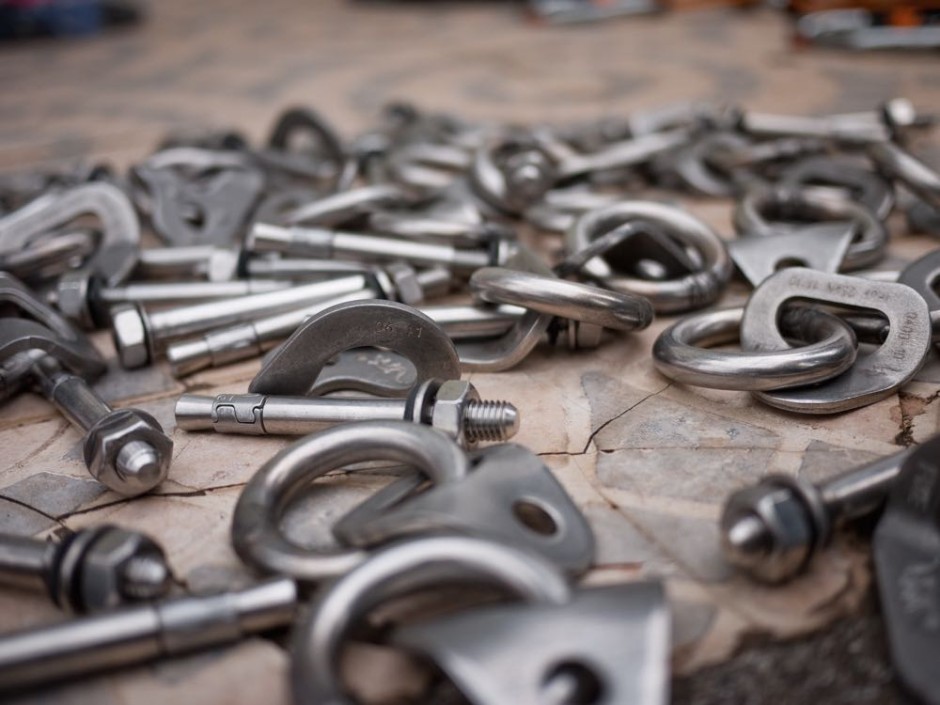 When packing to explore a new canyoning, canyoneers carry a drill and plenty of “spits” for equipping anchor points. 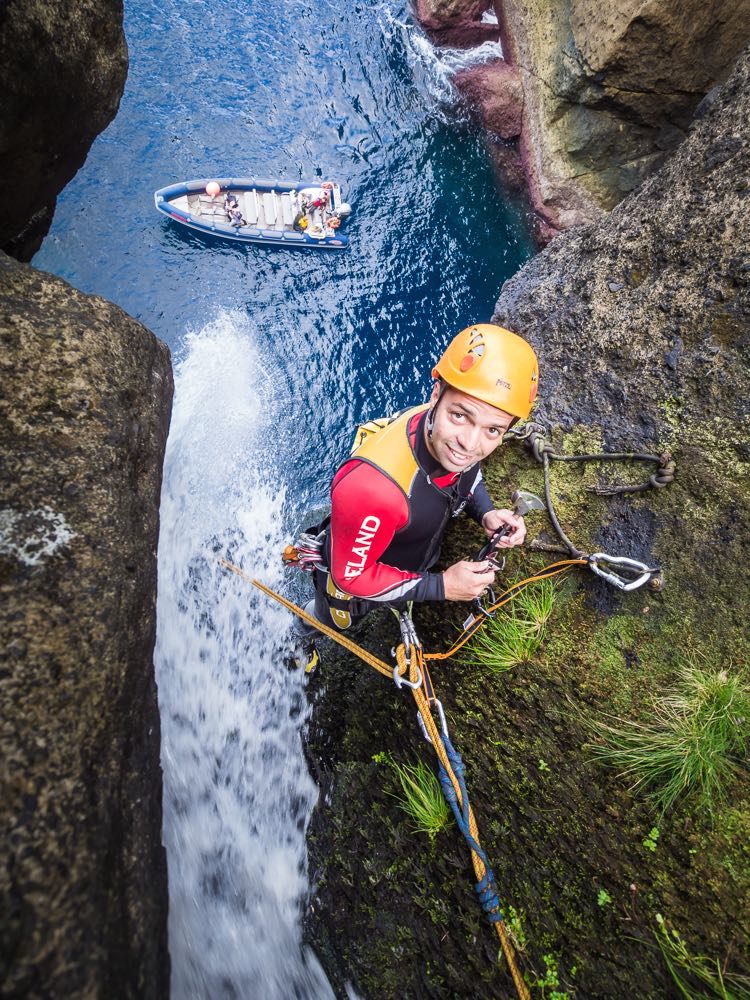 Seasoned canyoneer Rui Borges replaces old and rusty anchor points on a waterfall that feeds into the ocean on the Flores Island in the Azores, Portugal. 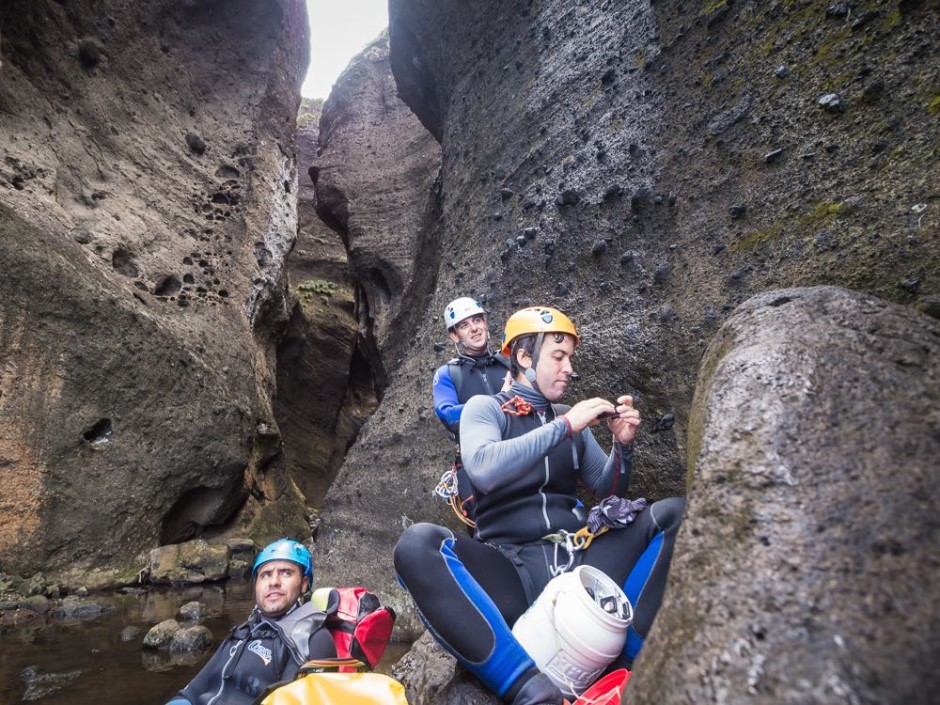 Canyoneers must pack in all provisions, and the constantly fluctuating weight of your pack changes the way you navigate the terrain. 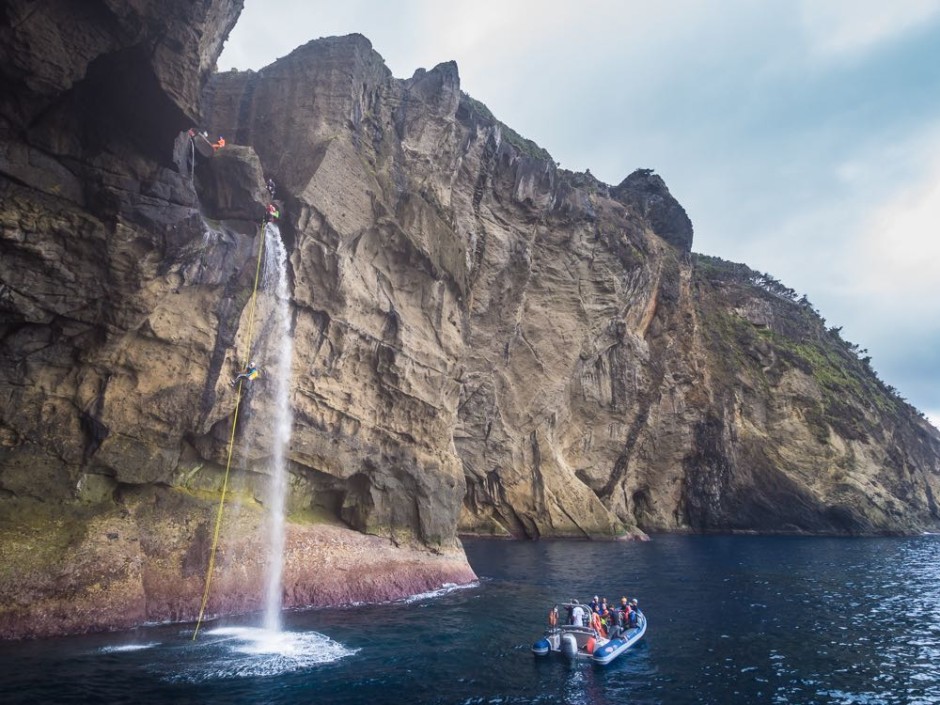 At the end of a climb in the Flores Islands, we descended an incredible waterfall to the ocean, where a boat was waiting to take us back to dry land.

Tagged
Hiking Student Work Spain Portugal
What did you think of this story?
Meh
Good
Awesome