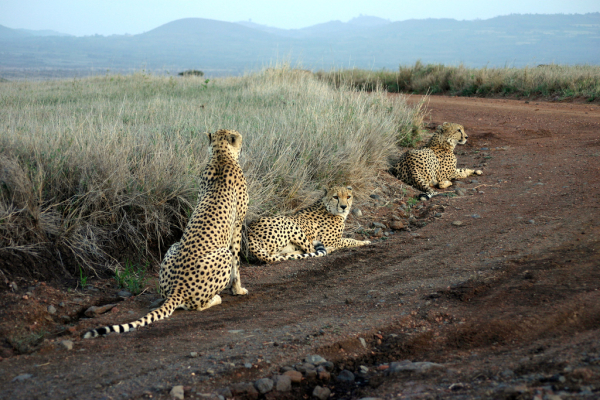 I was less than a mile from the finish line of my first half marathon, and I wasn’t sure that I could make it. My mouth was dry and my legs were quickly filling with cement as I plodded down the red dirt path. Forward momentum was the only thing keeping me in motion.

Well, that and the fact that Bob, a 40-something diplomat from the local American embassy, was beating me. Me, a 25-year-old athlete and former high school soccer state champion.

Sure, Bob was an avid long-distance runner, and I had never run more than four consecutive miles in my life. But it was the principle of the thing: he was older and fatter than me, and I wanted to beat him. As long as the remainder of the course continued downhill, I thought I just might have a chance.

That’s when I spotted the Grevy’s zebra. It was trotting through the grass on my right, headed directly toward the path in front of me. The zebra hadn’t noticed me yet. I had no idea what it might do when it did. Zebras are notoriously ill-tempered and known to panic under stress.

I found myself trapped in a game of chicken that could have been torn from the pages of National Geographic. If I stopped now, so close to my goal, I might not be able to start again. If I didn’t yield to the zebra, I risked spooking it and suffering even worse consequences. 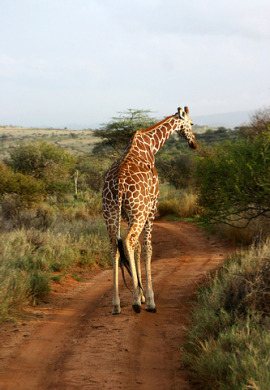 Described by Runner’s World as ‘one of the ten races of your life,’ the Safaricom Marathon isn’t easy. Held every June among the rolling plains of the private Lewa Wildlife Conservancy in northern Kenya, the footrace covers a 20 kilometer loop of trail usually traveled by photographers in all-terrain safari vehicles.

But a walking safari this is not. Averaging temperatures of over 80 degrees Fahrenheit and an altitude of 5,500 feet, the Safaricom Marathon’s course would be daunting even without the wildlife. It’s not a race for setting a personal record.

It was in no way a love of the sport that drew me to join Bob and his ragtag team of Marines and Canadian expats in the half marathon race. When strangers found out that I was planning to run, I felt obligated to clarify.

My feeble attempt at training in my Kenyan village soon became a chore. Afternoon runs ended with me surrounded by a gaggle of giggling, barefoot children who were as obnoxious as they were adorable, tripping over themselves and me as they ran to keep up. On pre-dawn runs, the ancient, 14-seater vans used for public transportation would screech around blind corners and drive me off the road.

As quickly as I had begun, I stopped running. I convinced myself that a lack of training would make the race more of a challenge.

Besides the harsh conditions and dangerous wildlife, the Safaricom Marathon is also run by some of the world’s fastest athletes. Kenya’s marathoners are famous for their endurance and speed, setting records almost everywhere they compete. At Lewa, Kenyan runners consistently take the top 20 spots.

In the half marathon, I competed against former marathon world record holder Paul Tergat. I didn’t even come close to catching sight of him. I didn’t catch Bob either, though he was much closer – just around the corner, only a minute ahead.

Fortunately, I won the contest that really mattered. Once my zebra challenger finally caught sight of me on the trail, he conceded defeat, pulling up short with a snort and a shake of his mane. I thanked him silently as I jogged past.

It’s not every marathon that has to be postponed because a lion is hanging out around the starting line, as happened in Lewa last year. Sign up for the Safaricom Marathon or learn more at the race’s website.

7 underrated spots in the US for stunning fall colors beyond New England
For the perfect day of hiking and Colombian coffee, head to Jardín
The most underrated, crowd-free national monuments in the West
The tallest, spikiest, and most colorful cactuses you can see in the Southwest
Watch the Perseid meteor shower light up the sky this August