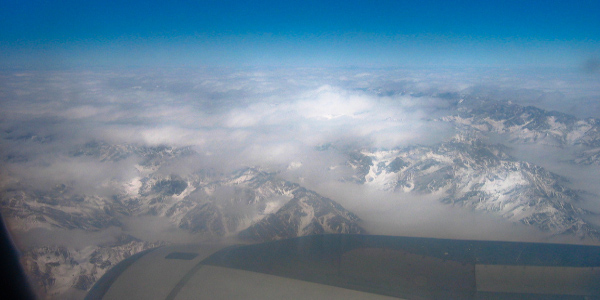 Faced with uncertainty and tragedy, the climbing community bands together to launch an international search and rescue operation.

On June 3, three climbers from Colorado missed their flight from Chengdu, China, back to the United States. Jonathan Copp, Micah Dash, and Wade Johnson traveled to Sichuan province to attempt a new route on 22,368 foot Mt. Edgar. The team of highly experienced climbers set out for base camp on May 20, 2009, and had not been heard from since.

Almost immediately, friends, family, and the climbing community as a whole, sprung into action to launch a search and rescue operation. Climbers in Colorado spent their savings to expedite visas and buy plane tickets. Climbers in China raced towards base camp to survey the scene. Donations flooded a site set up to help finance the effort. 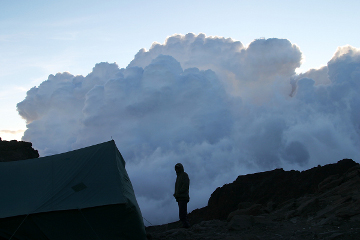 Weather is an unpredictable obstacle for alpinists.
Photo: blhphotography

Of course, it is not uncommon for climbers attempting new routes on big mountains to miss their return dates.

Dealing with unknown terrain, route conditions, and changeable mountain weather is part of alpinism and something that can make a climb take days longer than anticipated.

Knowing this, friends, family, and concerned onlookers remained optimistic as days passed with no news.

Then, on June 6, 2009, the initial search team reported that a body had been found in avalanche debris near the base of the mountain. It was later confirmed to be that of Jonny Copp. A day later a second body, thought to be that of Wade Johnson, was found. Despite this discouraging news, the effort continued in full force, with waves of climbers entering China to assist.

The reaction to this uncertain, tragic, situation demonstrates, without a doubt, the love of the friends and families of these three climbers and it shows the strength of the climbing community.

As Bruce and Susan Johnson, Wade Johnson’s parents, explained in a statement:

Our hearts and thoughts are with the family, friends, and search-team members as they continue their efforts.

Please consider helping the effort by giving a donation to the cause. More information is available at adventurefilm.com.

For the perfect day of hiking and Colombian coffee, head to Jardín
How to hunt for mushrooms in Oregon’s coastal rainforest
COVID-19 has changed gorilla trekking for good
Colorado’s new Palisade Plunge is the ultimate mountain bike mega-trail
The 20 most Instagrammed waterfalls in the world