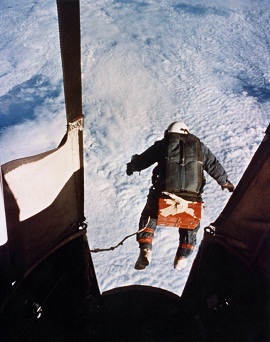 Austrian skydiver Felix Baumgartner is planning to jump from a balloon 23 miles above the Earth’s surface. If he succeeds, he’ll break a 50-year-old record and become the first person ever to fall faster than the speed of sound.

Nicknamed “Fearless Felix,” Baumgartner has made over 2,500 jumps, including BASE jumps off of the Petronas Towers and Taipei 101 and a carbon-wing flight across the English Channel.

Now, he’s preparing for his biggest stunt yet, a jump from the Earth’s upper atmosphere that, if successful, will be the highest and fastest jump in skydiving history.

The plan calls for Baumgartner to take a balloon high into the stratosphere, to an altitude of about 120,000 feet. Wearing a modified space suit, he’ll then open the door and step out of the gondola.

Baumgartner will be in free-fall for about five and a half minutes, during which time he expects to break the sound barrier. By the time he deploys his parachute, he will have traveled over 21 miles straight down.

“When I jump, I’ll be going on a journey that no one has ever done,” Baumgartner told England’s Sunday Times. “But you absolutely can’t let fear take a hold of you.”

Red Bull is sponsoring the jump, which will likely take place sometime this year at an undisclosed location in North America. The event will be broadcast live via streaming video. 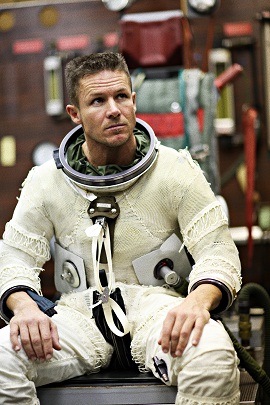 The current altitude record was set in 1960 by Joe Kittinger as part of an Air Force program dubbed Project Excelsior. Kittinger, then a test pilot, made a series of high-altitude jumps, culminating in a 102,800-foot leap from a balloon above the New Mexico desert.

What is it like to fall from space? According to Kittinger, who’s now working on the Stratos team, it’s surprisingly peaceful. With little air resistance, there’s almost no sensation of falling at high altitudes.

“There’s no sound, no movement,” Kittinger wrote in his autobiography. It’s like being suspended in the sky.

At that altitude, skydivers’ are almost completely dependent on their gear. Many of the attempts to break Kittinger’s record have ended with equipment failures, with one skydiver dying after his helmet depressurized mid-jump.

Kittinger himself was almost killed during the first Excelsior jump when his drogue chute, a small parachute meant to stabilize his fall, deployed too early and got wrapped around his neck.

To prevent possible gear problems, the Stratos team has spent three years planning and constructing the gondola and pressure suit that Baumgartner will use for the jump. Baumgartner also hopes to not have to use his drogue chute, and plans instead to control his descent with just his body position.

Reaching the Speed of Sound

The biggest unknown for Baumgartner is how his body will react when he reaches the speed of sound. Scientists assume that he’ll be able to stay conscious, but they can’t say for sure. 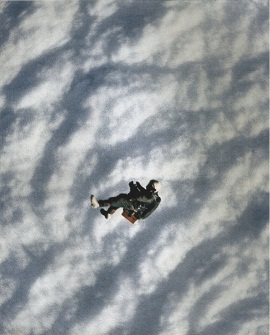 “We just don’t know what will happen to Felix and the suit when he goes supersonic,” Stratos engineer Mike Todd told the New York Times. “Felix could slip right through it, but if half the suit’s supersonic and the other half isn’t, there could be turbulence that knocks him out of control.”

To find out how Baumgartner’s body behaves as he breaks the sound barrier, scientists will fit him with instruments to monitor his heart rate and his acceleration. Video cameras built into his suit and the gondola will record his descent.

Besides gathering data on how the human body performs under extreme conditions, Baumgartner and Stratos hope that the jump will help contribute to the development of new emergency escape procedures for astronauts.

Find out more about the jump on Red Bull Stratos’ site.