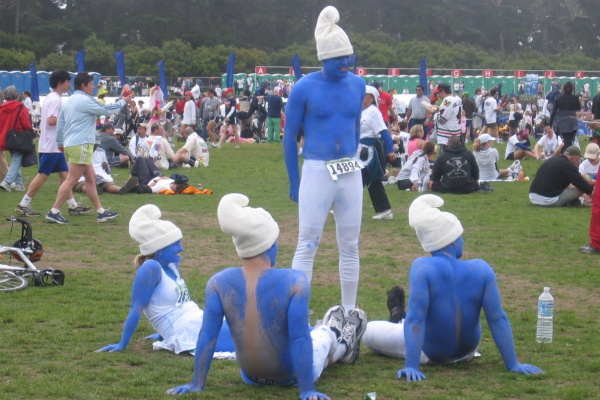 Forget baseball. Forget football. These are the five sports you should be watching. 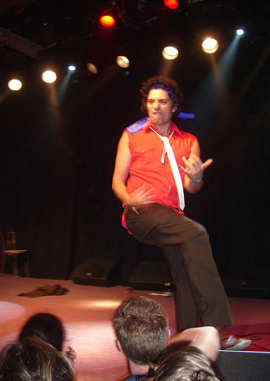 Lycra pants, manic hip thrusts, and competitors with names like “Pelvis Fenderbender” and “Hot Lixx Hulahan.” How can you go wrong?

Competitors are judged on stage presence, technical merit (how much they look like they’re really rockin’ out) and “airness” (how much they transform their performance into a work of art).

Check out this video for one epic air guitar performance, which also features what might just be the best use ever of a Hello Kitty breastplate.

Trust me, there’s nothing scarier than being passed by a naked male jogger whose junk has lost its battle to San Francisco’s chilly winds. But it’s all par for the course during Bay to Breakers, the city’s annual 12 km race in honor of all things audacious and zany.

With more than 65,000 racers and 100,000 spectators, it’s one of the largest footraces in the world. If you join in, you’ll find yourself jogging alongside stormtroopers, human centipedes, Elvis impersonators, and more than a few brave souls who choose to race in nothing but their shoes. 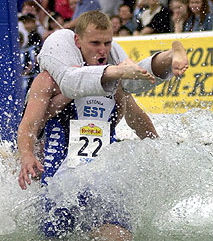 From the same brilliant minds that brought you the air guitar championships comes the zany Finnish sport of wife carrying.

The objective of this sport, which was first introduced in Sonkajarvi, Finland, is pretty simple. A male competitor must race through an obstacle course filled with sand, water, and hurdles in the shortest amount of time possible while carrying a female on his back.

The male can carry his female teammate (who doesn’t actually have to be his wife) one of three ways: over the shoulders, piggyback, or “Estonian-style”, in which the woman hangs upside down and backwards with her legs wrapped around the man’s head and her arms wrapped around his waist.

The annual world championships also feature a relay event, in which the male partner must chug a beer before passing his female teammate off to another man.

Inspired by a drunken argument over who could run long distances faster, a man or a horse, comes this annual race from Llanwrtyd Wells, Wales.

The course traverses 22 miles of rough and hilly terrain. Only twice since the race’s inception in 1980 has a human runner emerged victorious. 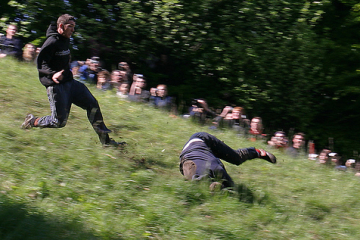 At this annual race, held on Cooper’s Hill in Gloucestershire, England, participants hurl themselves downhill in pursuit of a 7-pound wheel of double Gloucestershire.

The first person to reach the bottom of the hill wins the cheese, although most participants fail to stay afoot and end up tumbling across the finish line.

Before you head outdoors, be sure you’re respecting sacred grounds
For the perfect day of hiking and Colombian coffee, head to Jardín
How climate change will alter chocolate as we know it
The 7 most haunted campgrounds in the United States
Crush your sports and training goals with these plant-based nutrition tips

May 21, 2020 Noelle Salmi
✖
travelstoke
Download the mobile app
stoked by