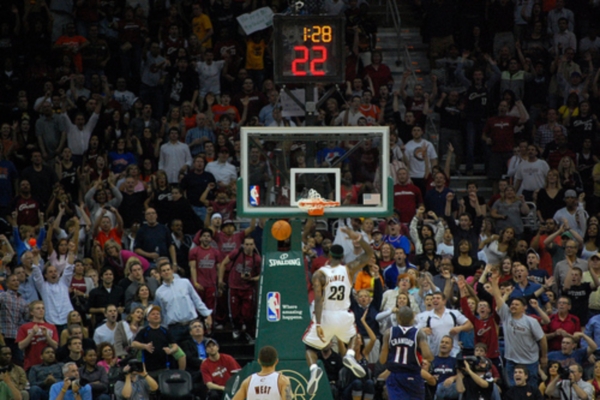 The two-time NBA Most Valuable Player, LeBron James, has decided to leave the Cleveland Cavaliers for the Miami Heat. Cleveland business owners shudder in fear.

LEBRON’S WHOLE CAREER has centered around playing for the Cleveland Cavaliers, since 2003. When he announced his decision to leave, it was not just the fans who became upset.

Business owners in Cleveland are afraid that LeBron leaving the area means an overall decrease in revenue. After all, LeBron is directly responsible for increasing season-ticket and merchandise sales, as well as bringing more business to local restaurants, hotels and bars during game days.

The Globe and Mail have identified this concept as “athlete as industry”:

Short of running for President – something the 25-year-old can’t do for another decade – James embarked on the most complex, costly and public job hunt in the world. The hiring of one player moved billions of dollars, generated unprecedented media attention and directly impacted the livelihoods of thousands of people. For more than two years, businesses ranging from Nike to ESPN to about six different NBA teams have prepared for one man’s career decision. 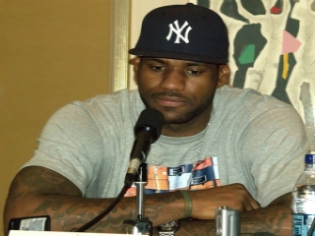 While visiting New York City in late June, I had noticed the city’s “C’mon LeBron” campaign displayed with huge signs and catchy ads. Mayor Bloomberg and other celebrities were also featured, in an attempt to bring LeBron to Madison Square Garden.

Even Chicago unsuccessfully campaigned to bring the athlete to their city with the hope of generating some huge profits. [Editor’s note: Mostly, we’re just tired of losing.]

LeBron’s influence is big. Almost as soon as he announced his decision to join the Miami Heat, the average resale value of season tickets rose to $8,250 from $3,239. It’s estimated that the team’s value has increased by approximately $40 million.

Even if LeBron is taking a pay cut on the court to join the Miami Heat, his off-court branding will make up for it with sponsorships and deals from huge companies like Nike.

So what does this mean for Cleveland? The response is divided: some people believe Cleveland has a lot more going for it than just a basketball team, but others feel James was the one-man enterprise that ran the show. Can the Cleveland Cavaliers keep the show going?

What do you think? Does one athlete have the ability to take down an entire economy? Discuss in the comments below.