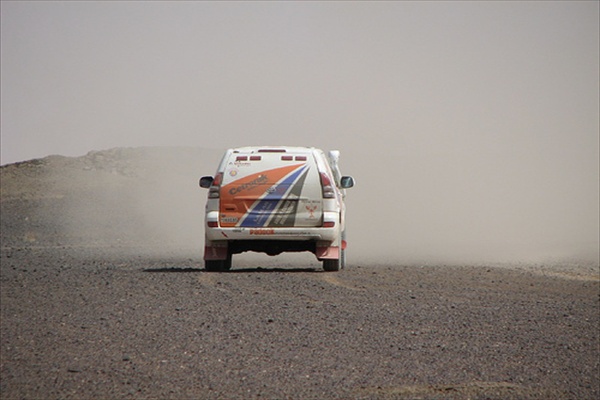 Deaths, political disturbances, and war can’t keep this rally down.

FROM JANUARY 1 to 17, 362 riders, drivers and crew on bikes, quads, cars, and trucks will cover 5,500 miles through Argentina and Chile.

Argentina and Chile are actually quite far removed from the race’s original route, from Paris to Dakar, Senegal. Its founder, Thierry Sabine, started the adventure in 1977 after getting lost in the Libyan desert on his motorbike during the Abidjan-Nice Rally. He was so inspired by everything he had seen that he wanted other adventurers to have the opportunity of experiencing the extremes along the route.

Since then, the race has been fraught with misfortune: drivers deal with desert sands, dangerous mountain passes, and determined opponents. Then there are issues like political disturbances and terrorism threats, which caused the Dakar to change its route from Africa to Argentina and Chile in 2009. 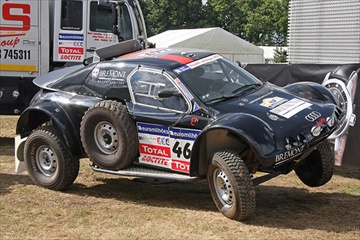 Every year, riders, crew, or bystanders get lost or killed during the Dakar, like Mark Thatcher, the son of Margaret Thatcher who was lost for 6 days in the Sahara in 1982. He got off lucky: more than 50 deaths have been reported since the race began.

Competitors aren’t the only ones at risk. On January 2, a 28-year-old woman was killed near Rio Cuarto when German driver Mirco Schultis and his Swiss teammate Ulrich Leardi accidentally drove into a crowd of spectators. Five others were also injured.

Schultis reportedly tried to help the girl and was overcome with grief, and later withdrew from the race. Of course, since then, people have been questioning the accident: were the spectators in an area where they were not permitted, or is Schultis entirely responsible?

Regardless, the Dakar does not seem to be slowing down anytime soon. To follow the race, check out the official website.

Do you think tighter safety regulations need to be enforced for extreme sports events like the Dakar? Share your comments.

Watch the Perseid meteor shower light up the sky this August
The best national parks for every type of traveler
This road trip shows there’s even more to Utah than its national parks
For the perfect day of hiking and Colombian coffee, head to Jardín
Take a car-free Colorado road trip with a bike, bus, and zero added emissions

6 places to study French outside of France